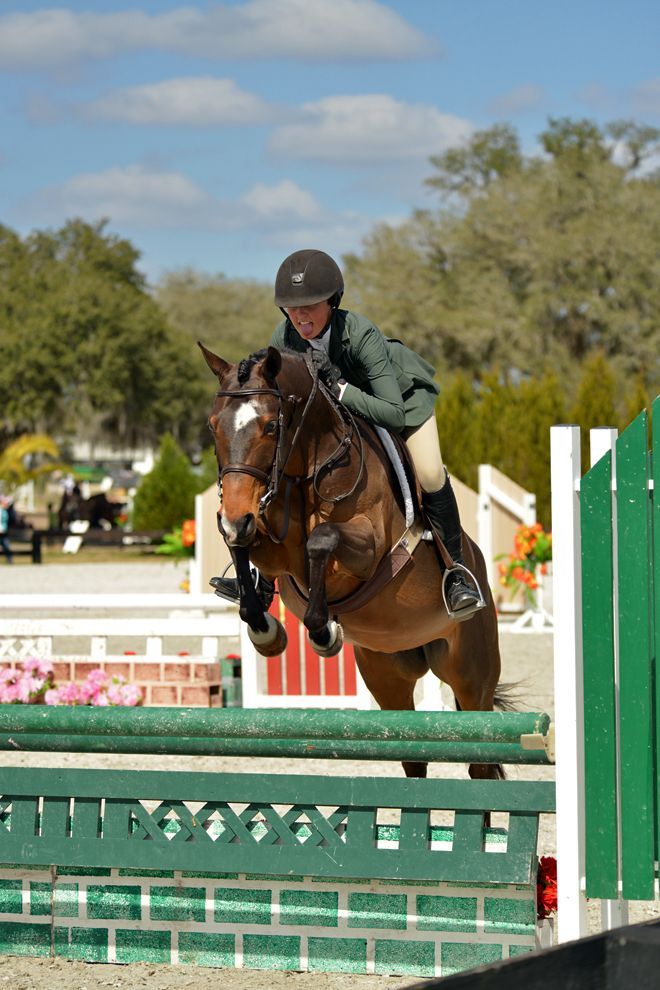 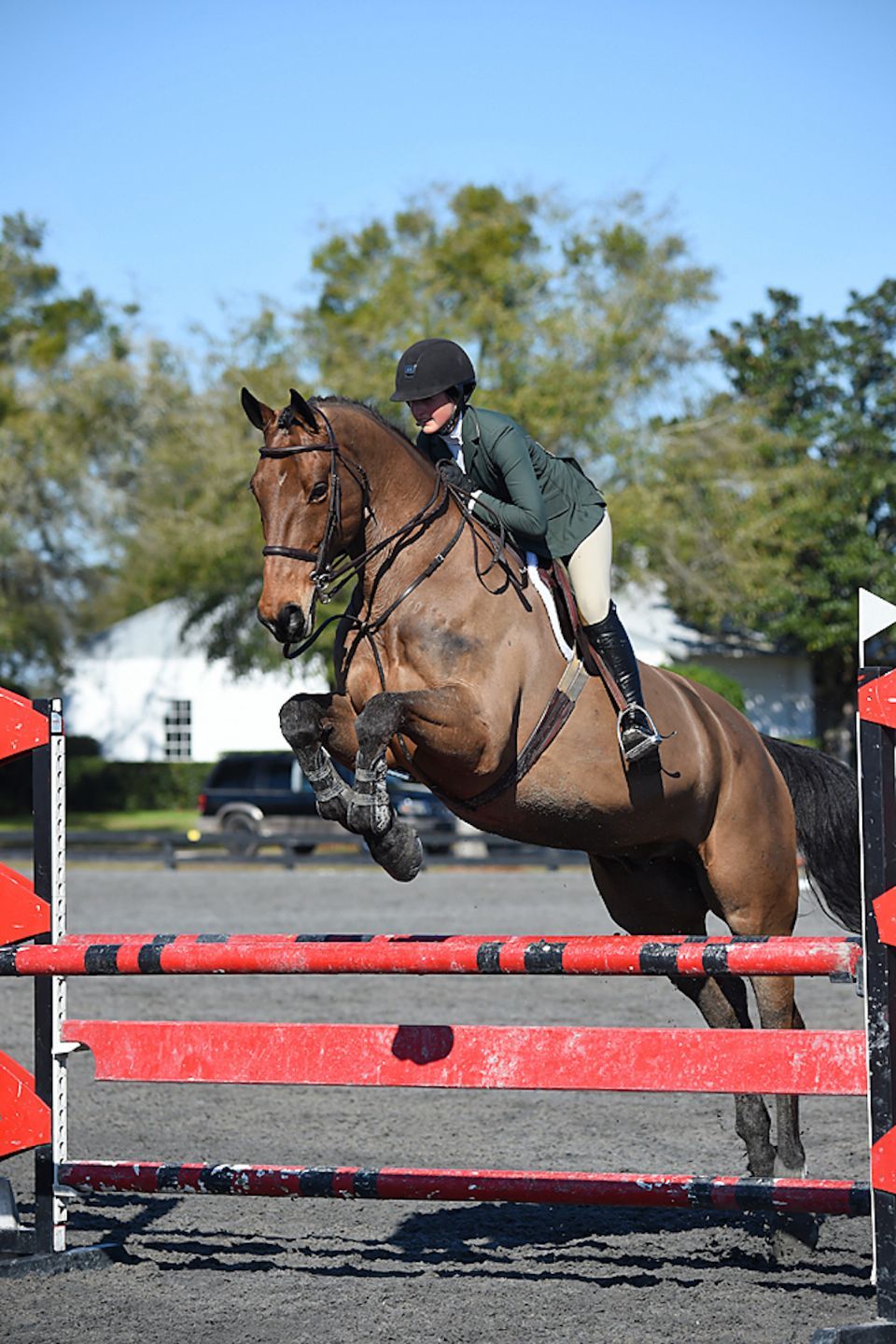 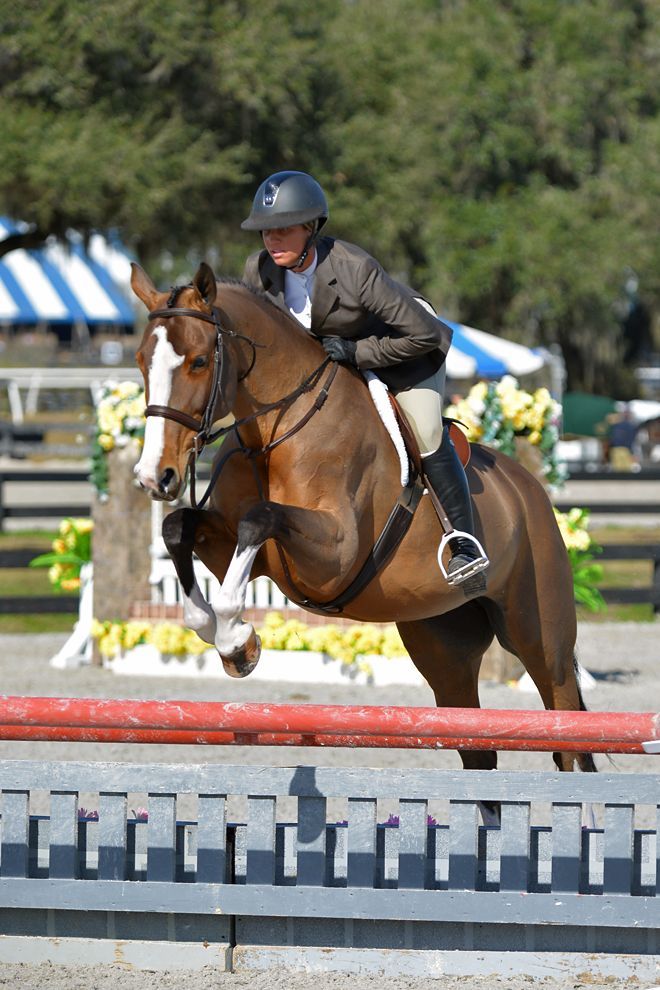 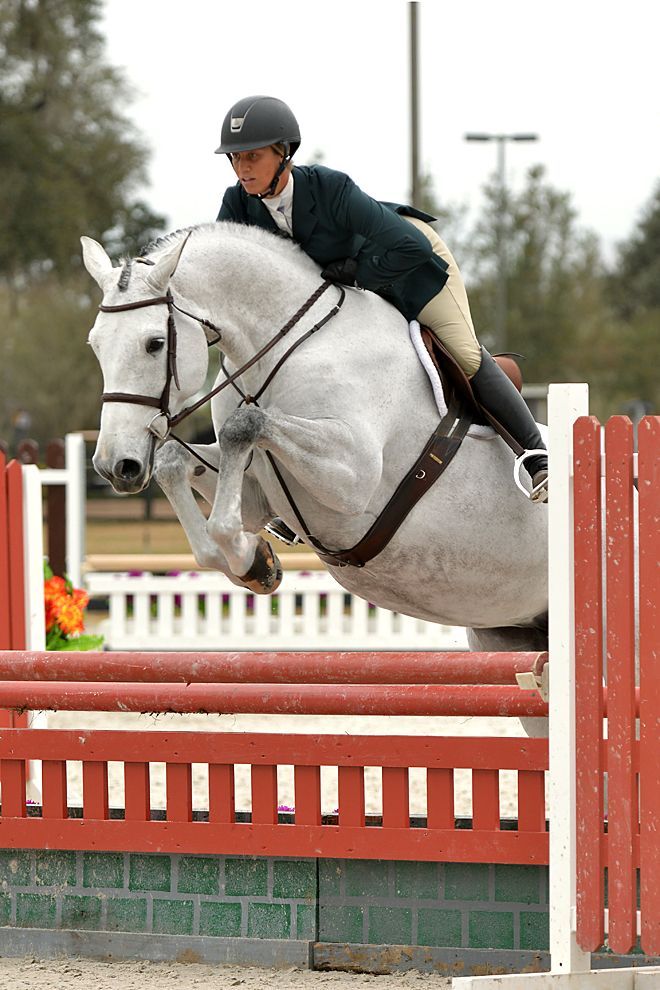 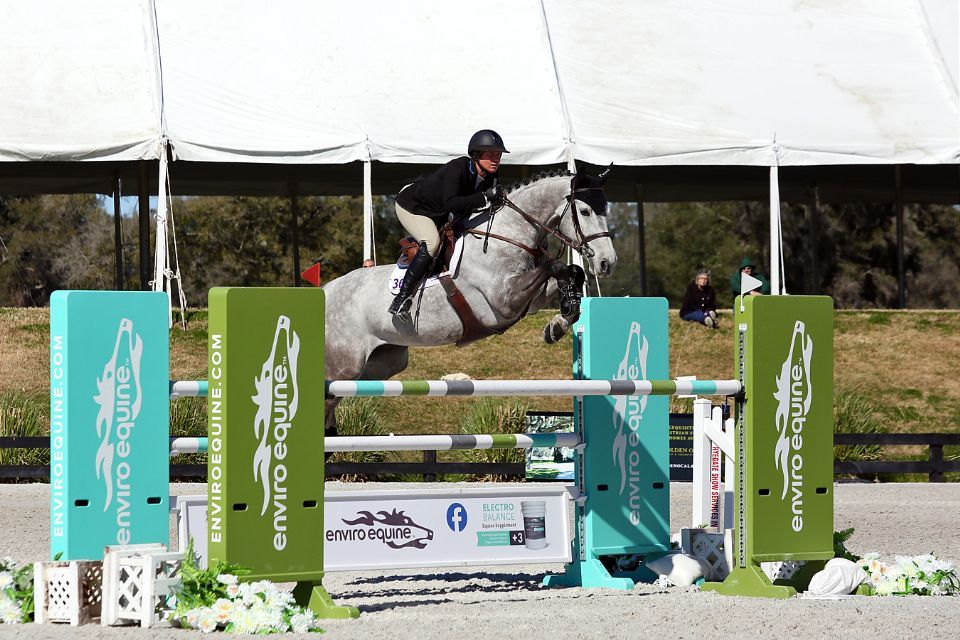 Canterbury Farm, of Hampshire, IL, is currently in the midst of ten weeks of competition at the 2016 HITS Ocala Winter Circuit. The team, led by trainers Greg Franklin and Caitlyn Shiels, has already received many top ribbons throughout the first six weeks of competition, and looks forward to continuing their success through the second half of the tour in Ocala, FL, through its conclusion on March 27.

“Everyone at Canterbury Farm is excited about the great start that we have had to the 2016 season, and we hope for continued success throughout the winter and beyond,” Franklin stated. “We have a fantastic group of horses and riders. We look forward to some of our young horses coming up this season; we have a few great horses for sale, and a few new ones that we have high hopes for. The team is stronger than ever, and we can’t wait to see what this year brings.”

Canterbury’s Farm’s Hillcrest Songbird has been the star of the winter thus far, jumping to back-to-back championships in the Large Pony Hunter division in weeks three and four, ridden by Abigail Brayman. In week three, the pair earned the championship and went on to win the $1,000 Perfect Products Large Pony Hunter Classic. In week four, Brayman and Hillcrest Songbird were champions once again and finished second in the Classic. They were also third in the Classic during week five. The pony was then Mid-Circuit Champion for the Large Pony Hunters.

Hillcrest Songbird is for sale and available to be tried throughout the final weeks of the HITS Ocala circuit. She is a 14-½ hand, 12-year-old mare by Hillcrest Blue Smoke.

Brayman also competed in the equitation divisions over the last several weeks with tops ribbons. She finished second in the USEF Hunter Seat Medal during week six and placed second in week four and third in week five in the ASPCA Maclay National Horsemanship classes.

Marcia Franklin’s Cydelle has also had great results throughout the first half of the HITS circuit, jumping to the reserve mid-circuit championship in the Low Hunters. Cydelle is a talented nine-year-old Dutch Warmblood mare by Popeye K.

In week five, Cydelle jumped to the championship in the Low Hunters with Caitlyn Shiels in the irons, winning two classes over fences. She also competed with Madeline Pogorzelski, who earned the reserve championship in the Novice Equitation division and won a class over fences in the Modified Children’s Hunters. Cydelle was also reserve champion in the Low Hunter division with Shiels in week one.

During week three, Shiels guided Katherine Heywood’s Balida to the reserve championship in the Performance Working Hunter 3’6” division. They won one class over fences and finished second in three others. The 10-year-old Dutch Warmblood mare by Indorado has really come into her own this year and continues to improve.

Also competing in week three, Margo Lyon’s Kadence Darco was eighth in $5,000 Devoucoux Hunter Prix. The gorgeous six-year-old Belgian Warmblood mare by Darco is for sale and available to try in Ocala.

Kadence Darco is an excellent Small Junior Hunter. She is a beautiful mover, has not been lower then fourth in the under saddles at HITS, and is a super jumper with an excellent brain.

Greg Franklin’s neice, Molly Zygmont, was back in action in week five showing her adorable pony, Pumpkin Pie. Zygmont earned great ribbons in the Small/Medium Children’s Hunter Pony division as well as the Equitation 11 & Under. She also placed second in the Marshall & Sterling Children’s Pony Medal.

Shiels and her young jumper Cavalier II jumped to a fifth place finish in week four’s $2,500 Brooke Ledge Open Welcome Stake. Cavalier is nine years old this year and has begun stepping up to the bigger classes as he continues to develop beautifully.

The team at Canterbury Farm will continue to compete at the 2016 HITS Ocala Winter Circuit through March 27.

Canterbury Farm continues its sponsorships with Blueberry Hill, Butet, EquiFit, Ardie Hastey, O’Shaughnessy Apparel, Samshield, and Tucci in the 2016 season. They would also like to welcome Hayward Sportswear Ltd.