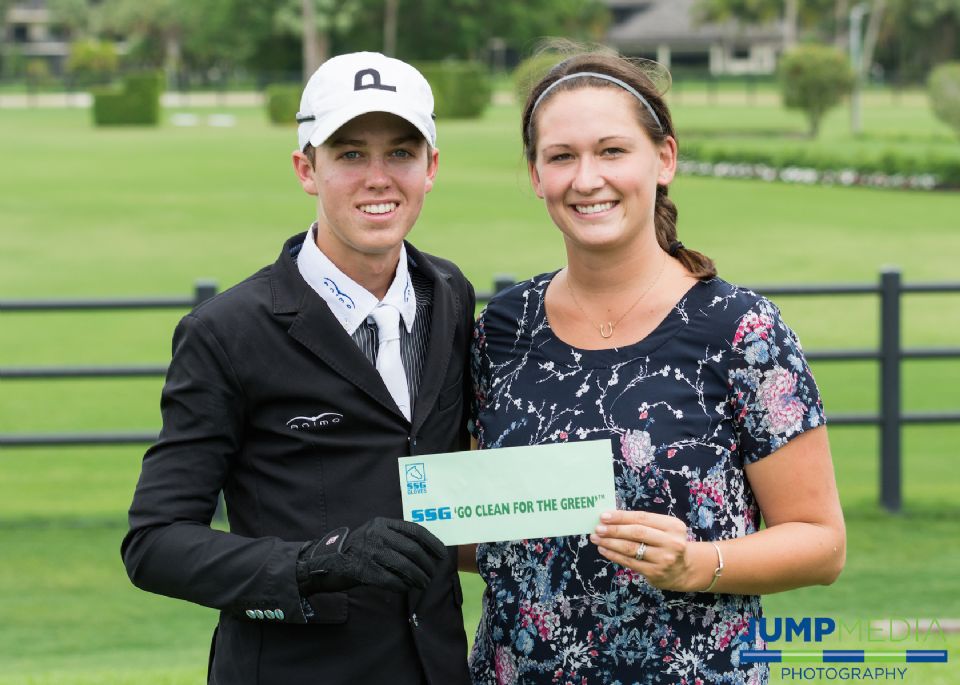 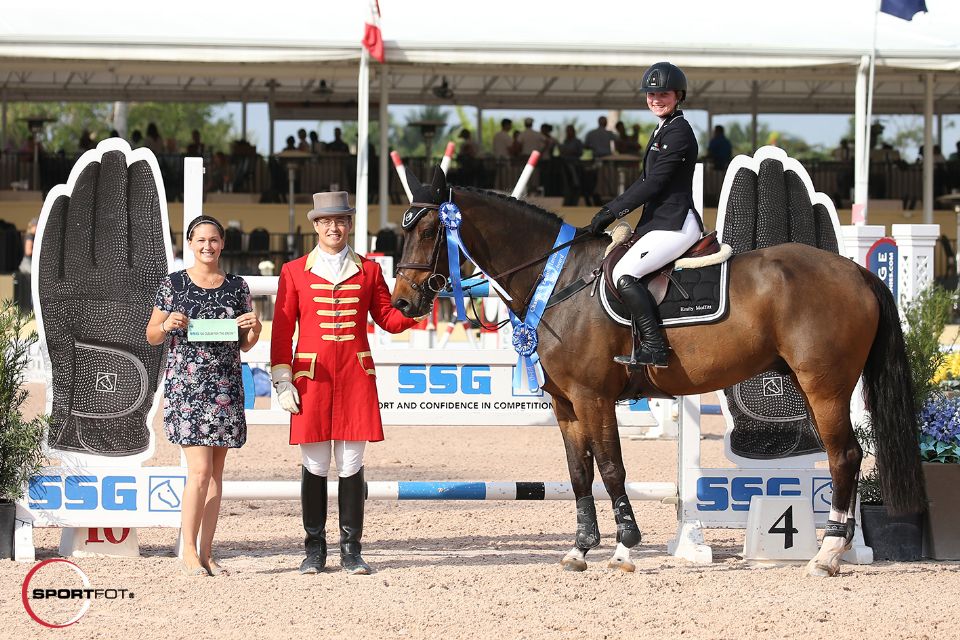 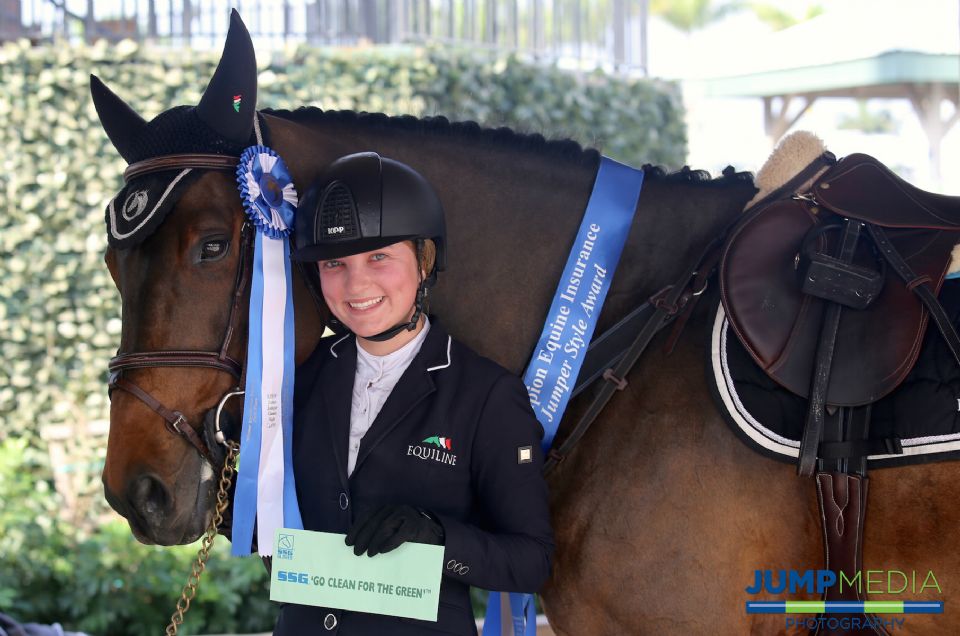 Lucas Porter and Emily Moffitt each earned a $1,000 bonus in the SSG Gloves “Go Clean for the Green” promotion on Saturday, March 26, during Week 11 of the Winter Equestrian Festival (WEF) in Wellington, FL.

Porter claimed the top spot in the $15,000 Maybach – Icons of Luxury High Amateur-Owner Jumper Classic in the irons of B Once Z.  In the $10,000 Sleepy P Ranch High Junior Jumper Classic, Emily Moffitt, 17, jumped to a blue ribbon aboard Hilfiger van de Olmenhoeve, owned by Maria Schaub.  Both riders boasted double-clear efforts while wearing SSG 'Digital' style riding gloves to secure a $1,000 bonus in recognition of their loyalty to the Canadian brand.

Course designer Olaf Petersen, Jr. of Germany set the tracks for both classes, which highlighted Saturday's schedule in the International Arena at WEF.  In the $15,000 Maybach – Icons of Luxury High Amateur-Owner Jumper Classic, a starting field of 48 produced ten clear rounds.  Three would again jump clear in the jump-off with Porter posting the fastest time of 41.18 seconds.

“It's really a great promotion,” said Porter, who now hails from Wellington, FL, after a recent move from Texas.  “It encourages the riders to purchase the gloves, and it motivates me to try my best, win the class, and hopefully win the bonus.”

When asked what he likes best about his SSG 'Digitals', Porter responded, “They are really good at absorbing sweat, especially on a hot day like today.  I like them because I can hold onto the reins, but they still have the mobility that makes me feel like I don't have anything on.  I use them on all my horses in all different types of classes.”

“It would be nice to win another bonus next week!” added Porter.  “I will probably use the money to buy some new gloves because I seem to lose a pair pretty much every week.”

In the $10,000 Sleepy P Ranch High Junior Jumper Classic, Moffitt of Las Vegas, NV, topped 34 entries with the only double-clear effort of the class.  She and Hilfiger van de Olmenhoeve, a nine-year-old Belgian Warmblood gelding, stopped the clock in 36.88 seconds for the win and her first SSG Gloves bonus.

“I bought my first pair of SSG Gloves this week and I won with them on Thursday as well, so they are lucky now,” laughed Moffitt.  “I feel like they don’t wear out as easily as other gloves do and when the horse is sweaty, you don't have to worry about gripping.”

Moffitt’s SSG Gloves are new, and so is her mount.  She has been riding Hilfiger van de Olmenhoeve for two weeks after recently purchasing the gelding, and plans to continue competing in the High Junior Jumper division during the 12th and final week of competition at WEF.

“We clicked for the first time in the warm-up today,” said Moffitt.  “I felt him pop over the jump and I thought 'that's what I need to do over every jump'.”

As for what Moffitt plans to do with her $1,000 bonus, she said, “It will go straight to my dad, which is fine because I get fantastic horses to ride.  I'm really lucky.  I'm excited to tell him that I have an extra $1,000!”

Earlier in the week, Darragh Kenny claimed a $3,000 bonus from SSG Gloves with his win in the $35,000 Ruby et Violette WEF Challenge Cup Round XI aboard Red Star d'Argent.

SSG ‘Digital’ Riding Gloves are available for purchase at numerous Wellington locations, including Tackeria, as well as on-site at the Winter Equestrian Festival show grounds at various retailers, including Running Fox and Hadfield’s Saddlery.