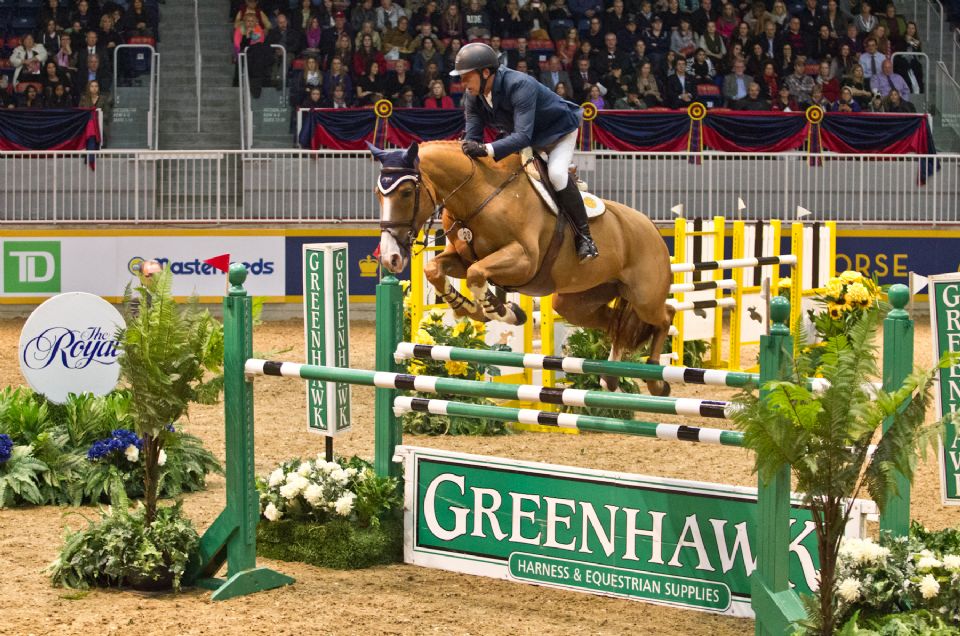 With one week to go before the opening of the 2015 Royal Horse Show, tickets are selling fast. Held as part of The Royal Agricultural Winter Fair from November 6 to 15 at Exhibition Place, the Royal Horse Show welcomes hundreds of competitors to Toronto, ON, for the final event of the Canadian competition season.

In a true celebration of the many disciplines in equestrian sport, the Royal Horse Show gets underway with the thrilling $20,000 Horseware Indoor Eventing Challenge on Friday and Saturday evenings, November 6 and 7. This innovative competition combines the exhilaration of negotiating natural cross-country obstacles as well as traditional show jumping fences in an indoor setting. Top-ranked U.S. competitor Buck Davidson will be making his Royal debut alongside TORONTO 2015 Pan American Games team bronze medalists Colleen Loach of Dunham, QC, Jessica Phoenix of Uxbridge, ON, and Waylon Roberts of Port Perry, ON.

“I always look forward to getting points at The Royal,” said Nicola Philippaerts, who will represent Belgium alongside his twin brother, Olivier, for the fourth consecutive year. “For us, it is always interesting to try and earn points in North America, in addition to riding in Europe. It has worked out well every year so far! The Royal is a very nice show with a lot of tradition, and it fits well in the program we have developed.”

The artistry of dressage will be highlighted in Thursday night’s Royal Invitational Dressage Cup, presented by Butternut Ridge. Canadian Olympians Jacqueline Brooks, Christilot Boylen, Evi Strasser and Belinda Trussell will go head-to-head in the popular freestyle competition, which sees required movements choreographed to the music of their choice.

Friday, November 13, will showcase both sport and entertainment with the $50,000 Weston Canadian Open, as well as an exhibition by Cavallo Equestrian Arts. The product of seven generations of entertainment professionals and show producers, Cavallo Equestrian Arts has performed its theatrical celebration of the age-old relationship between horses and humans to rave reviews throughout North America.