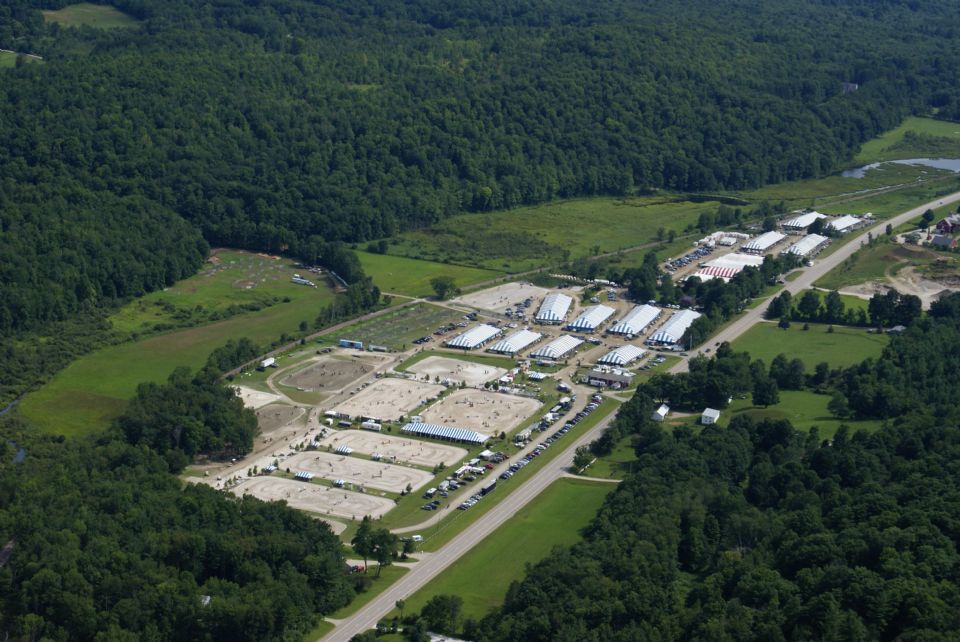 The 2015 Vermont Summer Festival will feature new Kruse Cushion Ride footing in every ring, improving the competition experience for both horse and rider.

Competitors can look forward to riding on Kruse Cushion Ride footing in every ring at this year’s Vermont Summer Festival. The grand prix arena, jumper annex ring, all three hunter rings, as well as all schooling and lunging rings will be completely redone with KCR footing.

Manufactured in the United States from recycled materials, KCR footing is a favorite of competitors and course designers alike. The cushion and reduced impact keeps horses sound and healthy longer, as does the stabilized surface that protects horses from the arena base, even during rain. When the sun is shining, KCR footing retains moisture, reducing the need to water.

The decision to make such a dramatic change was not one that Vermont Summer Festival show organizers John and Dotty Ammerman took lightly. For expert advice, they turned to respected horseman, course designer and competition organizer, Allen Rheinheimer of Zionsville, IN.

“John and Dotty Ammerman made the commitment to improve their facilities for every level of the industry,” said Rheinheimer. “We will be resurfacing over 300,000 square feet of riding surface with KCR. I applaud them for having such a high standard, and for rising above other venues with this endeavor to enhance the exhibitor experience at the Vermont Summer Festival.”

Rheinheimer also noted, “We have installed KCR footing in several different arenas, from private barns to show facilities, with great results. We even have KCR in my wife, Cathy’s, outdoor and indoor arenas and, believe me, if it wasn’t a great product, I would definitely hear the negatives! The maintenance of the footing has been greatly reduced, and watering was non-existent last summer.”

For John Ammerman, finding a riding surface that was not only suitable, but superior, for the Vermont Summer Festival exhibitors was of the upmost importance.

“In discussion with our exhibitors, the only thing we ever heard mentioned as a possible improvement was the footing,” explained John Ammerman. “I never felt it would be a good decision to install footing that our exhibitors would not have been happy with; we know from their feedback that they are not happy with the footing at many of the other major horse shows.

“It took time and research, and we finally found a superior material in KCR,” continued Ammerman. “Our new horse-friendly footing will be a benefit to all of our exhibitors, and maintain the Vermont Summer Festival’s reputation as an exhibitor-friendly show. We feel that by making this improvement, our show will be 100% exhibitor-friendly.”

The first five Saturdays of the Vermont Summer Festival will once again feature a $30,000 Grand Prix. The sixth and final week of competition features the $50,000 Vermont Summer Celebration Grand Prix on Saturday, August 8. The weekly $10,000 Open Welcome Stake, Presented by Manchester Designer Outlets, will be held each Thursday.