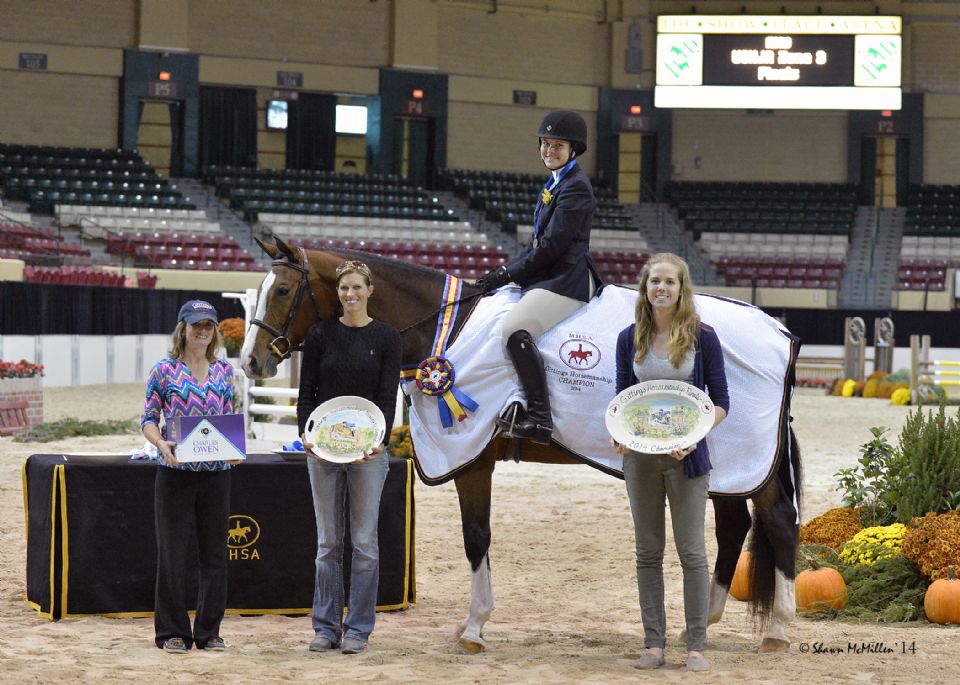 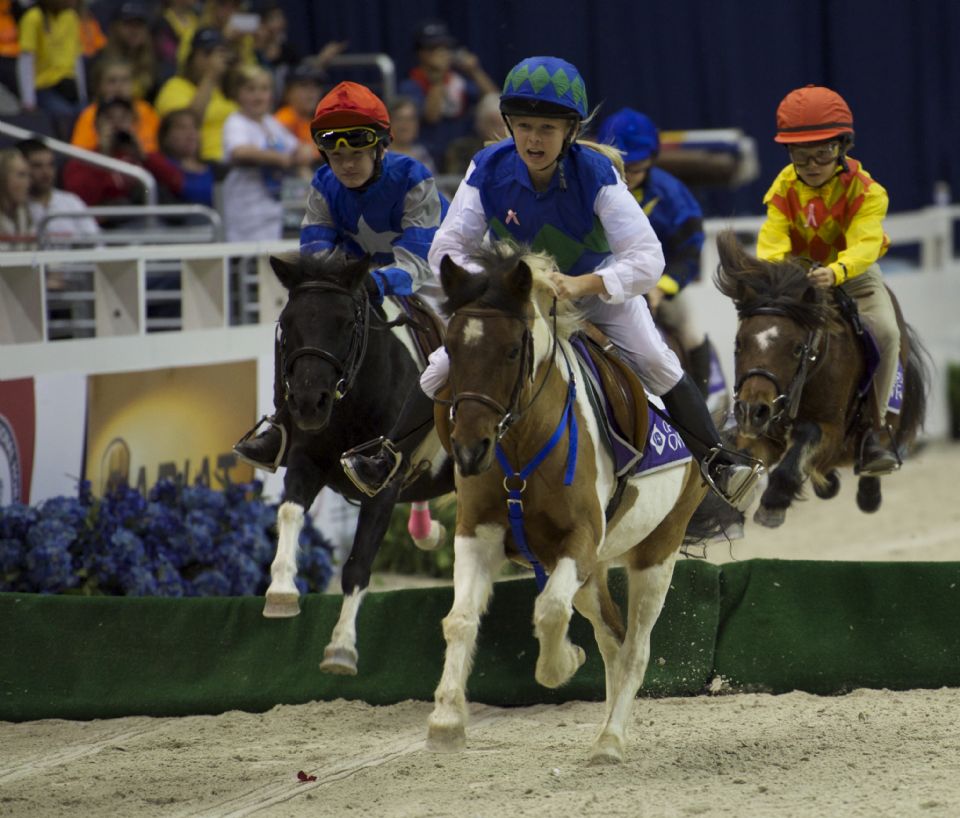 Highlights of the WIHS Regional competition hosted at PGEC include the Maryland Horse Show Association Gittings Horsemanship Finals on Friday, October 16, beginning at 6 p.m. Grand championship honors will be awarded to the Children's and Adult Hunters alongside the Children's Hunter Pony division. The USHJA Zone 3 Finals will be held on Sunday, October 18, with special zone points being awarded to top place finishers.

New for 2015, the WIHS Regional Horse Show will host a qualifier for the WIHS Shetland Pony Steeplechase Championship Series, presented by Charles Owen. The Shetland ponies and their mini jockeys will compete in a race to earn their spot to compete in the feature events at Verizon Center. They will run in the indoor arena at PGEC on Friday, October 16, at 5:00 p.m. The top finishers will then compete in the finals at WIHS during its main week of competition on Thursday, October 22, and Saturday, October 24. An ice cream social will be held Friday night during the qualifying event. There will also be a pizza party on Saturday, open to all exhibitors, thanks to Buckeye Nutrition.

The fourth annual Laura Pickett Award for Excellence in Horsemanship will also be selected during the WIHS Regional competition, honoring and remembering local equestrian and trainer Laura Pickett, and will be presented to a rising adult or child rider alongside their respective trainer's for exhibiting enthusiasm, dedication, commitment and a sense of style, bringing out the best of horse and rider combinations. The award is presented on Thursday during Barn Night by WIHS President Vicki Lowell, honoring the many qualities for which Pickett is remembered. Nominees for the award will be asked to wear a pink armband and will be judged for their performances inside the ring and their conduct throughout the weekend. The winner will be notified by Monday, October 19, and will receive a pair of custom boots provided by Fabbri Boots.

All of the fantastic regional competition in Upper Marlboro, MD, leads up to the 57th annual Washington International Horse Show, featuring many of the nation's top horses and riders as well as some of the world's best international competitors.

About Washington International Horse Show, www.wihs.org
Established in 1958, the Washington International Horse Show is one of the most prestigious equestrian sporting events in the U.S. More than 26,000 spectators attend the six-day show, which includes Olympic-level competition along with community and charity events. More than 500 top horses and riders come to D.C. from all over the globe to jump for more than a half a million dollars in prize money. Event highlights include the $125,000 Longines FEI World CupTM Jumping Washington, presented by Events DC, for the President's Cup (Saturday night), The Boeing Company Puissance high jump competition on Military Night (Friday) and Kids' Day (Saturday), a free, fun and educational community event. The Washington International Horse Show Association, Ltd. is a 501(c)(3) nonprofit charitable organization headquartered in Washington, D.C. WIHS is an official USEF Heritage Competition and is recognized as a Top 25 Horse Show by the North American Riders Group. WIHS is rated CSI4*-W by the Fédération Equestre Internationale, the world governing body for horse sports.