25 Years of Capital Challenge Made Possible by Generous Sponsorship Support 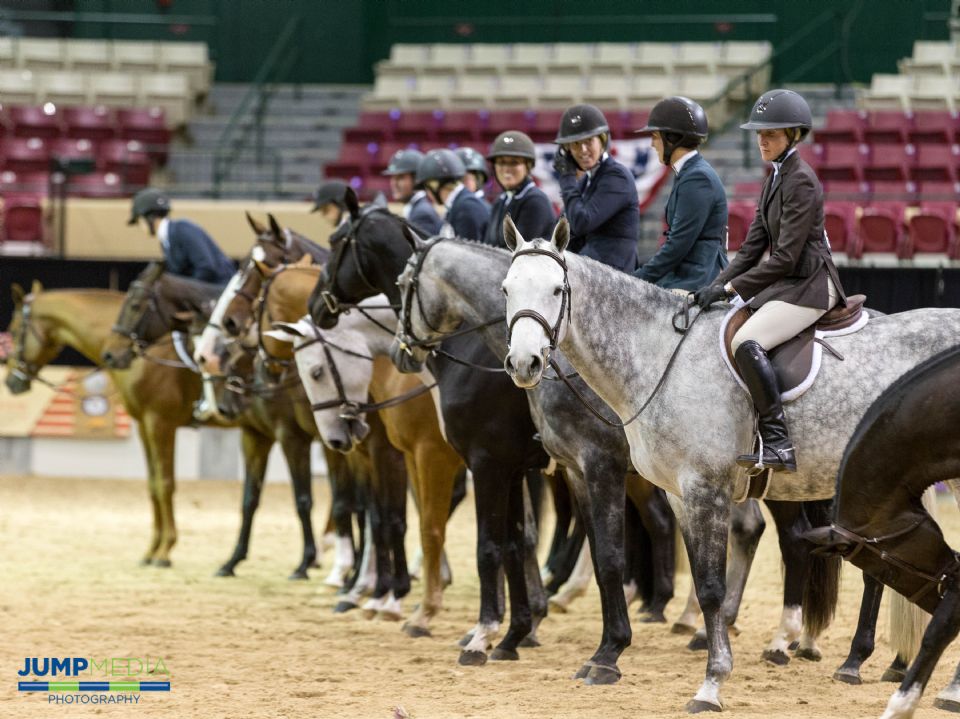 The Capital Challenge Horse Show returns for its 25th year on September 28 - October 7, thanks to ongoing, generous sponsorship support.
Photo by Jump Media

On September 28, 2018, the 25th anniversary edition of the Capital Challenge Horse Show (CCHS) will kick off at the Prince George’s Equestrian Center located in Upper Marlboro, MD.

In the last two and a half decades, Capital Challenge has grown exponentially, largely due to the generous and continued support of its esteemed roster of sponsors. Since its inception in 1993, CCHS has established itself as a premier year-end horse show destination for competitors throughout North America.

“It’s quite incredible to look back on the first year of the Capital Challenge Horse Show in 1993, and then witness the magnitude and relevance of the show today,” said CCHS Manager, Oliver Kennedy. “Thanks to all of our sponsors and loyal exhibitors, we’ve been able to really expand what we offer in terms of classes, prize money, and hospitality.”

Located in Wilmington, Ohio, the World Equestrian Center features more than 200,000 square feet of climate-controlled riding space, making it one of the largest indoor/outdoor equestrian sport venues in the world. The state-of-the-art facility features premium footing, permanent stabling and on-site accommodations as well as more than 26 weeks of USEF-rated hunter/jumper competition.

PBIA will present the North American Junior Equitation Championships on Sunday, September 30, during BigEq.com Equitation Weekend and immediately preceding the THIS National Children’s Medal. Ariat is proud to sponsor the Ariat National Adult Medal, to be held on Friday, October 5.

In addition to sponsoring the PBIA North American Junior Equitation Championships, PBIA provides students with access to a private study hall overlooking the main arena in order to complete schoolwork throughout the competition.

"Being able to support our full-time and seasonal students academically while they compete at the Capital Challenge Horse Show is really wonderful,” said Joanne Weiner, Founding and Executive Director, Palm Beach International Academy. “The competition allows us to set-up a study area right above the main indoor coliseum arena that allows our students to work on their own, along with tutors who travel with us, or via real-time video conferencing. It's the best way to compete at Indoors and to stay current with school."

Also sponsoring some of the Capital Challenge Horse Show’s largest and most competitive classes are The Gochman Family and Radwanski Enterprises. The two have joined forces to support the World Championship Hunter Rider (WCHR) Pro Challenge and to double the prize money from $25,000 to $50,000 for 2018 – a nod to the shows’ 25 years, with $1,000 in prize money added for each year of the horse show.

“I strongly believe, to keep life in the hunter discipline, it is important to keep the special hunter classes going,” said Becky Gochman. “Nowadays, the hunters have a variety of unique classes and awards throughout the year that celebrate both the horse and the hunter rider. The Capital Challenge Horse Show provides great classes to showcase the hunters while also providing a sense of team community throughout the WCHR Zones. The classes are always fun to watch, and a lot of pride shines through the show. The Capital Challenge Horse Show also provides a great way to start indoors with some of the classes indoors and a chance to enjoy the outdoor rings as well.”

For Radwanski Enterprises, 2018 marks the second year of its’ sponsorship of the Capital Challenge Horse Show, and this year, the organization will also sponsor the WCHR Professional Finals.

This year, the Capital Challenge Horse Show is also honored to welcome a number of new sponsors and special partnerships including:

• Hunt, Ltd. – a new sponsor of The Daily Update

• Rococos – the new sponsor of the Indoor Coliseum Rider’s Lounge

In total, more than 100 sponsors at all levels, including class sponsors, awards sponsors, breakfast and hospitality sponsors, and much more, have generously contributed to the 25thAnniversary Capital Challenge Horse Show.

More details on this year’s show, including the complete prize list and schedule of all hunter, jumper, and equitation offerings can be found online here.