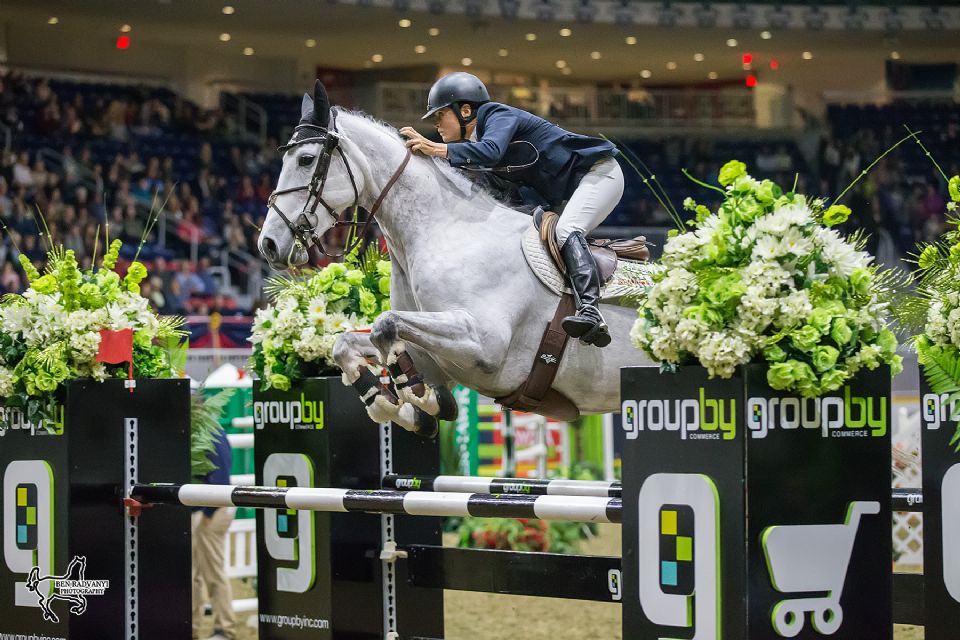 Leslie Howard opened international show jumping competition at the the CSI4*-W Royal Horse Show with a win in the $35,000 International Jumper Power and Speed riding Donna Speciale on Tuesday, November 8, in Toronto, ON.
Photo by Ben Radvanyi Photography 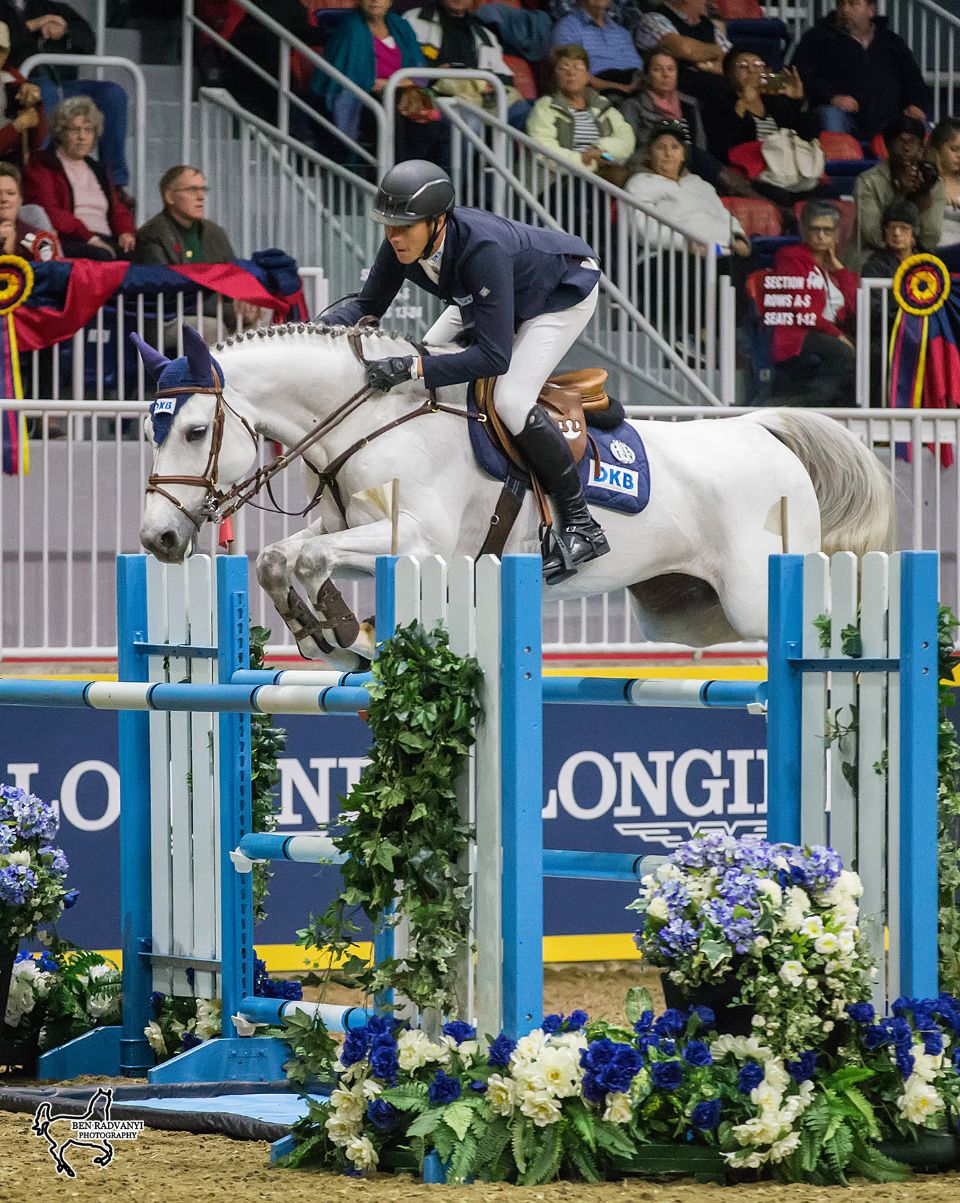 David Will of Germany placed second in the $35,000 International Jumper Power and Speed riding Monodie H on Tuesday, November 8, at the CSI4*-W Royal Horse Show.
Photo by Ben Radvanyi Photography 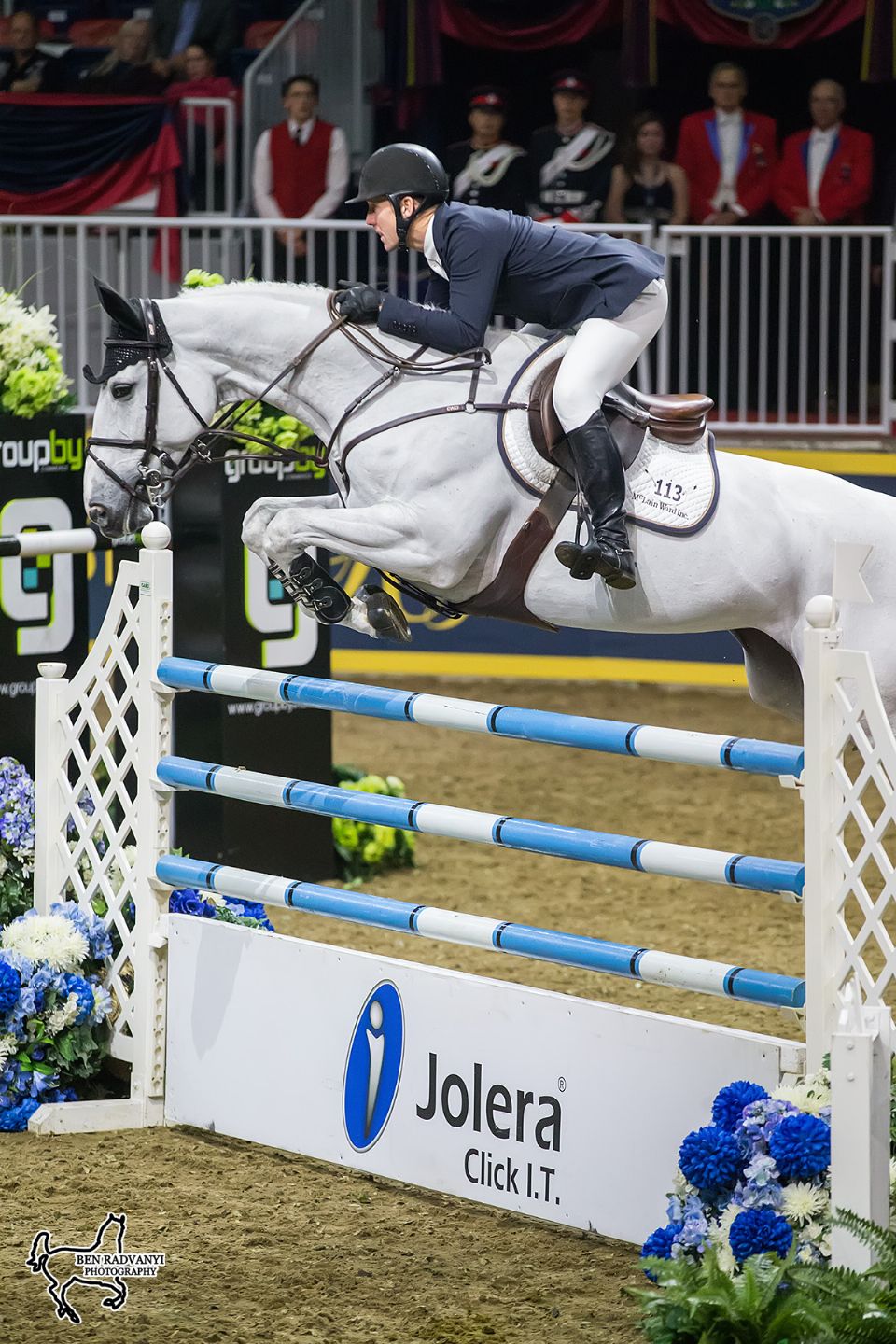 Leslie Howard of the United States opened international show jumping competition at the Royal Horse Show with a win in the $35,000 International Jumper Power and Speed on Tuesday, November 8.  The CSI4*-W Royal Horse Show is held as part of the 94th Royal Agricultural Winter Fair in Toronto, ON.

Upon successfully completing the ‘power’ phase, riders advanced to the ‘speed’ portion where the fastest time wins.  U.S. Olympic team silver medalist Leslie Howard stopped the clock in 28.82 seconds over the track set by course designer Bernardo Cabral of Portugal to take the win riding Donna Speciale over David Will of Germany, who crossed the timers in 29.72 seconds riding Monodie H in his Royal Horse Show debut.

“Obviously, it takes a lot of pressure off,” said Howard of claiming the first international victory of the week.  “It puts everything in a positive light, and that’s a great feeling.  Today was a nice 1.40m with nothing that crazy, but the course designer gave us the option of some nice inside turns that you could take a shot at.  It was a perfect course for the first time in the ring.”

Of her winning mount Donna Speciale, an eight-year-old grey Dutch Warmblood mare (Cavalier x Concorde) owned by Peter Howard and Laure Sudreau, Howard noted, “She is a real horse for the future.  She just has everything; she's scopey, fast, careful, game, and she loves to win.  She's just a really super horse and if she can keep doing this up through the levels then she'll be the best in the world!”

Canadian riders made an impressive showing on home soil with Erynn Ballard of Tottenham, ON, placing third in a time of 31.75 seconds riding Thalys Z for The Thalys Group.  Two-time Canadian Olympian Tiffany Foster of North Vancouver, BC, clocked in at 32.18 seconds riding Brighton for owner Artisan Farms, while Keean White of Rockwood, ON, rounded out the top five riding Corette, owned by Angelstone Farms, Javier Salvador, and Diamante Atelier, with a time of 32.20 seconds.

No stranger to Toronto, Howard has been competing at the Royal Horse Show for nearly three decades.

“It's special for me simply because I have a lot of great memories,” said Howard, 60, who is especially pleased to be competing for Longines FEI World Cup points at this year’s Royal.  “I'm so happy that Toronto has one of the North American League World Cup qualifiers because I think it is the best indoor show that we have; the footing is perfect, they have great course designers, the scheduling is wonderful, and they have super crowds.  It really is the best of the best.”

Ward comes into Wednesday’s competition following a win in the $35,000 Jolera International Welcome on Tuesday night riding Malou, a 12-year-old Swedish Warmblood mare.  The pair raced to victory in the one-round speed class by stopping the clock at 54.66 seconds.  2004 Olympic champion Rodrigo Pessoa of Brazil took second with a time of 54.75 seconds riding Citizenguard Cadjanine Z, owned by himself and Alain van Campenhoudt, while Ireland’s Shane Sweetnam placed third with a time of 54.80 seconds riding Main Road for owners Seabrook LLC and Sweet Oak Farm.