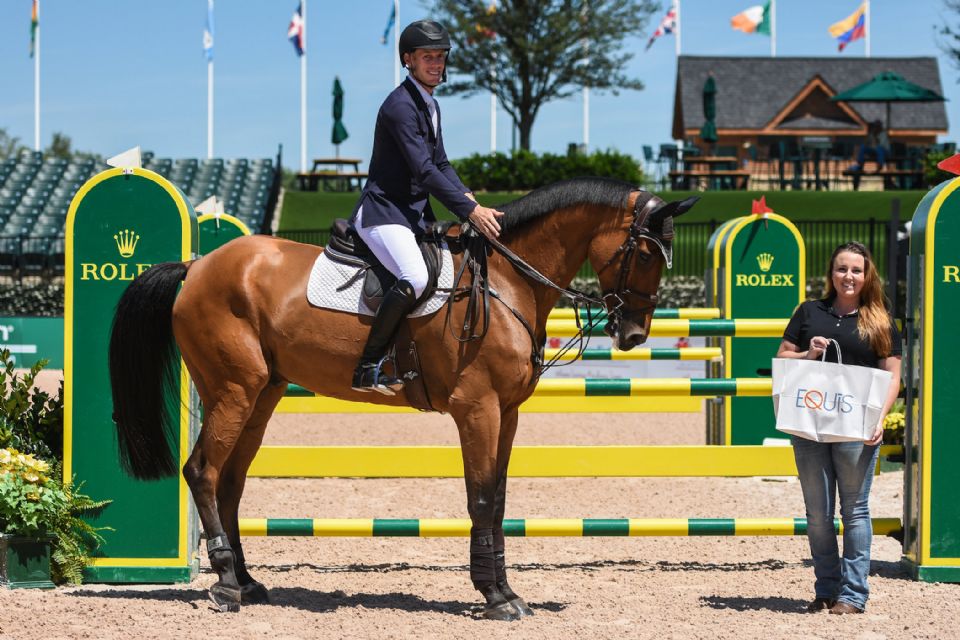 Andrew Welles (pictured on Serpico) was presented with the Equis Boutique Best Presented Horse Award by Alex West of Equis Boutique at the Tryon Spring 8 CSI 5*.
Photo by Meg Banks/TIEC 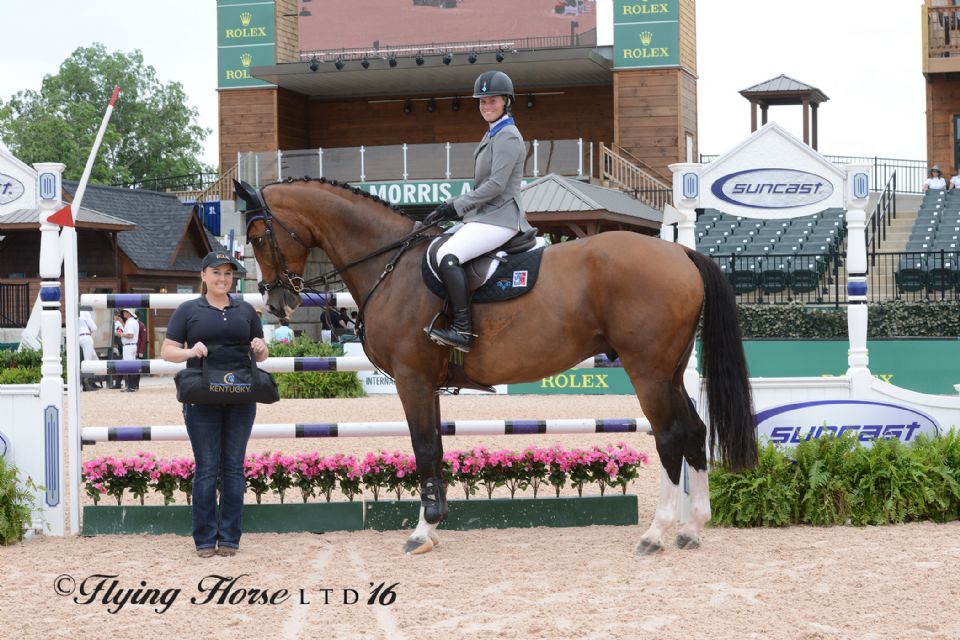 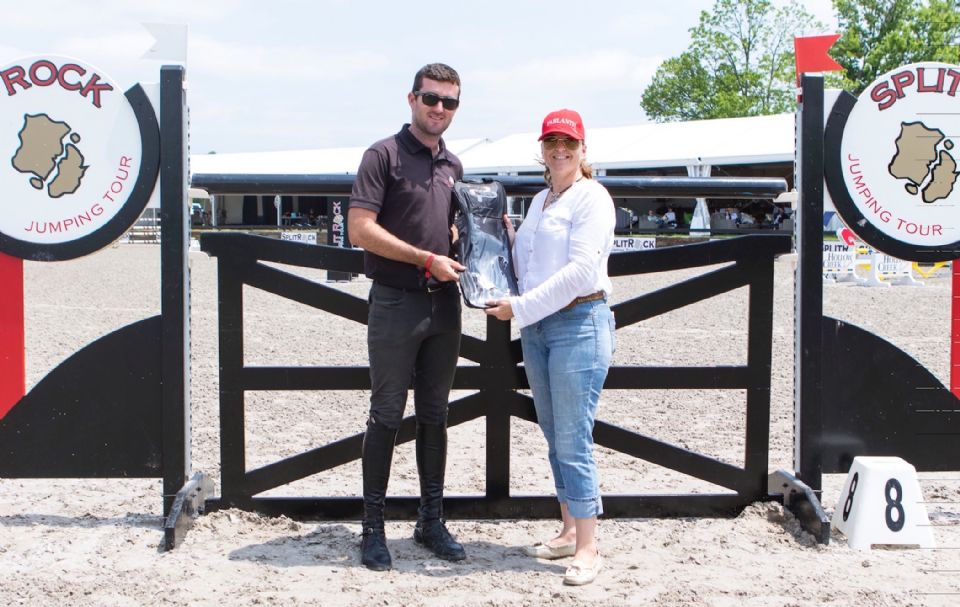 Welles and his ten-year-old chestnut Dutch Warmblood gelding (Grand Pilot I x Pacific) were evaluated against fellow international competitors at the FEI Horse Inspection held early in the week and impressed the ground jury to win Best Presented. Welles was awarded a commemorative plaque from Alex West of Equis Boutique, as well as a set of Hickstead Boots from Equis Boutique partner brand, Kentucky Horsewear.

“I take great pride in the way our amazing staff turns the horses out day in and day out,” said Welles. “It's nice to see their hard work recognized, and I am very appreciative to Equis for presenting this award.”

In particular, Welles gave credit to his FEI groom, Juan Arango, who prepared Brindis Bogibo for the FEI horse Inspection.

Welles is a frequent customer at Equis Boutique as he is sponsored by partner brands Parlanti, KASK, and Kentucky Horsewear.

“To me they are the elite supplier for high-end products in this sport,” he said. “You look at the brands they represent, and they are all top of the line in every category. For riders at the highest level, I personally don't think there's any reason to go to another tack shop.”

To cap their week at Tryon Spring 8, Welles and Brindis Bogibo jumped to second place in the $380,000 Horseware Ireland CSI 5* Grand Prix during TIEC's Saturday Night Lights. The class was the first 5* event for the gelding, and Welles hopes to continue campaigning the mount at the top level.

Raflowitz and her nine-year-old bay Belgian Warmblood gelding jumped to a top five finish in $130,000 Ariat CSI 3* Grand Prix after leaving their mark on the FEI Horse Inspection.

Gallagher, who recalls competing for similar awards back in his pony club days in Ireland, commended Equis Boutique for drawing attention to the appearance of both horse and rider at FEI horse shows.

“It's a great initiative,” he said. “I saw the [Equis Boutique Best Presented] Award for the first time at Tryon last year, and I was pleased to see someone support something like that.”

For being named Best Presented, Gallagher was presented with a pair of half chaps from Equis Boutique partner brand Parlanti.

Equis Boutique will offer the Best Presented Horse Award at each of the four FEI weeks of the upcoming Tryon Summer Series running June 29 – July 24, as well as at Split Rock Jumping Tour during the Bourbon International CSI 3* on October 9-11.

For more information, please visit EquisBoutique.com, or look for Equis Boutique on Facebook and Instagram!  Email info@equisboutique.com for questions on the stores and their products.