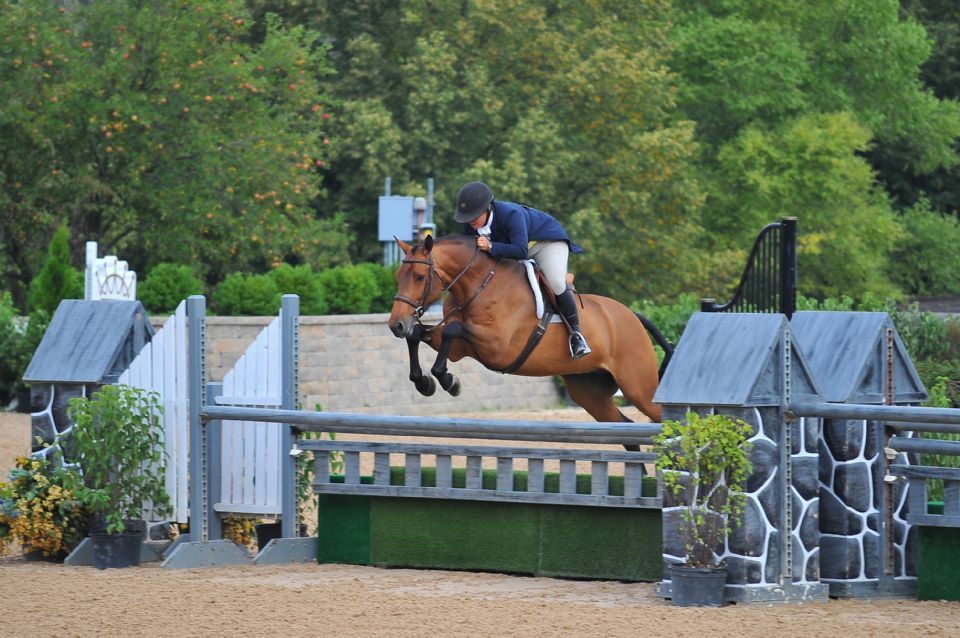 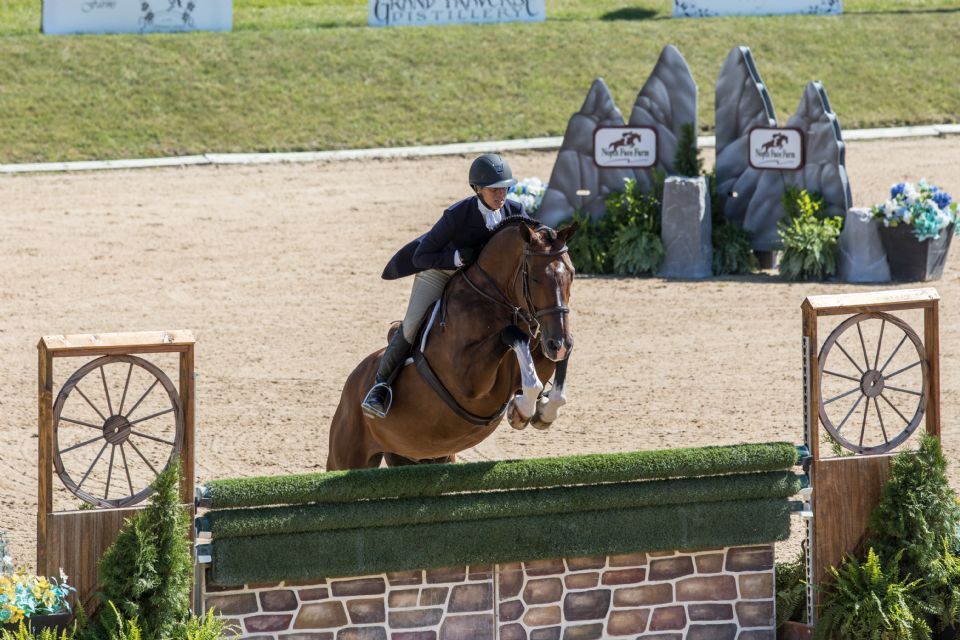 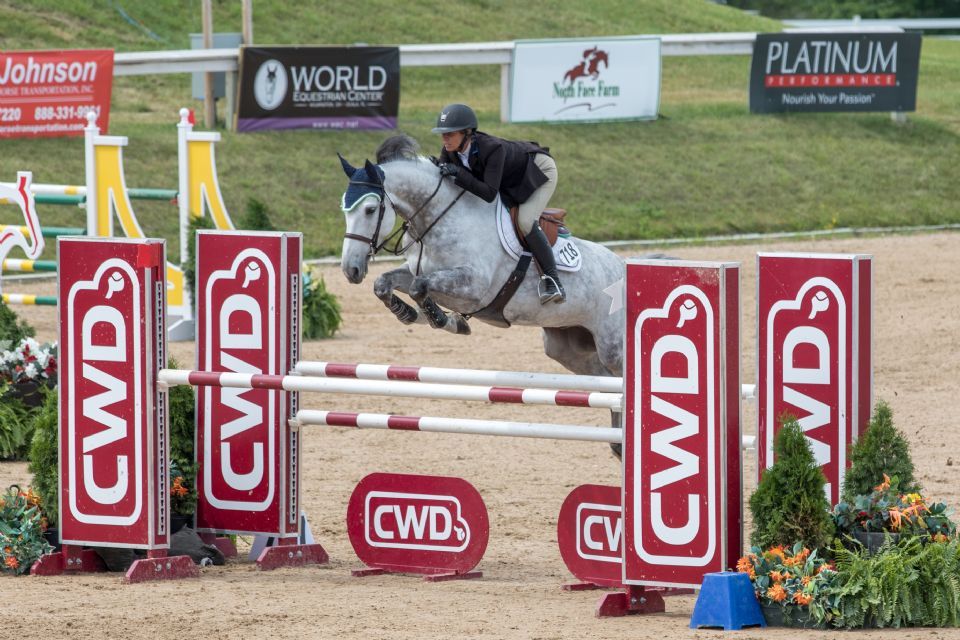 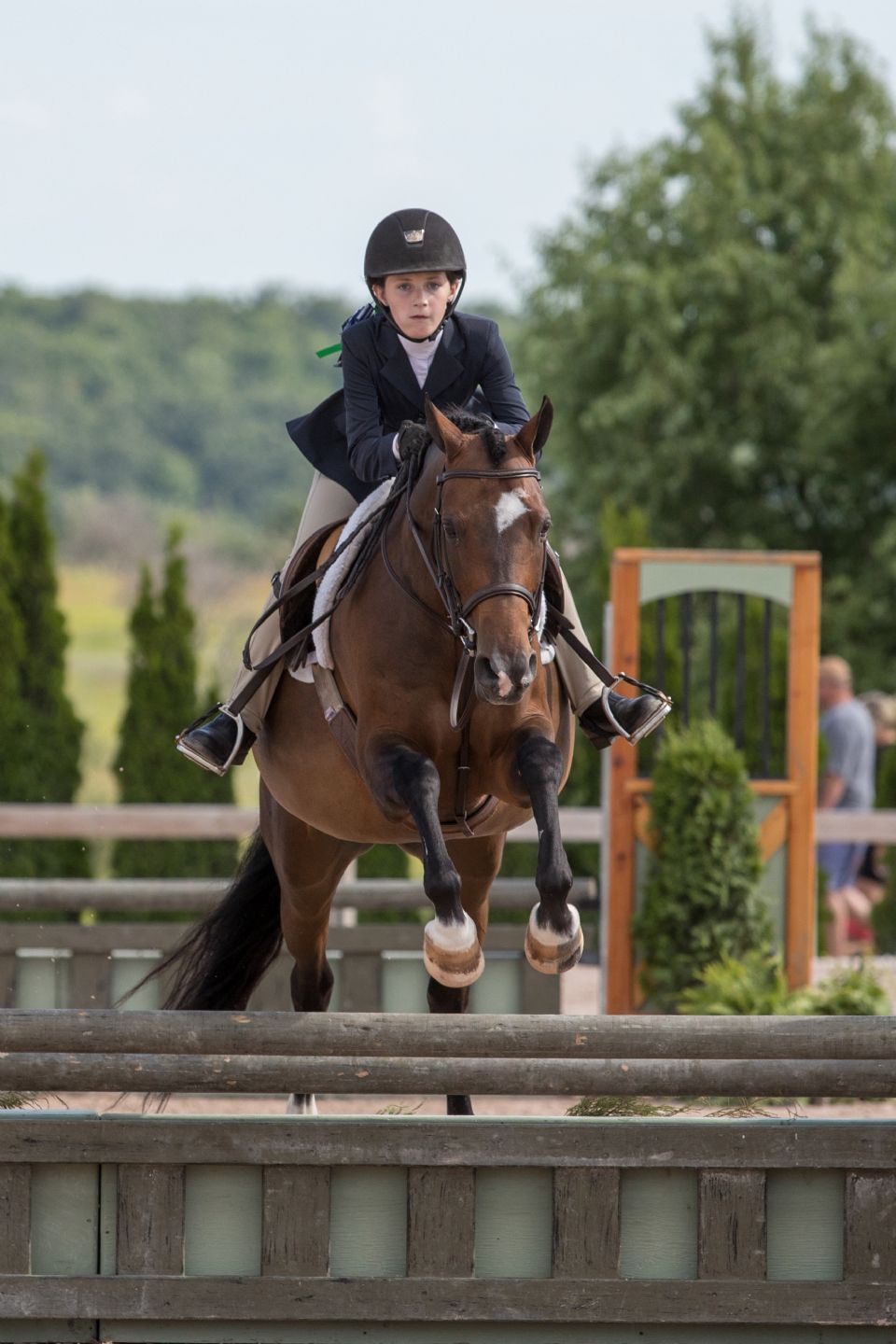 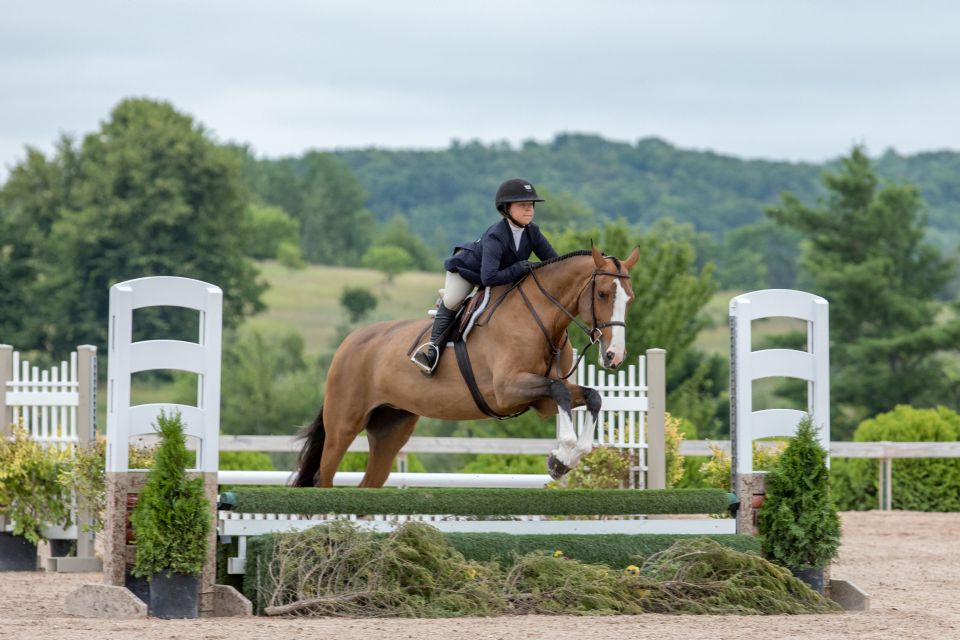 The team at Canterbury Farm returned home to Hampshire, IL, this week with an array of top ribbons and championship tricolors after a successful three weeks of horse showing at the Great Lakes Equestrian Festival (GLEF) in Traverse City, MI, from July 12-30, and one week at Equifest II, held August 1-6 at the Lamplight Equestrian Center in Wayne, IL.

Canterbury Farm is led by head trainer Greg Franklin, along with trainer and rider Caitlyn Shiels. The full-service hunter/jumper show facility offers a family-oriented atmosphere, in addition to a world-class training program for horses and riders of all levels from the short-stirrup to the grand prix ring. Canterbury Farm was well-represented across many of those levels while competing at GLEF Week II, Week III, and Week III.

“Our customers love going to Traverse City,” said Shiels. “It’s one of our favorite shows of the year. It’s a little bit of a vacation incorporated with show horses; we love it up there, and everyone that showed with us really did a fantastic job!”

In the 11 and Under Equitation, it was one of Canterbury Farm’s youngest competitors, Molly Zygmont who earned top honors during GLEF Week II. Zygmont, the granddaughter of Canterbury Farm’s Marcia Franklin, rode to top-three finishes in each class of the division, before being named the reserve champion aboard Hillcrest Songbird. Zygmont and Hillcrest Songbird also claimed multiple wins in the Children’s Large Pony Hunters throughout GLEF Week II and Week III.

Michelle Durpetti and her own mount Lucca delivered consistent top performances throughout all three weeks at the GLEF, finishing in the ribbons in every Amateur-Owner Hunter 3’6” over fences classes they entered, including a fourth-place finish in the $1,000 Amateur-Owner Hunter Classic during both GLEF Week II and Week III.

Durpetti and Lucca’s success continued at Equifest II, where they finished in the top four of all five of the Amateur-Owner Hunter 3’6” classes offered. They also made their United States Hunter Jumper Association (USHJA) International Hunter Derby debut, finishing 11th as the sole amateur-owner competitor in the $10,000 USHJA International Hunter Derby held on August 6.

Durpetti also earned multiple wins at Equifest II in the Adult Amateur 18-49 Hunters aboard Moody Blues. In addition, Durpetti is the owner of Cassius, an eight-year-old Warmblood gelding that Shiels rode to the High Performance Hunter championship during GLEF Week III, as well as the win in the first round of the $25,000 USHJA International Hunter Derby held during GLEF Week IV.

In the jumper rings, Alexa Maiello earned wins in the 0.85m Junior/Amateur Jumpers aboard Chant de Paix during GLEF Week III, and Shiels rode her own Cavalier II, a ten-year-old Warmblood gelding, to consistent top ribbons in the 1.40m Open Jumpers throughout their time at the GLEF. KT Kicero also showed consistently in the 1.30m Jumpers and is proudly offered for sale. The seven-year-old Warmblood would make a fantastic junior/amateur-owner jumper, and is now available to be seen and tried in Kentucky.

“Everything went really well and everyone on our team put in some hard work,” said Shiels. “The results were proof of that. We’ve been working hard as a team and collectively striving for improvement, and I think everybody did a really great job these last few weeks and presented themselves very well. I hope that our riders are very proud of how far they’ve come and what they’ve been able to accomplish this summer.”

While the rest of the Canterbury Farm team concluded their summer show circuit, Shiels and Cassius now head to Lexington, Kentucky for the grand finale of their summer, the USHJA International Hunter Derby Championships at the Kentucky Horse Park held August 17-19.

Canterbury Farm maintains a horse show schedule on a local, regional, and national level that is created with their customer’s competitive goals in mind. With qualified trainers, attention to detail, and a caring staff, Canterbury Farm is committed to excellence in horsemanship, and to giving all of their riders a great experience in the show ring.

Born and raised in Sheffield, Massachusetts, Caitlyn Shiels began riding at the age of eight. A highlight of Shiels’ early career was being a team and individual gold medalist at the 2004 North American Young Riders’ Championship. Shiels went on to apprentice under such professionals as Andre Dignelli, Mclain Ward, Ken Smith and Kate Stoffel-Oliver. Almost immediately after she joined the Canterbury team as an assistant trainer and rider in 2013, Shiels and head trainer Greg Franklin both began earning championships at major shows. Their partnership is an excellent balance of training both on the horse and from the ground.