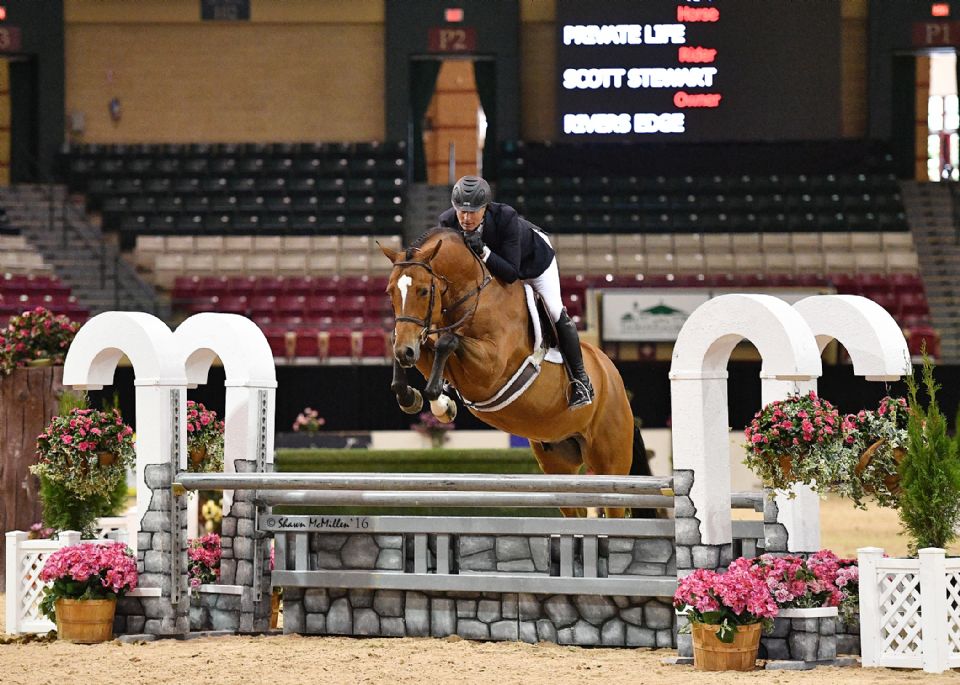 At the 2017 Capital Challenge Horse Show, presented by the World Equestrian Center on September 29 – October 8, the $45,000 Green Hunter 3’ and 3’3” divisions will offer competitors an opportunity to receive national points for the first time.

Formerly named the Future Hunters, the Green Hunters have been a premier division at the Capital Challenge Horse Show since 2001. The division was established to provide an avenue for many of the best pre-green horses in the nation to compete against their peers. While the division has always highlighted great talent and the future stars of the hunter ring, it has not previously offered an opportunity for national points.

Now, as the Future Hunter division aligns with the Green Hunter division, set forth by the United States Hunter Jumper Association (USHJA) and the United States Equestrian Federation (USEF), competitors at Capital Challenge will still have numerous sections in which to compete, but now with the added benefit of accruing points toward the USHJA and USEF Horse of the Year awards.

The top six horses in each of the five qualifying sections will then be invited to compete in the $25,000 Green Hunter 3’ and 3’3” North American Championship, generously sponsored by the Wheeler Family and to be held on Wednesday, October 4.

Since their inception, the Green Hunter classes at the Capital Challenge Horse Show have been among the most popular classes at the annual championship horse show, and the division has shown itself to be a proving ground for up-and-coming talent.

“I really think that this is the place where the next superstar hunters are determined,” said show manager Oliver Kennedy, referencing past Future Hunter class winners who went on to exemplary success, including Bacardi, Dream Date, Gray Slipper, Largesse, and Q – to name just a few. “It always seems to be the class that determines which horses are going to be the great First Year horses and the great conformation horses for the next year.”

Full details on the 2017 Green Hunter divisions will be available online at www.capitalchallenge.org or in the 2017 Capital Challenge Horse Show prize list. Prize lists will be available online this August and mailed to all competitors who have participated in the show in the last three years and to those requesting a hard copy. Additional hard copies are available by emailing Michele at mmarkward@capitalchallenge.org.

Entries for the 2017 show will open at 12 p.m. EST on Wednesday, August 2, and will close on September 1. To submit entries or to learn more about the electronic entry process, please visit https://entries.showmanagementsystem.com.

To learn more about this year’s competition highlights, including the BigEq.com Equitation Weekend; the World Championship Hunter Rider (WCHR) Finals; the $25,000 3’ and 3’3” Green Hunter North American Championship, sponsored by the Wheeler family; and much more, visit www.capitalchallenge.org. Find the horse show on Facebook, Instagram, Twitter, or follow the all-new @CapChallenge account on Snapchat!