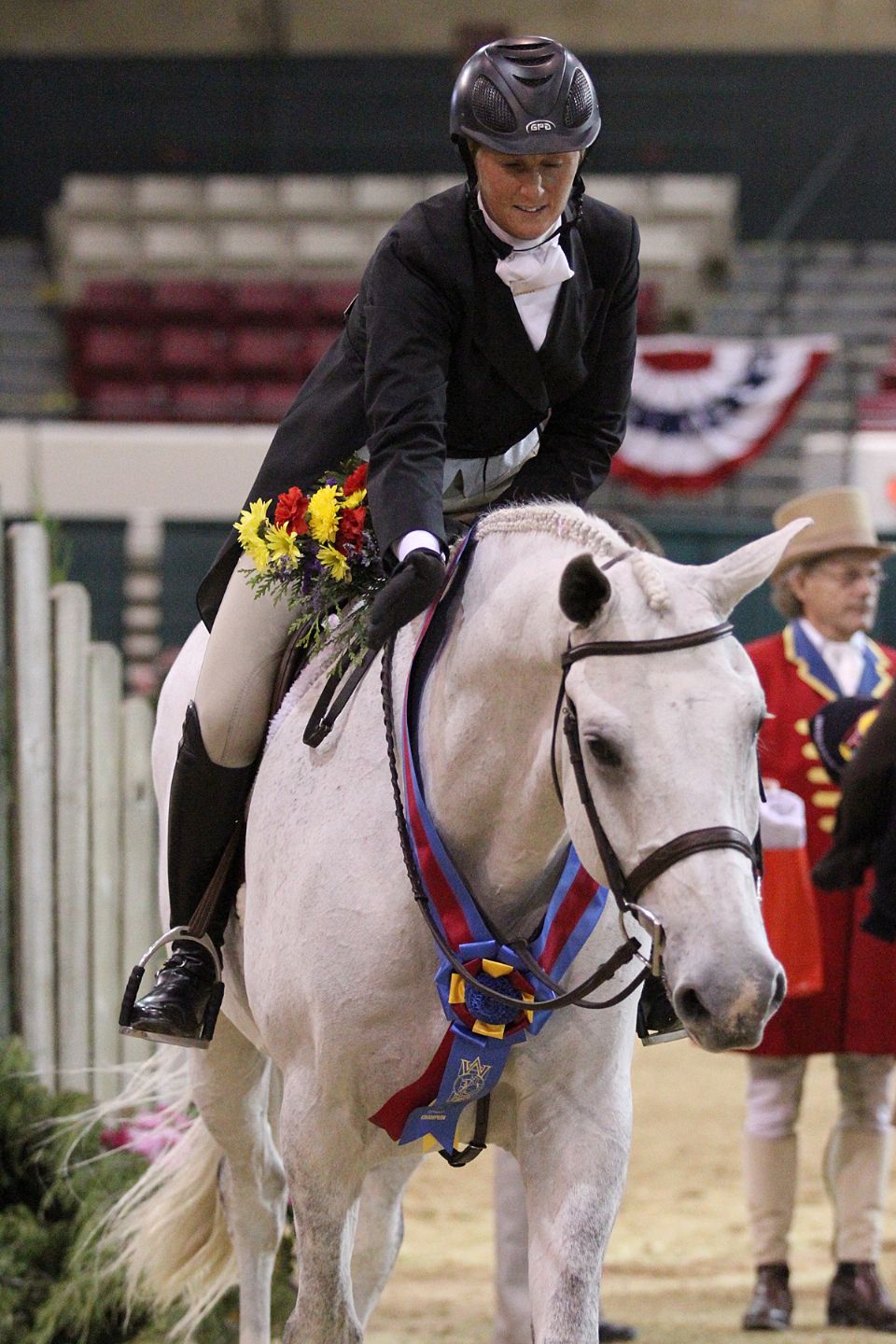 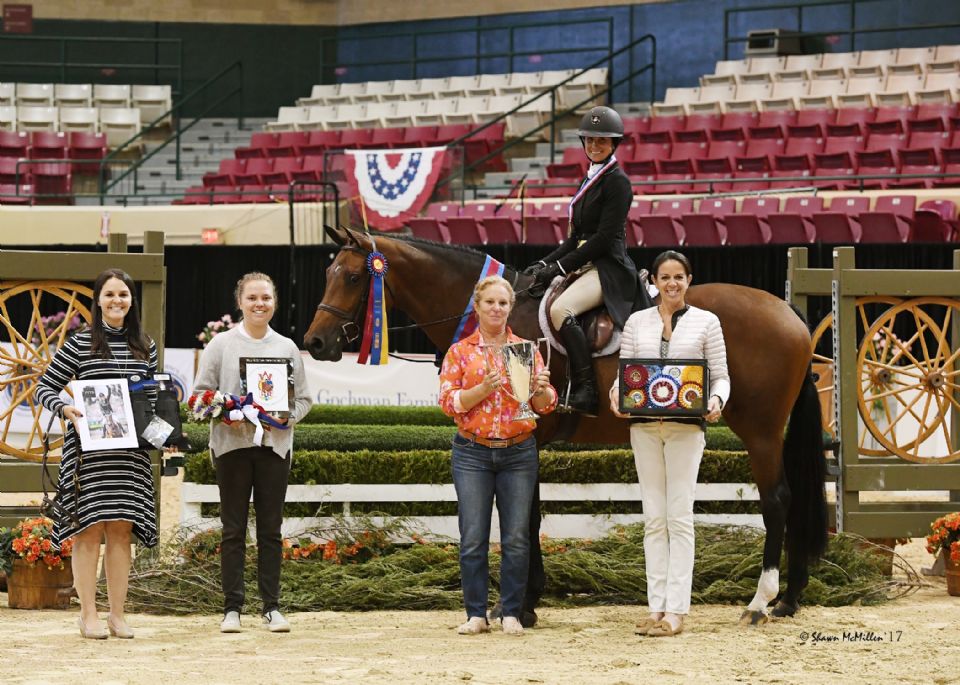 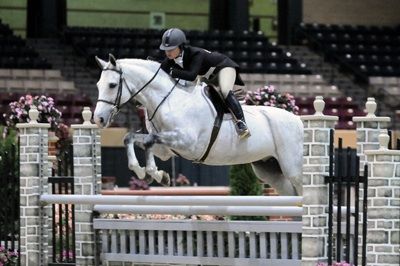 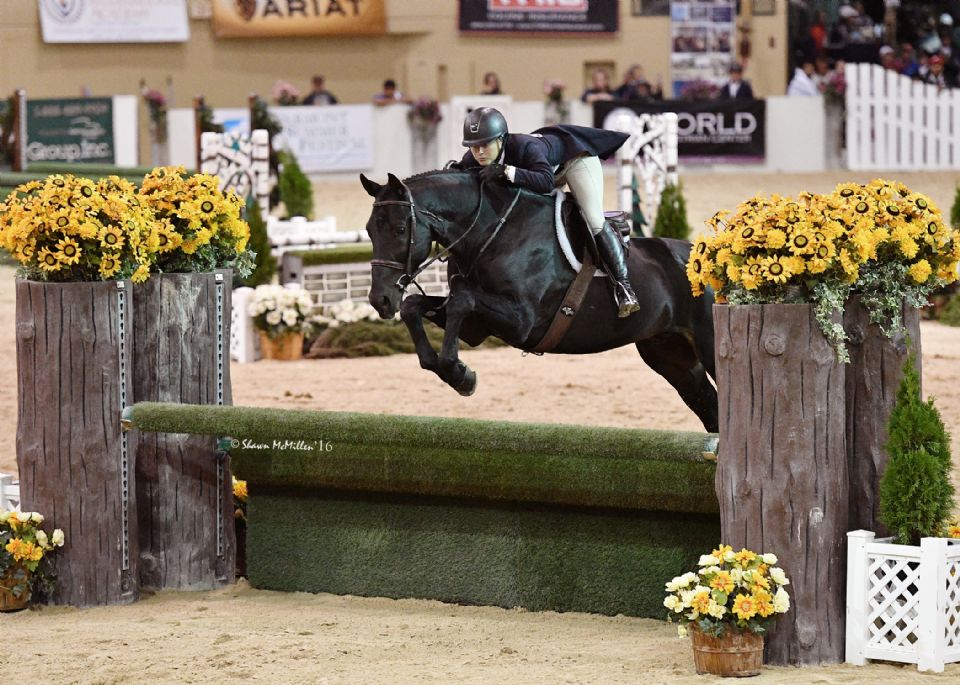 Each year, the top developing professionals who meet certain criteria are invited to contest the World Championship Hunter Rider (WCHR) Developing Pro Challenge, to be held this year on Wednesday, October 3, and offering $5,000 in prize money, presented by The John R. Ingram Fund.

The class gives less experienced professional riders a chance to compete against their peers on center stage for a coveted title. For many of the past WCHR Developing Pro Challenge winners, the class has served as a valuable springboard for their professional careers.

“It put me onto the hunter stage a little bit; it got my name out there,” said Tara Metzner, of Rancho Santa Fe, CA, who won the class in 2011 and went on to win the WCHR Professional Challenge in 2014.

“Capital Challenge is one of the biggest stages for the hunters,” continued Metzner. “For a young, developing rider to go in the ring there following a Scott Stewart or a Liza [Boyd] can be super intimidating. To be able to have a class where you’re still on a national stage, but that is specifically for developing pro riders where you’re competing against your peers instead of those really seasoned riders, gives a nice opportunity for developing pros to really shine on that bigger stage.”

“For me, having those classes at Capital Challenge – the WCHR Pro Finals, the Developing Pro and the Pro Challenge – then when you go into those big classes like you did with the Pre-Green Incentive with 150 horses, you’re just that much more confident and ready,” explained Metzner.

“To win that class was definitely a confidence booster for me,” said Damico of Malvern, PA. “I love going to Capital Challenge every year, and it’s a great class. It’s a tough industry, and I think it’s nice to highlight some of the riders that maybe don’t have their name in the spotlight yet and give them a jump start and have people get to know them.”

In the year since winning the class, Damico’s Ramble On Farm has continued to grow with new horses, clients, and show ring successes – including in both the hunter ring and now the grand prix ring for Damico.

Also seeing great success in her career since her win in the class in 2016 is Amber Henter, who hails from Saint Petersburg, FL. Henter, who worked for Val Renihan at the time, later accepted a position with Sweet Oak Farm to gain greater experience in the jumpers, and just this year was named the assistant coach of the Southern Methodist University National Collegiate Equestrian Association (NCEA) team.

“Winning the class was very exciting,” said Henter. “I went in with zero expectations, so being able to win meant a lot. I think the class is great, and it gives the younger professionals the opportunity to be seen, which is really nice.”

In 2009, the class helped Katherine Newman of Wellington, FL, break onto the professional scene in her very first year following her junior career.

“Capital Challenge is such a big deal,” said Newman, who was also quick to thank Mimi Abel Smith, owner of her 2009 winning mount, Daydream. “It’s so important, and there are so many people there. Winning gave me a little extra confidence. I was a junior, and I immediately turned professional. It was quite a transitional period because you’re competing against a totally different group of people – Havens Schatt, Tim Goguen, Hunt Tosh, and Liza Boyd – so that’s quite intimidating to move into those professional divisions. It was nice to be able to do a big important class, but you’re kind of on a level playing field in terms of who you’re competing with. I didn’t have to compete against those amazing riders, but it was still a really big class.”

Since her win, Newman has continued to see great success in the hunter ring, and this year, she’s keeping her fingers crossed that she’ll make the qualification cut-off for the WCHR Professional Challenge.

More details on this year’s WCHR Developing Pro Challenge, presented by The John R. Ingram Fund, and on the 25th anniversary edition of the Capital Challenge Horse Show, including the complete prize list and schedule of all of the hunter, jumper, and equitation offerings, can be found online here.