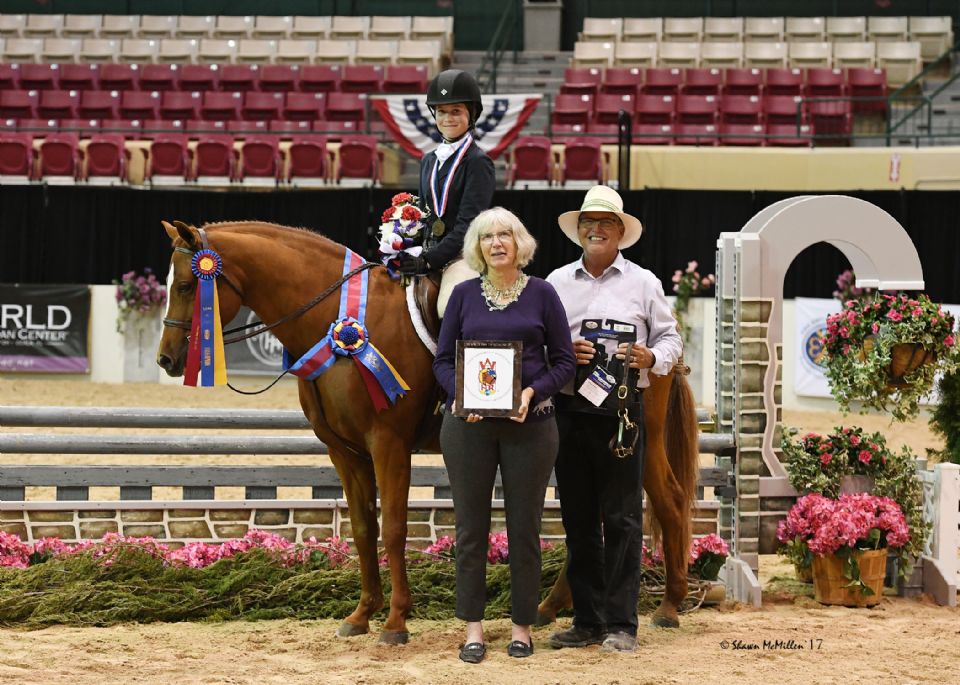 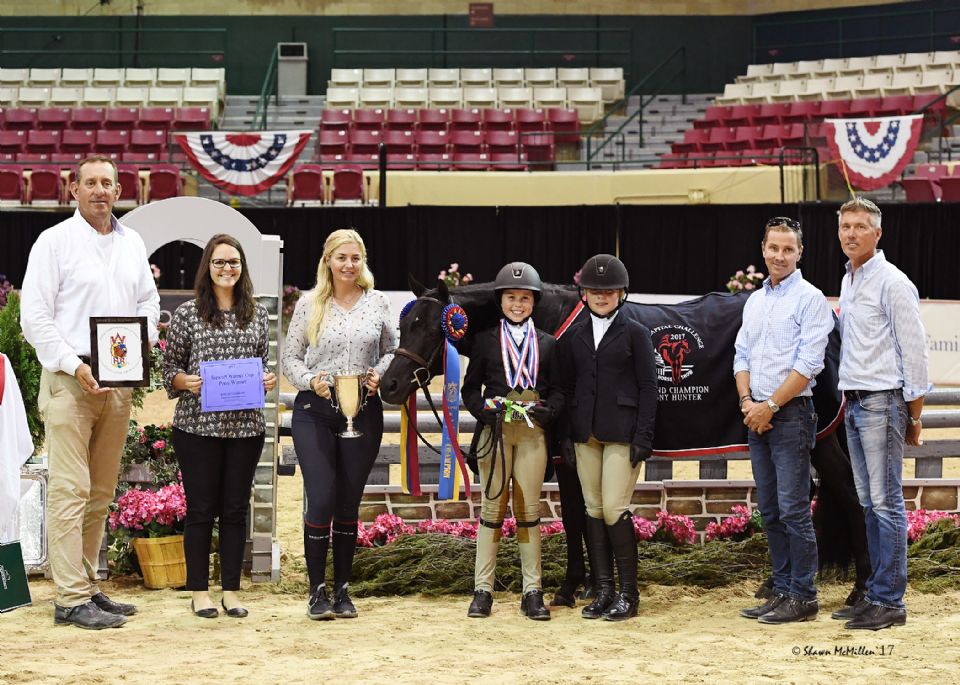 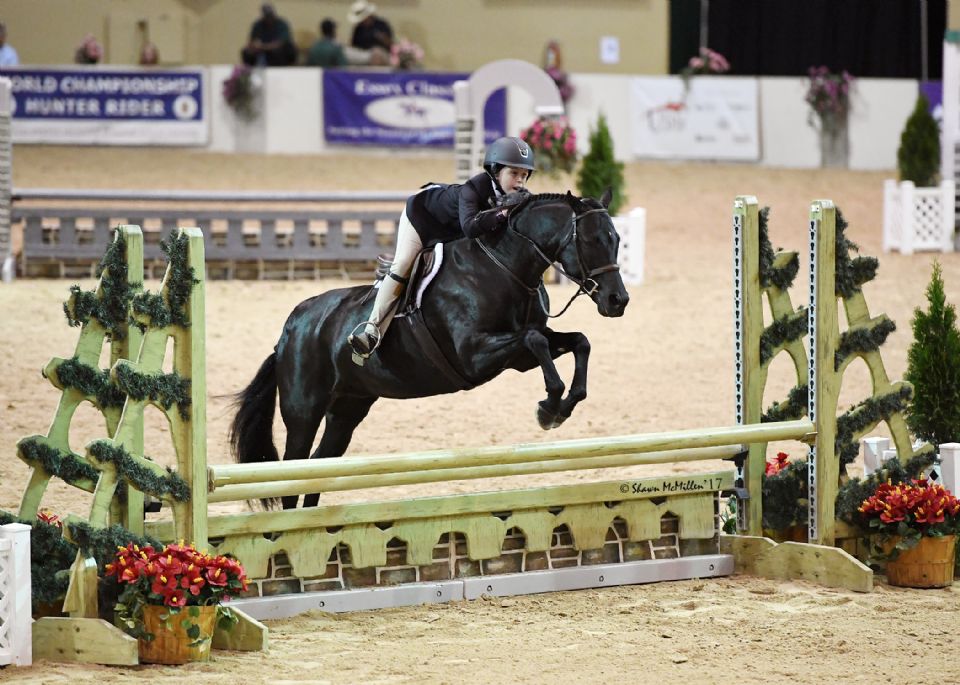 The Capital Challenge Horse Show’s youngest competitors took center stage on Saturday, October 7, at the Prince George’s Equestrian Center. Riding away with the Grand Pony Hunter Championship was Caroline Signorino on Anisette, owned by Hannah Hoch. Presented by the World Equestrian Center, the Capital Challenge Horse Show ends on Sunday, October 8, with the conclusion of the Junior and Children’s Hunter divisions.

Signorino also received the Stewart-Warner Pony Cup, sponsored by Don Stewart and Louise Serio, and given to the pony rider who, in the opinion of the judges, exhibits the best riding style on a hunter throughout the competition, and the EMO Best Pony Trip of the Show with a score of 90.

“It feels amazing,” said Signorio of her numerous Capital Challenge accolades. “We’ve worked so hard, and from getting a 90 at Devon to this, it really can’t get much better than this year.”

Signorio has spent the last two-and-a-half years riding with trainers David Belford and Christopher Payne at New Hope Farm in Ohio, and Belford echoed Signorino on her accomplishments throughout the year and particularly at the Capital Challenge Horse Show.

“Caroline’s done an amazing job. She and ‘Annie’ get along beautifully; Annie’s really pushed her riding to the next level,” said Belford. “This is a huge accomplishment. Winning at this horse show is winning from among everybody around the country. It’s really one of the best horse shows, in my opinion, to be honored like this, and Caroline’s worked so hard.”

Finishing as the reserve champions behind Signorino and Anisette in the Medium Pony Hunter division were Grace Debney of Hampden, MA, and Denmark, owned by John Skinner.

Debney also earned the Large Pony Hunter Championship, sponsored by World Equestrian Center, aboard her own Storyteller, and she and the 14-year-old German Sport Pony gelding returned to the ring to take the victory in the $2,500 World Championship Hunter Rider (WCHR) Pony Challenge.

The Large Pony Hunter reserve championship was presented to Stella Wasserman of Beverly Hills, CA, and her own Benetton.