Ed James of SSG Gloves presents Conor Swail with a $3,000 bonus following his win in the $35,000 Ruby et Violette WEF Challenge Cup Round VI on February 18 at the Winter Equestrian Festival in Wellington, FL.
Photo by Sportfot 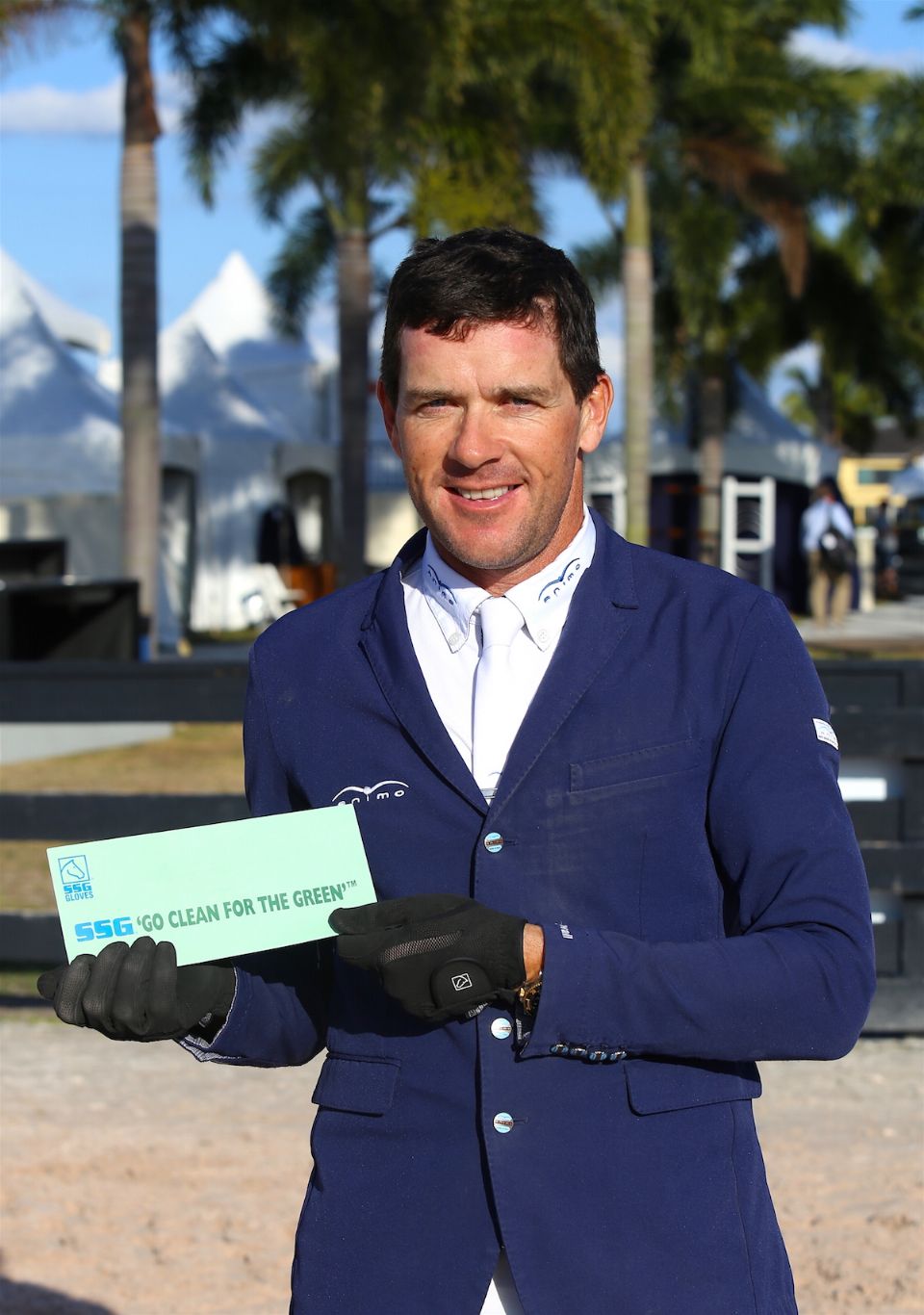 Ireland's Conor Swail jumped to a $3,000 bonus in the SSG Gloves “Go Clean for the Green” promotion for wearing SSG ‘Digital’ style riding gloves on his way to victory in the $35,000 Ruby et Violette WEF Challenge Cup Round VI on Thursday, February 18, at the 2016 Winter Equestrian Festival (WEF) in Wellington, FL.

Swail and Dillinger, a nine-year-old Belgian Warmblood stallion, owned by Ariel and Susan Grange, were one of ten pairs to advance to the jump-off, setting the stage for a speed duel. Four riders navigated the short course without faults, but it was Swail's time of 39.98 seconds that secured him the win from the seventh spot in the jump-off order.

While Swail has won the SSG Gloves Bonus before, this is his first win during the 2016 season and he welcomed the extra $3,000 in prize money.

“[The gloves] are very important to us, especially on these hot days where the horses can get sweaty,” said Swail of his SSG Digitals. “It's reassuring to have a good product to do all the right things. We can't be blaming our hands for any mistakes.”

A loyal SSG Glove wearer for several years, Swail has noticed a surge in their popularity since the unveiling of the “Go Clean for the Green” promotion in 2010.

“It's a very nice bonus,” he said. “They are a great glove and it's a good way to promote them – you can see everyone is now using the gloves.”

The future looks bright for Swail and Dillinger with Thursday's win being their biggest yet after stepping the young stallion up to FEI competition at the end of 2015.

“I think he's going to be a championship horse,” added Swail. “He will tell me when he's ready to do that, but in the meantime he's getting good experience and I never want to over-face him.”