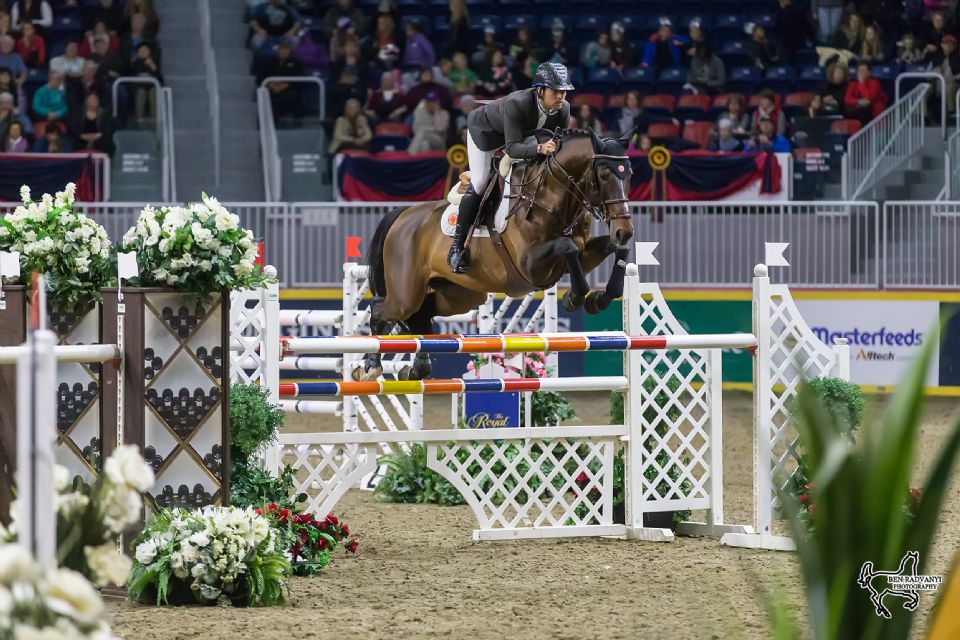 Daniel Bluman of Israel won the $35,000 International Jumper Power and Speed on Tuesday, November 7, to kick off international show jumping competition at the CSI4*-W Royal Horse Show in Toronto, ON.
Photo by Ben Radvanyi Photography 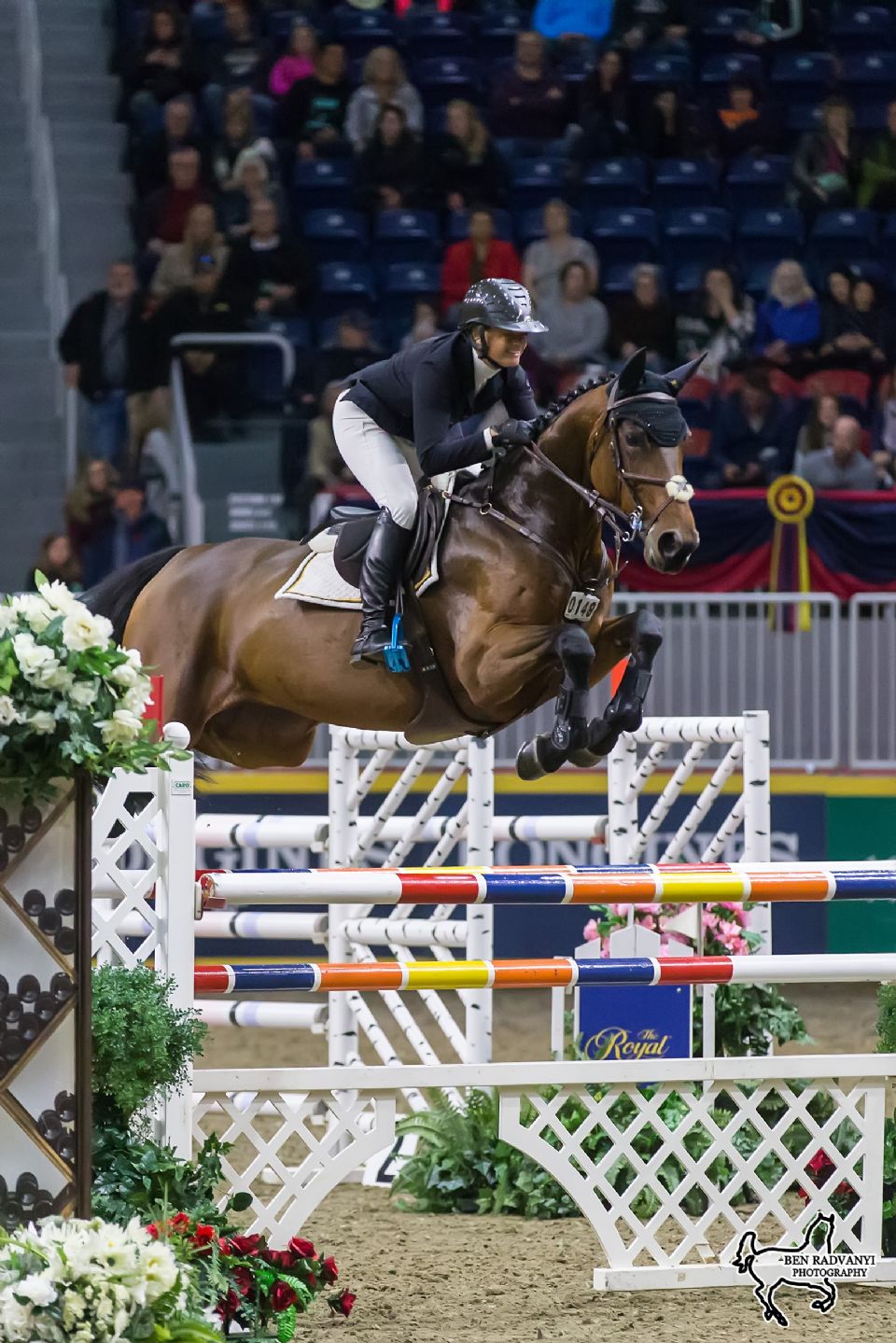 Canada’s own Erynn Ballard of Tottenham, ON, placed second in the $35,000 International Jumper Power and Speed riding Thalys Z on Tuesday, November 7, at the CSI4*-W Royal Horse Show in Toronto, ON.
Photo by Ben Radvanyi Photography 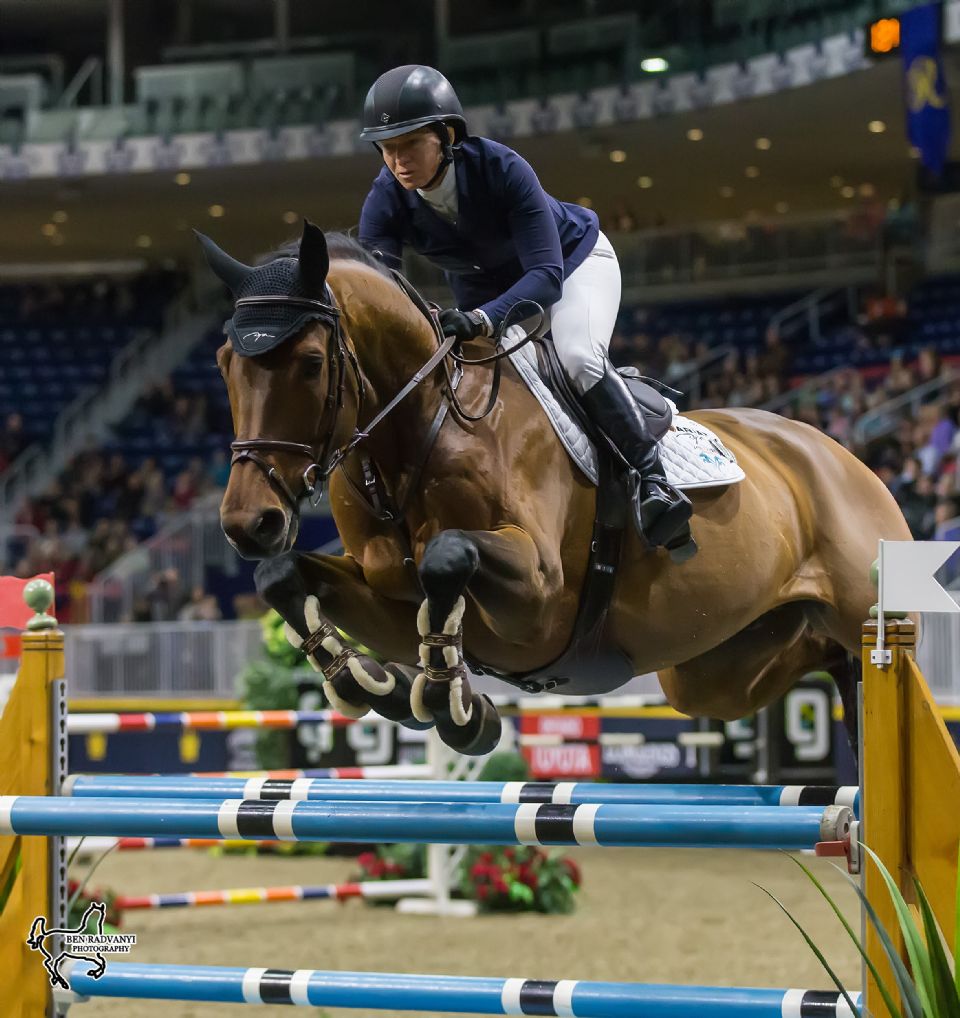 Two-time Olympian Daniel Bluman of Israel opened international show jumping competition at the Royal Horse Show with a win in the $35,000 International Jumper Power and Speed on Tuesday, November 7, at the CSI4*-W Royal Horse Show, held as part of the 95th Royal Agricultural Winter Fair running through November 13 in Toronto, ON.

Upon successfully completing the ‘power’ phase of 2016 Rio Olympic course designer Guilherme Jorge’s track, those who were clear from the 23-horse starting field advanced to the ‘speed’ portion where the fastest time won.  Riding Apardi, a 12-year-old Dutch Warmblood stallion (Corland x Kannan) owned by Simhon – Schwitzer - Bluman, Bluman posted a time of 26.48 second over the speed course to take the win over Erynn Ballard of Tottenham, ON, who stopped the clock in 27.42 seconds aboard Thalys Z, owned by The Thalys Group.

“The Royal is one of my favorite horse shows of the year,” said Bluman, 27, who will pilot three horses in the international division at this year’s Royal Horse Show.  “The atmosphere is fantastic, and I don’t think there is an indoor event like it anywhere else in North America.  I came on a late invitation several years ago and I loved everything about it, so I put it on my calendar and try to come every year.”

“I have had the ride on Apardi since 2013; he is a fantastic jumper with a lot of quality and scope,” continued Bluman of his 2016 Rio Olympic mount that is an active breeding stallion, having sired over 150 foals to date.  “He is a little green in the mind, but now that he is entering into his later years, it is going to be the best time in his career.  He is a horse with all the talent and can jump at the top of the sport.”