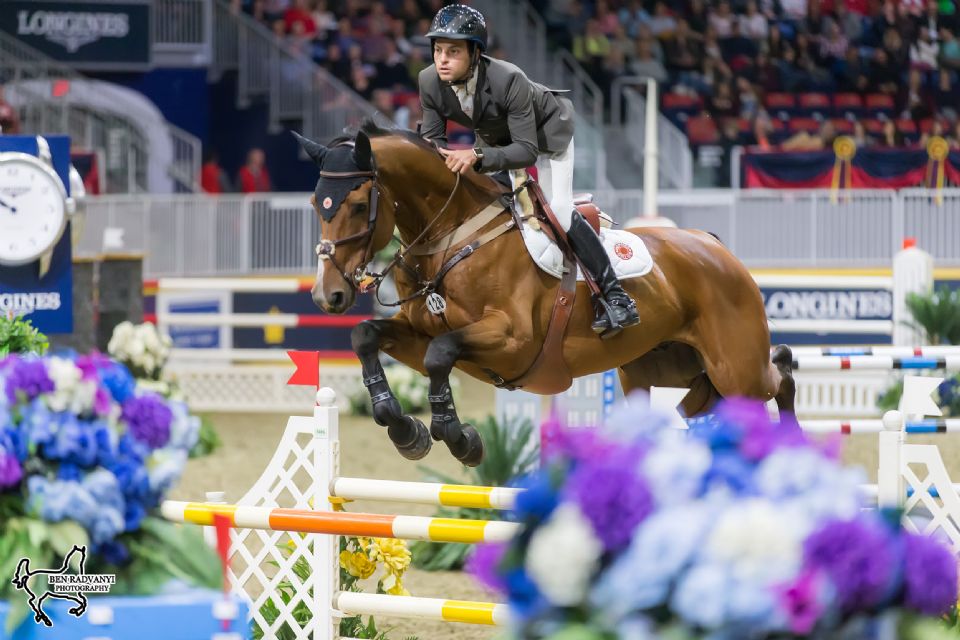 Daniel Bluman had the crowd cheering as he won the $85,000 GroupBy Big Ben Challenge riding Ladriano Z on Thursday night, November 8, at the CSI4*-W Royal Horse Show in Toronto, ON.
Photo by Ben Radvanyi Photography 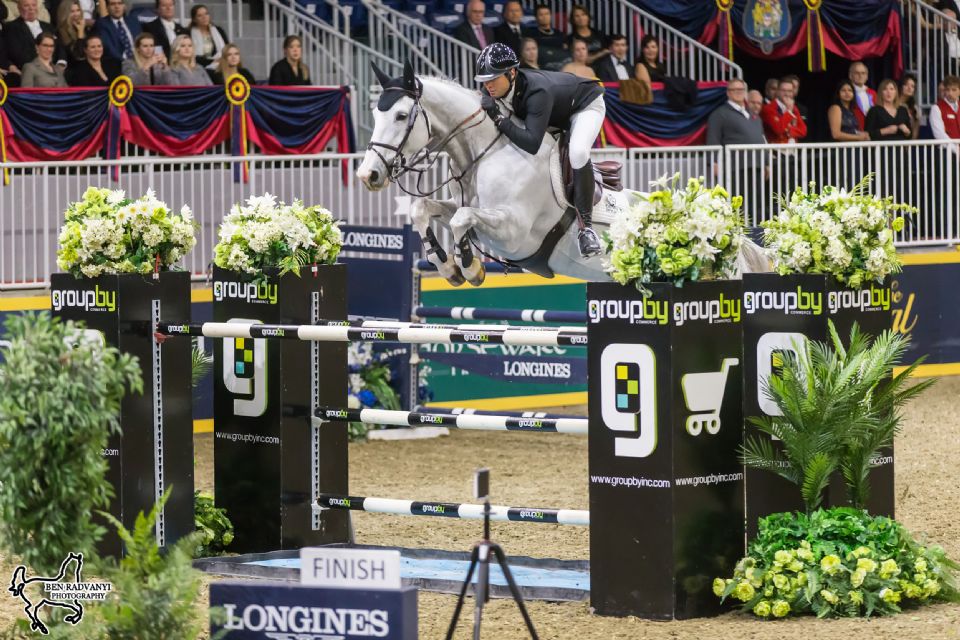 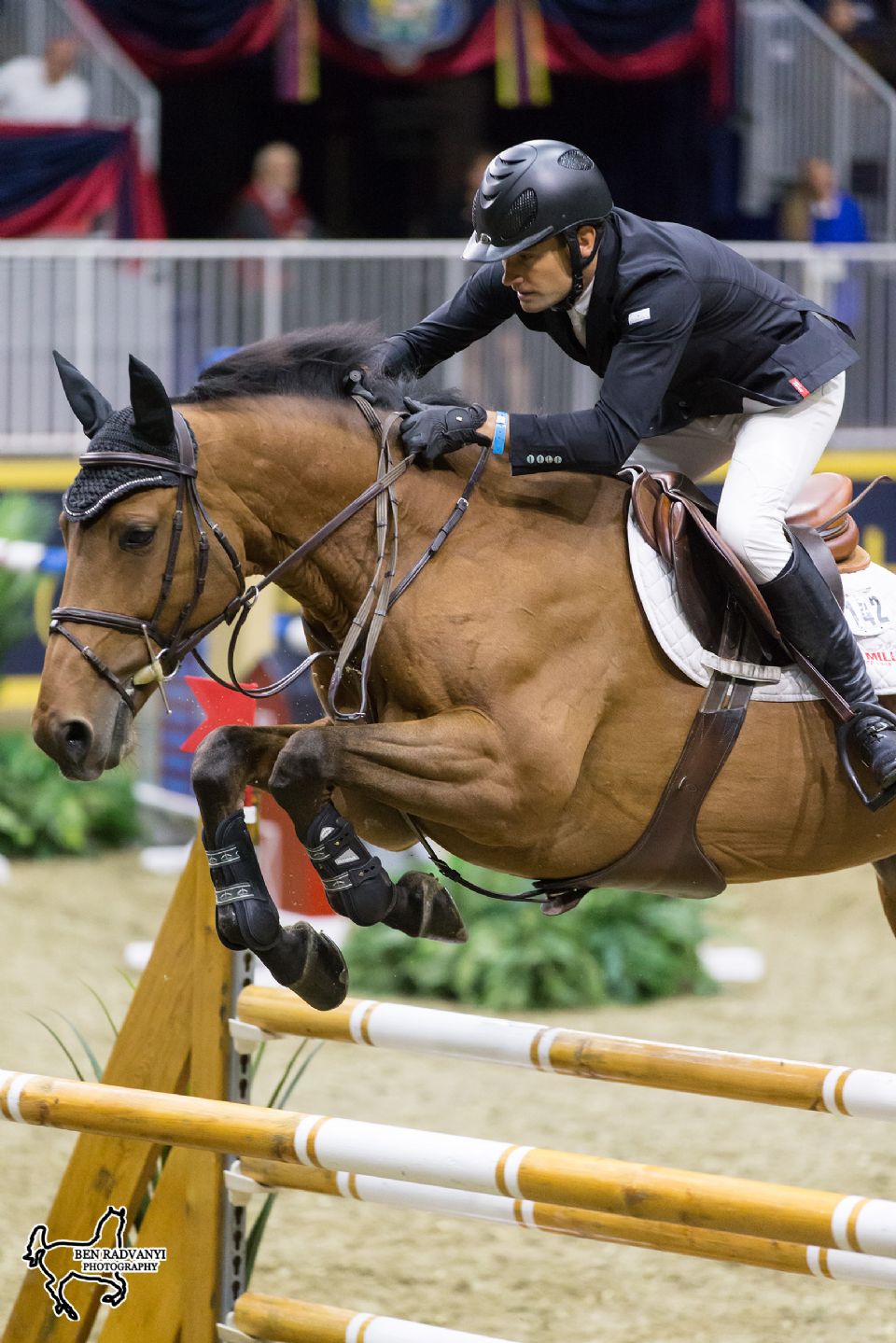 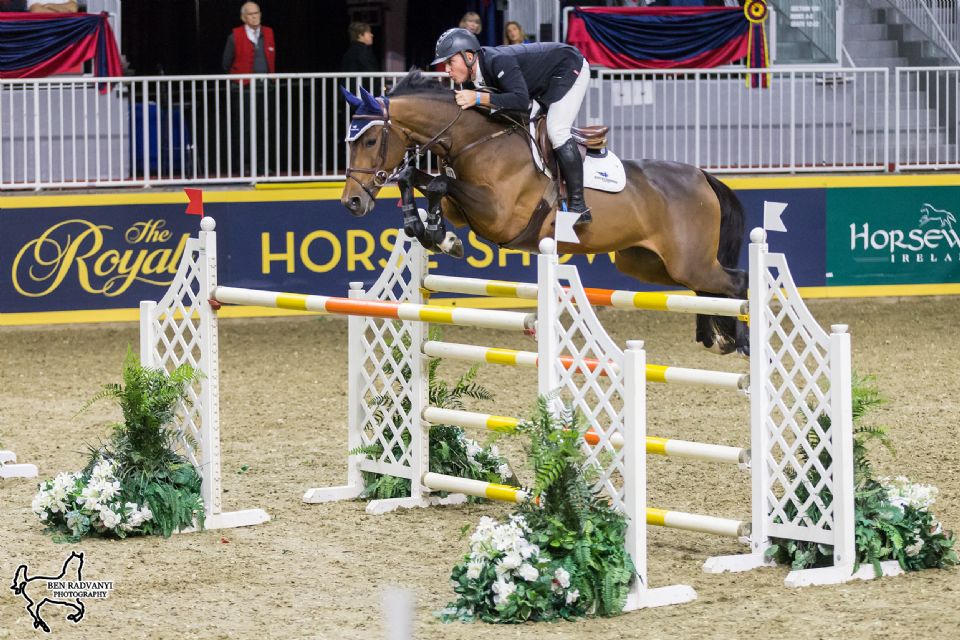 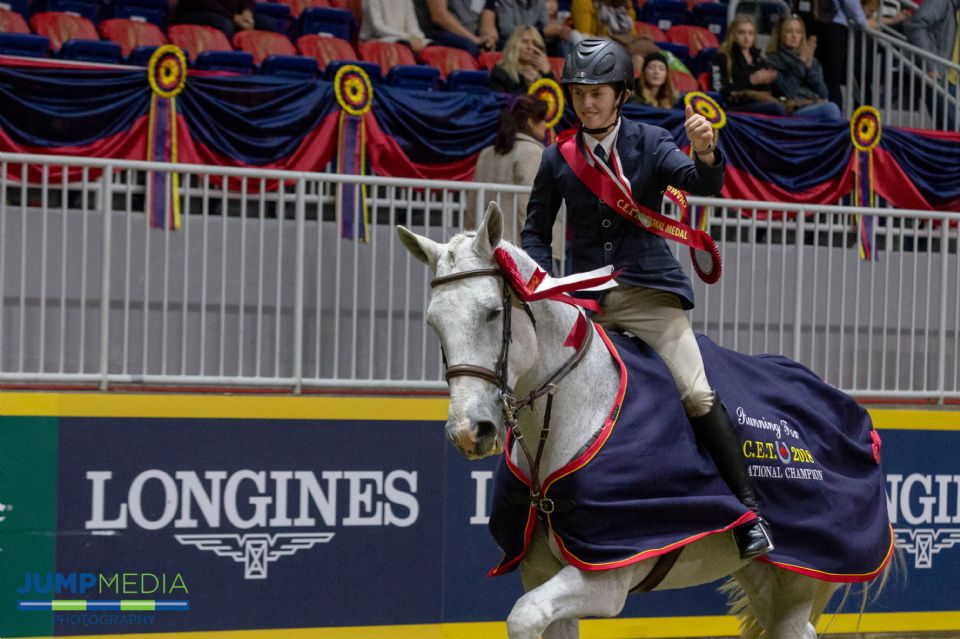 Hot off his victory in the ASPCA Maclay National Final, Sam Walker of Nobleton, ON, won the Running Fox CET Medal with Willem at the Royal Horse Show.
Photo by Jump Media

Twenty-two of the world’s top show jumping athletes entered the Coca-Cola Coliseum in the hopes of scoring victory in the $85,000 GroupBy “Big Ben” Challenge, a sentimental favourite at the Royal Horse Show named for Ian Millar’s former mount.  Eleven mastered the track set by 2018 World Championship course designer, Alan Wade of Ireland, to advance to the jump-off.

“I had the advantage of going last,” said Bluman, who represented the Israeli Show Jumping Team in its first World Championship appearance in September.  “Devin’s horse is a very fast horse.  It has pretty much the same weapons that mine has to win a class like this one.  I won by a fraction of a second.  I got lucky also.  I could have been second place, but it was meant to be for me tonight.”

At 28 years of age, Bluman has been competing at the Royal Horse Show for several years and appreciated the crowd’s support as he went for the win.

“My first year competing here was 2011; Eric Lamaze got me an invitation,” said Bluman.  “I’ve come almost every year since then.  I really, really love it.  It’s a fantastic city, and it’s a fantastic crowd.  When you jump in a place that has a crowd and has an atmosphere, the whole energy changes and your desire to win also changes.  We go to a lot of competitions, but when you’re at a show like this, every class you compete in, you want to perform.  Forget about the prize money, forget about the world ranking points, forget about anything else; you just want to be the best that you can be for the crowd.  That’s what makes it fun!”

Catherine Tyree of the United States took third place with a clear round in a time of 33.32 seconds riding Bokai while Australia’s Rowan Willis and Blue Movie were fourth after crossing the timers in 34.52 seconds.  Canadian Olympian Beth Underhill of Schomberg, ON, set the pace as the first to go in the jump-off, delivering a fantastic clear in 35.26 seconds aboard Count Me In, owned by Sandy Lupton, to round out the top five.

From a starting field of 19 entries representing eight different countries, nine combinations advanced to the jump-off over Wade’s course.  The leading time continued to get progressively faster throughout the jump-off, with the final entry of Cournane and Penelope Cruz, his 10-year-old Irish Sport Horse mare, stopping the clock in 28.69 seconds to take the win.

“She’s naturally a very quick horse, so I knew that if I could do the distances and be tight, she covers the ground very quickly,” said Cournane, who acquired the mare from fellow Irishman Darragh Kerins a year ago.  “I had to have a lot of confidence in her to do the tight turns and trust that those jumps would stay up and that we’d be fast.

“I’m so honoured to be here,” continued Cournane, who is competing at The Royal for the first time. “It’s a wonderful show, and I’ve heard so many great things about it.  I was first reserve on the invited riders’ list for a couple of weeks; I was really hoping I’d get in and, at the end, I did!”

“It’s very funny; when I was a kid doing hunter trials in Ireland, I was 16 or 17, and Alan was building the courses back then,” said Cournane, 36. “Now we’re at The Royal, and he’s building!  It’s incredible.”

With less than a second separating the top four finishers, second place with a time of 29.09 seconds went to Canada’s Keean White aboard Tahiorn while third place was awarded to Daniel Bluman of Israel with a time of 29.18 seconds riding Colestina H.  Rounding out the top four with a time of 29.58 seconds was Kent Farrington, the defending champion of the Royal Horse Show’s marquee event, the $205,000 Longines FEI Jumping World CupTM Toronto, riding Daddy Cool.

Also claiming a major victory on Thursday afternoon was 16-year-old Sam Walker of Nobleton, ON.  Fresh off a win in the prestigious ASPCA Maclay Final at the National Horse Show in Lexington, KY, on Sunday, November 4 – where he became only the fourth Canadian winner in the event’s storied history – Walker returned home to Canada to also top the Running Fox CET Medal National Final.

“It feels a little bit surreal!” said Walker of his dual wins, first aboard Waldo on Sunday at the National Horse Show and then four days later riding Willem, a mount owned by Nicole Loochtan that was a last-minute ride for Walker after his intended mount for the final was sold.

“He came up here for the CET from Castlewood Farm in Wellington, FL,” said Walker, who trains with his parents, Scott and Dee Walker of Forest Hill Farm, and John Brennan and Missy Clark at North Run.  “He was amazing this week; I couldn’t be happier with how he performed.  I’m just really, really grateful that I got the opportunity to ride him.”

Competition at the Royal Horse Show continues through Saturday with show jumping highlights including the $50,000 Weston Canadian Open on Friday night and the highly-anticipated conclusion, the $205,000 Longines FEI Jumping World CupTM Toronto, presented by GroupBy, on Saturday, November 10.

More than 1,000 horses from around the globe are competing for $980,000 in prize money during the 10-day CSI4*-W Royal Horse Show.  VIP Platinum and Gold seating, as well as group and individual tickets, are selling quickly.  All Royal Horse Show tickets include general admission to the Fair.