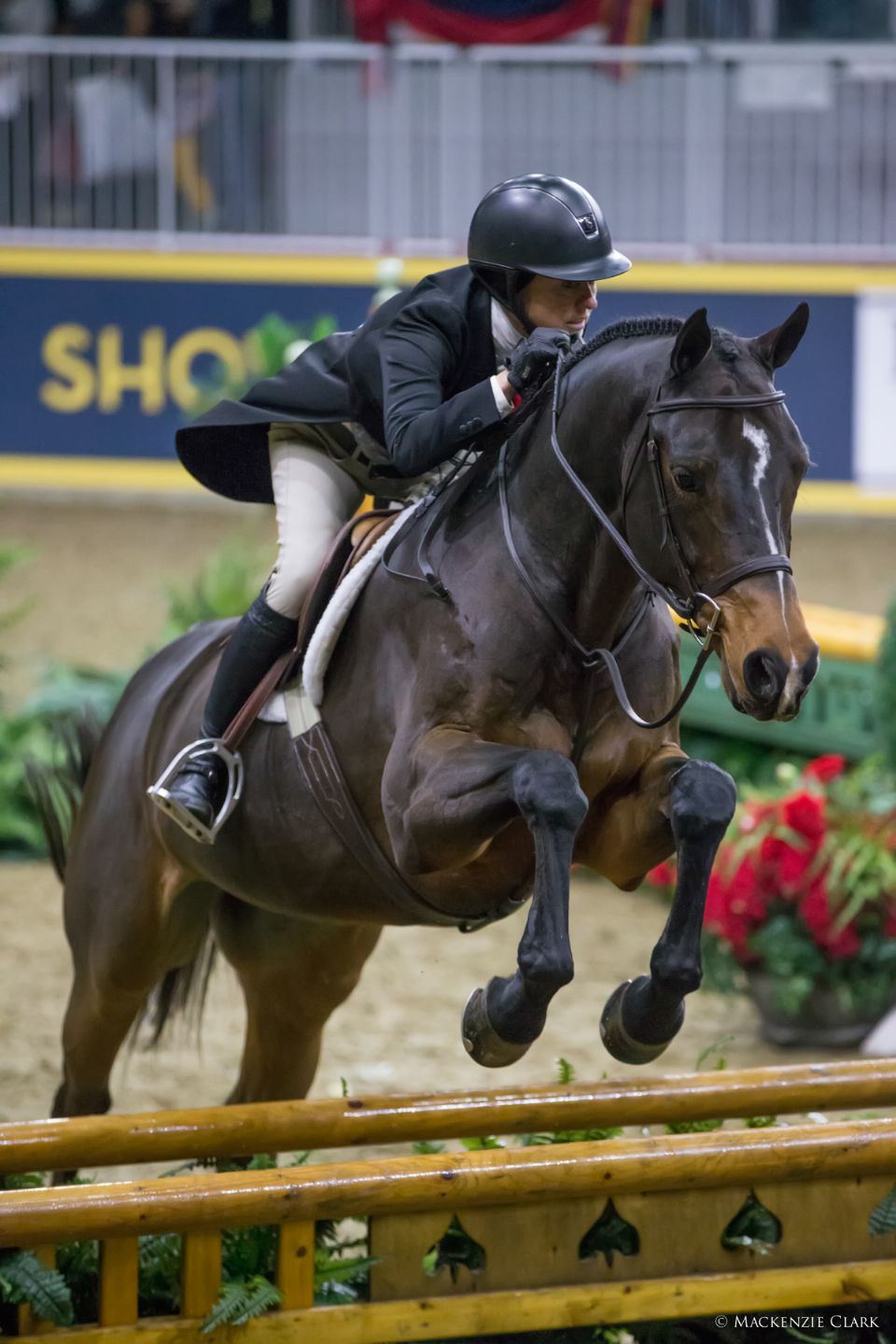 Darcy Hayes and Say When won the $15,000 Braeburn Farms Hunter Derby on Sunday, November 6, at the Royal Horse Show in Toronto, ON.
Photo by Mackenzie Clark 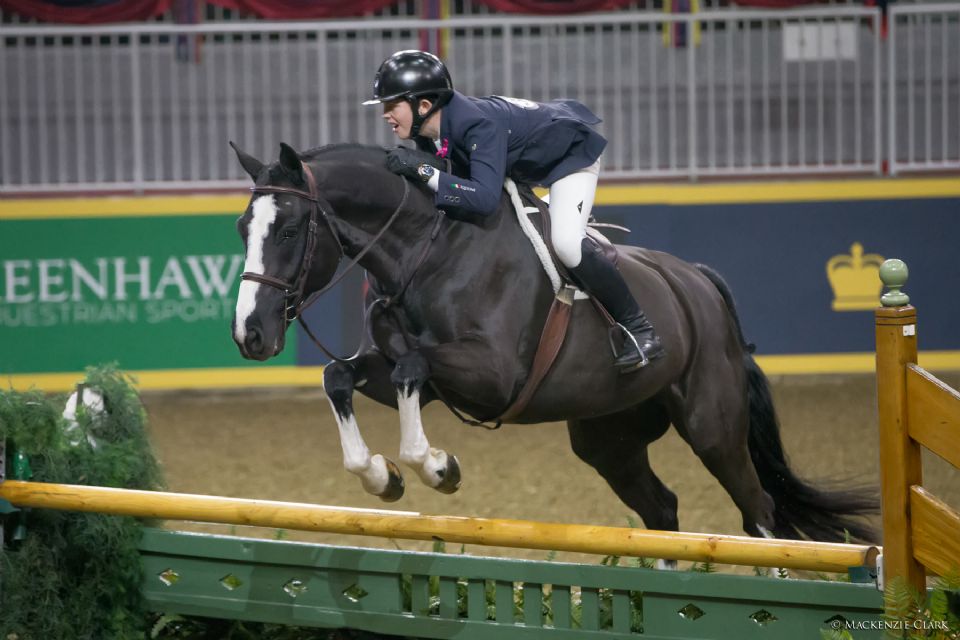 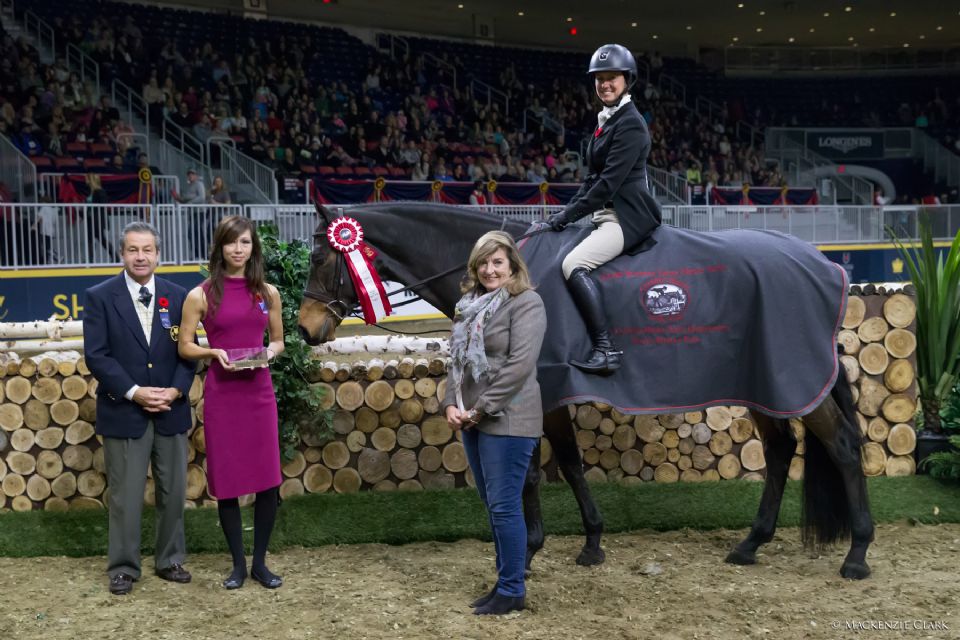 Darcy Hayes and Say When accept the top honor in the $15,000 Braeburn Farms Hunter Derby.
Photo by Mackenzie Clark

Darcy Hayes of Aurora, ON, and Say When won the $15,000 Braeburn Farms Hunter Derby on Sunday, November 6, at the Royal Horse Show, held as part of The Royal Agricultural Winter Fair in Toronto, ON.

The top 12 horses in the Canadian Hunter Derby Series, held throughout the season at competitions across the country, as well as four wild card entries contested Sunday afternoon’s class in the Ricoh Coliseum.  Hayes and Say When entered The Royal as the leader in the points standings, giving them the advantage of going last in Sunday’s competition.

Riding over a course of natural obstacles designed by J.P. Godard of Aiken, SC, Hayes and Say When, owned by Danielle Trudell-Baran, earned a score of 90.  Judges Brian Lenehan of Palm Beach Gardens, FL, and Steve Wall of Pinehurst, NC, also awarded ten bonus points to Hayes for utilizing all five of the high options as well as eight handy bonus points, giving her the win with an overall score of 108.

“It’s always great to win at The Royal,” said Hayes.  “Everybody’s here and it’s the crème de la crème of Canada.  It’s always nice to put ribbons on the banner here at The Royal.  Everybody’s goal is to get here all year long, and to be successful when we get here.”

Hayes has been riding Say When for four years, with 2016 marking her third win at The Royal with the eight-year-old Dutch Warmblood gelding.

“He’s an amazing horse,” said Hayes, who guided Say When to a second place finish in the $50,000 International Hunter Derby at the 2015 Winter Equestrian Festival in Wellington, FL.  “He’s probably the nicest horse I’ve ever ridden.  This is the only class he’s done here, and he walks right in the ring like it’s nothing.  He shows up to work, and he always does his best.”

Limited tickets can still be purchased by visiting royalfair.org or ticketmaster.ca.