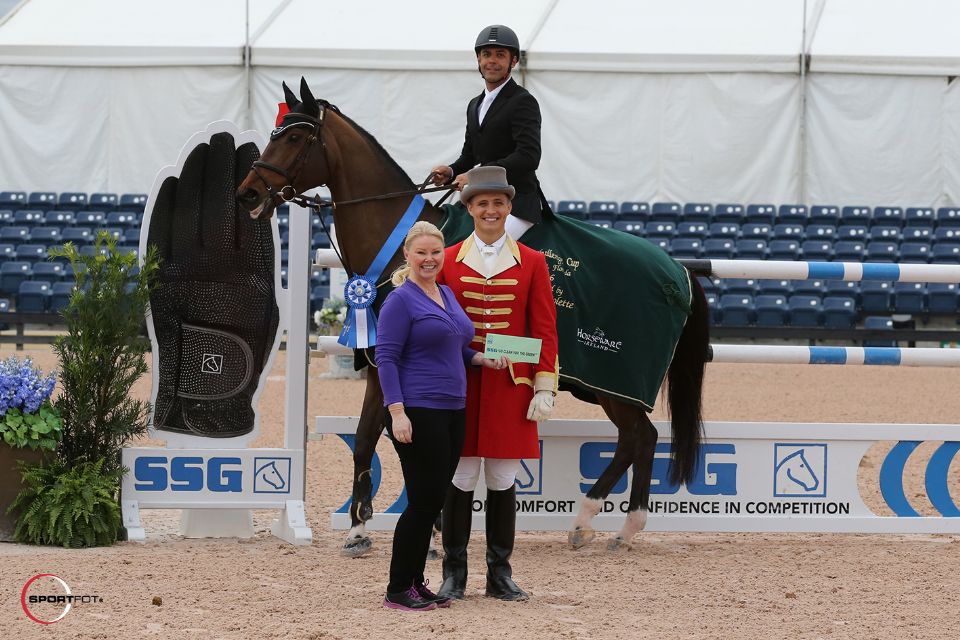 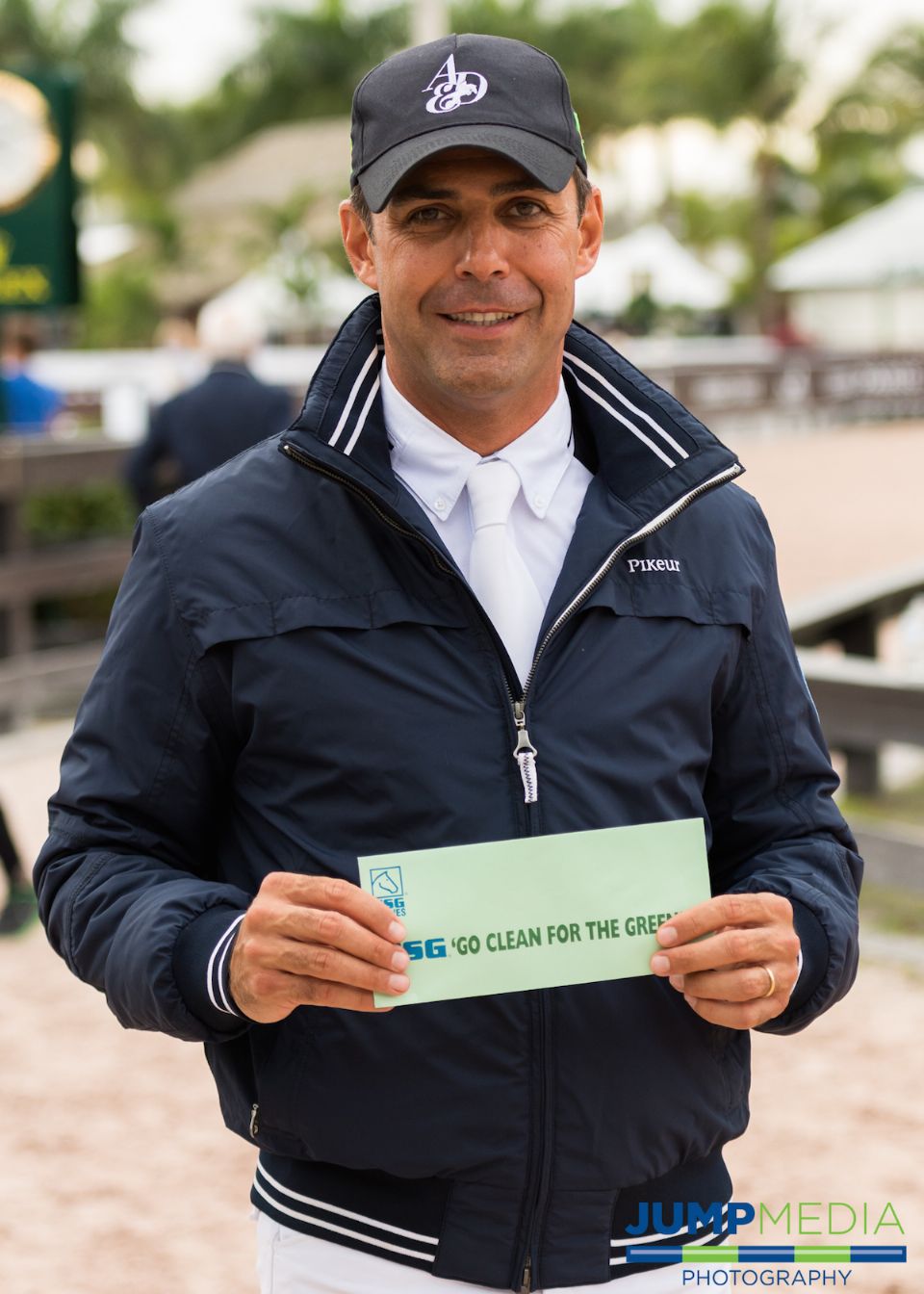 Brazilian Olympic medalist Alvaro ‘Doda’ de Miranda won the first event, along with a $3,000 bonus, in the SSG Gloves ‘Go Clean for the Green’ promotion held at the 2016 Winter Equestrian Festival in Wellington, FL.

Riding AD Nouvelle Europe Z, de Miranda topped a 48-horse starting field, including a 12-horse jump-off, to win the first $35,000 Ruby et Violette WEF Challenge Cup of the 12-week series.  As de Miranda was also wearing SSG ‘Digital’ style gloves on his way to victory, he was awarded a $3,000 bonus in recognition of his loyalty to the brand.

“I think it is very clever,” said de Miranda of the SSG Gloves “Go Clean for the Green” promotion.  “It’s a way to stimulate the people to use the gloves and, once they try them, they see how good they are.

“In Europe, I use them a lot; I always have a few pairs in my bag,” continued de Miranda, who is now a four-time winner in the “Go Clean for the Green” promotion, having won previously in 2013 and 2014.  “It is a clever way to do it, and the quality is very good so it works.”

Married to fellow show jumping competitor Athina Onassis de Miranda, the couple divides their time between training bases in Wellington, FL, and The Netherlands.  With the 2016 Olympics being held in his home country, de Miranda is focused on preparing for this summer’s Games in Rio de Janeiro.

The innovative SSG Gloves “Go Clean for the Green” promotion is now in its sixth year at the Winter Equestrian Festival and offers $60,000 in bonus money to riders throughout the 12-week competition running January 13 through April 3, 2016, in Wellington, FL.

SSG ‘Digital’ Riding Gloves are available for purchase at numerous Wellington locations, including Tackeria, as well as on-site at the Winter Equestrian Festival show grounds at various retailers.