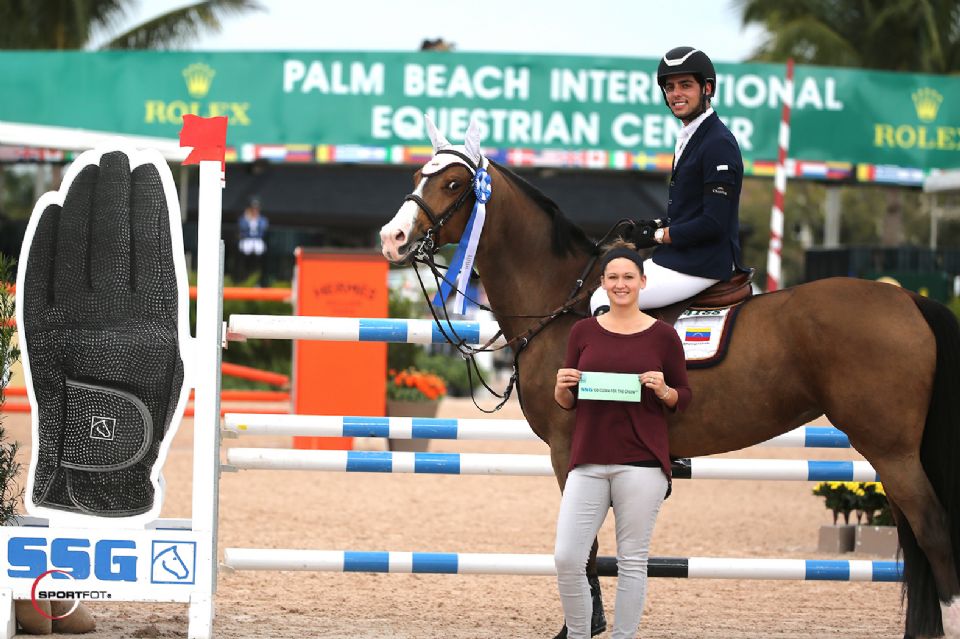 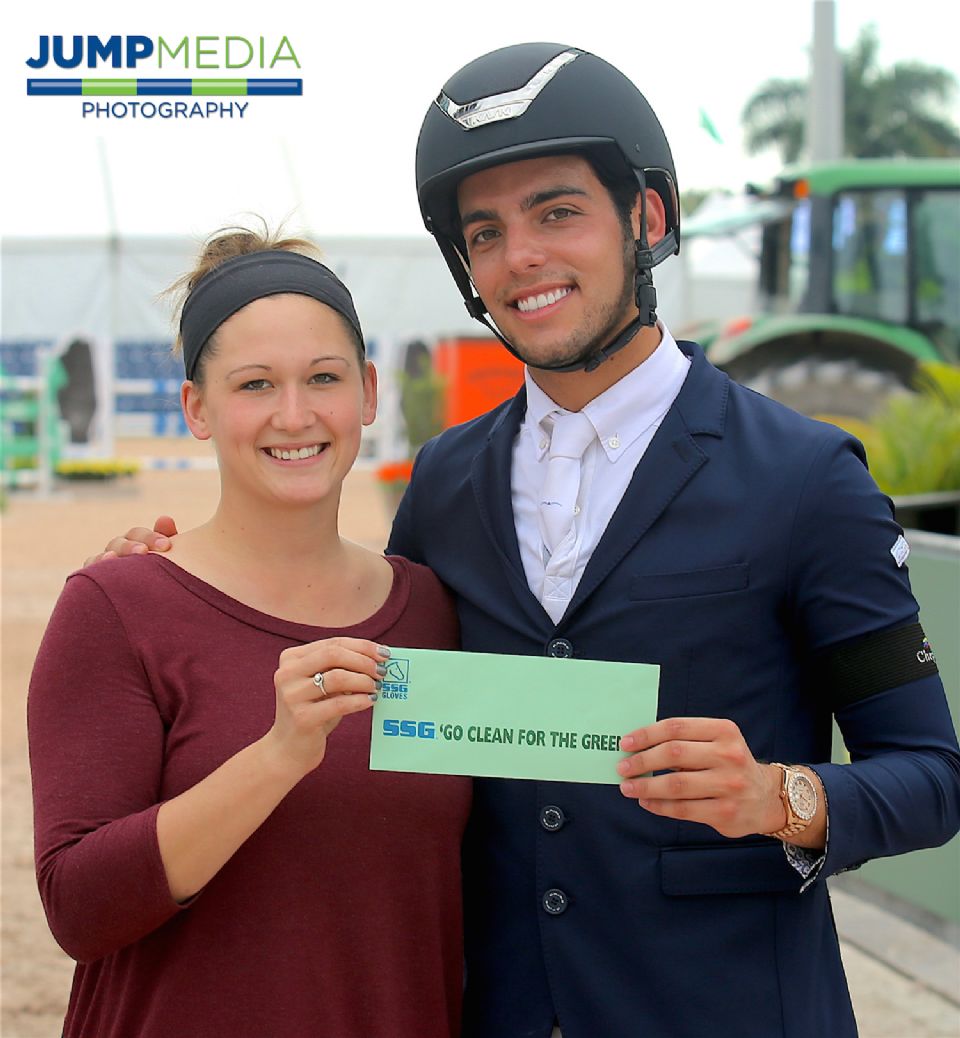 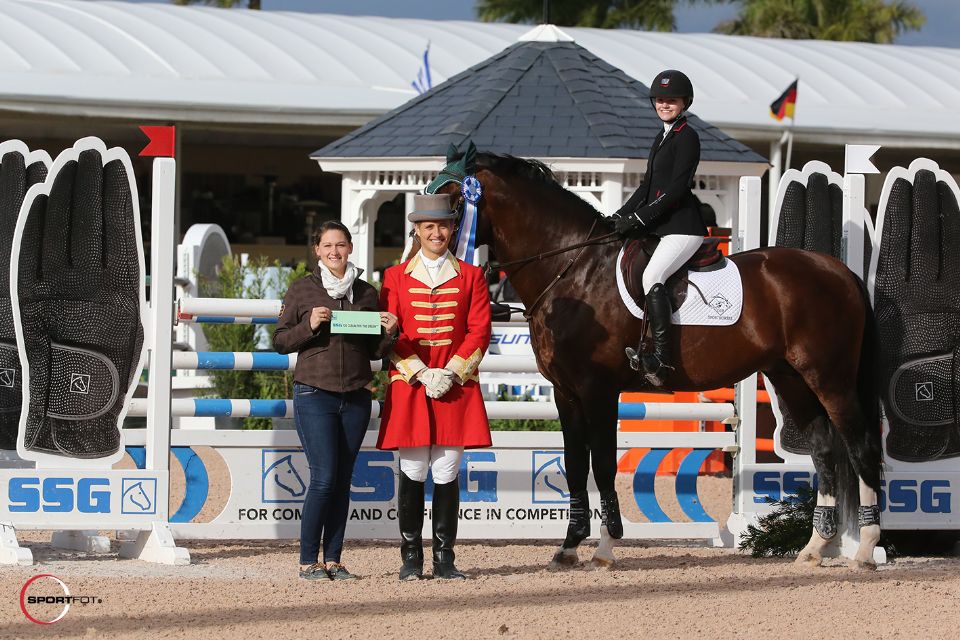 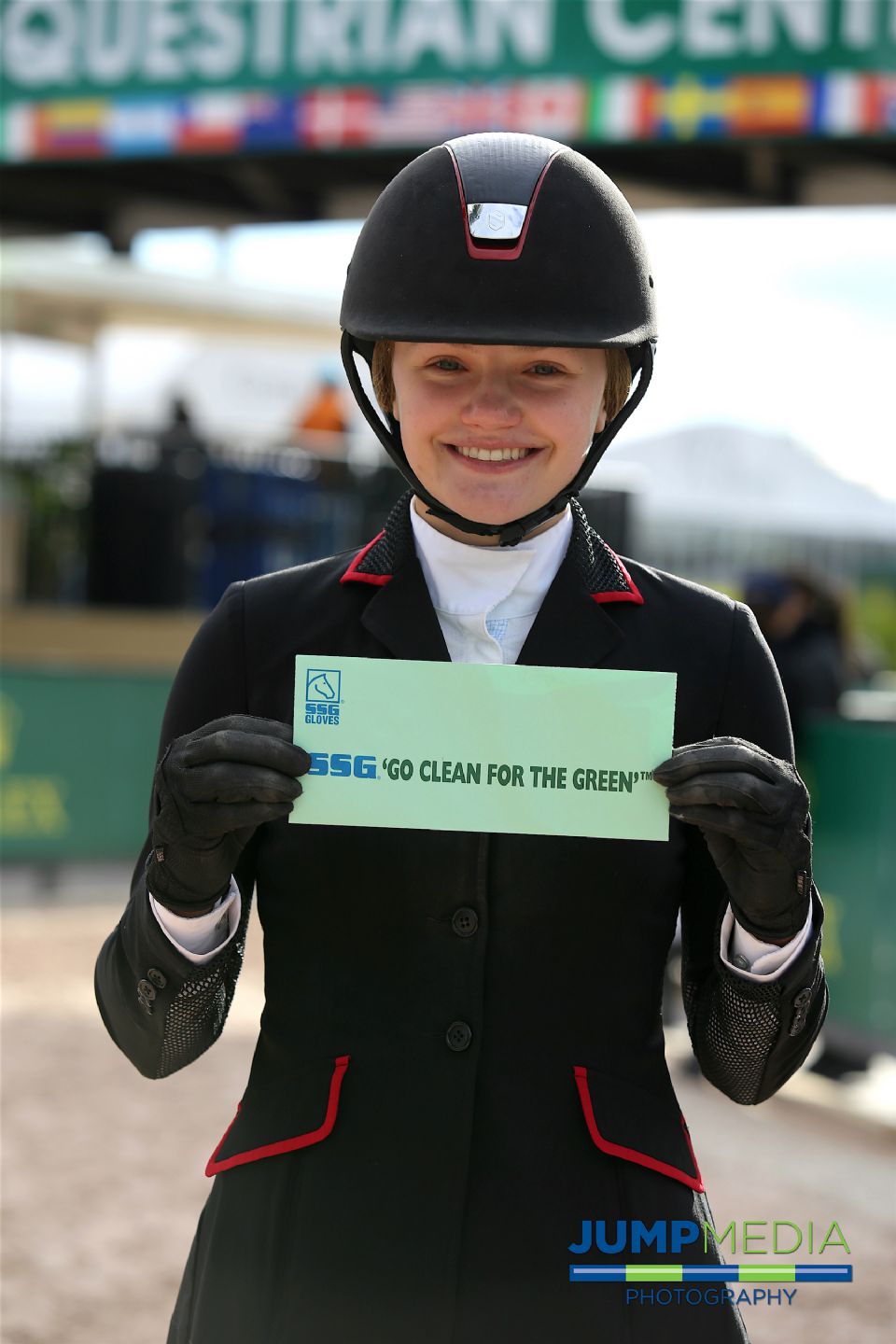 Emanuel Andrade, 19, and Giavanna Rinaldi, 16, each earned a $1,000 bonus in the SSG Gloves ‘Go Clean for the Green’ promotion during Week 4 of the Winter Equestrian Festival (WEF) in Wellington, FL.

Andrade, 19, piloted four horses in Saturday's High Amateur-Owner Classic and qualified two for the jump-off.  First back for the jump-off riding Belita, a 10-year-old Dutch Warmblood mare (Ukato x Voltaire), the young Venezuelan sensation set the pace, turning in a clear round in a time of 34.07 seconds over the short track set by 2016 Rio Olympic course designer Guilherme Jorge of Brazil.  None of the four challengers who followed were able to catch the time including Andrade himself, who also took fourth place riding Armani Z.

“I always say it is very good motivation because if you win, you have an extra prize right away,” said Andrade of being awarded the $1,000 SSG Gloves bonus during the presentation.  “It's a great idea.  I never used to wear gloves before the promotion and now SSG is all I wear.”

A frequent winner in the SSG ‘Go Clean for the Green’ promotion, Andrade traditionally gives his bonus money to his grooms at Hollow Creek Farm, who were all ringside to cheer him on during each of his four rides.

“They are the best and a big part of the sport,” said Andrade of his support team.  “I like to make it fun for them.”

Like Andrade, Rinaldi of Chicago, IL, is also a repeat winner in the SSG Gloves ‘Go Clean for the Green’ promotion.  In Sunday’s $10,000 High Junior Classic, a total of seven riders advanced to the jump-off.  There was no doubt that the SSG Gloves bonus would be awarded, as all seven jump-off contenders were sporting SSG ‘Digital’ riding gloves.  In the end, Rinaldi prevailed riding Dulf van den Bisschop, a 13-year-old Belgian Warmblood stallion (Heartbreaker x Libero H).

“I think it's a really good prize each week and it keeps the riders focused on getting it done and earning a top ribbon,” said Rinaldi of the SSG Gloves promotion.  “And, I love the gloves!  They fit so well.”

Rinaldi trains with Maggie Jayne at Pony Lane Farm and hopes to be in contention for 2016 WEF circuit championship in the High Junior Jumper division.