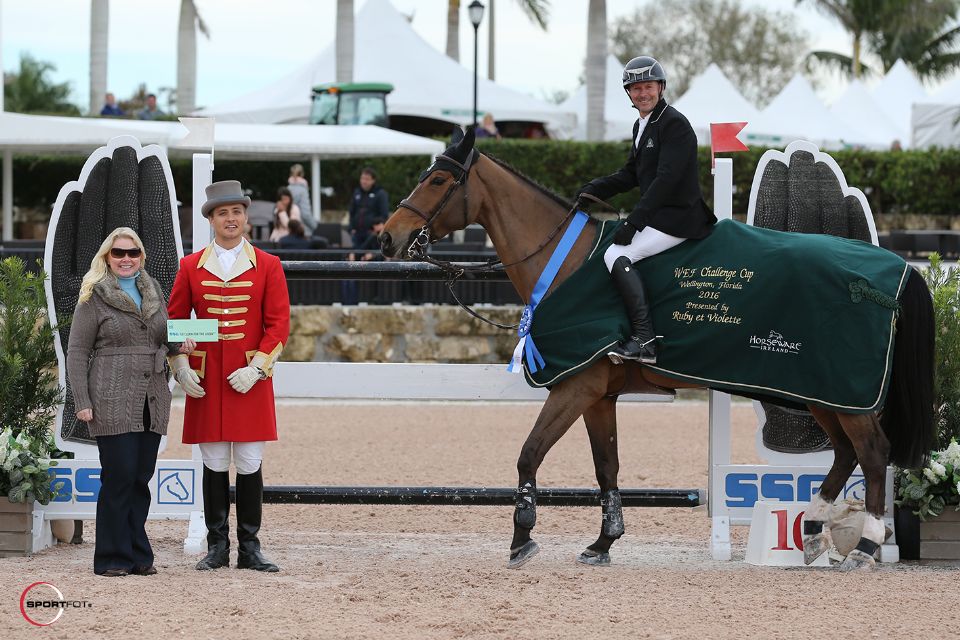 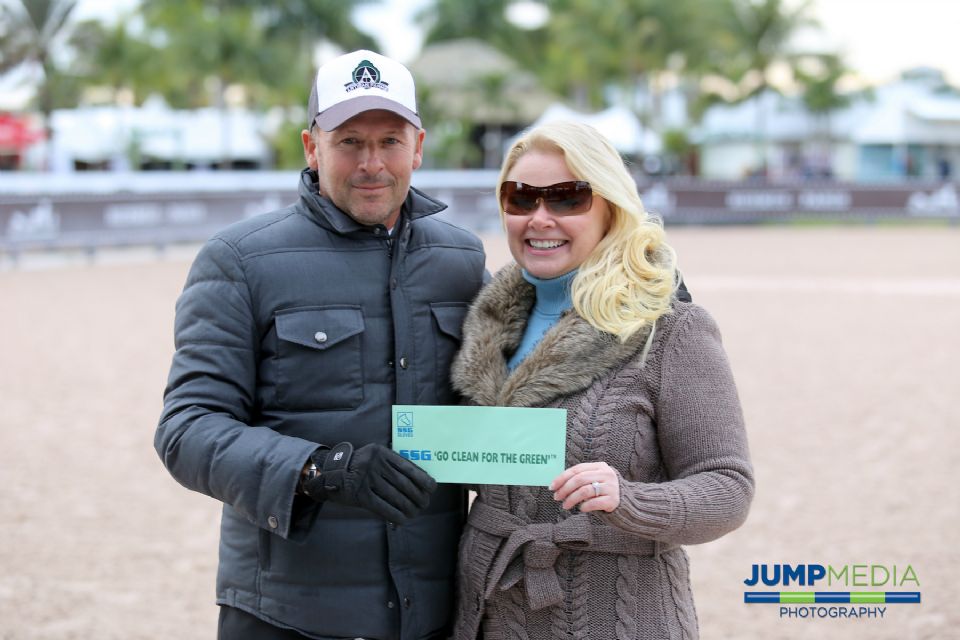 Canadian Olympic Gold Medalist Eric Lamaze jumped to his second consecutive win in the $35,000 Ruby et Violette WEF Challenge Cup and also picked up another $3,000 bonus in the SSG Gloves “Go Clean for the Green” promotion on Friday, January 29, at the 2016 Winter Equestrian Festival (WEF) in Wellington, FL.

Well on his way to repeating the five “Go Clean for the Green” victories he enjoyed during the 2015 Winter Equestrian Festival, Lamaze has earned $6,000 in bonus money already this year thanks to his success in the  WEF Challenge Cup.  For the second week in a row, his winning mount was Rosana du Park, an 11-year-old Selle Francais mare owned by Artisan Farms LLC and Torrey Pines Stable.

This time, the pair topped a starting field of 71 entries, including 13 that returned to face the jump-off track set by course designer Luc Musette of Belgium.  Lamaze posted one of only four double-clear efforts and set the time to beat at 38.57 seconds riding from the seventh position in the jump-off field.  His time held up for the win and, as he was wearing SSG ‘Digital’ riding gloves on his way to victory, a $3,000 bonus check from SSG Gloves in recognition of his loyalty to the Canadian brand.

“These gloves aren't only good, they are lucky!” said Lamaze.  “I'm wearing the same ones as last week; they are the lucky ones.”

Lamaze continued, “It's great to go into a jump-off knowing you have one of the fastest horses in the class.”

The pair will contest Saturday night's $130,000 CSI3* Adequan Grand Prix before the mare enjoys a break.  Next week, Lamaze will start showing some of his other mounts, including Fine Lady 5, owned by the Ziegler family’s Artisan Farms LLC and Lamaze’s own Torrey Pines Stable.