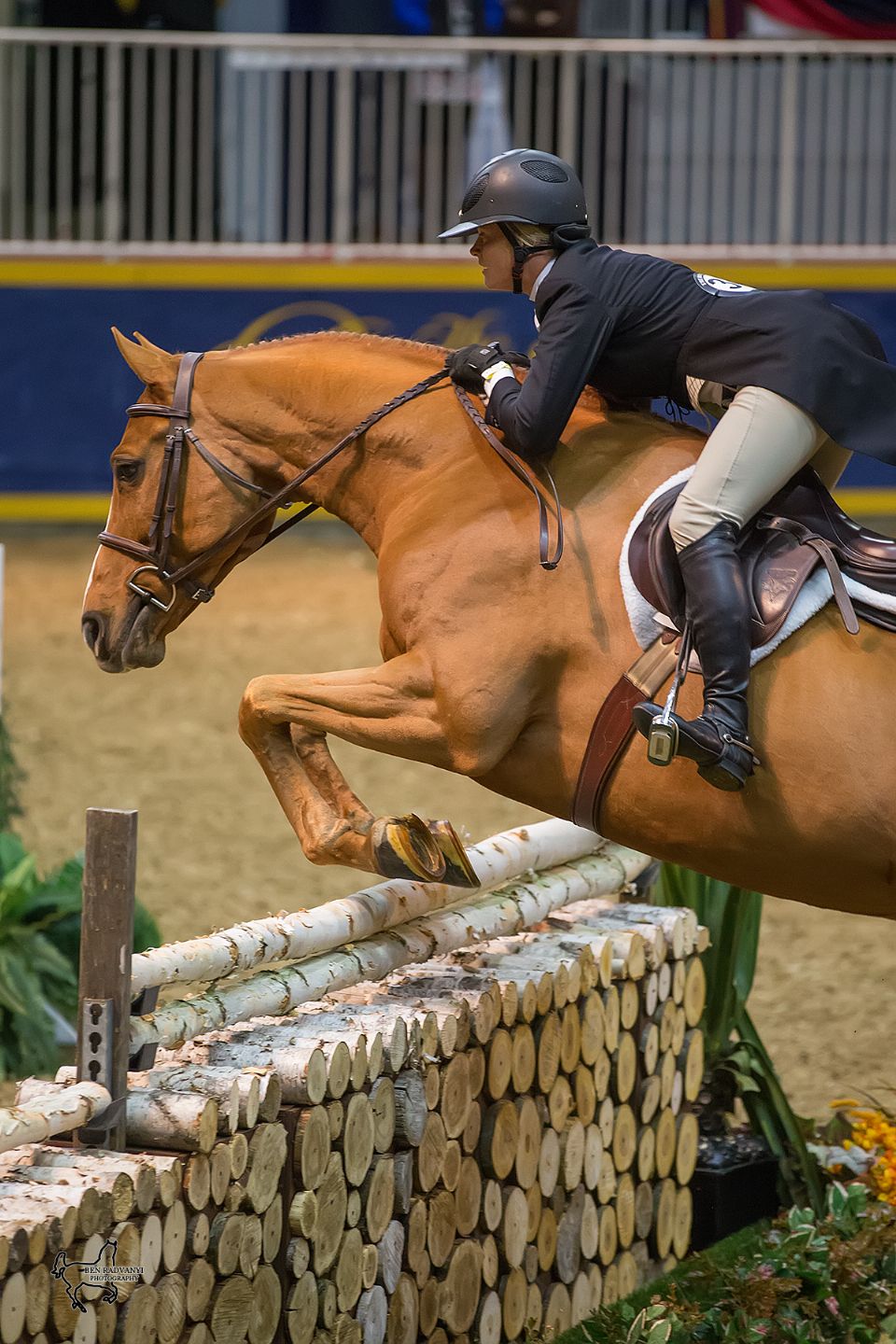 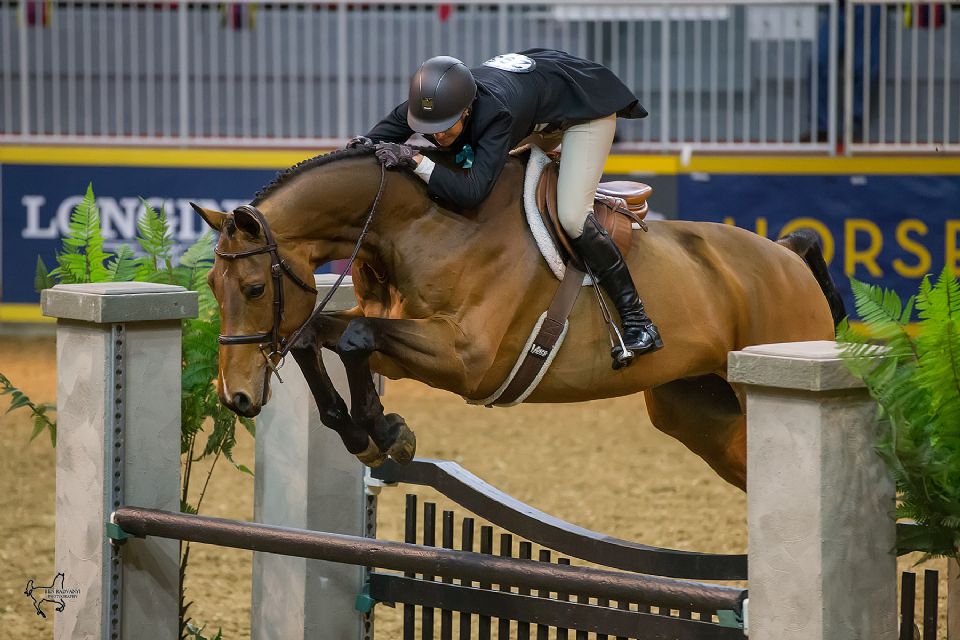 Ryan Roy of King City, ON, and Bayridge, owned by Doug Bannister, was runner-up in the $15,000 Braeburn Farms Hunter Derby at the 2015 Royal Horse Show®.
Photo by Ben Radvanyi Photography

Erynn Ballard of Tottenham, ON, riding Valentino Now won the $15,000 Braeburn Farms Hunter Derby on Monday night, November 9, at The Royal Horse Show®, held as part of the The Royal Agricultural Winter Fair in downtown Toronto, ON.

The top 17 horses in the Canadian Hunter Derby Series standings, held at various events across the country all season long, were invited to contest the National Final at the 2015 Royal Horse Show based on points accumulated in the Eastern (Quebec and Ontario) and Western (Alberta and British Columbia) qualifying divisions.

All horse and rider combinations jumped one round of competition, earning scores for their performances. Ballard was the sixth rider into the Ricoh Coliseum and laid down a trip that earned a score of 86 points from judges William Ellis of Ocala, FL, and Mike Rosser of Southern Pines, NC. Ballard was also awarded ten bonus points for taking all of the high options, as well as seven bonus points for handiness, giving her an overall score of 103 points for the victory.

Already successful in the show jumping ring having won a 1.30m class at Spruce Meadows in Calgary, AB, this year, Ballard decided to test Valentino Now, owned MVB Group, in the hunter ring.

“He’s at an advantage because he’s seen more through his jumper experience than your average hunter,” explained Ballard, 35. “I think any experience is good experience, and Valentino’s days as a jumper paid off tonight. He made the transition to hunters easily; it’s a pleasure to have one that's not complicated.

“He’s such a commercial, beautiful type so we thought his best option was to be a hunter,” she added. “We gave it a try to see what we have, and we have a superstar.”

Ballard will compete in both the hunter and international show jumping divisions as the Royal Horse Show continues through to November 15, and is proud to be one of the select few riders that have the opportunity to compete at The Royal.

Ryan Roy of King City, ON, and Bayridge, owned by Doug Bannister, placed close behind Ballard in second with an overall score of 102, while Laurie Bucci of St. Jean, QC, took third on a score of 101 aboard Quatro Z Fortuna for owner Monique Geseron.

Acclaimed equitation trainer Brent Balisky of Langley, BC, has been coming to the Royal Horse Show for 30 years, but had never before competed himself. For the $15,000 Braeburn Farms Hunter Derby, Balisky traded his usual ringside view to take fourth in the irons of Vigolo Z, owned by Wendy Valdes, with a score of 98. Rounding out the top five was Ballard with a score of 96, this time aboard Contact, owned by Heather Delfino, Looking Back Farm and Redfield Farm.

Hunter Derby Course Designer Robert Carey of Caledon, ON, utilized jump obstacles designed and constructed by Jeff Brandmaier of Guelph, ON, and his wife Margaret ‘Muffie’ Guthrie, who are the founders and presenting sponsors of the Canadian Hunter Derby Series.

“To see everyone get excited and go after each other tooth and nail to get here put a lot of pressure on the riders,” Brandmaier said of the qualifying competition that took place throughout the 2015 season.

“Sponsors have come through to present a unique set of jumps that have never been seen before tonight,” Brandmaier said. “They are on the edge of commercial, but still derby-oriented. The course encourages people to take risks, so it’s fun to watch. You saw people testing their limits with big gallops and inside turns.”

Hunter riders will return to the Ricoh Coliseum to kick off Tuesday night’s program with the $25,000 Knightwood Hunter Derby. International jumper competitors also move into the spotlight on Tuesday with the Jolera International Jumper Welcome.