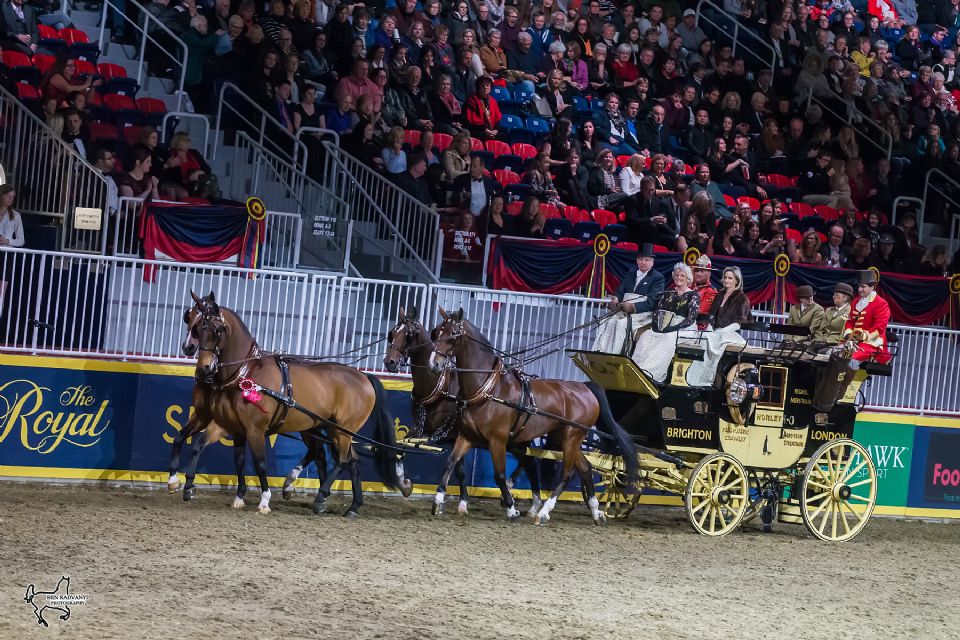 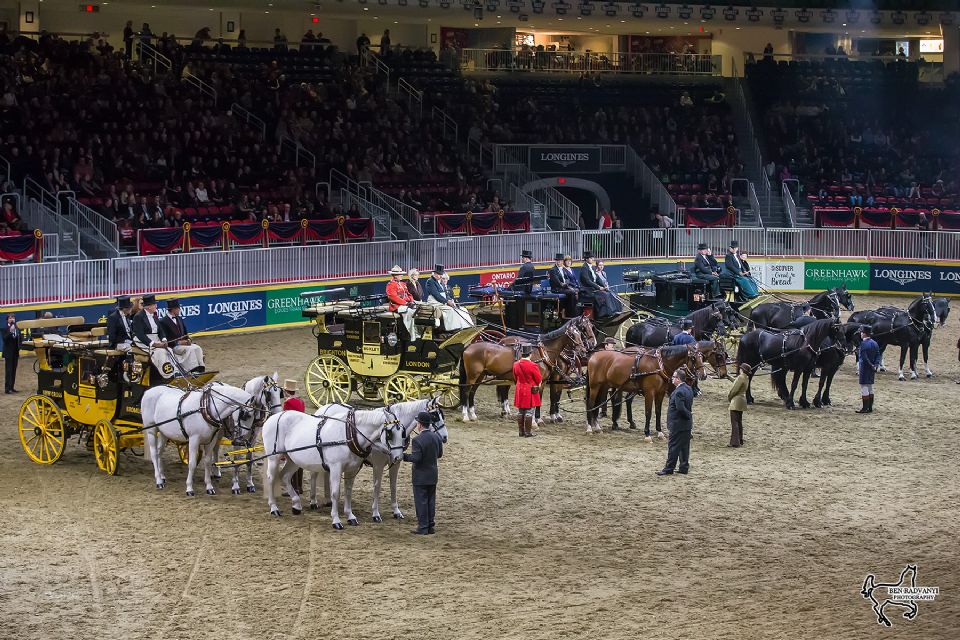 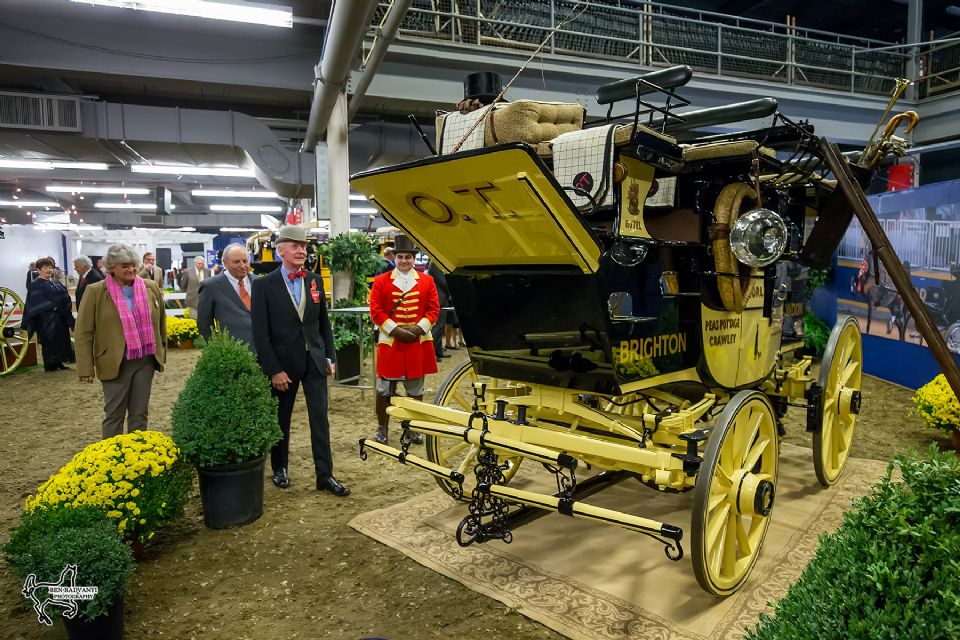 Hailing from Stockbrige, MA, Mr. and Mrs. Harvey Waller and their Orleton Farm hitch made the trip to Toronto to capture the win in the Green Meadows Four-In-Hand Coaching Appointments Class, as well as sweeping four additional Green Meadows division classes.

“We’ve been coming here for about 12 years,” said Mary Stokes Waller.  “The Royal is The Royal!  It’s special.  It’s a very old horse show, and it means more when it’s something so steeped in history.”

The Green Meadows Coaching division, generously sponsored by Hugessen Consulting Inc. of Toronto, ON, is dedicated to the great tradition of road coaches and park drags of yesteryear.

The Wallers earned the win in the Green Meadows Four-In-Hand Coaching Appointments Class driving one of the most-celebrated and well-known road coaches, “Old Times.”

“It’s the most famous public road coach in history,” explained Waller of the coach built in 1886 and acquired by the Wallers in 2001.  “We worked very hard to have it conserved and get it back to its original condition.  We took layer after layer of paint off it, and we put it back to the way it had originally been made.  All of the harness is the original brass.  That was taken off of the old leather that was not useable, and put on to new leather.”

That attention to detail and the historical accuracy of the coach are all part of what judge Colin Henderson of Wiltshire, England, examined as he presided over the Green Meadows Four-In-Hand Coaching Appointments competition.  Judging of the preparation and presentation of the appointments took place during the afternoon on Friday, November 11, prior to the judging of the performance of the hitch’s four-horse team in the Ricoh Coliseum on Friday night.

“The appointments are not just about the coach itself and the quality and the finish of the coach, but also the correct equipment that goes with it; everything from the cushions to the various leather straps,” said Henderson, who served as the head coachman for Queen Elizabeth II for ten years.  “If it’s a park drag, then it should have its own picnic set.  The quality of those can obviously change enormously.  There again you’ve got things like umbrella baskets on board, coach horns, coach horn cases; there’s quite a multitude of equipment to look over in detail.”

Like The Royal itself, the Green Meadows Coaching preserves and celebrates an important part of equestrian history.

For more information on the Royal Horse Show, the marquee event of The Royal Agricultural Winter Fair, visit royalfair.org/horse-show.