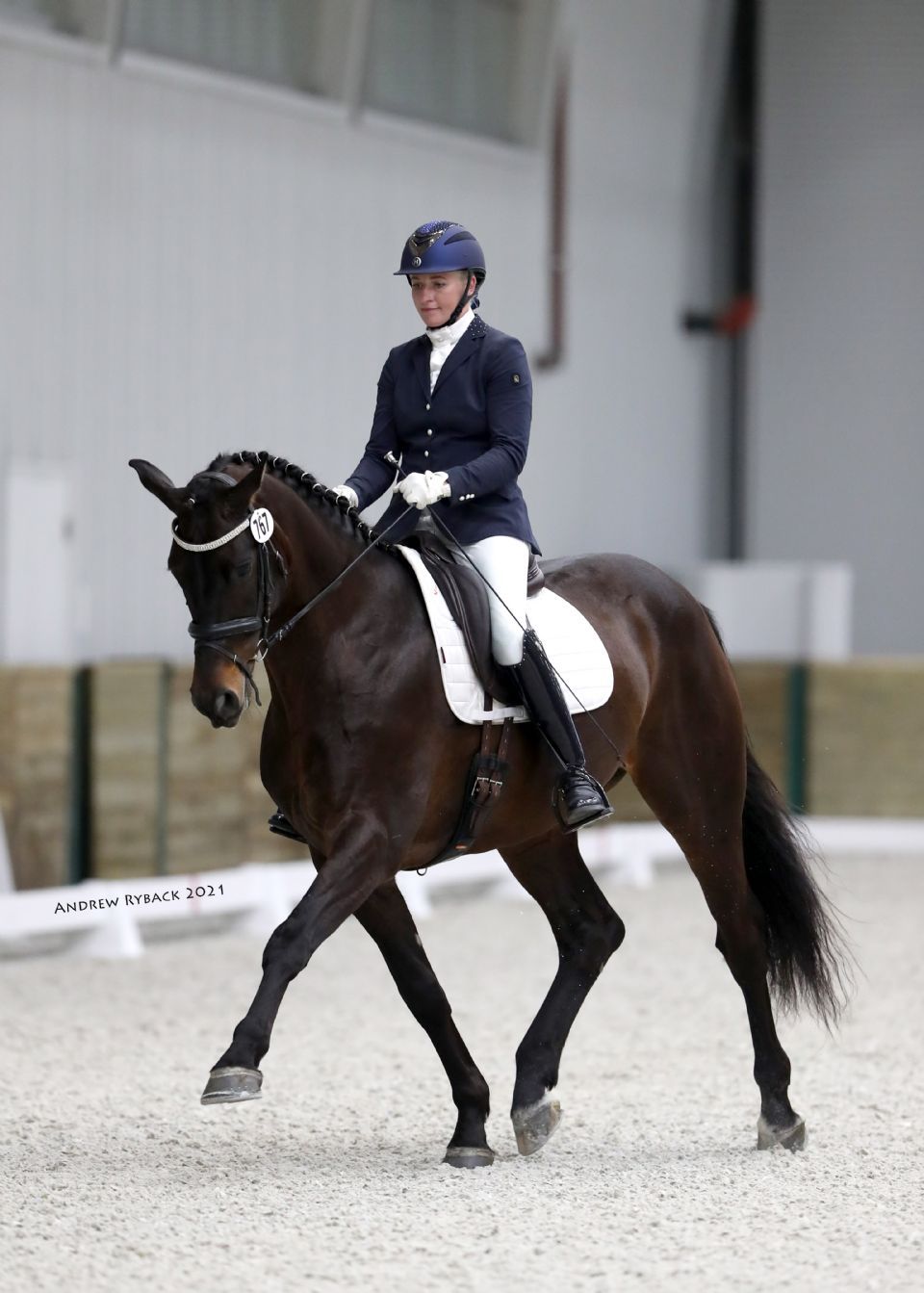 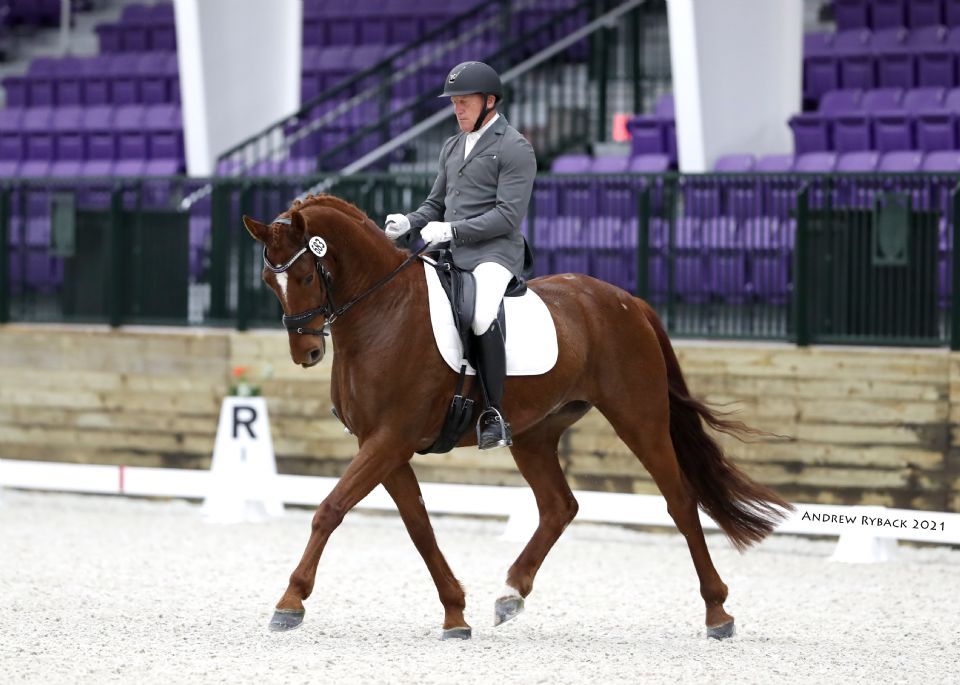 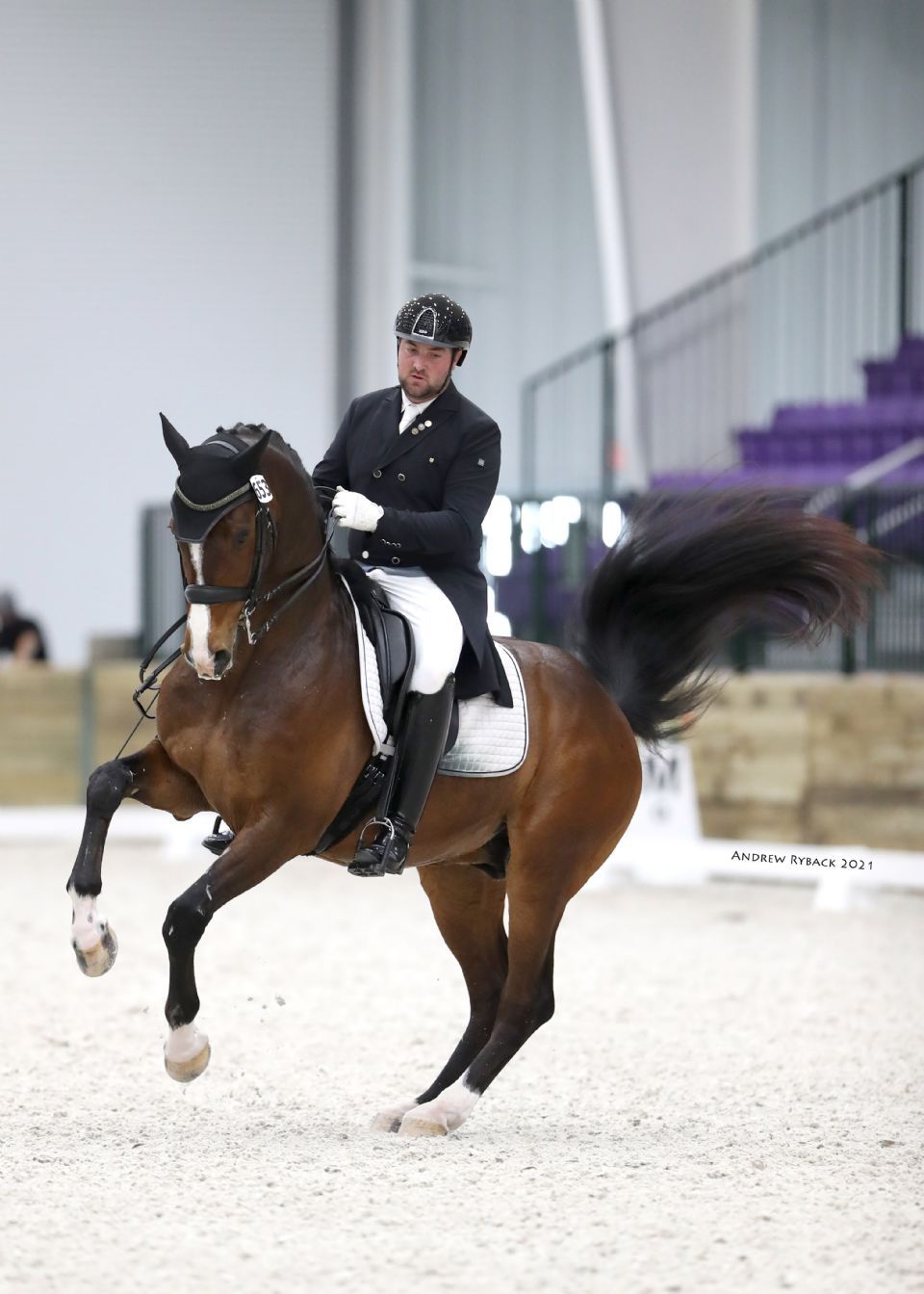 In Saturday’s FEI Grand Prix Open division, Brian Hafner of Ocala, FL, rode Wendy Roberts' Dream Catcher to a score of 73.043% for the win in the class.

Hafner recently relocated to Ocala from Sonoma County, CA. "The show venue is quite incredible," remarked Hafner. "It has to be one of the best show facilities in the world. The World Equestrian Center was one of the big considerations for why I decided to make the move."

Dream Catcher, the 13-year-old KWPN gelding (Contester x Merano), has been stabled with Hafner for the past seven years. Hafner found the horse as a Third Level mount for owner Wendy Roberts and has since taken over the ride in higher level competition.

"Overall, he’s just a very consistent horse," said Hafner. "He’s very talented at the piaffe. We’re still not at a point where we can execute that and strongly show that consistently in his tests, but this is only his second show competing Grand Prix so we’re all really excited for his potential and being able to showcase his highlights in future shows.

"It’s just so easy to show here," continued Hafner, who plans to attend the international-level CDI show in April. "It's super nice to be able to trailer the horses back to our home barn for the night if we want to, or even just go home and relax with a glass of wine at night. It’s just very stress-free and easy on the horses, which is great."

Burnley said of his experience, "I am 61 years old, and this is my 41st year to ride at the international level. This is, bar none, the most impressive, best laid-out, most horse-friendly property and competition arena I have ever ridden upon. I think this is a game changer for the state of Florida, for the discipline of dressage, and I am honored as a person and a fellow equestrian to be able to have this opportunity in my life."

Burnley and his wife, who have both received USDF gold, silver, and bronze medal status, call Fulton, KY, home, but they spend their winters in Deland, FL, putting them closer to the Ocala venue for three months out of the year.

Burnley's mount, Furst Tanzer, has undergone five surgeries over the past seven years, making Burnley very cautious of the footing on which he chooses to compete the horse. "The footing was just superb," he said. "You can count on me to show that horse at that facility for the remainder of his career. I’ll be here for the next decade."

Burnley also took the win with Wren Burnley's Pianissimo in the Young Horse Test of Choice with 74.400% on Friday, a 77.800% on Saturday, and a 74.800% on Sunday. "I can think of no better opportunity than to present this young horse for those specific judges, Axel Steiner and Bill McMullen,” Burnley said. "I was enthusiastic about riding under those presiding officials."

"Falling Skies is my personal horse, so he’s kind of a heart horse and family horse for us," said Barteau of her mount, the seven-year-old Oldenburg gelding currently in its first year of competition. "He’s a very strong, bold horse, and I’m still always learning how to ride him better. If you give it to him, he gives it to you. He has the power, he has the ability, and I feel like the horse’s talent is endless, and it’s me just lining up with him and making things correct. I feel very honored to own and compete a horse like this."

"World Equestrian Center is amazing," expressed Barteau. "Everybody has been calling it 'Disney World for horse people,' and I couldn’t agree more. I really appreciate the international opportunity for my young horse, complete with the stadiums, indoor settings, and megatrons. I feel like my young horse has grown up so much so that when we take that step into the international arena, it will feel like we've done it before."