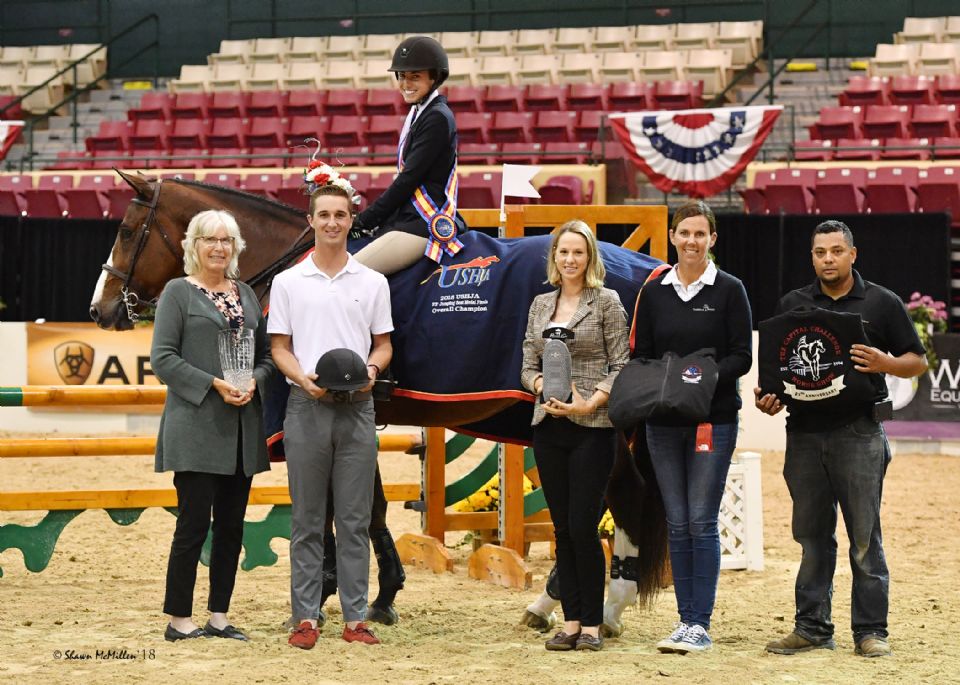 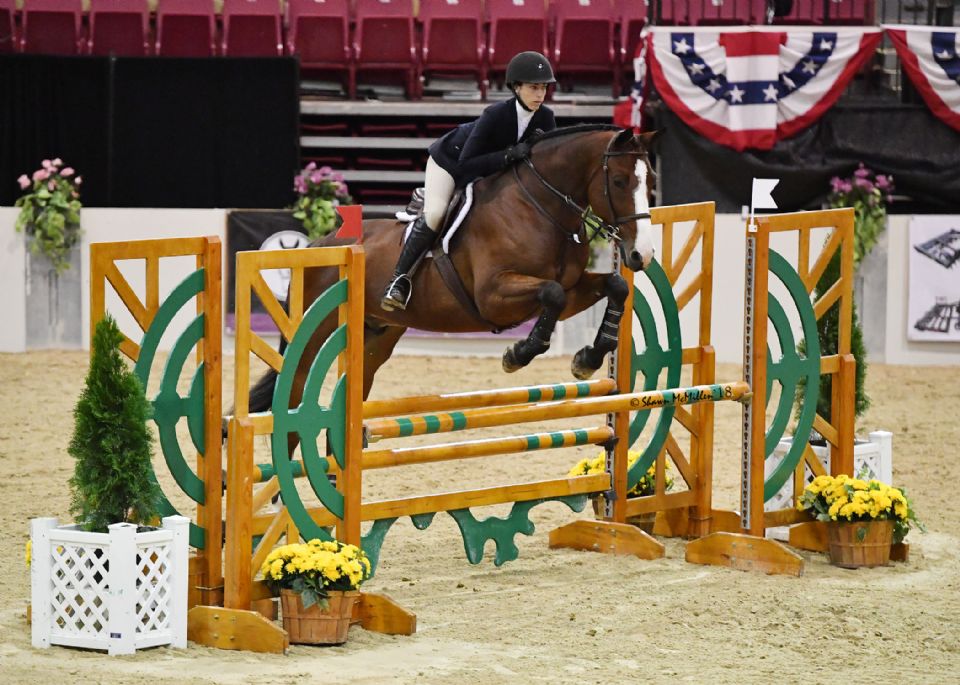 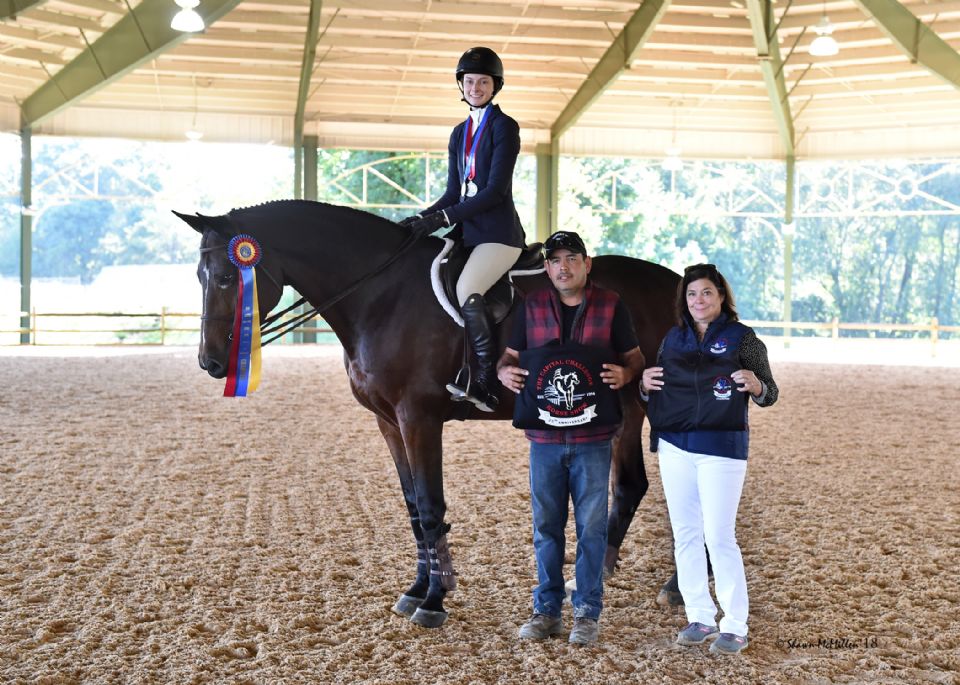 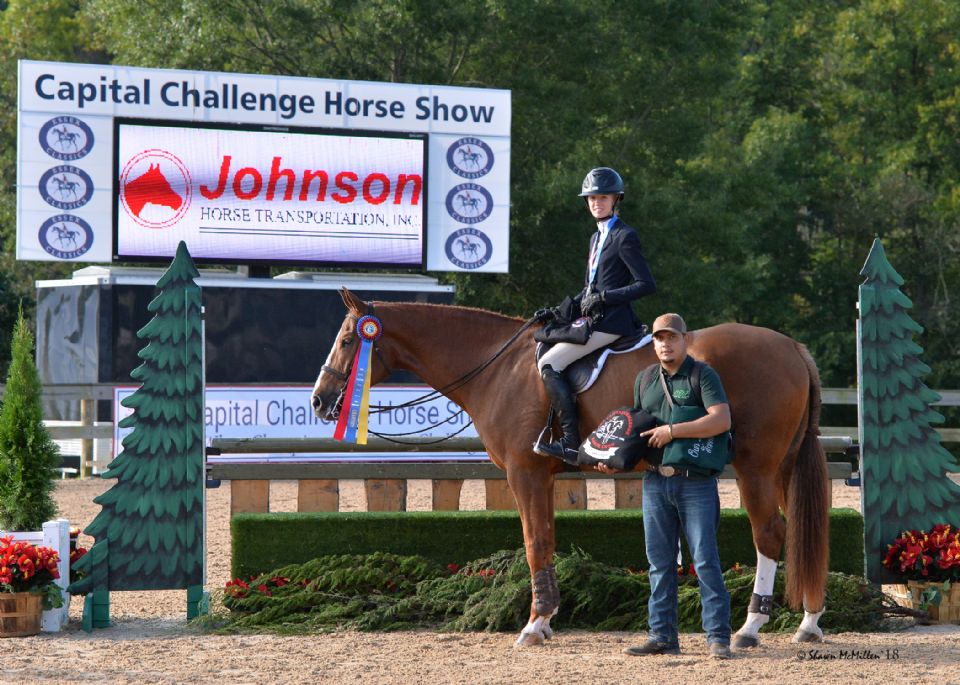 Natalie Jayne, champion of the 13- and 14-Year-Old Equitation Section B
Photo by Shawn McMillen Photography 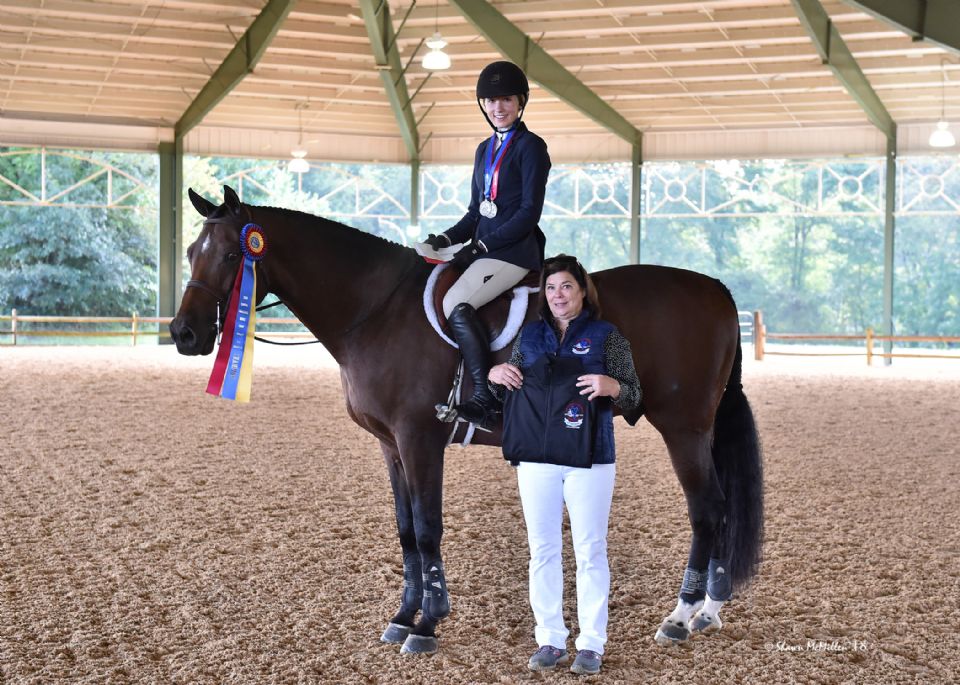 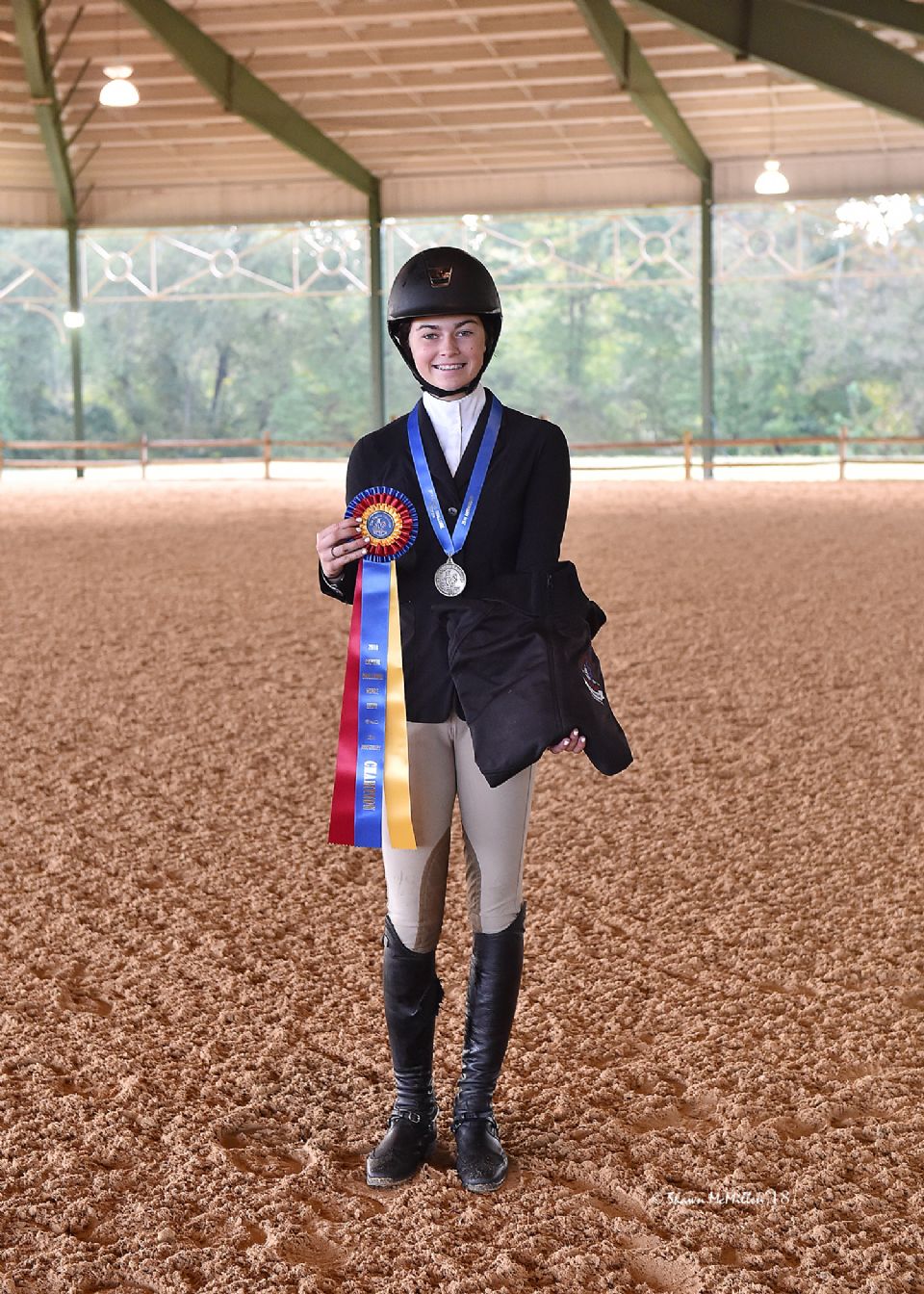 Hannah Hoch, champion of the 13- and 14-Year-Old Equitation Section A
Photo by Shawn McMillen Photography 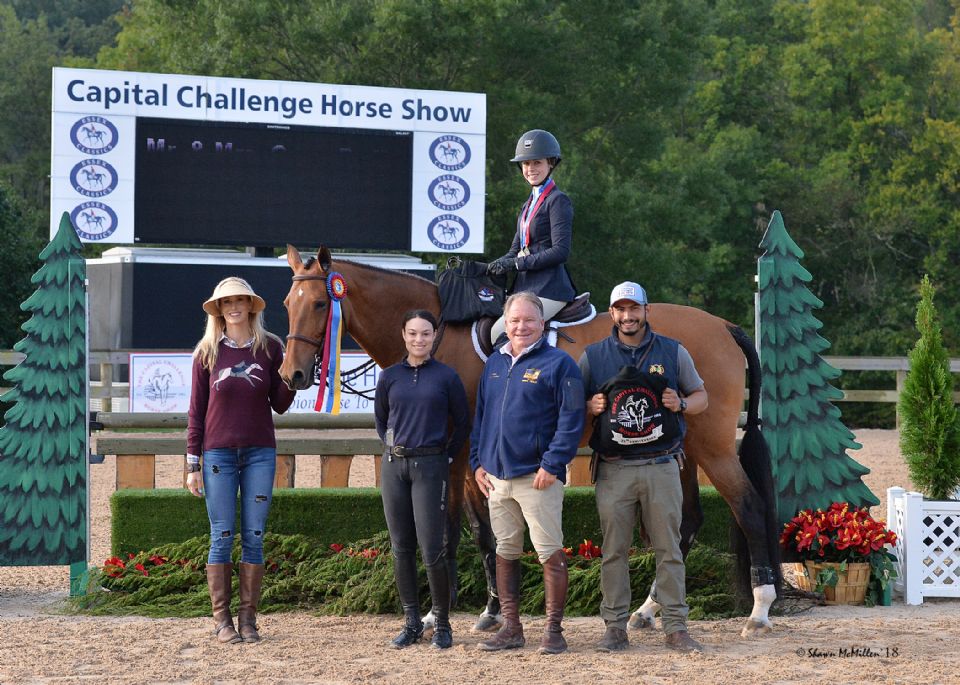 Avery Glenn, champion of the 12 and Under Equitation
Photo by Shawn McMillen Photography 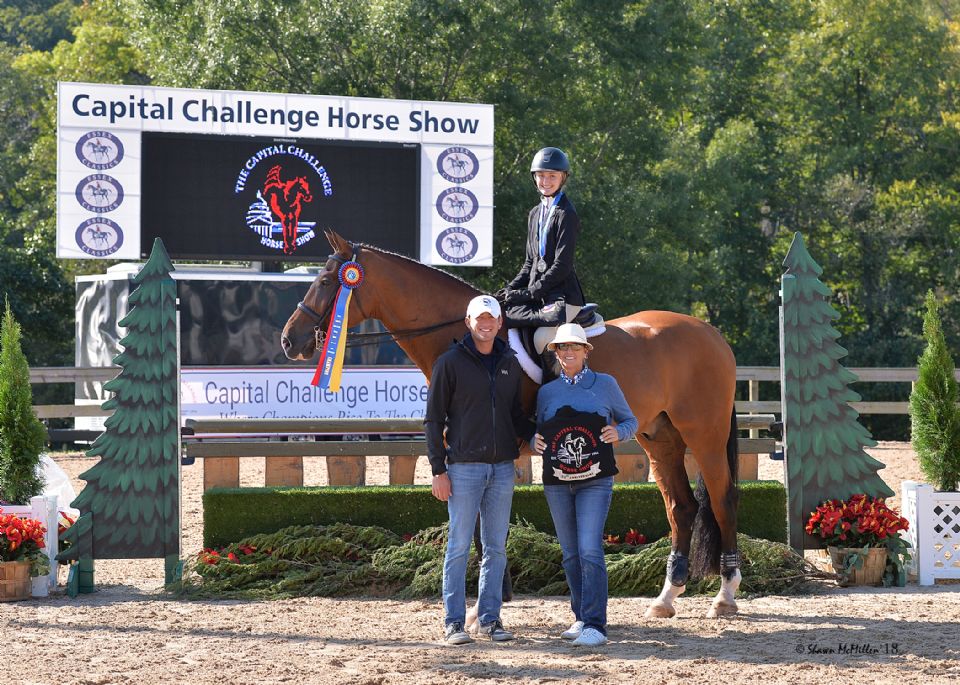 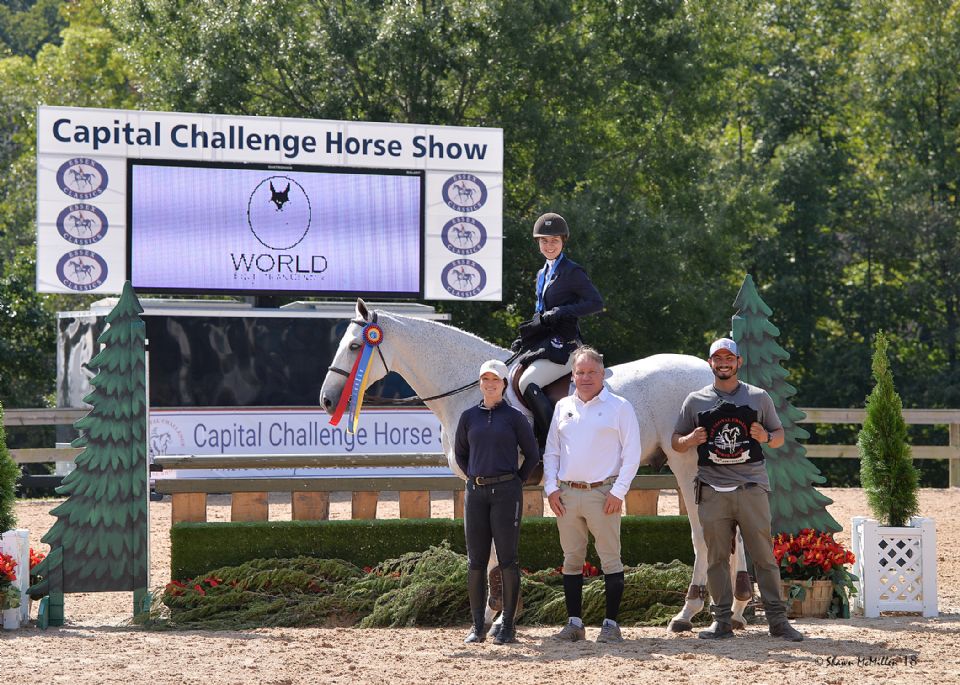 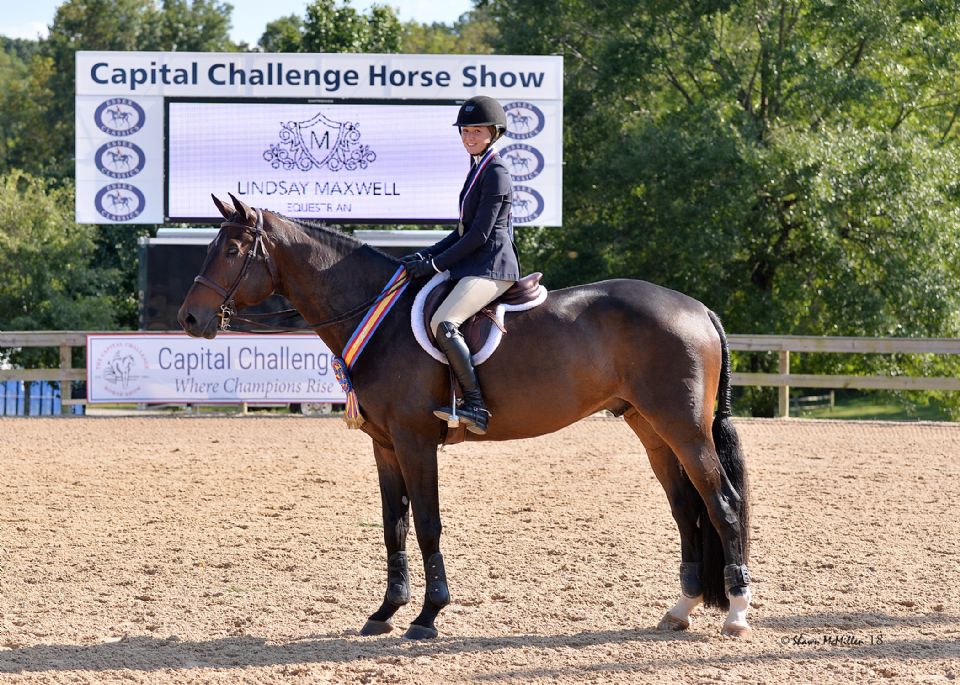 In order to secure the win, Stone had to top 121 entries over three phases of competition, including flat and gymnastics phases held on Friday and a final, jumping phase held on Saturday.

Coming into Saturday, Stone sat in third on a score of 216.80, while Breanna Bunevacz of Calabasas, CA, held the lead with a score of 220.12. However, Stone soon shot to the top of the leaderboard after earning a score of 89 from judges Mark Jungherr and Sissy Wickes. That score, multiplied by a coefficient of two and combined with her score from Friday, gave Stone a 394.80 total that would prove to be untouchable by the final two riders to return. Bunevacz, 15, finished the round with a score of 84.50 in the jumping phase for a 389.12 total.

With more than five points separating them, no additional testing was necessary, and Stone was awarded the victory while Bunevacz took second. For the win, Stone received a Charles Owen helmet, a set of Professional's Choice Pro Performance Schooling Boots, and a pair of Parlanti paddock boots, in addition to her ribbon and sash. Bunevacz was also presented with a pair of Professional's Choice Pro Performance Schooling Boots.

“It feels really good!” said Stone, 18. “We were coming in in third place, so I knew I had to lay down a good round. I trust my horse, so I knew we had a good chance. The course was really nice. The first line was a really tight turn back to jump three so that was a little tricky, but it was a really good course.”

Stone is a freshman at the University of Georgia and trains with Abby Blankenship out of Treesdale Farm in Indianapolis, IN; before Stone headed into The Show Place Arena for the jumping phase, Blankenship gave her some final advice.

“I said you’re a great rider; you just need to ride what’s happening at that moment and try to stick to the plan,” said Blankenship. “But if you have to adapt a little bit, try and be as smooth as you can be. I tried to not put too much pressure on because the kids put enough pressure on themselves.

“I was so happy for her,” continued Blankenship. “She has worked really hard, and she is a great rider. And that’s a great horse. It’s just nice that it came together for her.”

“They developed together,” added Blakenship of Stone and ‘Nemo.’ “It’s a good match, and we’ve learned a lot about him over the ten months that we’ve had him. He always steps up to the plate. He’s never one that you have to worry about anything going wrong.”

In addition to helping Stone earn the win, Odyssey was named the best equitation horse of the class.

Earlier in the day, the North American Junior Flat Equitation Championship title was awarded to Mia Mannis, 16, of Woodbury, CT.

Mannis was confident about going into the class knowing that her horse, Cloney’s Pleasure, has an affinity for flatwork.

It is the first time at the Capital Challenge Horse Show for the eight-year-old gelding who was purchased in the spring. Although the horse and rider are still getting to know each other, Mannis knew he was the horse for her the first time she sat on him in Belgium.

“We flew to Europe, and I tried horses for two weeks,” said Mannis. “I knew instantly that he was the one. He was absolutely perfect. He’s been super. I couldn’t be happier with him. It’s really a dream come true for me.”