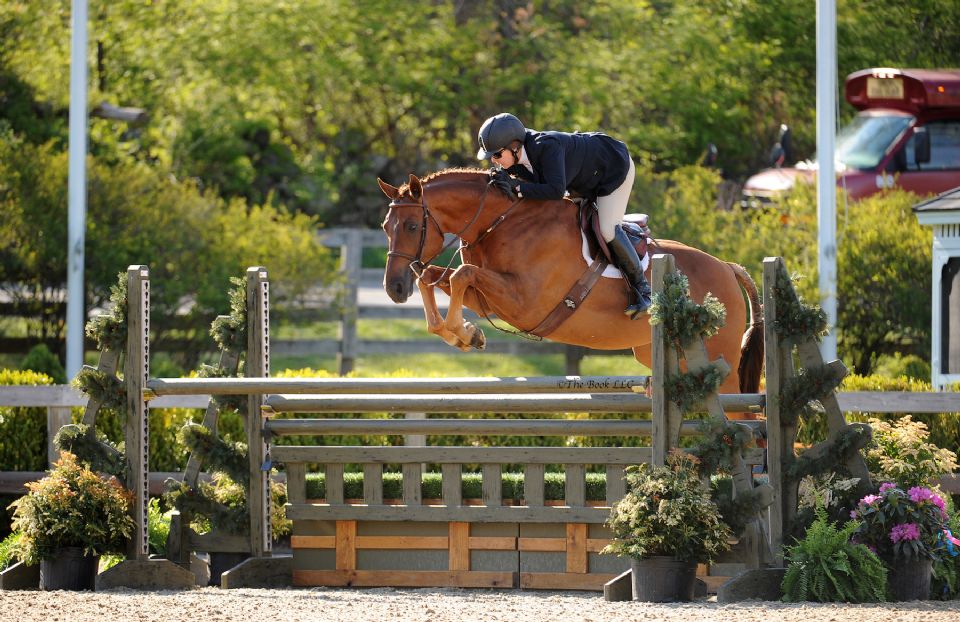 Louise Serio and Rock Harbor.
Photo by The Book 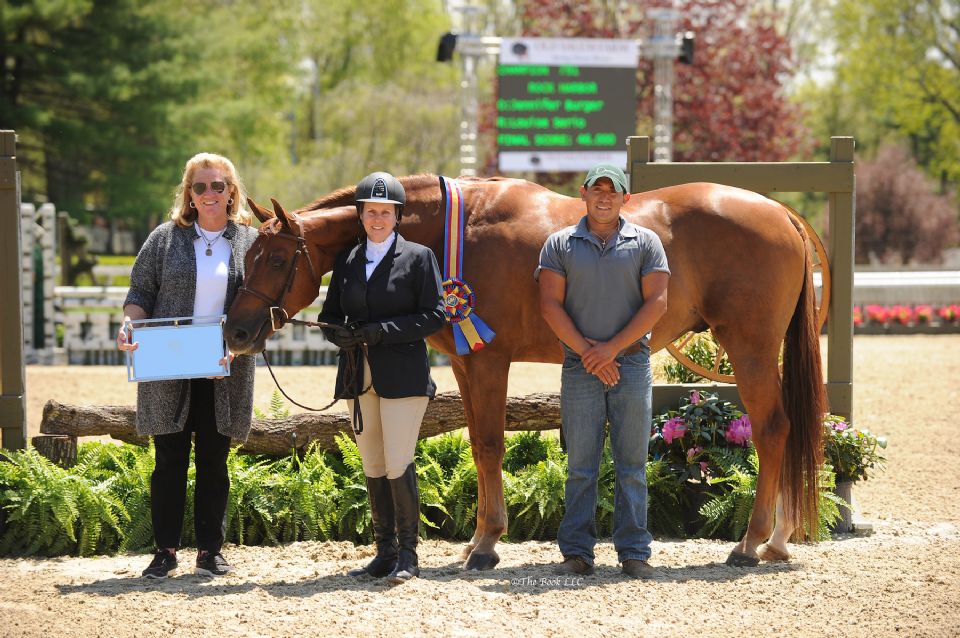 Louise Serio and Rock Harbor in their Grand Hunter Champion presentation with owner Jennifer Burger and groom Efren Robollo.
Photo by The Book 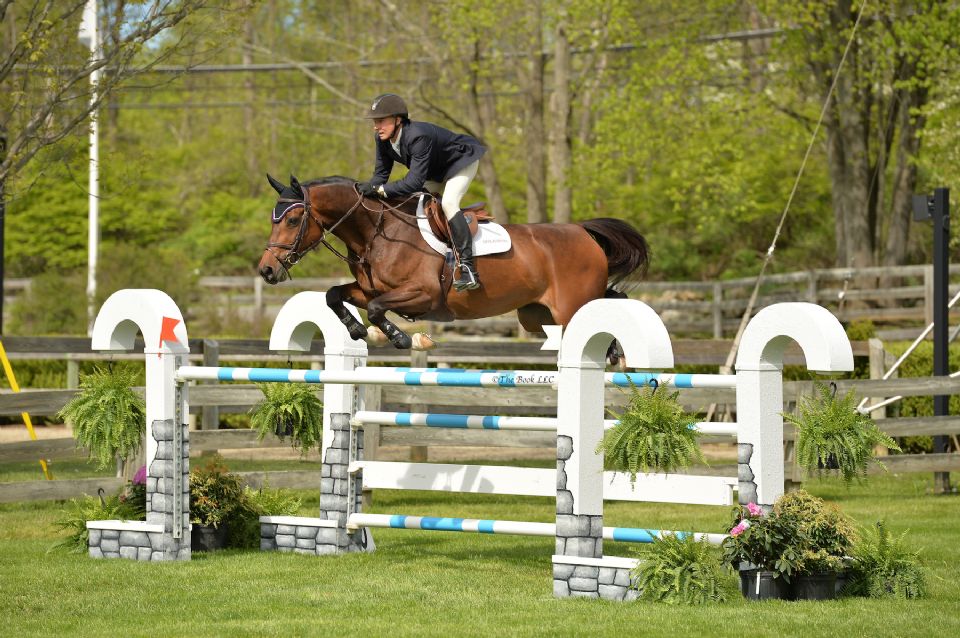 Mario Deslauriers and Cherrypop.
Photo by The Book


Serio and Rock Harbor, a nine-year-old chestnut Warmblood gelding owned by Jennifer Burger, started the High Performance Working Hunter Division on a high note on Tuesday with a win over fences and second place under saddle. They returned on Wednesday to win the final over fences class and the handy on scores of 89 and 87.


“He was really good yesterday, but he was spectacular today,” said Serio. “We've been together since he was a pre-green horse, so we know each other well. He has become so brave and fun – it's really rewarding to have something you started at pre-green go to the high performance.”


While Rock Harbor has a clear connection with Serio in the competition ring, “Harry”, as he's called around the barn, is a special horse for Burger.


“When he arrived at the barn the first time, I was out of town,” said Burger. “The girls that greeted him told me he needed a barn name and when I asked what he looked like, they told me he was handsome and his coloring was just like Prince Harry. So, Harry it was.”


Burger brought Rock Harbor into Serio's string at Derbydown five years ago with intentions of having the horse move up the levels with her in the tack.


“When I get a horse, I love to do the whole thing, the pre-green with the goal always being to get to the four-foot level,” said Burger. “It doesn't usually happen, but it's so exciting when it does. This is extra special because Louise has taken him the whole way.”


When asked what it was like watching her horse in the ring this week, Burger responded, “Yesterday was fantastic, but that first round today was one of the those rounds that happens maybe once out of a hundred trips and you wouldn't change a thing.”


Over the past several years, Serio let Rock Harbor take his time and she always planned to let him decide whether he would keep moving up.


“We didn't know what his ability was going to be as far as scope and stride, but he just keeps coming up with more and more,” she said. “He has a wonderful front end – his knees are always super high. His jumping style is beautiful, and he is actually better now as a high performance horse than he was over the lower jumps. He does it easily and is great at it.”


Reserve champion honors in the High Performance Hunter Division were presented to Sandy Ferrell and Imperial, owned by Stephanie Bulger. They earned fourth place under saddle and two second place ribbons over fences, as well as second over the handy course.


Mario Deslauriers Steps Cherrypop Up to Win $10,000 Open Jumper 1.40m
Mario Deslauriers topped 45 challengers in Wednesday's $10,000 Open Jumper 1.40m to get The Old Salem Farm Spring Horse Shows off to an impressive start for Cherrypop, a nine-year old Oldenburg mare owned by Wishing Well Farm, LLC. From the 26th position in the order, Deslauriers posted a double-clear effort in the immediate jump-off class and crossed the timers in 34.845 seconds for the win.


Deslauriers and Cherrypop just started their third year together with hopes to move up into international level competition in the near future.


“I brought her along slowly, and we've recently been stepping up to the 1.40-1.45m,” said Deslauriers. “She's maturing now and ready to go win some classes. We may do some FEI classes next week and hopefully slowly catch up to the 1.50m.”


Wednesday's competition marked Deslauriers and Cherrypop's first time back in the ring after the winter show season, and it was a welcomed spring debut for both horse and rider.


“It's like a breath of fresh air to show outside on a beautiful grass field,” said Deslauriers. “They keep [Old Salem Farm] pristine, and any rider enjoys coming here to show. They worked the footing so well after all the rain last week, and she jumped great out there today.”


Deslauriers is at Old Salem Farm during The Spring Horse Shows with his entire barn and will train nearly 20 students competing in all three rings over the next two weeks.


Open Jumper competition continues with Thursday’s $10,000 1.40m – 1.45m on the Grand Prix Field, while the Grand Adult Amateur Hunter Champion will be crowned in the Hunter Ring.