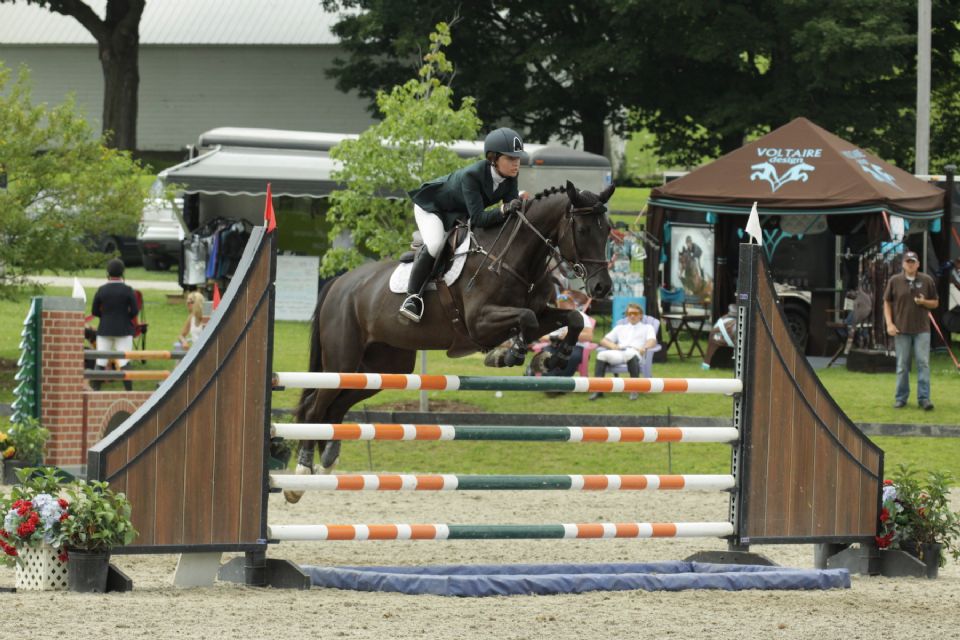 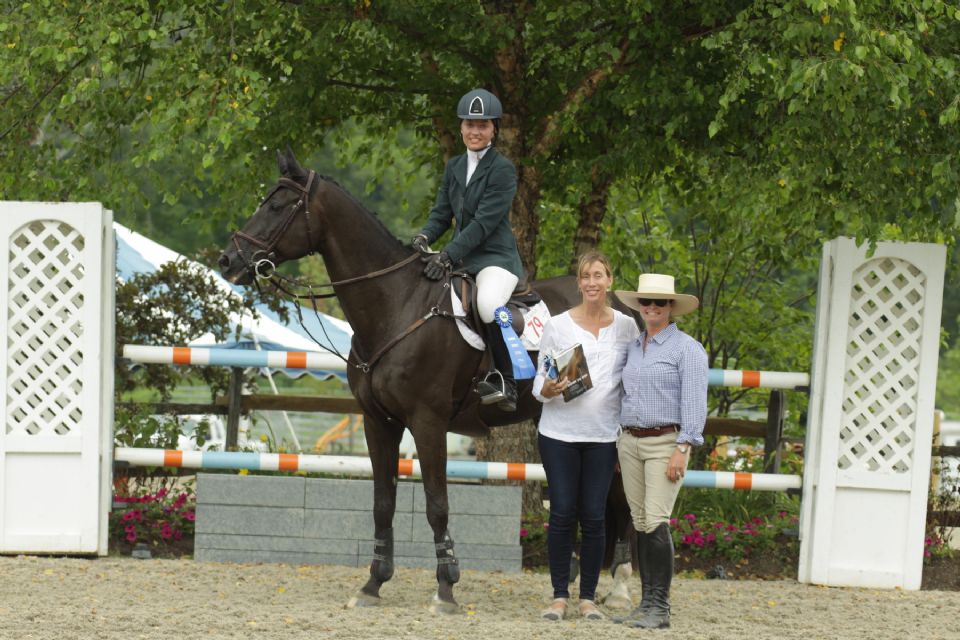 Madeleine Gastineau of Doylestown, PA, and Limited Edition finished the fourth week of competition at the Vermont Summer Festival with a win in the $5,000 NAL Low Junior/Amateur-Owner Jumper Classic, presented by Summit Performance, on Sunday, July 26. The Vermont Summer Festival runs for six consecutive weeks, from June 30 through August 9, at Harold Beebe Farm in East Dorset, VT.

Seven pairs advanced to the jump-off from an original order that included 24 horses. The last to jump clear over the first-round track, Gastineau and Limited Edition were the final pair to return and crossed the timers clear in 35.40 seconds to guarantee the win. Their time bumped previous leader Ashley Foster of Brookeville, MD, and Amon De Diamanté, owned by Rolling Acres, to second on a clear effort in 38.64 seconds.

Foster also finished fourth with Budapest for Rolling Acres with a four-fault jump-off ride in 38.45 seconds.

Clea Newman Soderlund of Fairfield, CT, and her own Tabella capped the top three clear in 39.45 seconds, while Olivia Bloch of New Rochelle, NY, and Pugnax rounded out the top five with four faults in 40.05 seconds for Old Salem Farm.

This summer, Gastineau is not only returning to show jumping, but also to the Vermont Summer Festival. “I am just getting back into showing after a year off – I was focusing on my junior year of high school and haven't been traveling that much,” said Gastineau. “I used to come to Vermont as a pony and children's rider, but this is my first year back in five years and I just love this show.

Gastineau, who rides with trainer Courtney Boyd has been in the tack of Limited Edition for three years after the conclusion of the German-bred gelding's grand prix career.

“He's fantastic and he's ready to go all the time – this is definitely one of the biggest wins we have had,” she said of her mount. “He's super light, balanced up and is quick to turn. He always wants to jump and that jump is really comfortable.”

This is Gastineau's first season consistently doing the Low Junior/Amateur-Owner Jumper division with hopes to move up to the High soon.

In addition to her share of the prize money, Gastineau also earned awards from Certified Sports Coach Sarah Becker of Summit Performance.

Also on Sunday, Elizabeth Treacy of Needham, MA, took top honors in the $2,500 Marshall & Sterling Adult Amateur Jumper Classic aboard Catalyst for Starlight Farms, LLC. Helen Kirbo of Tallahassee, FL, and her own Jumbo Jet won the $1,500 Marshall & Sterling Children's Jumper Classic for the second week in a row, while Katie Tyler of Old Lyme, CT, and her own Seattle 6 claimed blue in the $10,000 Show Jumping Hall of Fame High Junior/Amateur-Owner Jumper Classic, presented by Team Barber.

The weekly Horse Sport Canadian Sportsmanship Award was also presented on Sunday. Jackie Rusaw, who operates Coveside Stables in Chester, NS, accepted the prize after week four of the Vermont Summer Festival. The new award, sponsored by Horse Sport Magazine, Canada's most respected equestrian magazine, will be presented each week during the circuit, with the winners collecting several prizes, including a subscription to Horse Sport magazine.