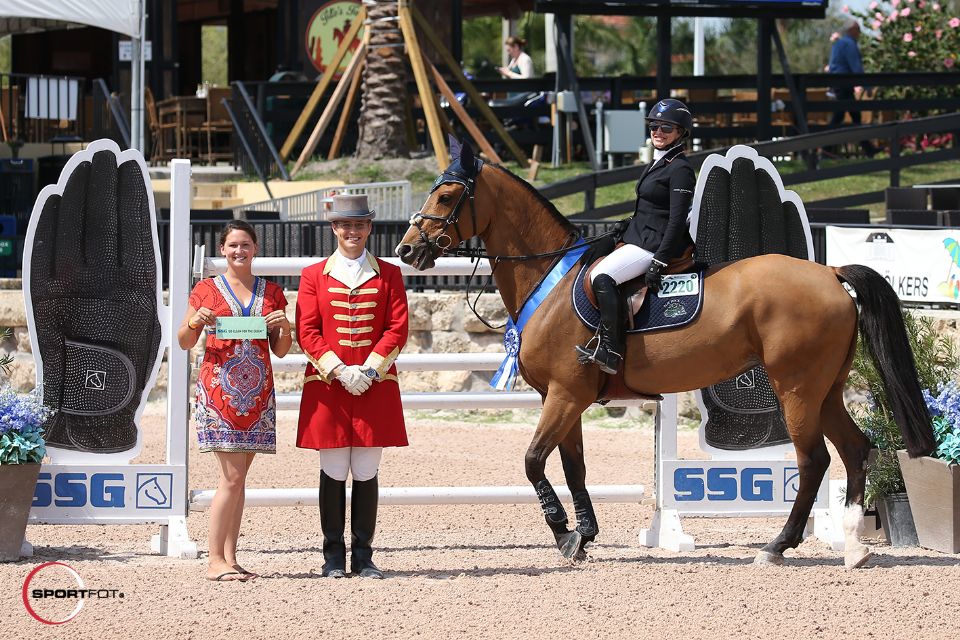 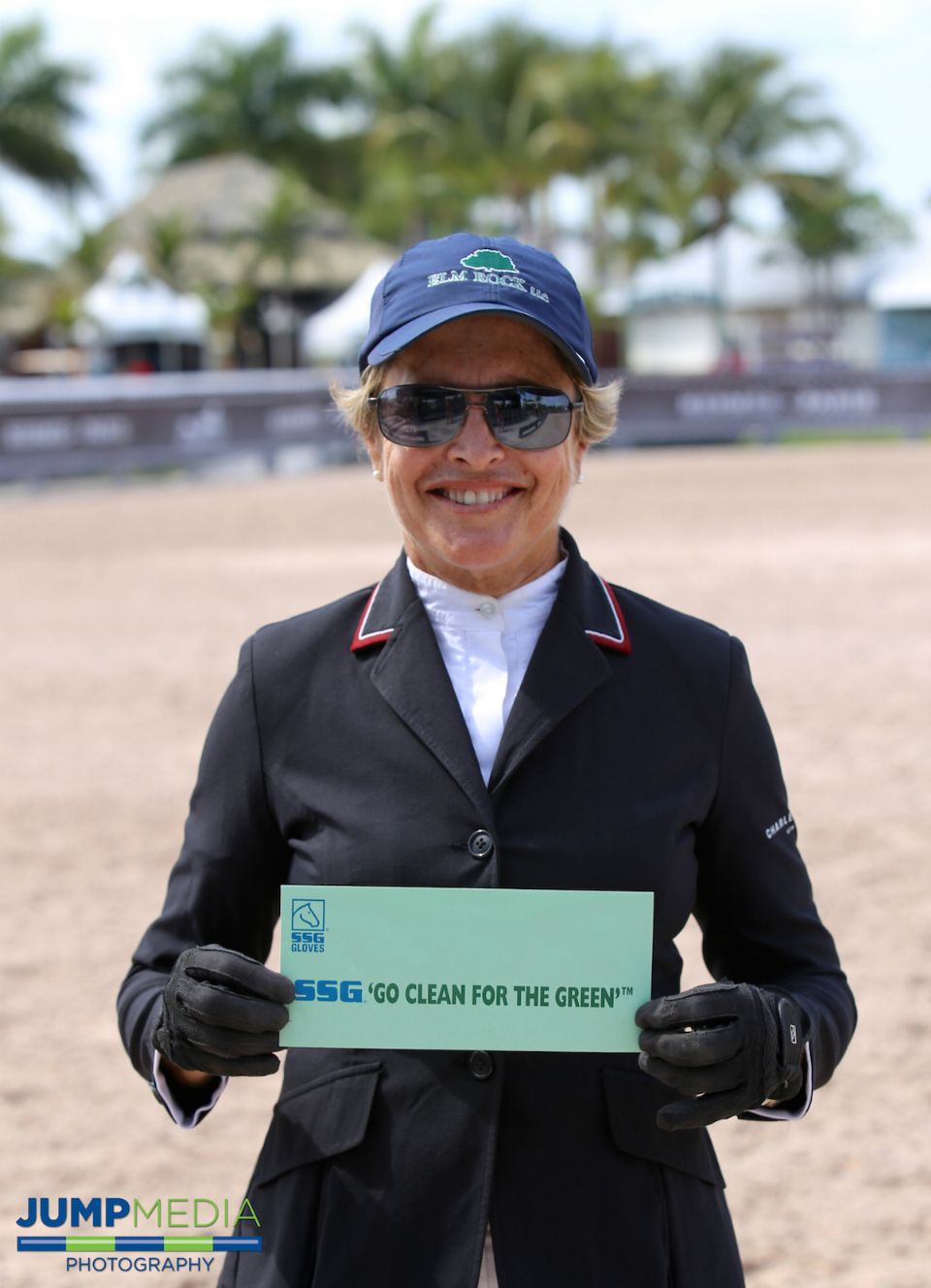 Engle and Abunola, an 11-year-old Dutch Warmblood mare owned by Elm Rock Partners, LLC, were one of 14 pairs from a starting field of 83 entries to jump clear over the first-round track set by 1976 Olympic silver medalist Michel Vaillancourt of Canada.  In the jump-off, six were again clear, with Engle’s time of 41.68 seconds holding off four-time WEF Challenge Cup winner Eric Lamaze of Canada who stopped the clock in 41.87 seconds riding Houston.

In addition to claiming the win, Engle of Wellington, FL, won a $3,000 bonus from SSG Gloves for wearing SSG ‘Digital’ style riding gloves on her way to the winner’s circle.

“I think it's great having this bonus,” said Engle of her reward for being a loyal SSG Gloves supporter.  “It's a great incentive that all the riders look forward to, and it helps to pay some of our bills.  Every bit helps.”

Engle is a fan of the 'Digital' style riding gloves that won her the bonus money as well as the 'All-Weather' style made by SSG Gloves.

“The Digitals are great because they are very lightweight, but I use the All-Weathers as well because my hands perspire, and in the heat they dry out really quickly,” she said.

A regular contender in the WEF Challenge Cup Series, Engle was pleased she brought her 'Digital' gloves to the ring this week.

“A couple times, I have actually forgotten and worn the All-Weathers and was second or third,” she said.  “I really appreciate this sponsorship, and it was great to be able to win today.”

In addition to collecting a $3,000 bonus from SSG Gloves with Thursday's win, Engle and Abunola also punched their ticket for Saturday's $130,000 CSI3* Horseware Ireland Grand Prix.

“If Abunola goes even close to how she did today, I will be very happy,” concluded Engle.