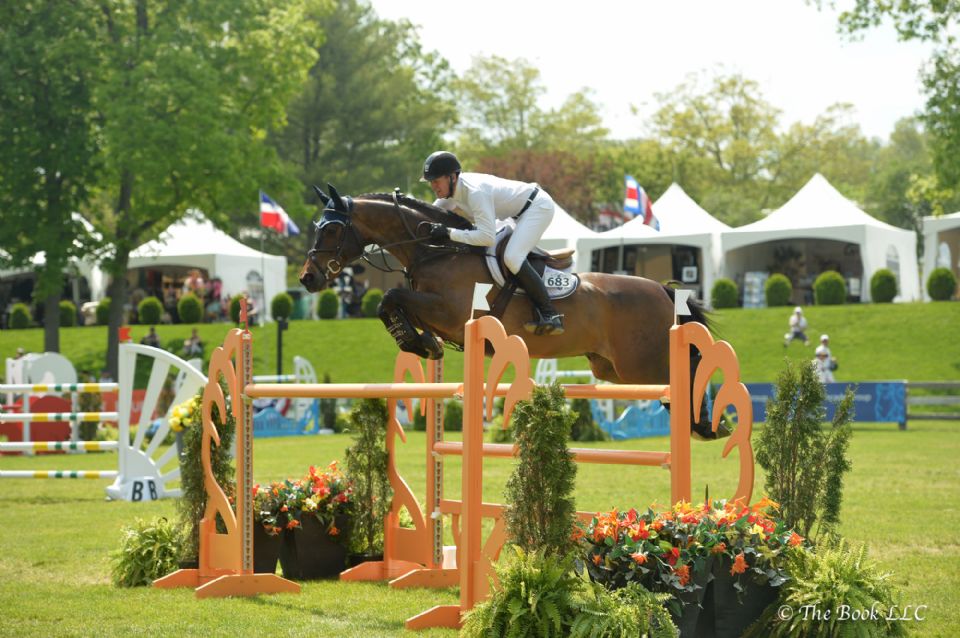 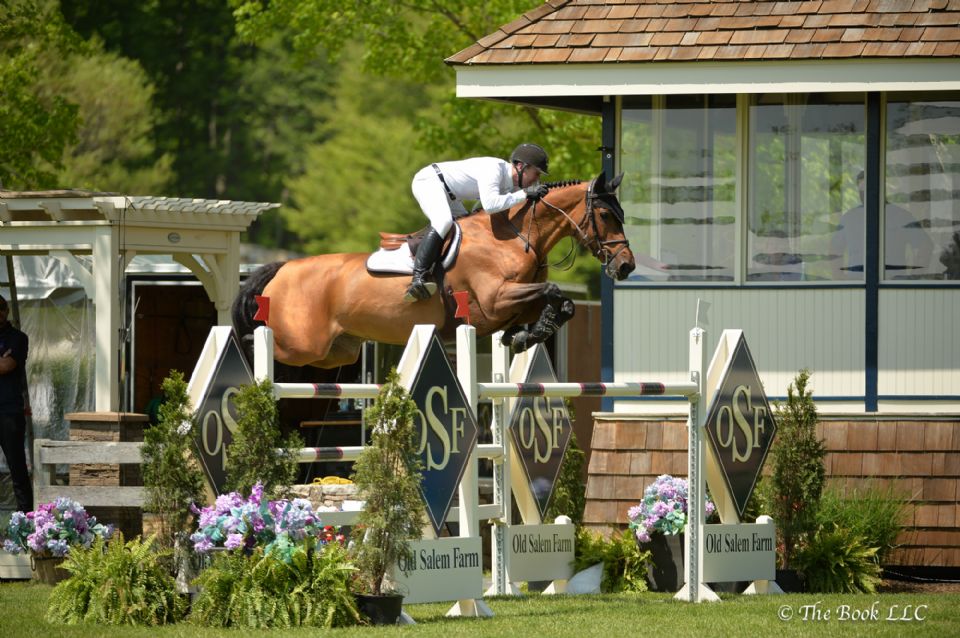 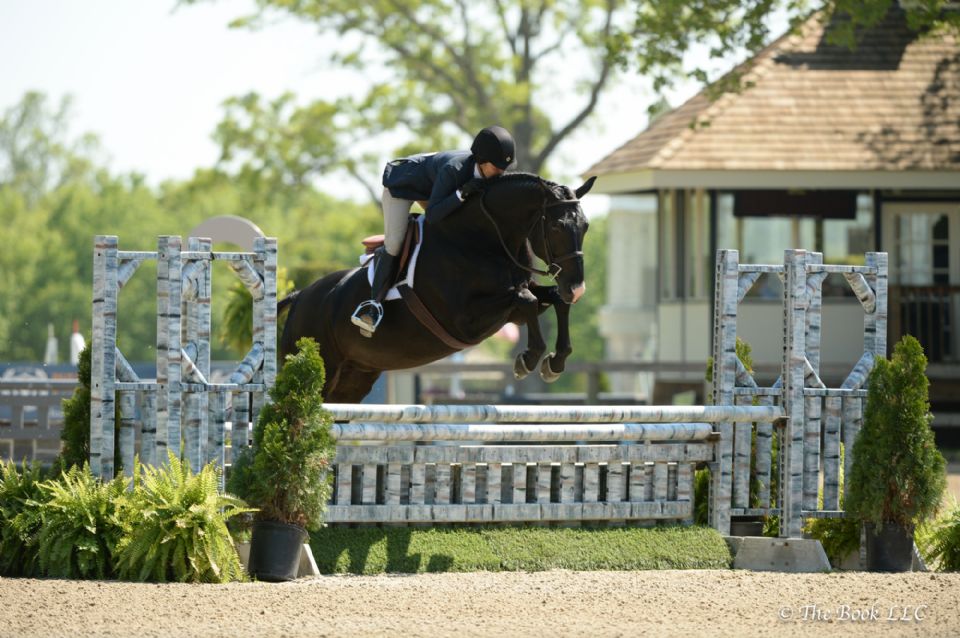 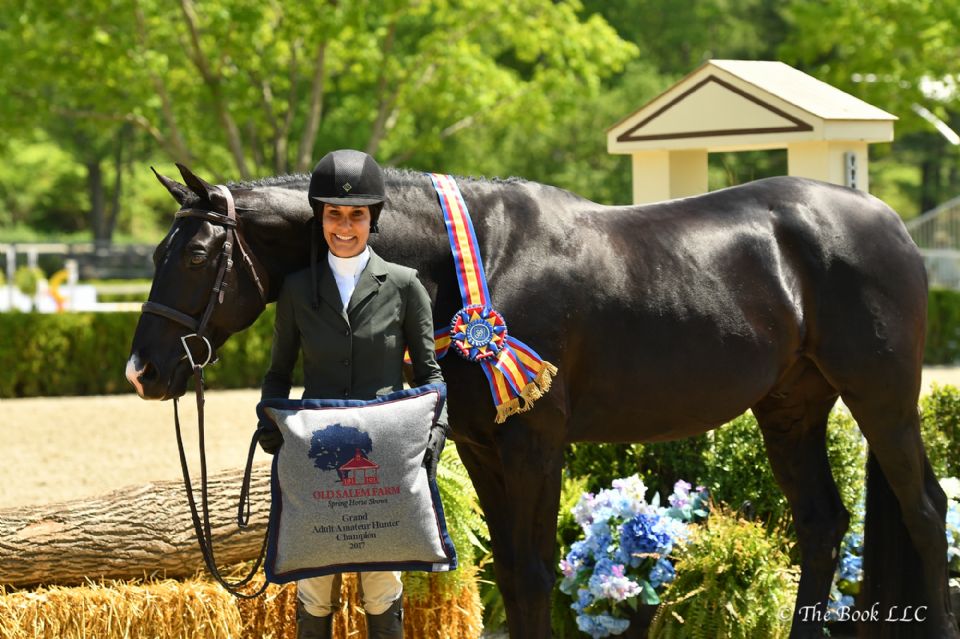 Ward and HH Carlos Z, a 15-year-old Zangersheide gelding (Chellano Z x Voltaire), entered the ring from the 22nd position in the original order and cleared Alan Wade’s (IRL) speed track in 67.23 seconds for the win. At the conclusion of the 58-horse class, Ward’s time stood and he and HH Carlos Z, owned by Double H Farm, picked up their second FEI win at the Old Salem Farm Spring Horse Shows after topping the $35,000 New York Welcome Stake CSI2* last week.

Riding second in the original order aboard Tina La Boheme, Ward set an early pace of 68.55 seconds to finish second riding the ten-year-old mare he co-owns with Susie Heller. Third place was presented to Peter Wylde (USA) riding Paloma for owner Kathleen Kamine in 70.55 seconds, while Amanda Derbyshire (GBR) took fourth aboard Lady Maria BH in 70.75 seconds for Gochman Sport Horse, LLC. Georgina Bloomberg (USA) rounded out the top five in the irons of Manodie II H after stopping the clock at 71.43 seconds.

Ward and HH Carlos Z have collected several wins together at Old Salem Farm over the last few years, and he admits that the mount thrives on the conditions of the Grand Prix Field.

“He’s a very good horse on grass in general,” said Ward, who won 2017 Longines FEI World Cup Final earlier this year in Omaha, NE, on HH Azur. “Venues like Old Salem Farm really suit him. He seems very comfortable on the turf and has a lot of success on it.

“I love it here,” continued Ward, who hails just minutes from Old Salem Farm at his own Castle Hill Farm in Brewster, NY. “It is very exciting to have these shows here, as well as the American Gold Cup in the fall, and I am proud to be part of these events.”

Not just a winner at Old Salem Farm, Ward has had the ride on HH Carlos Z since 2014 and has campaigned the gelding all over the world, saying, “His best quality is that he is super careful. He really doesn’t want to touch the fences, and he is very fast, so you can basically take a risk everywhere. He has been a great winner for me.”

Next on HH Carlos Z’s schedule is the $130,000 Empire State Grand Prix, presented by The Kincade Group, taking place on Sunday, May 21, as the pinnacle of FEI competition at the 2017 Old Salem Farm Spring Horse Shows.

Earlier in the day on Thursday, Ward also topped the $10,000 Open Jumper 1.45m riding his own Balando on the Grand Prix Field at the Old Salem Farm Spring Horse Shows.

French Kiss is a longtime partner for Allen after she purchased the gelding seven years ago. They competed in the 3’3” Amateur–Owner Hunters before moving up to 3’6” height during the 2017 winter season.

“He is my ‘steady eddy’ for sure,” said Allen, who trains with Brooke Baldwin-Degrazia at Riverside Farm in North Salem, NY. “I can always count on him to do his job. He is all business when he gets to the ring, and he really wants to win. I love that he is consistent and fun to ride. He comes to the ring the same way every time and wants to get the job done.

“He seems comfortable in the adults right now, and I don’t do a lot with him because I want to last,” continued Allen. “I pick and choose which shows we want to go to on him, but don’t overdo it. We are only about a mile up the road, and I have been coming to Old Salem Farm each spring for many years.”

Reserve champion in the Adult Amateur Hunter 36-49 Division was presented to Good Humor, ridden by Darby Mazzarisi and owned by Meridian Partners, LLC. Mazzarisi piloted Good Humor to three second and one third-place ribbons over fences for the reserve title.

Jumper competition continues Friday with the $5,000 Under 25 Jumper 1.45m, presented by Douglas Elliman Real Estate, on the Grand Prix Field. The day will conclude with the $5,000 Grooms’ Class beginning at 4 p.m., and an exhibitor party at the Overlook Terrace at 5:30 p.m.

Spectators are welcome at the Old Salem Farm Spring Horse Shows. General admission to Old Salem Farm is free Wednesday through Friday. On the weekend of May 20-21, admission is $15 for adults and $10 for seniors and children under 12. Tickets are available at OldSalemFarm.net.