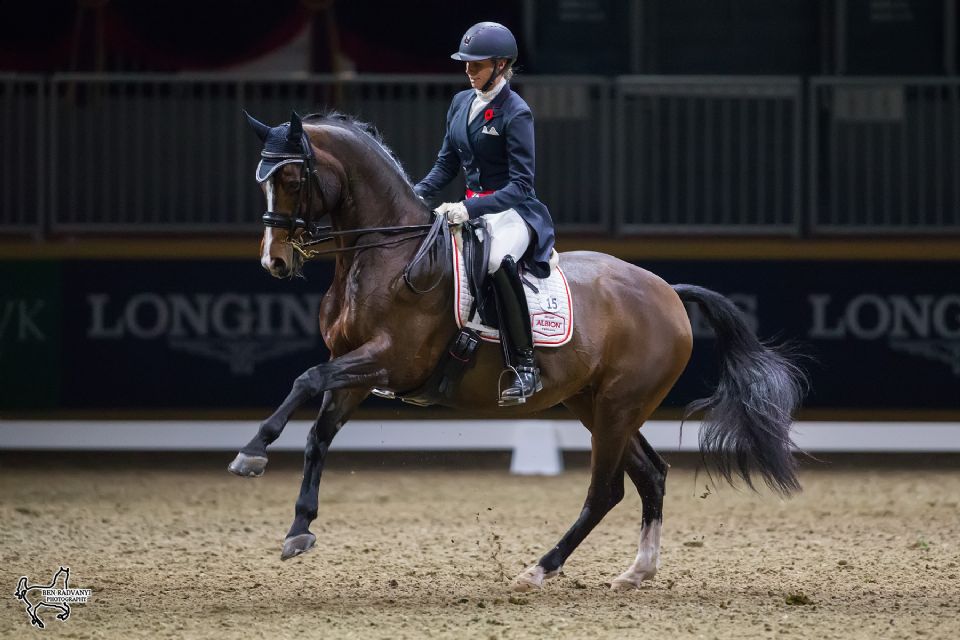 Megan Lane of Collingwood, ON, won the $20,000 Royal Invitational Dressage Cup, presented by Butternut Ridge, on Thursday, November 10, at the Royal Horse Show in Toronto, ON.
Photo by Ben Radvanyi Photography 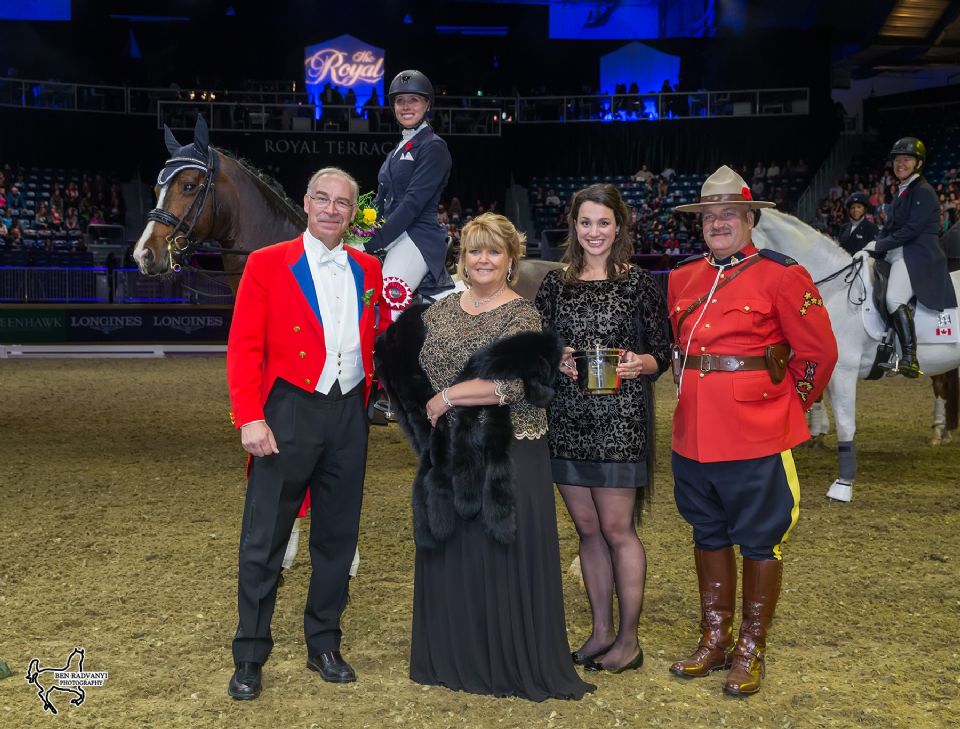 Megan Lane and Caravella are presented with the Butternut Ridge Trophy by Deborah Kinzinger Miculinic (second from left).
Photo by Ben Radvanyi Photography 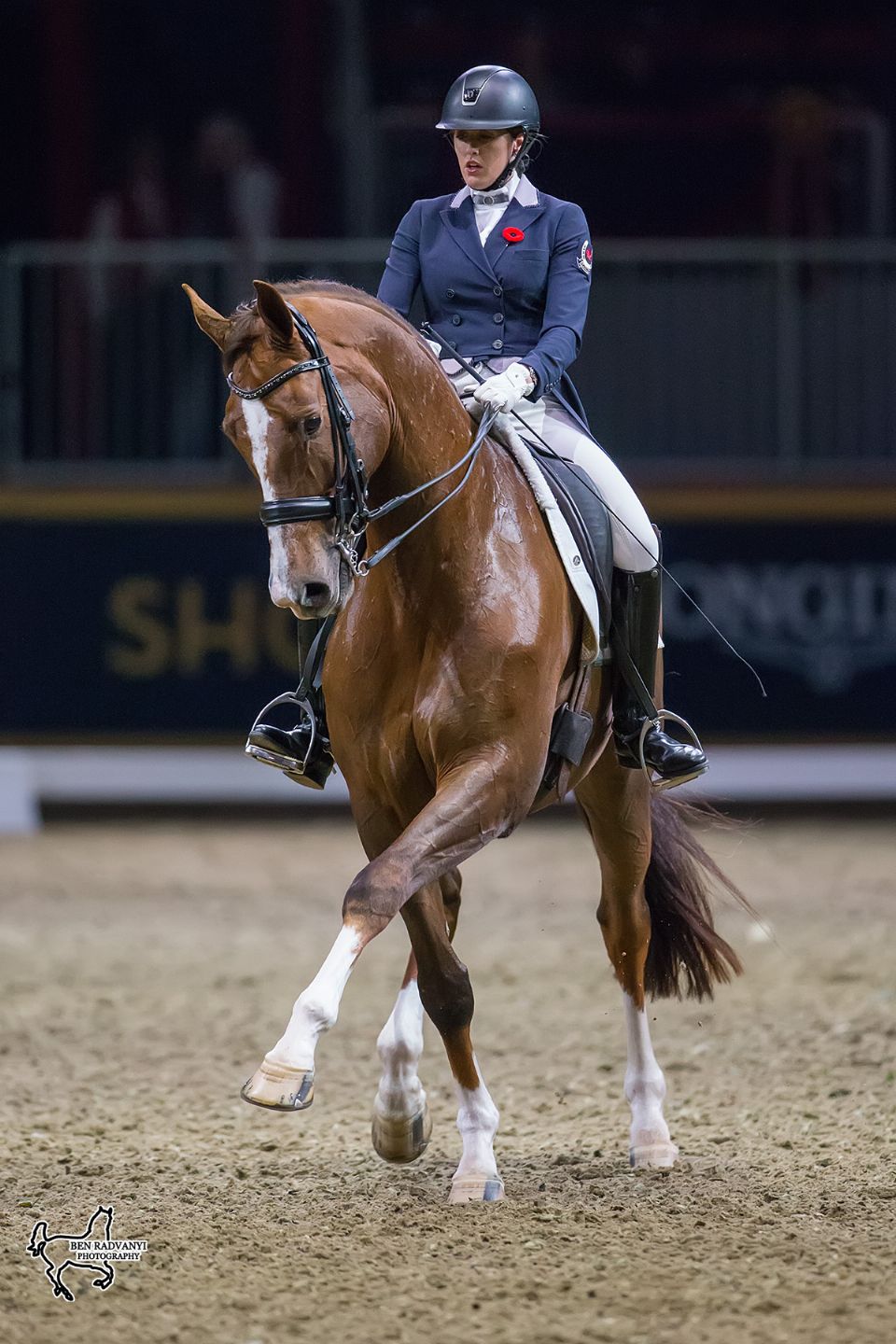 Brittany Fraser-Beaulieu of Ottawa, ON, riding All In.
Photo by Ben Radvanyi Photography 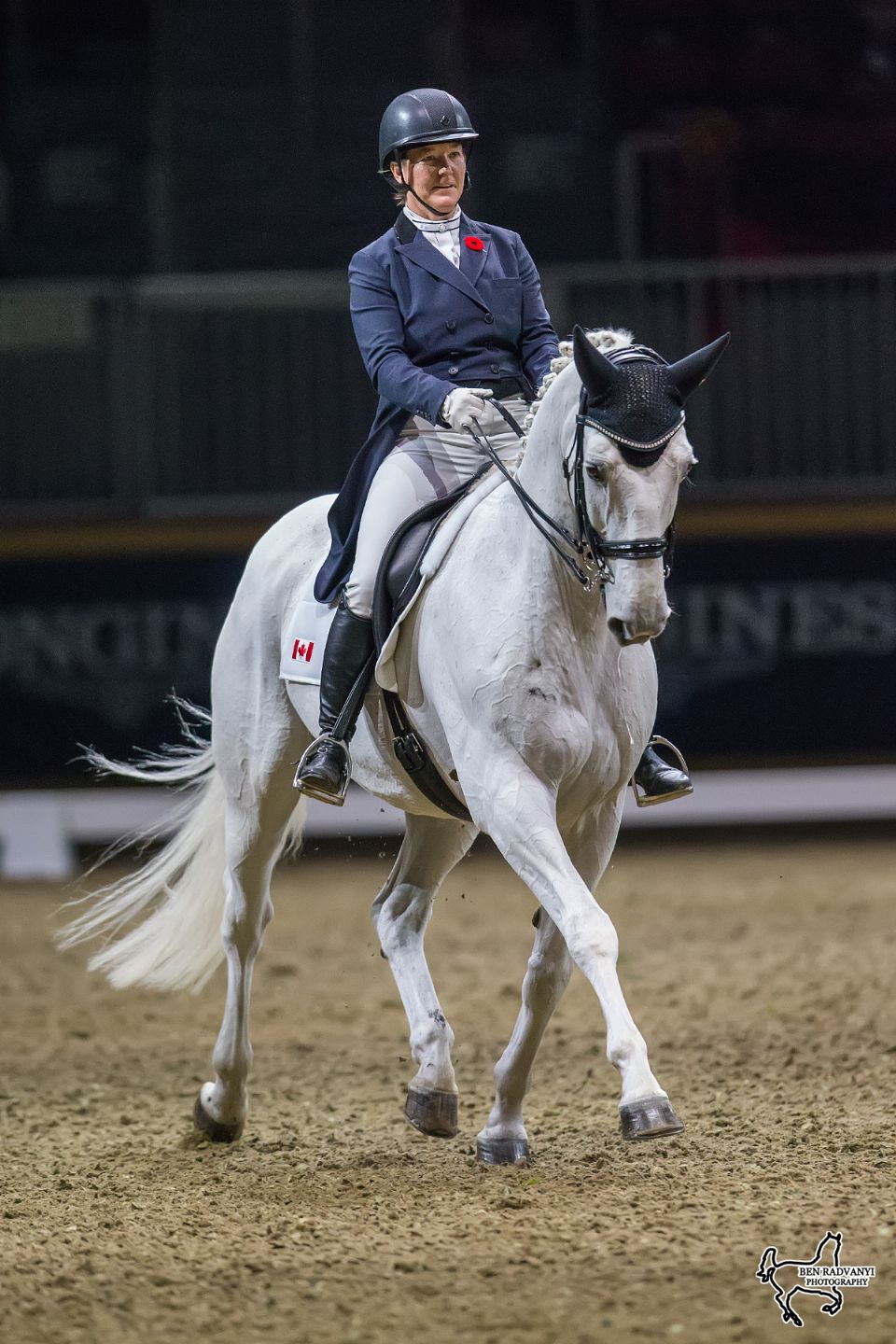 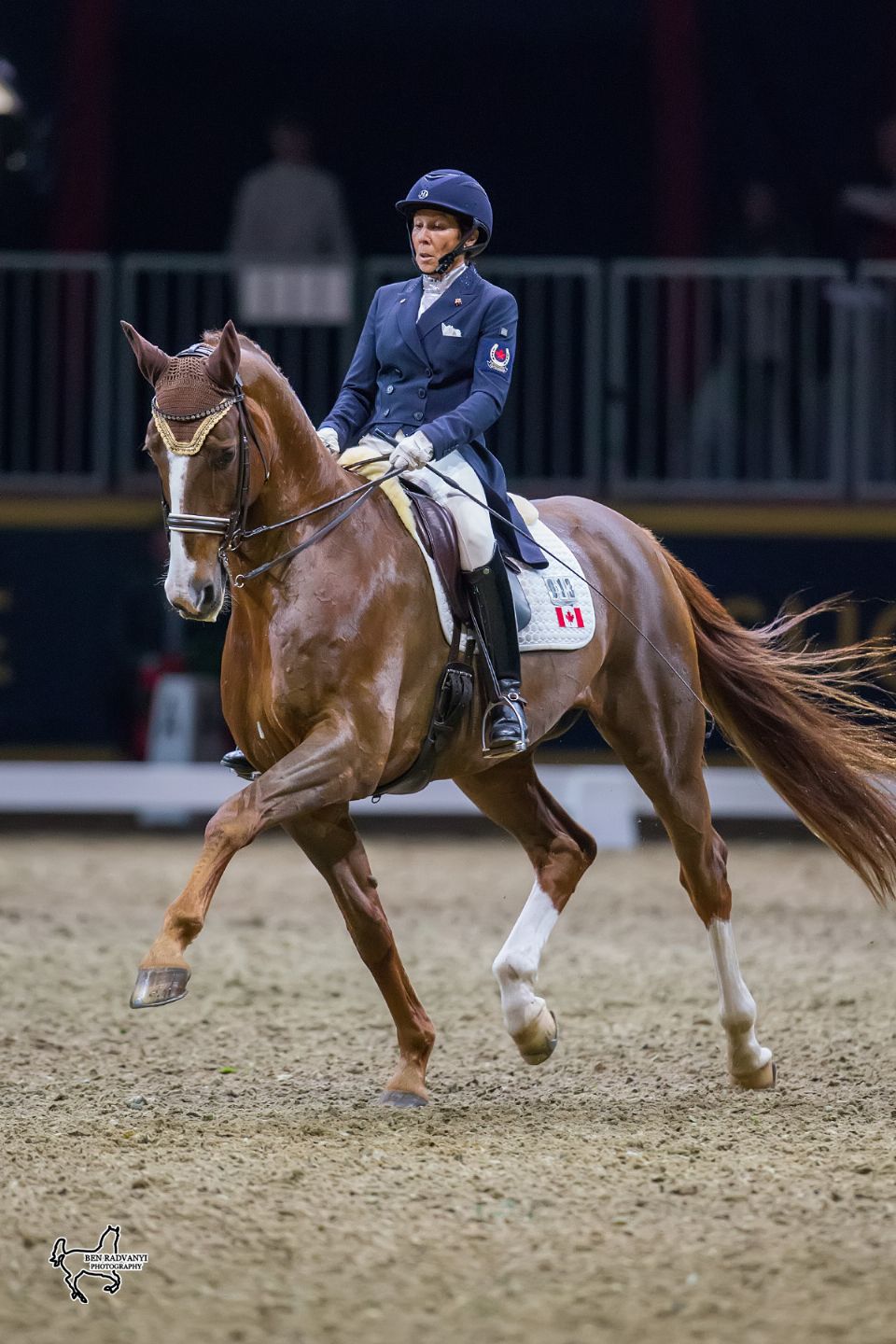 Canadian Olympian Megan Lane of Collingwood, ON, won the $20,000 Royal Invitational Dressage Cup, presented by Butternut Ridge, on Thursday, November 10, at the Royal Horse Show, held as part of the 94th Royal Agricultural Winter Fair in Toronto, ON.

Fresh off their Olympic debut this summer in Rio de Janeiro, Brazil, Lane and her mount Caravella made their inaugural Royal Horse Show appearance a winning one.

On Thursday night, Lane and Caravella performed their freestyle, where riders choreograph required movements to the music of their choice, in front of a packed house in the Ricoh Coliseum.  Riding to an original composition by Dutch freestyle designer Joost Peters, Lane’s freestyle was highlighted by impressive flying changes, piaffe and one-handed pirouettes.  The panel of international judges rewarded the pair with a score of 76.75%, giving Lane the victory in her Royal Horse Show debut.

“It was an amazing ride,” said Lane, 25, who performed the same freestyle she rode as part of Canada’s silver medal team at the 2015 Pan American Games in Toronto.  “It has been a lifelong dream of mine to compete at The Royal.  To have this dream come true on top of riding an amazing test on the partner I’ve grown up with is pretty surreal to me.”

Lane has been partnered with Caravella, her 15-year-old Canadian-bred mare, since she competed in the junior divisions seven years ago.  With the Pan American Games and the Rio Olympics checked off her list, Lane is now aiming Caravella towards the 2017 Reem Acra FEI World Cup Final in Omaha, Nebraska, next spring.

“I would love to do the World Cup,” said Lane, who trains with Canadian Olympic veteran and fellow Royal Invitational Dressage Cup competitor, Christilot Boylen.  “I really wanted to come to The Royal to experience this indoor atmosphere and to see how she would react.  I think it was a pretty positive experience.”

Having also won Wednesday’s Grand Prix with a score of 71.63%, Lane was presented with the Butternut Ridge Trophy, generously sponsored by Deborah Kinzinger Miculinic.

“Thank you to all of the sponsors for making this happen and to everyone who came out to support Canadian dressage tonight!” said Lane.

Finishing as the runner-up in Grand Prix Freestyle was Lane’s Pan Am Games teammate Brittany Fraser-Beaulieu of Ottawa, ON, riding All In, an 11-year-old Warmblood gelding, with a score of 75.250%.  Jacqueline Brooks of Mount Albert, ON, was third with a score of 72.708%.  In a poignant moment, Brooks performed her freestyle to Leonard Cohen’s ‘Hallelujah’ riding her 2012 Olympic mount, D Niro, a 17-year-old Swedish Warmblood gelding owned by Mary Brooks and Brookhaven Dressage, Inc.

Finishing in fourth in the impressive line-up with a score of 68.50% was six-time Canadian Olympian Boylen of Schomberg, ON, riding Drentano, a 13-year-old Hanoverian gelding owned by Kinzinger Miculinic.