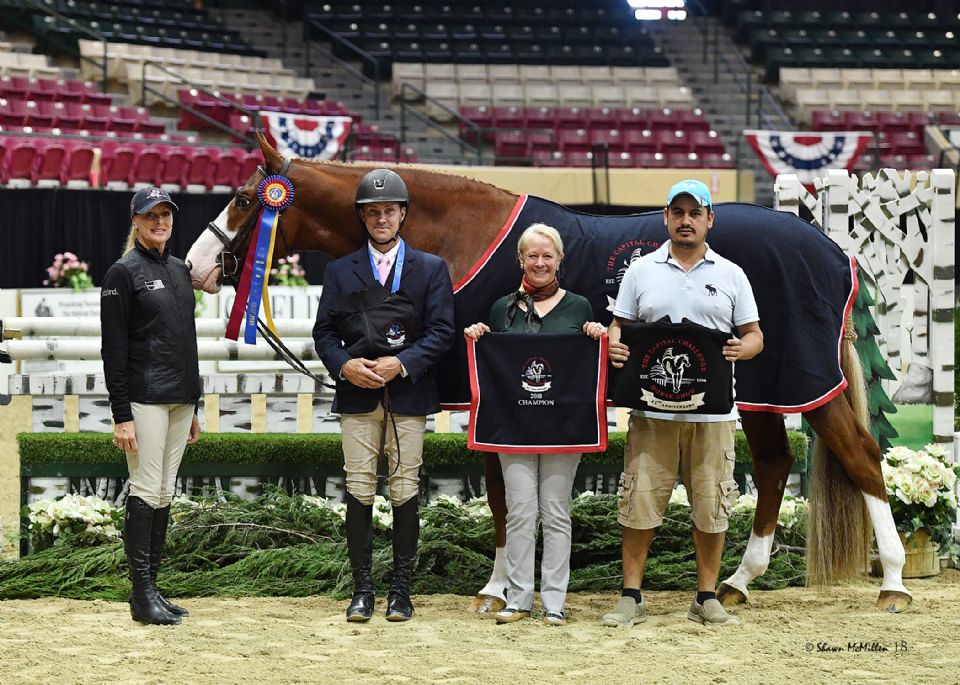 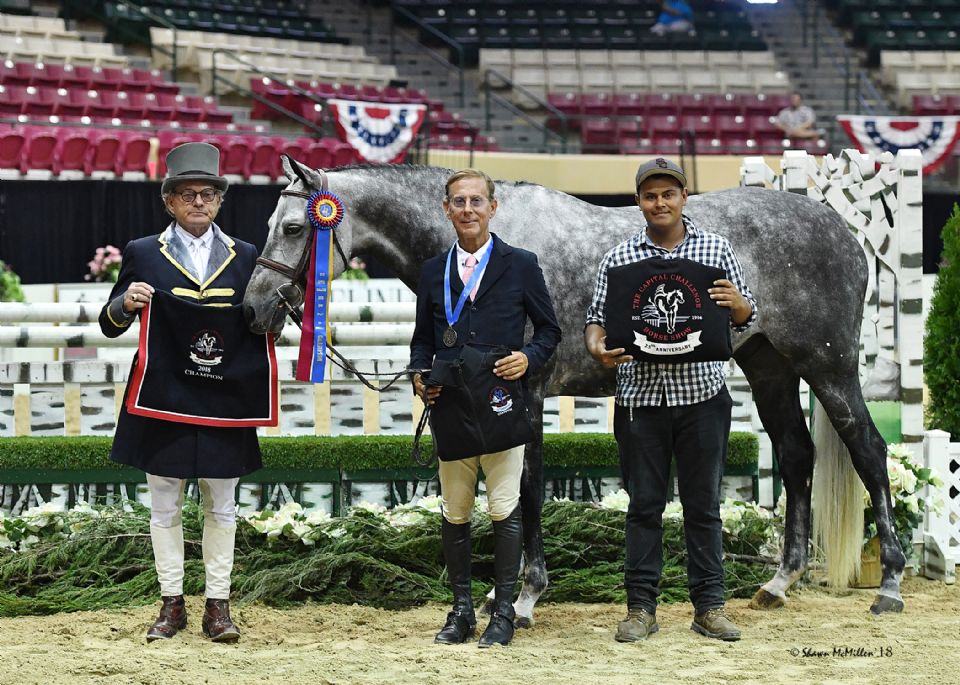 Banksy, ridden by John French and owned by Grace Russo, was champion in the Green Hunter 3-Foot-9.
Photo by Shawn McMillen Photography 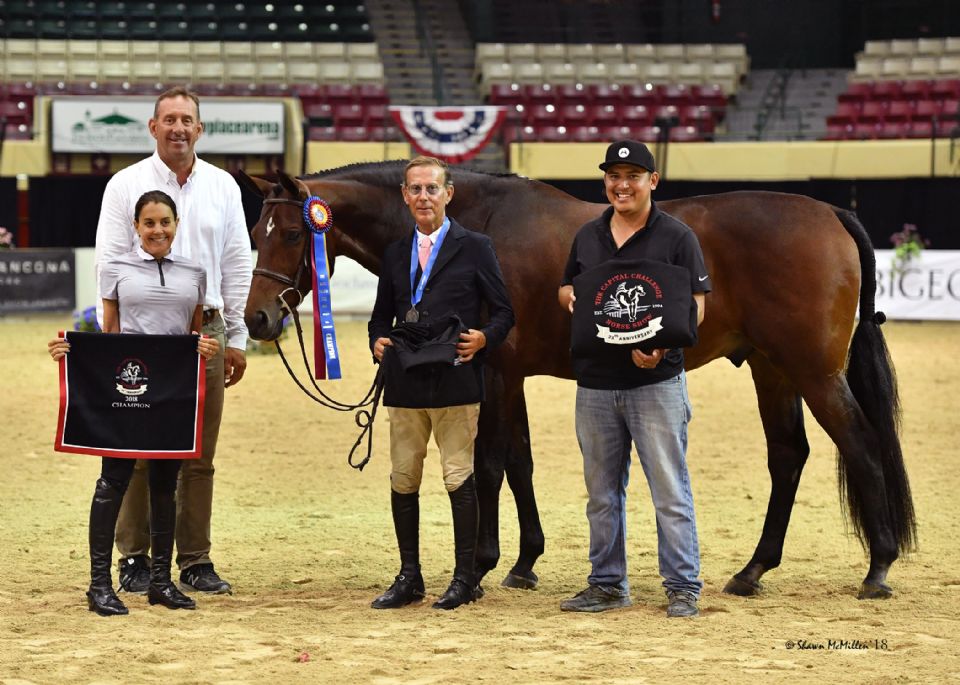 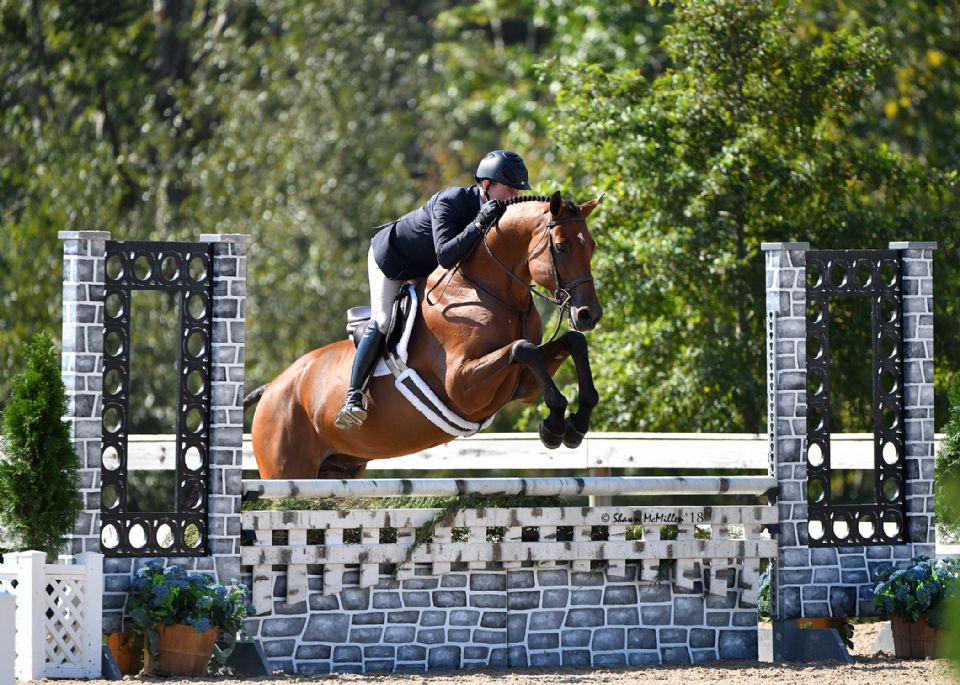 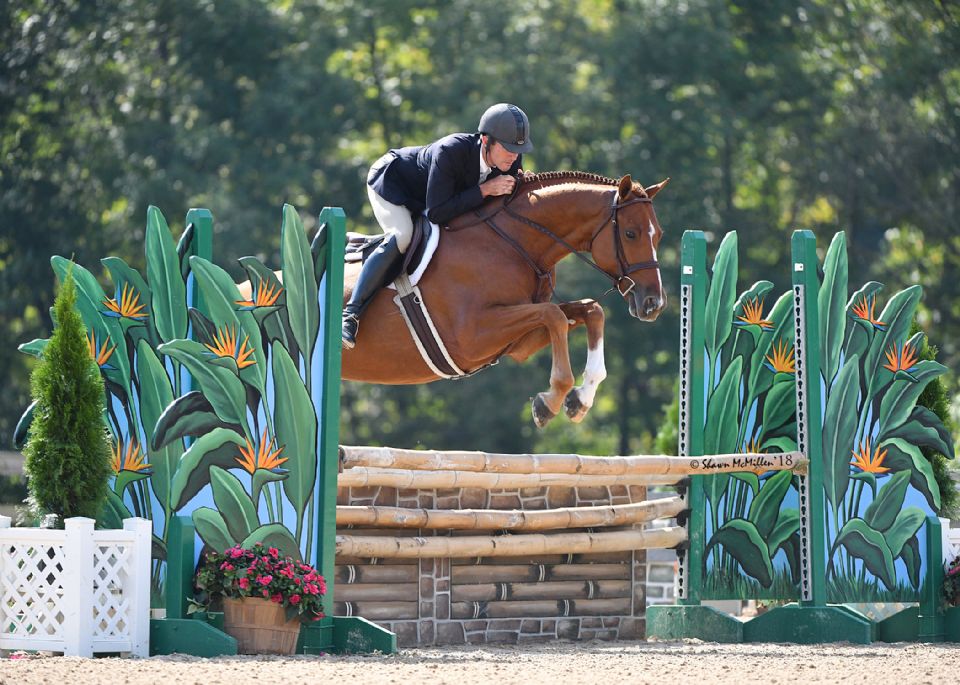 Bordeaux, ridden by Hunt Tosh and owned by Douglas Wheeler, was champion in the Green Hunter 3-Foot 5 Years Old & Under.
Photo by Shawn McMillen Photography 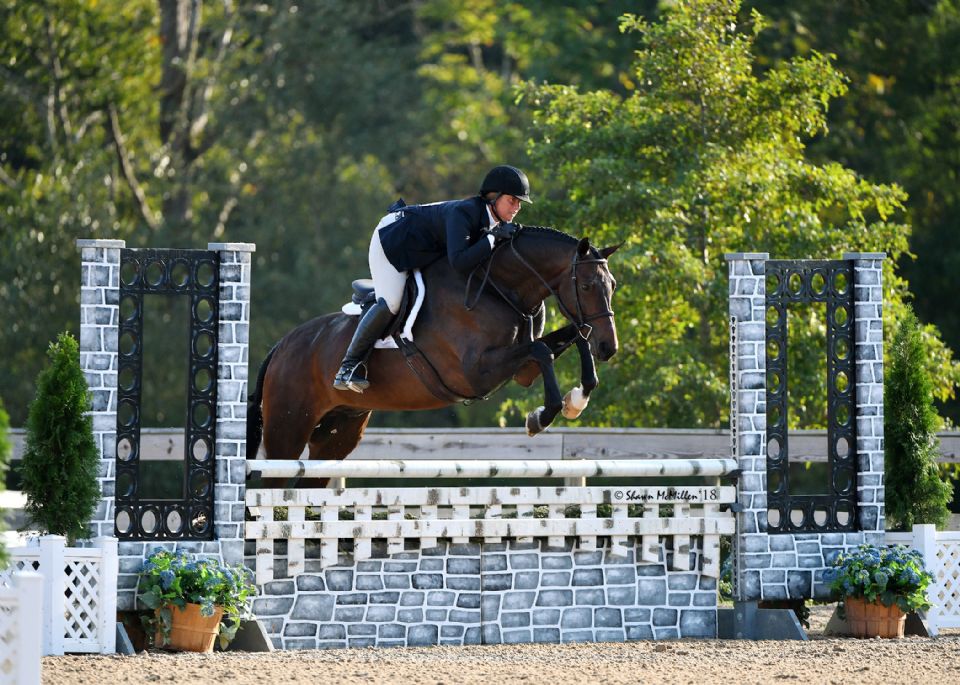 Kindred, ridden by Jennifer Alfano and owned by Kathy Chiaf, was champion in the Green Hunter 3-Foot-3 Section B.
Photo by Shawn McMillen Photography 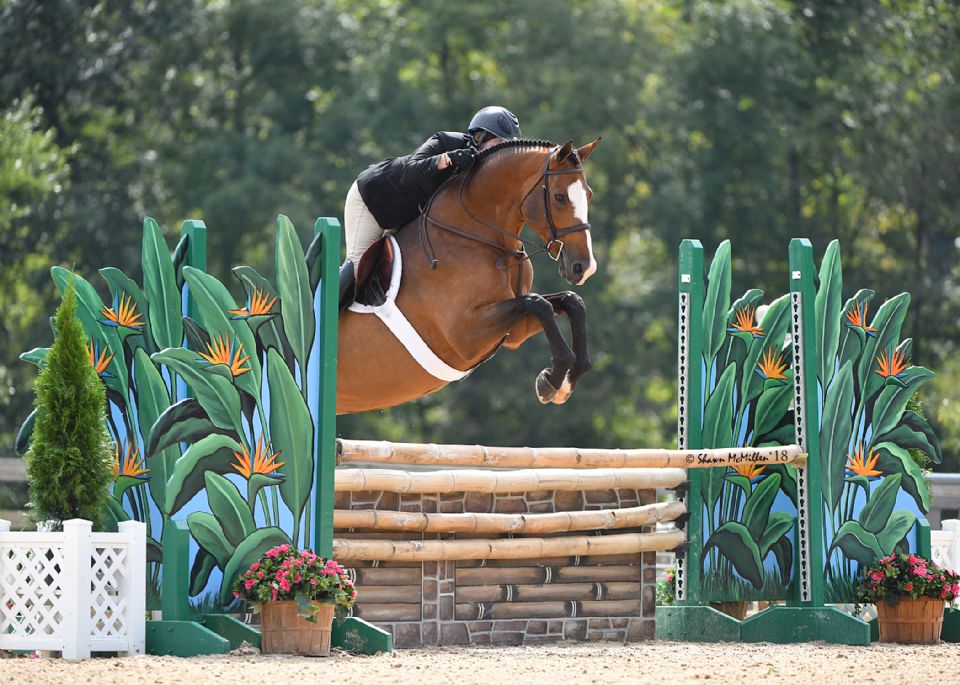 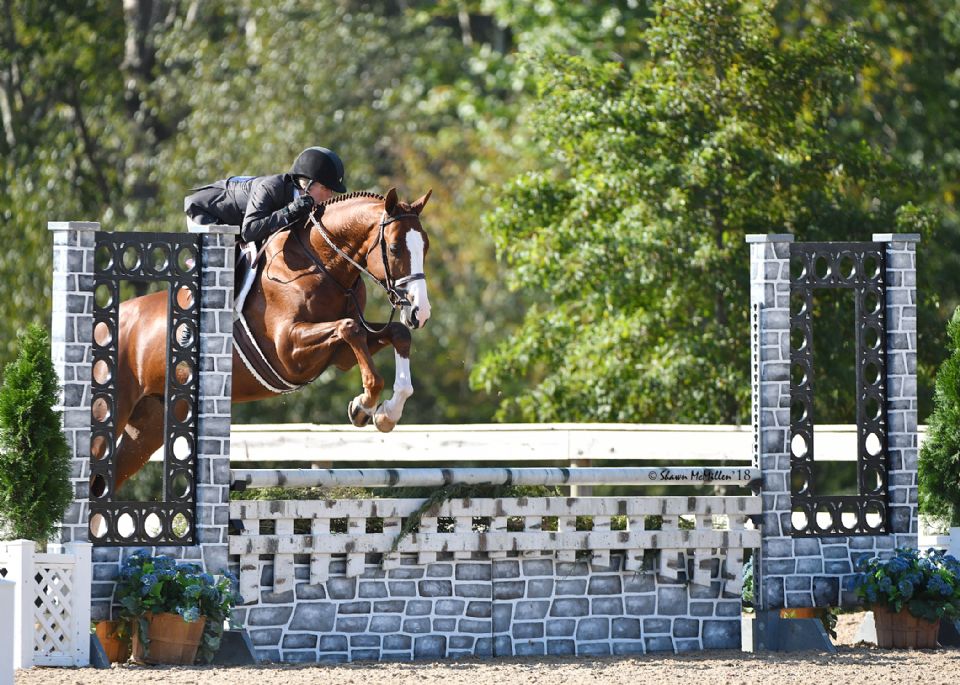 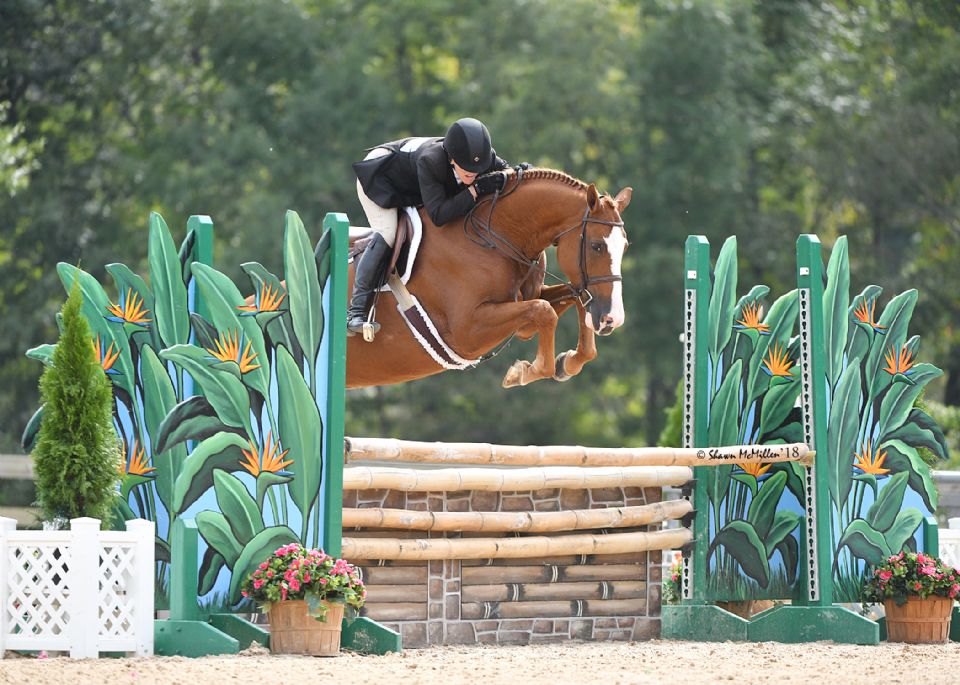 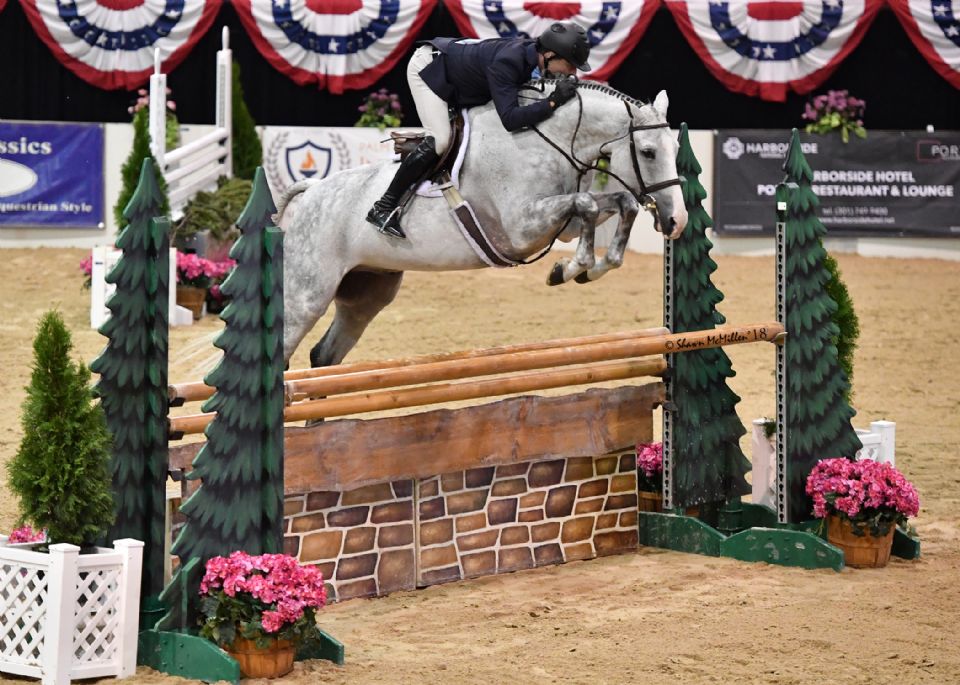 Scott Stewart and Catch Me
Photo by Shawn McMillen Photography 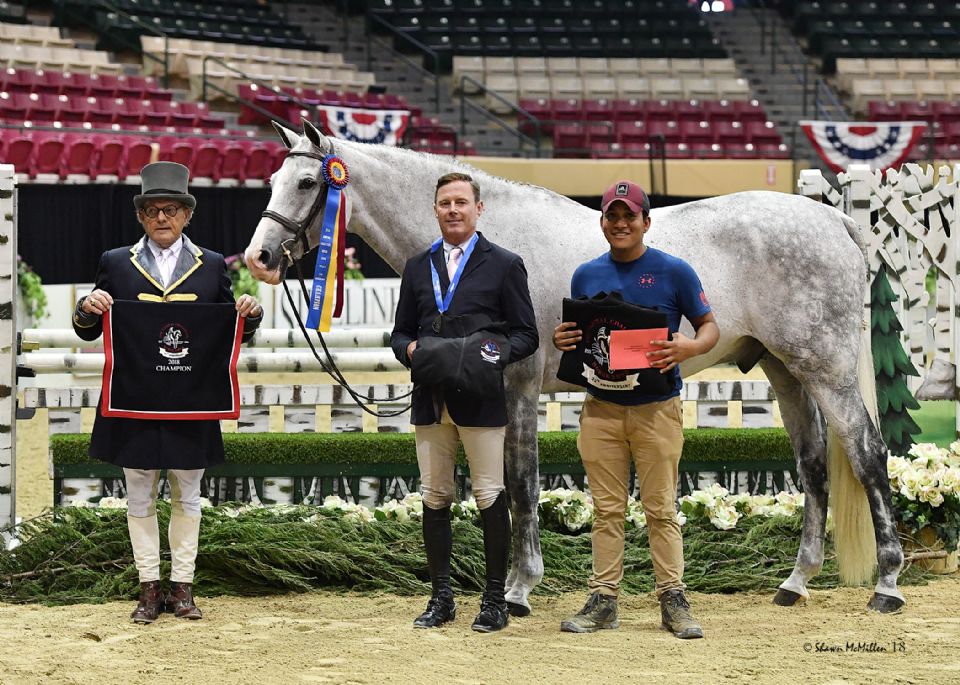 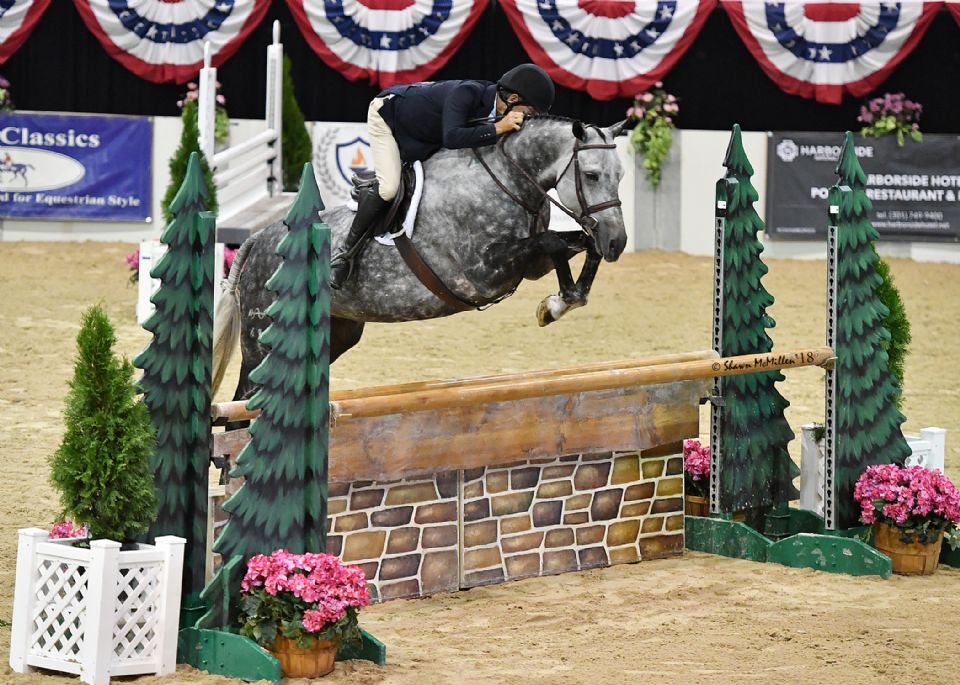 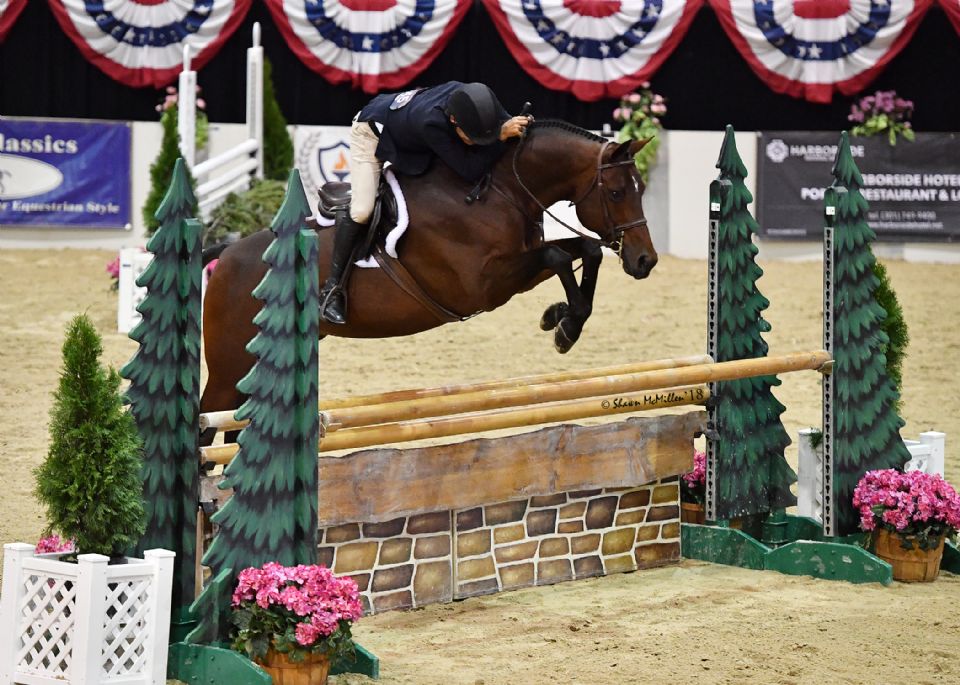 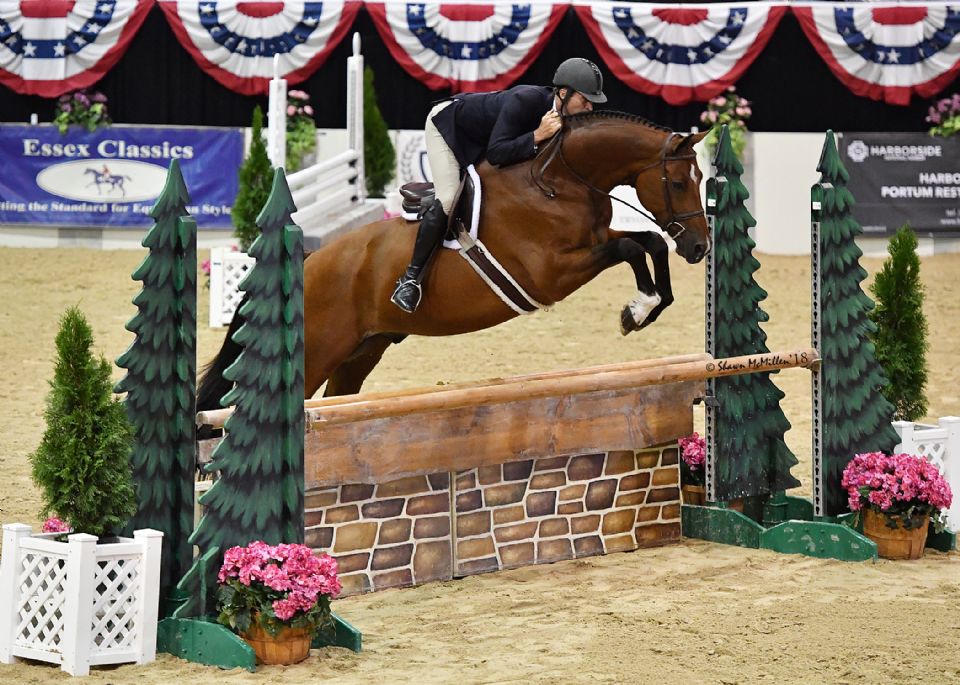 Bastogne, ridden by Hunt Tosh and owned by Ceil Wheeler, was the Green Hunter 3-Foot-6 Section B champion.
Photo by Shawn McMillen Photography 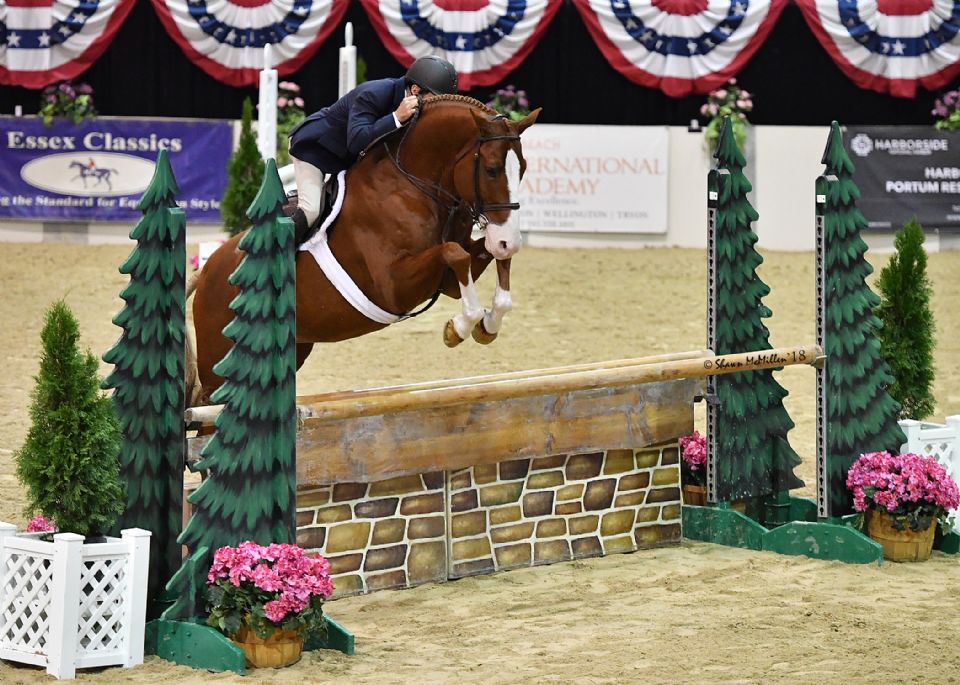 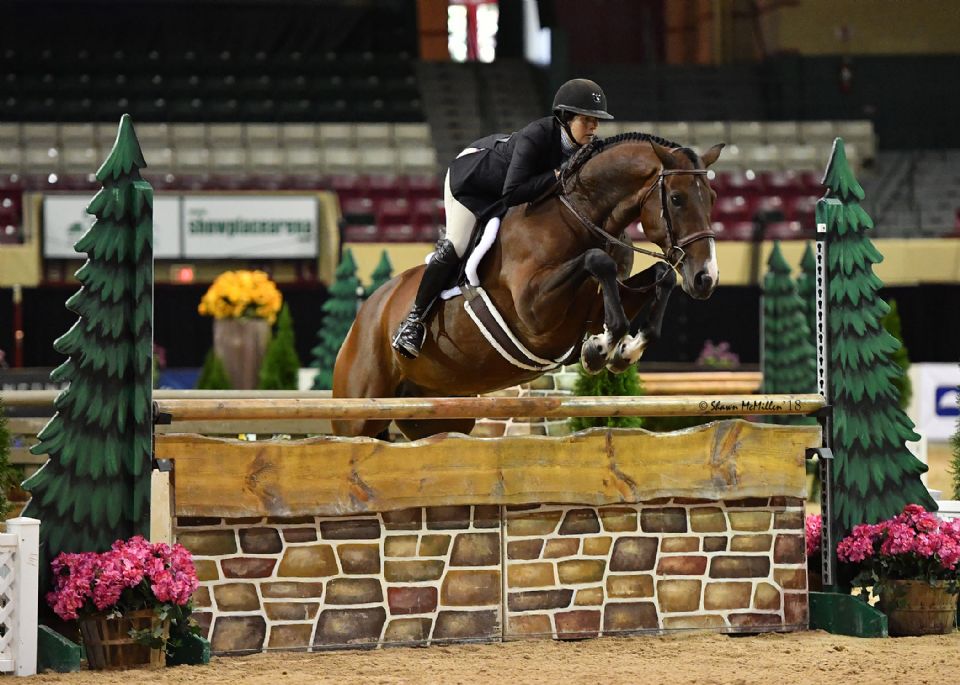 “It was a good day – a good two days!” said Payne, who won all three of the division’s jumping classes, the model, and the under saddle.

“He’s an amazing horse,” continued Payne in speaking of the gelding that was only imported to the U.S. in January. “He didn’t get a pre-green year like a lot of these horses. He just came over, got gelded, and started doing this. He’s such a natural athlete and has such an amazing fantastic jump. He has the most amazing, natural jump that I’ve ridden.”

Finishing in reserve in the Green Conformation Hunter division, sponsored by Joie Gatlin and Morley Abey, was Status, ridden by Scott Stewart and owned by Krista and Alexa Weisman.

Also nearly sweeping a division on Tuesday was veteran Capital Challenge champion, Boss. With John French in the irons, the 12-year-old Dutch Warmblood gelding, owned by Laura Wasserman, won all three of the High Performance Conformation Hunter over fences classes and finished second under saddle to take the championship.

“You have a good round with Boss and you think, ‘Oh, I hope I can get another one,’ and then he has another one,” said French, who originally hails from Maryland but now resides in Paso Robles, CA. “He was super consistent. The first day one of the judges gave him a 94.  I think he really likes it back here, he likes this place. He’s just such a great horse, the way he goes around.

“He’s 12 years old now; one of the judges said he’s ageless,” said French of Boss, whose 2018 High Performance Conformation championship marks the third consecutive year that the gelding has won the division’s top honor. “He still wins the model. He still looks amazing, and he still is interested, careful, and loves what he’s doing.”

The reserve championship in the High Performance Conformation Hunter division, sponsored by Ginny Edwards, was presented to Truman, ridden by Payne and owned by Maypine Farm.

“He’s a great horse. He’s such a great mover; he looks so pretty going around,” said French, who first started riding Banksy two years ago. “I rode him a little in the Pre-Greens, and I rode him in the First Years last year. He just keeps stepping up, and he’s even getting better. People ask, ‘Is that the same horse?’

“I grew up here so it’s nice to come back and win here,” continued French. “This is one of the biggest hunter shows. It seems like everyone comes because they have big classes for the young horses and big money classes for the [World Championship Hunter Rider (WCHR)] Professional Challenge and [WCHR] Professional Finals. This is probably the hardest show to win at because you have the most people.”

In the Green Hunter 3’6” Section B, sponsored by Lee Sadrian and Cynthia Kellogg, the championship was awarded to Hunt Tosh and Bastogne, owned by Ceil Wheeler. The reserve championship went to Big Shot, ridden by Jenny Karazissis and owned by Dulcie Lou Morris.

In the Green Hunter 3’ – 3” Mares, the championship, sponsored by Penelope Ayres, was awarded to FVF Just Watch, ridden by Victoria Colvin and owned by Missy Luczak-Smith.

“This is my third or fourth time showing her; she’s been quite amazing,” said Colvin of the seven-year-old warmblood mare. “You have to be a little settled on her for now, but she is really easy and has a humongous stride. She’s beautiful, and she listens well to voice. She was perfect in the indoor.

“These pre-green classes are really cool for the horses,” said Colvin. “I feel this is the hardest pre-green show. It doesn’t compare to any other one because everybody comes to this one – at [the Winter Equestrian Festival] you don’t have John [French]!”

Taking the reserve championship in the division behind Colvin and FVF Just Watch was Fairlife, ridden by Jennifer Alfano and owned by Debbie Marks.