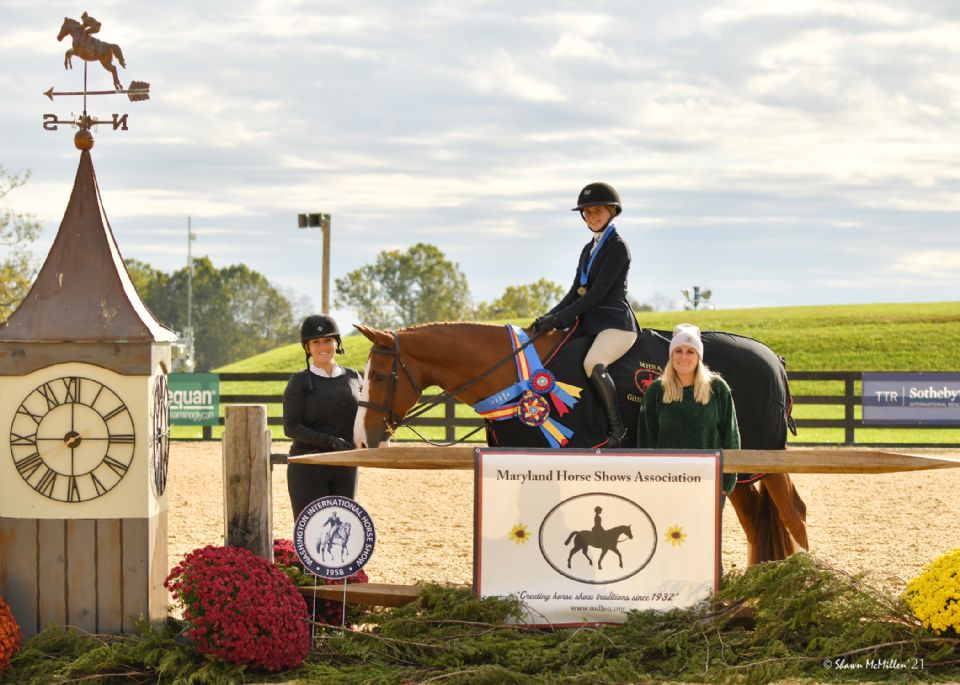 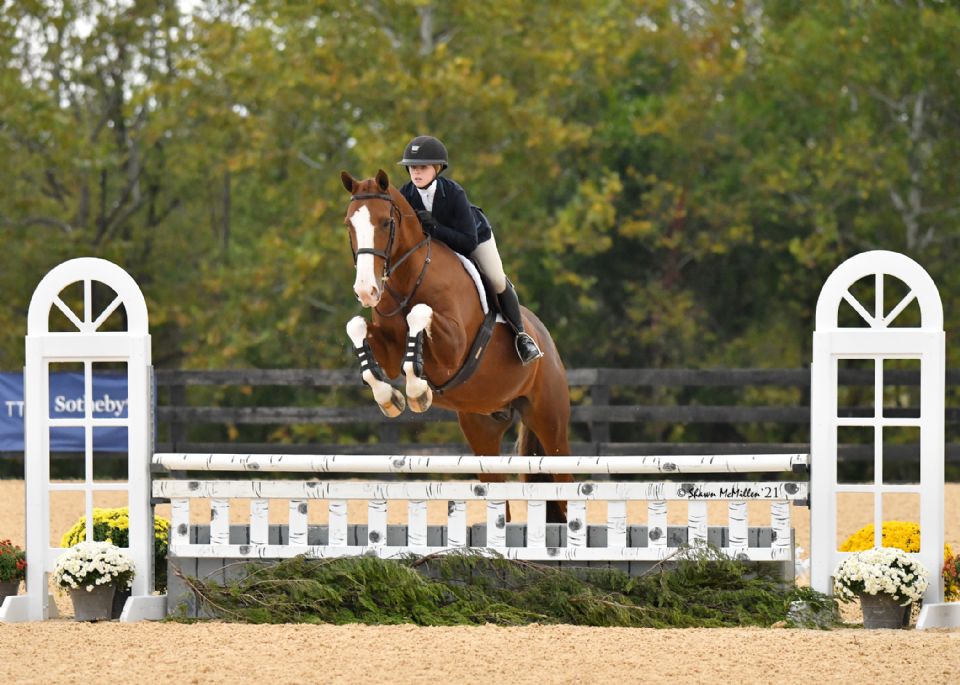 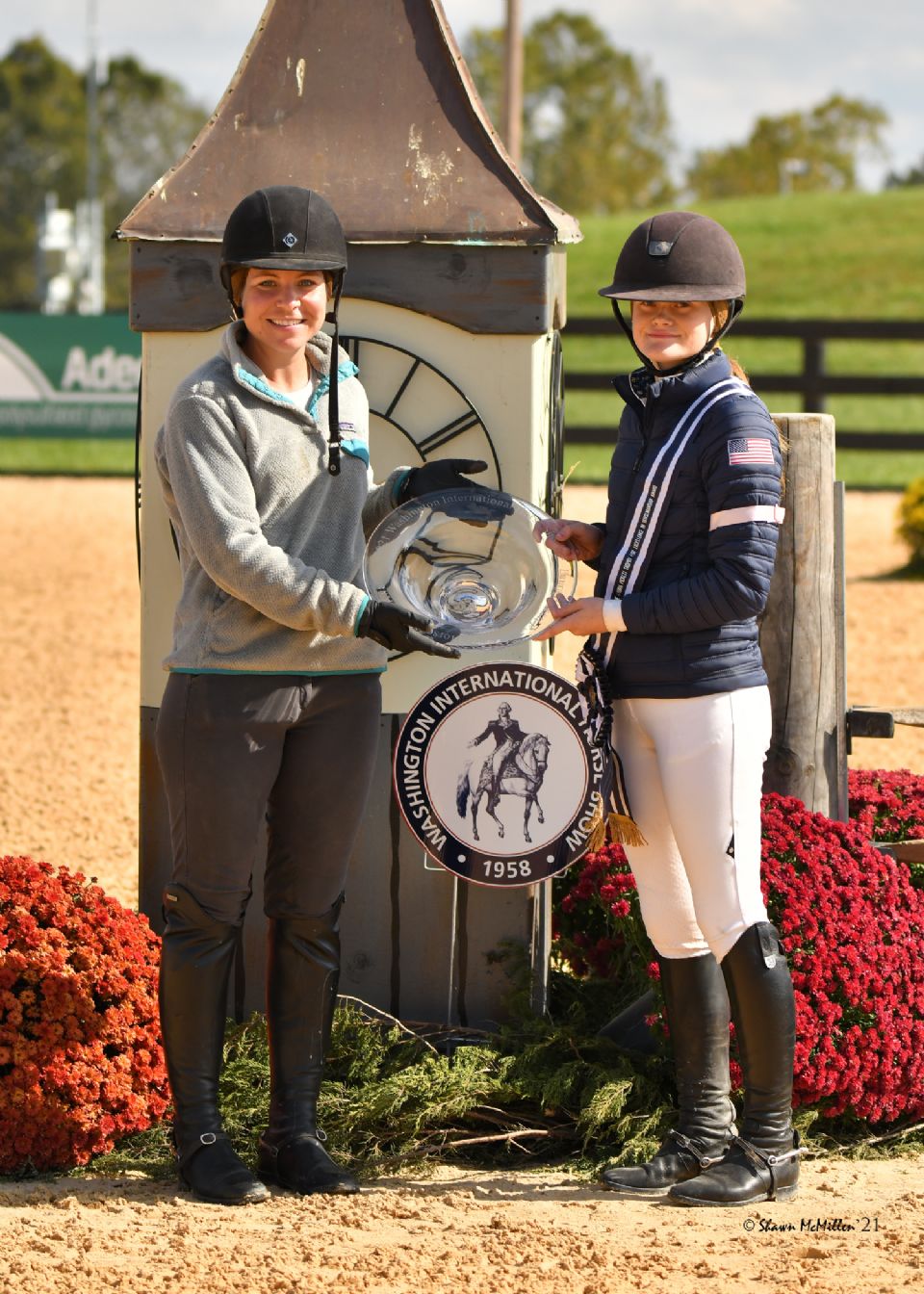 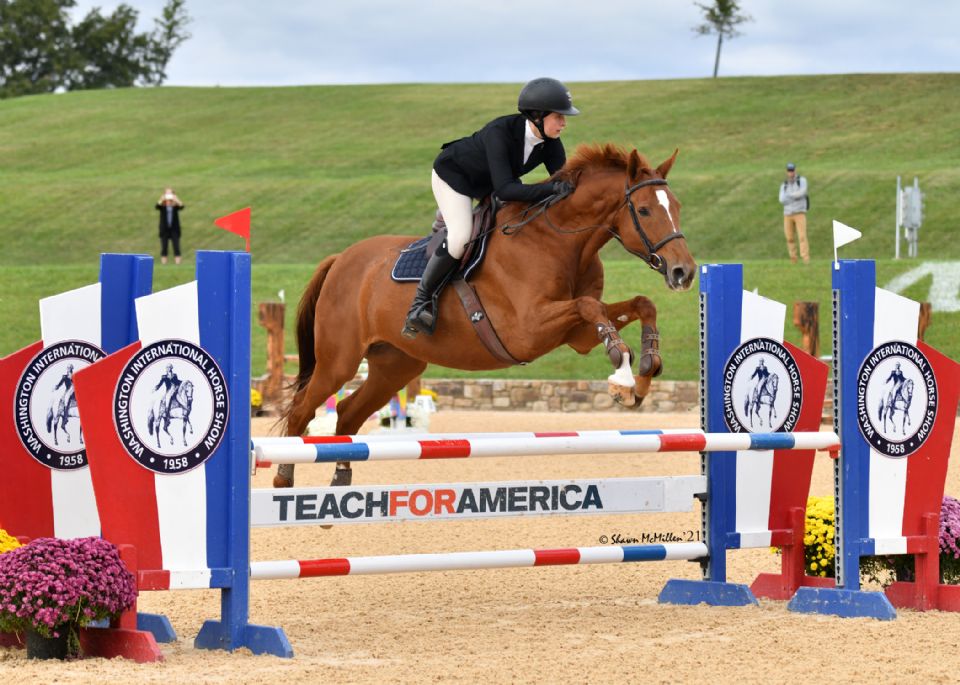 Alexandra Lockard and Centalia were champion in the Children’s Jumper division.
Photo by Shawn McMillen Photography 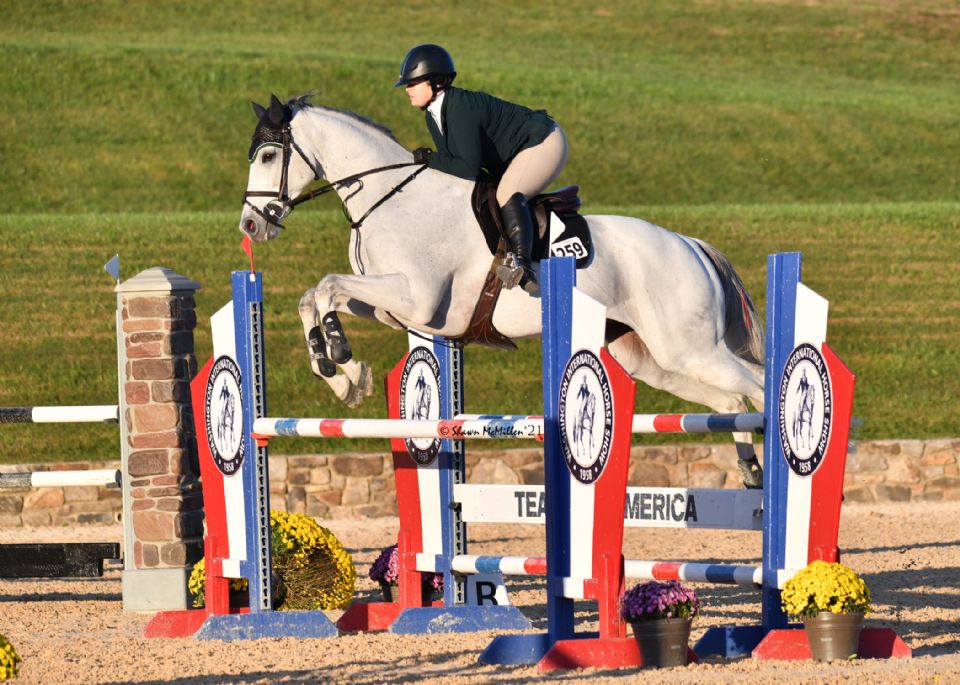 Holleigh Arledge and McNick were champion in the Adult Jumper division.
Photo by Shawn McMillen Photography 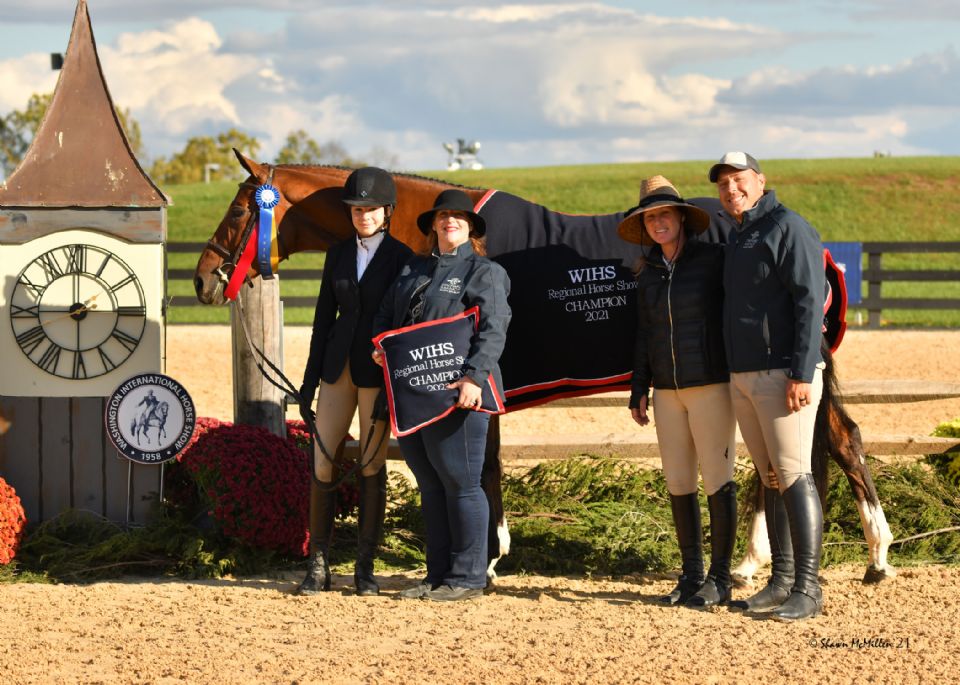 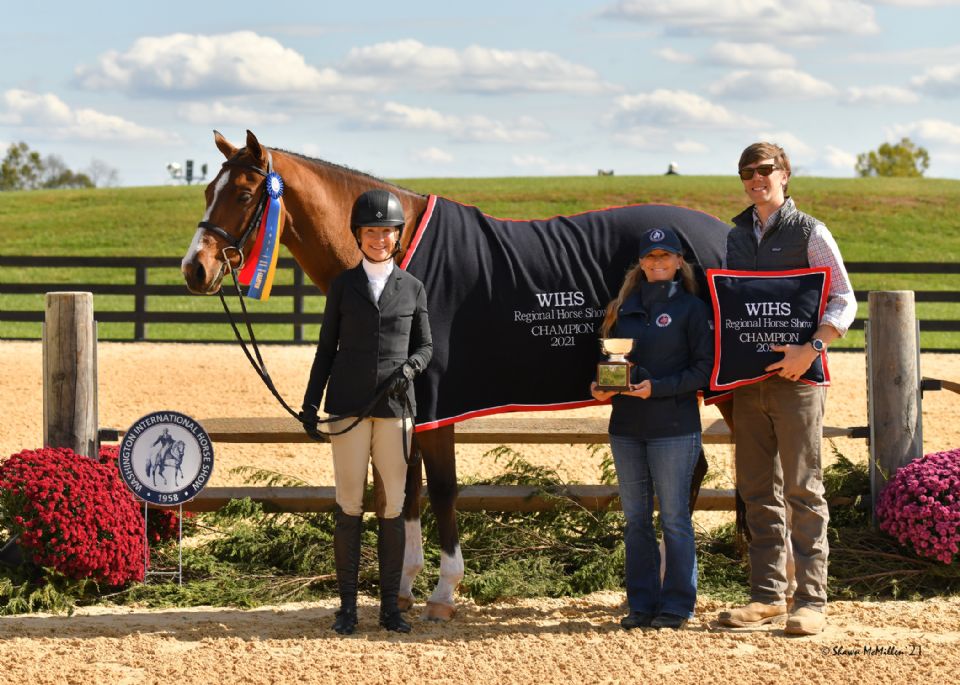 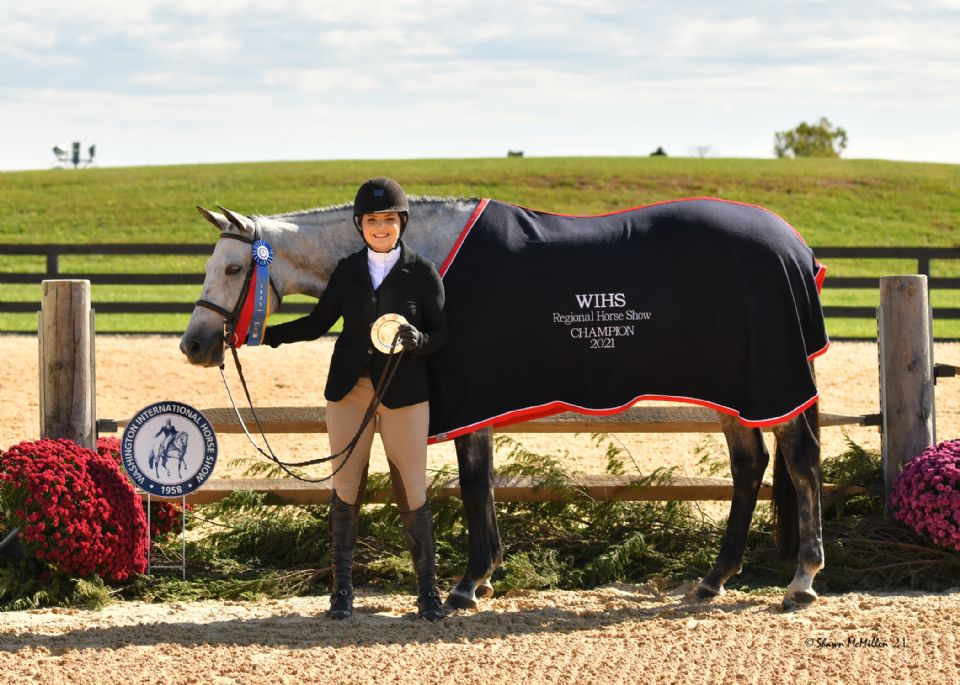 Sophia Vella and Just For Kicks were co-grand champions in the Adult Amateur Hunter division.
Photo by Shawn McMillen Photography 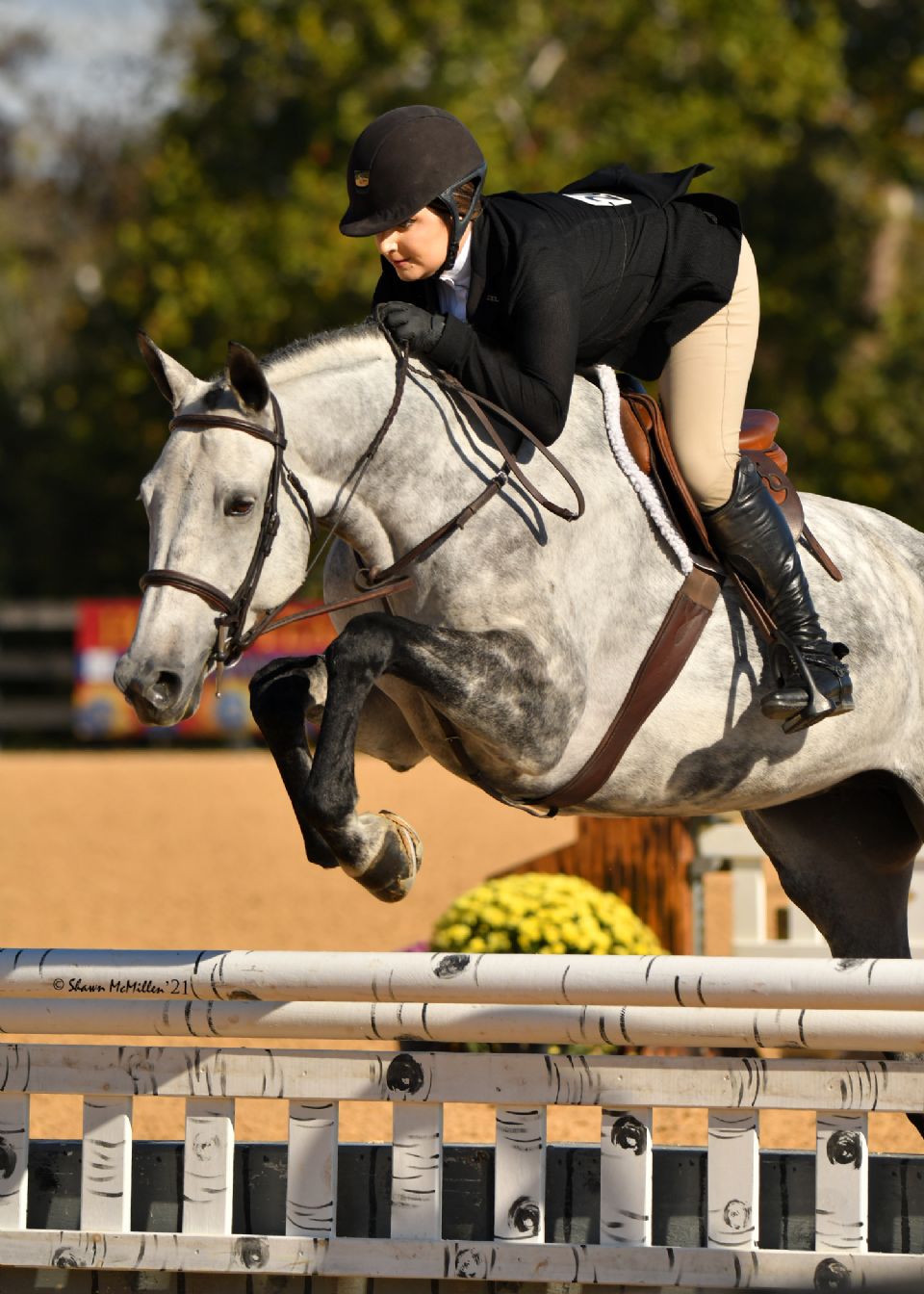 Giorgio had ridden in the Gittings class in years past, but it wasn’t until last year that it became a greater competitive focus for her and her mounts. Though she hadn’t competed “Jasper” in an equitation final previously, Giorgio knew the gelding would be up for the challenge. “I’ve had [Jasper] for a little over a year, but we just began showing [together],” said Giorgio. “He’s perfect and so sweet. He always wants to cuddle and wants treats, and he is awesome to ride.”

This was Giorgio’s final show as a junior so while there was a little pressure, she commends the team of people around her for making the experience a great one. “I have an awesome team; they’re so supportive,” she shared. “My family, my trainers Gabriella Conte and Rachel Agee, and everyone at the barn are amazing. It definitely calmed me down knowing that I had a great support system no matter what happened in the ring.

“I also knew Jasper was going to be perfect no matter what and take care of me,” she continued, “so I tried to go in there and have fun without worrying about the outcome.”

Giorgio, who has been competing at the WIHS Regional Horse Show since she was on small ponies, mentioned the venue at Morven Park International Equestrian Center also had a calming effect on her.

“I love it there,” she said. “It’s so beautiful, and I think the horses really love it. There’s so much grass for them to not only graze on, but I also love cantering out in the fields or going on a trail ride with my friends. Knowing that you’re at a pretty relaxed place, with a lot to do and a lot of your friends, takes your mind off of [the pressure of competing].”

Behind Giorgio, Maris Jones took second place riding her own Skyscraper, while Annabella Bozzuto rode Robin Bozzuto’s Finally to third place. Frankie Falise and Jim Hayward’s Freedom G finished in fourth, with Addison Huffman and her own Calantus rounding out the top five.

Madison Smyth of Dayton, Maryland, trained by Kim Williams, was the recipient of the tenth annual Laura Pickett Excellence in Horsemanship Award presented by Victoria Lowell and Charles Ancona. The honor is given to an up-and-coming adult or child rider and their trainer competing at the WIHS Regional Horse Show who best exhibit the enthusiasm, dedication, style, and commitment to excellent horsemanship that brings out the best in horse and rider. The award celebrates the legacy of lifelong horsewoman and Maryland-based trainer, Laura Pickett, and her unwavering dedication to her students and their horses.

New to the WIHS Regional Horse Show was the Glyndon Memorial Trophy, donated by Patti and Bruce Schindler. The award, donated in memory of Ms. Schindler’s successful Adult Amateur hunter, Glyndon, was presented to the WIHS Regional Grand Adult Amateur Hunter co-champions, Sophia Vella and her own Just For Kicks, and Whitney Blanchard and her own Del Mar.

For their grand champion wins, Cooper, Blanchard, and Vella qualified to compete at the 2021 Washington International Horse Show at the Tryon International Equestrian Center, along with jumper winners Lockard and Arledge.

The excitement will continue this week at the 63rd Washington International Horse Show CSI4*-W presented by MARS Equestrian™ running October 26 through October 31, 2021, at Tryon International Equestrian Center (TIEC) in Mill Spring, North Carolina. The nation’s top hunter, jumper, and equitation riders will vie for prestigious titles and the FEI division’s feature will be the Longines FEI Jumping World Cup™ Washington CSI4*-W for the President's Cup presented by MARS Equestrian™ on Saturday, October 30, where riders will compete for coveted FEI ranking points. A full live stream of the show is available on USEF Network, with international FEI jumper classes on FEI TV.