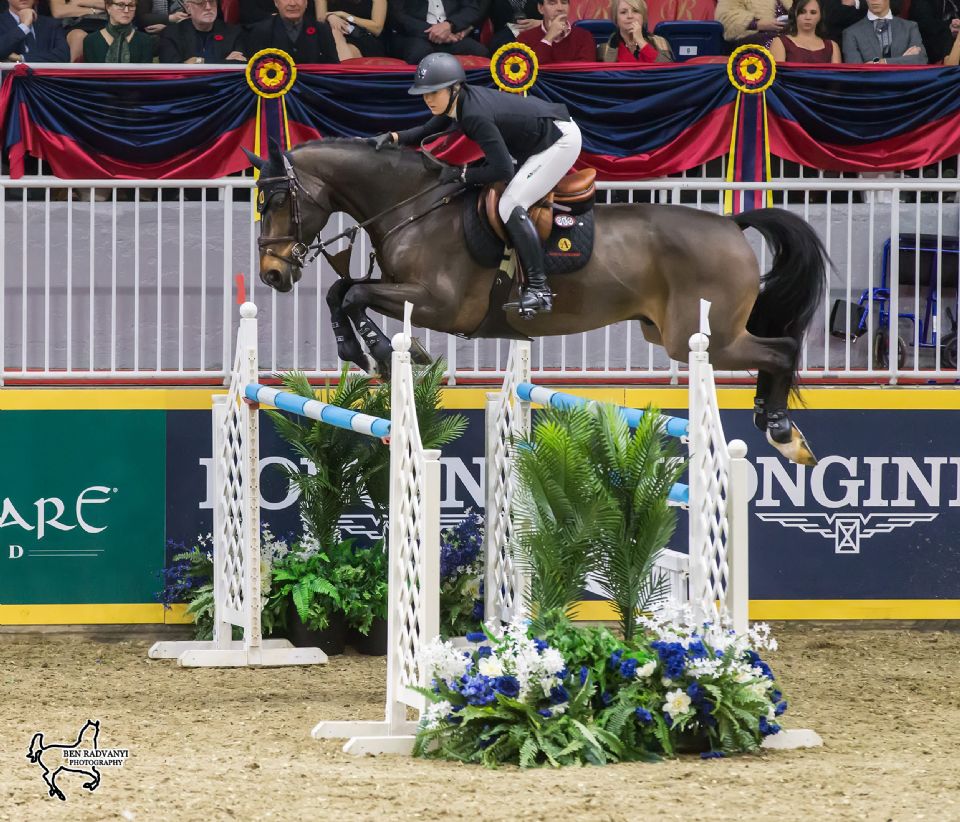 Nicole Walker of Aurora, ON, riding Falco van Spieveld won the $25,000 Canadian Show Jumping Championship – Phase One, presented by Lothlorien, on Friday, November 2, at the Royal Horse Show in Toronto, ON.
Photo by Ben Radvanyi Photography 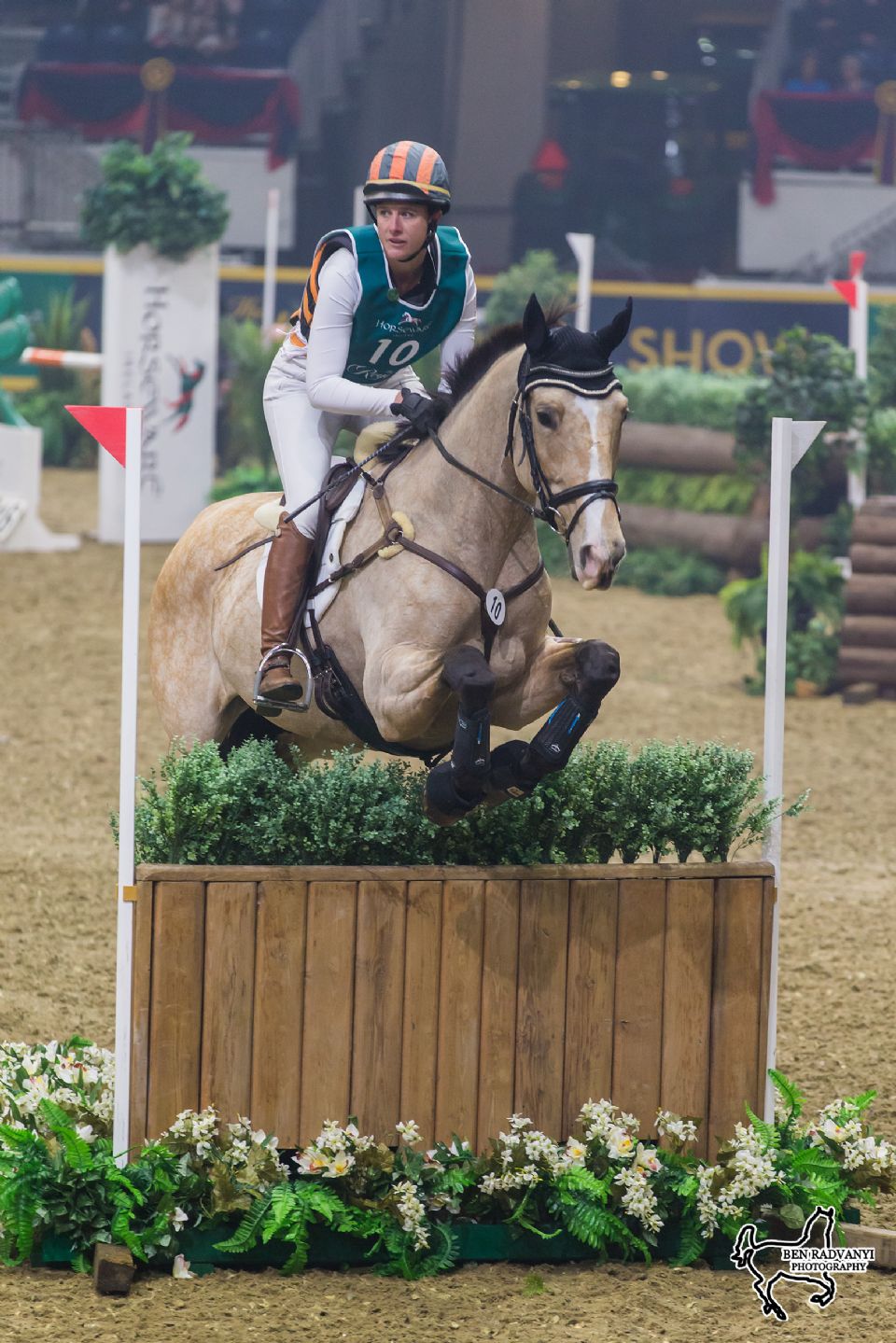 U.S. Olympian Lauren Kieffer made her Royal Horse Show debut a winning one, claiming victory in the opening phase of the $20,000 Horseware Indoor Eventing Challenge on Opening Night of the Royal Horse Show.
Photo by Ben Radvanyi Photography

Nicole Walker of Aurora, ON, opened the Royal Horse Show with a win in the first phase of the $125,000 Canadian Show Jumping Championship held Friday, November 2, as part of the 96th Royal Agricultural Winter Fair in Toronto, ON.

Speed was the name of the game in Friday night’s $25,000 Canadian Show Jumping Championship, Round 1, presented by Lothlorien.  As the final competitor to tackle Irish course designer Alan Wade’s speed track, Walker laid down the winning round, jumping clear in a time of 64.37 seconds with her partner of three years, Falco van Spieveld, a 13-year-old Belgian Warmblood gelding.

“It was nice to be able to watch a couple go since I went last,” said Walker, 24, of being the final competitor on course.  “I knew just how fast I needed to go without risking too much.  Hopefully we will have the same luck tomorrow.”

As the defending Under 25 National Champion at the Royal Horse Show, Walker spoke to her progression from winning in the Under 25 division to winning the opening phase of the Canadian Championships.

“The Under 25 program is a great stepping stone,” said Walker.  “You get to be in [the Coca Cola Coliseum] and be in that kind of pressure situation.  Being indoors is a bit of a different vibe than outdoors.  You really need to be on it.  Just having that experience helped to get to the next level.”

In a sport where men and women compete as equals, it was another young female athlete, Ali Ramsay, 26, who finished runner-up.  Riding Casino, a 10-year-old Oldenburg owned by Ramsay and Angelstone Farms, the Victoria, BC, native also left all the rails in place and crossed the timers in 66.47 seconds. Keean White, 35, of Rockwood, ON, and Leilani left two poles on the ground, but their incredibly fast time of 59.04 seconds held up for third place despite having an eight-second time penalty added for an adjusted total of 67.04 seconds.

Following Friday night’s speed round, horse-rider combinations will return in reverse order of standing to tackle the $100,000 Canadian Show Jumping Championship, Round 2, on Saturday night.  Walker will once again be the final competitor on course, with the Canadian Championship title set firmly in her sights.

Opening night of the Royal Horse Show also featured the $20,000 Horseware Indoor Eventing Challenge.  Making her Royal Horse Show debut, Lauren Kieffer of Middleburg, VA, rode Glendening Avis, a 13-year-old buckskin Canadian Sport Horse mare owned by Callie Evans, to victory in the opening phase of competition.  With a clear round in a time of 90.03 seconds over the course designed by Mark Phillips, the Olympic, World Championship, and Pan American Games veteran now holds the lead heading into the second and final round of competition on Saturday evening, November 3.  Finishing second was Toronto’s own Brandon McMechan riding Oscar’s Wild to a clear round in a time of 92.78 seconds to hold off third-placed Kendal Lehari of Uxbridge, ON, who was also clear riding Totally Frank in a time of 94.30 seconds.

More than 1,000 horses from around the globe will compete for $980,000 in prize money during the 10-day CSI4*-W Royal Horse Show.  VIP Platinum and Gold seating, as well as group and individual tickets, are selling quickly.  All Royal Horse Show tickets include general admission to the Fair. Click HERE to purchase tickets.

For more information on the Royal Horse Show, the marquee event of The Royal Agricultural Winter Fair, please visit http://www.royalfair.org/horseshow.html.