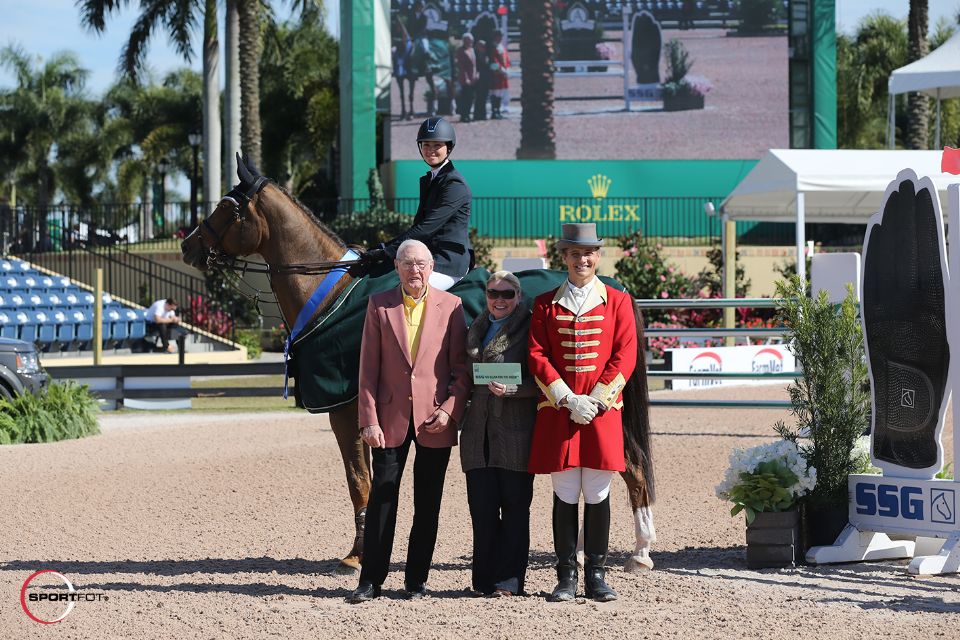 Ed James of SSG Gloves and “Go Clean for the Green” promotion manager Jennifer Ward present Reed Kessler with a $3,000 bonus following her win in the $130,000 Ruby et Violette WEF Challenge Cup Round V on February 11 at the Winter Equestrian Festival in Wellington, FL.
Photo by Sportfot 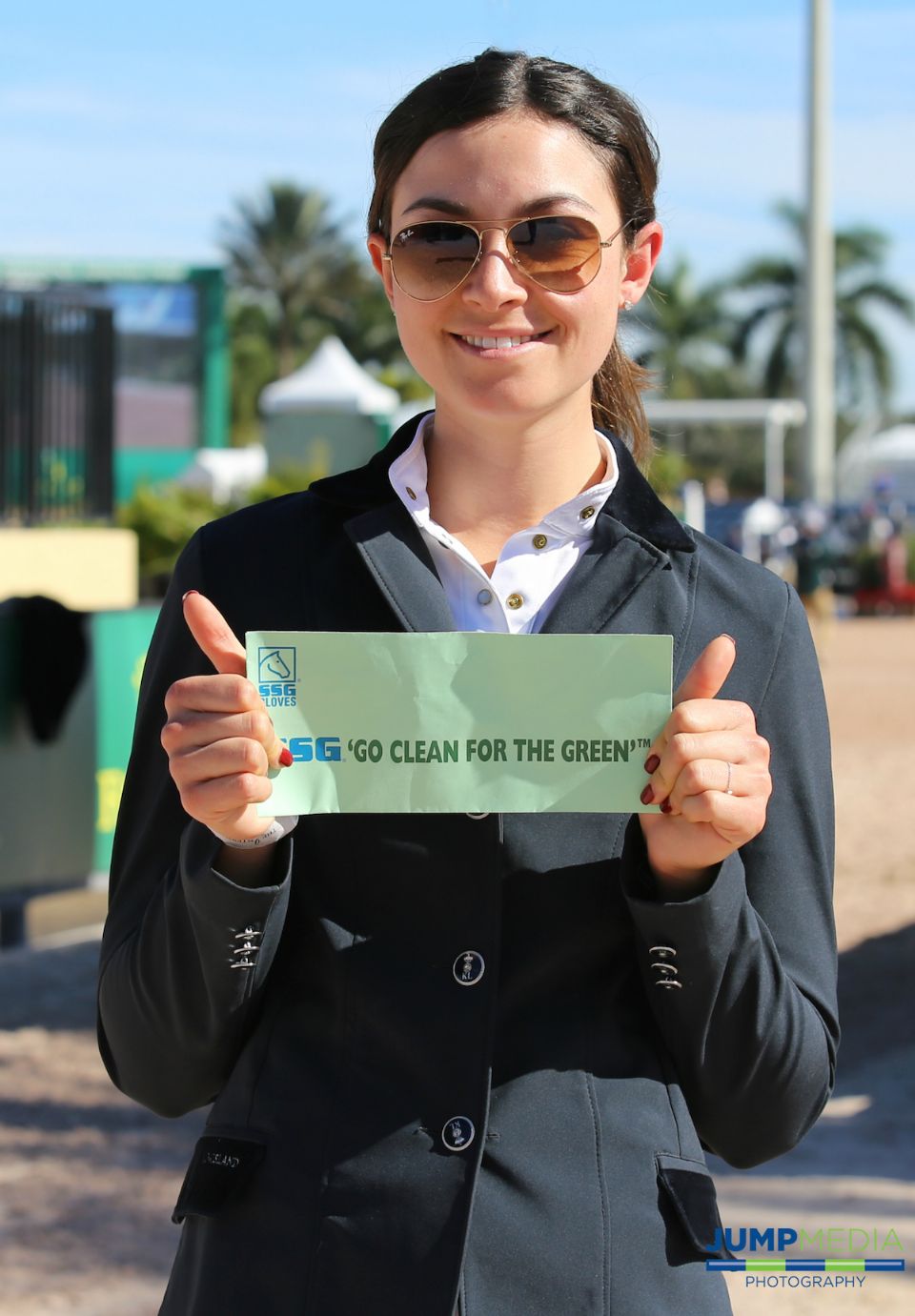 U.S. Olympian Reed Kessler was awarded a $3,000 bonus in the SSG Gloves “Go Clean for the Green” promotion for wearing SSG ‘Digital’ style riding gloves on her way to victory in the $130,000 Ruby et Violette WEF Challenge Cup Round V on Thursday, February 4, at the 2016 Winter Equestrian Festival (WEF) in Wellington, FL.

Week five of the WEF Challenge Cup Series saw 55 entries attempt the track set by 2012 Olympic course designer Robert Ellis of Great Britain.  Kessler was one of 13 riders to advance to the jump-off and returned eighth in the order with Cylana.  Posting another clear round and crossing the timers in 38.03 seconds, she moved into the lead and stayed there for the remainder of the jump-off.

Kessler and Cylana, a 14-year-old Belgian Warmblood mare owned by Kessler Show Stables, are based in The Netherlands.  The pair has returned to U.S. soil this winter to make a bid for the upcoming 2016 Olympic Games in Rio de Janeiro, Brazil.

“The first thing I did when I got here was go to the tack store to get some new SSG gloves.  Now I'm really glad I did!” said Kessler.  “It's a great promotion, and a big thank you to SSG Gloves for their continued support of the WEF Challenge Series.”

Kessler was a past winner in the SSG Gloves “Go Clean for the Green” promotion aboard Cylana in 2012, back when they were Olympic hopefuls.

“It's my number-one goal to make the team again,” said Kessler, 21, who was the youngest member of the U.S. Team at the 2012 London Olympics with Cylana.