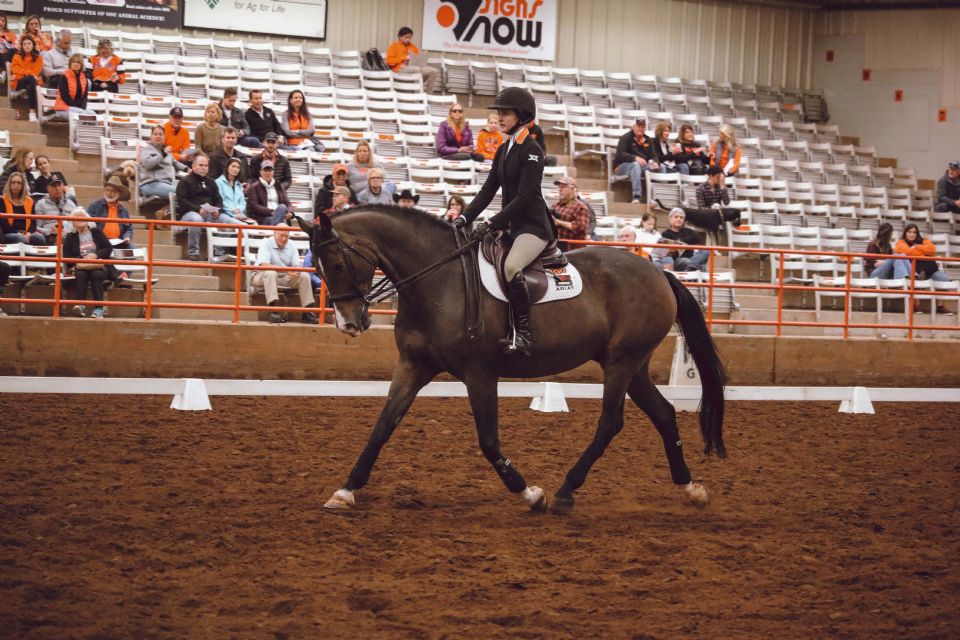 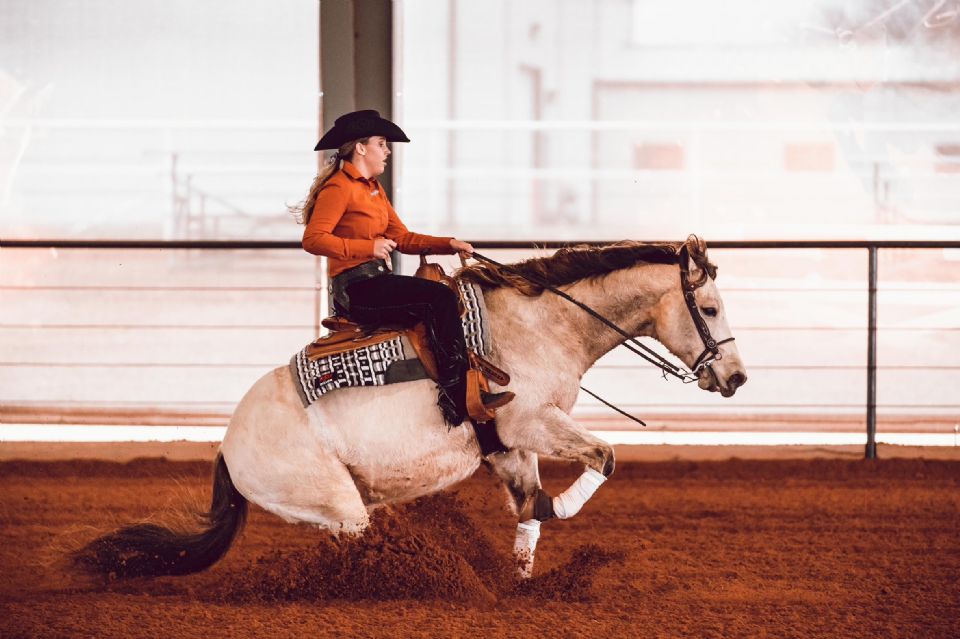 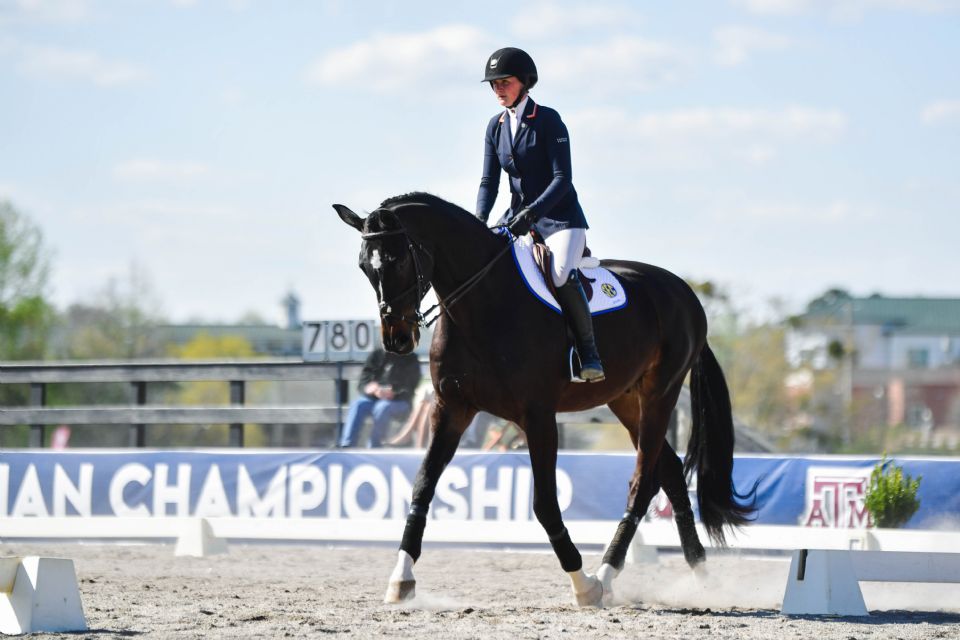 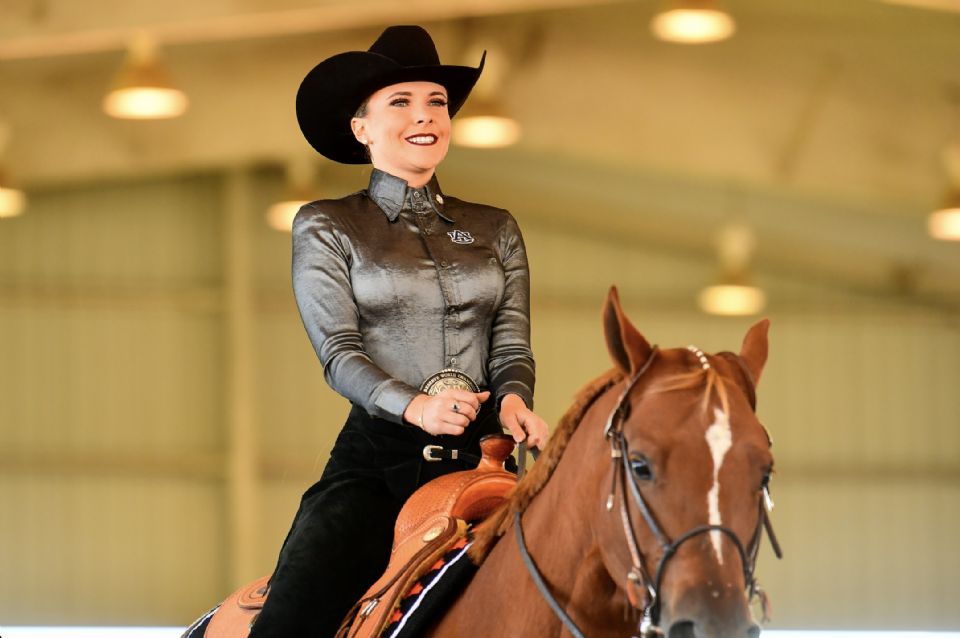 Taylor Searles will be returning for her fourth NCEA National Championship this year.
Photo by Auburn Athletics 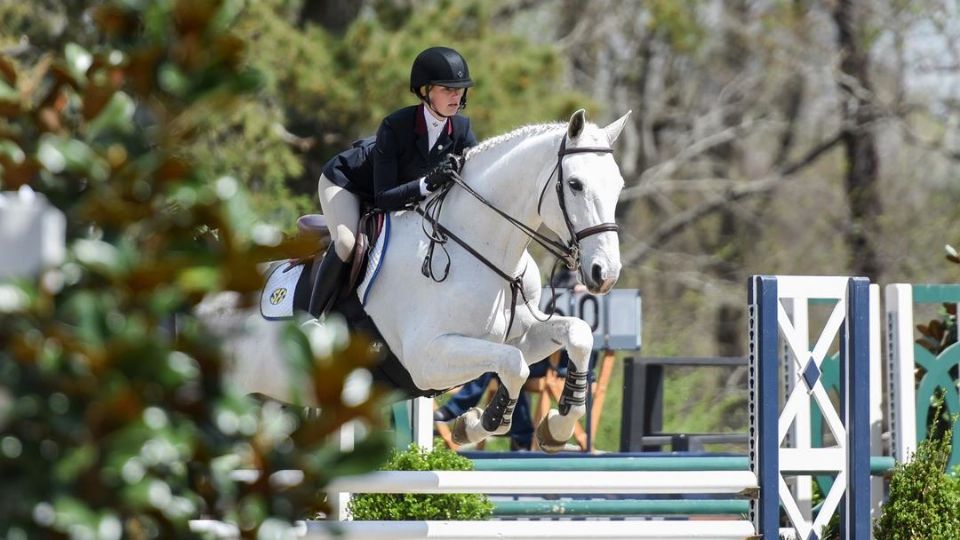 Haley Redifer competing in the Fences event of the Jumping Seat discipline.
Photo courtesy of Texas A and M Equestrian Team 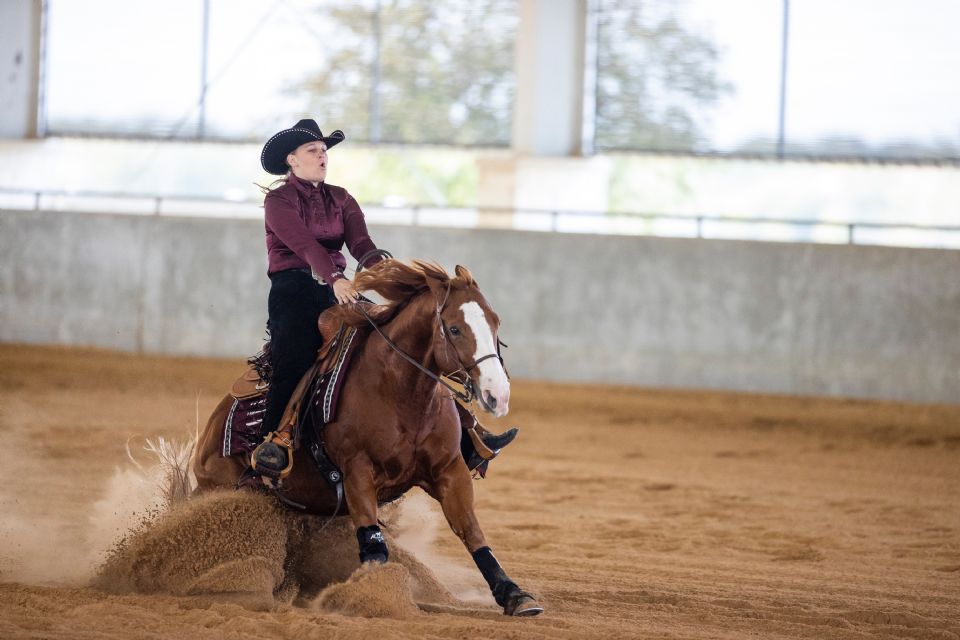 Emmy-Lu Marsh is looking forward to visiting and competing at World Equestrian Center – Ocala for the first time with her team.
Photo courtesy of Texas A and M Equestrian Team

Click here to learn about the NCEA National Championship Format.

The NCEA National Championship will be live streamed on Horse & Country. Visit www.horseandcountry.tv to tune in.

Oklahoma State University, Auburn University and Texas A&M University are three of the top schools in the dual discipline rankings. Riders from both disciplines are looking forward to competing alongside their teammates at the World Equestrian Center – Ocala.

How many NCEA National Championships have you competed in? How do you prepare for the National Championship?
This is my fifth NCEA National Championship. I have been preparing this year by focusing on a lot of strength and conditioning workouts. We have one to two practices a day five to six days a week depending on our schedule. These practices include no stirrups, gymnastics, and a lot of flatwork. In addition, we have strength training twice a week and cardio twice a week to help keep us in good shape. I also practice yoga on my own to help boost my recovery and develop better balance and core strength.

What has been one of your biggest challenges this season?
My biggest challenge this year has been the mental aspect. With school and practice it can get overwhelming at times and hard to stay focused on the overall goal. I have worked against this by taking time for myself to unwind with yoga, taking my dogs for walks, and reminding myself how fortunate I am to be in the position that I am.

What are you looking forward to about the NCEA National Championship being held at World Equestrian Center – Ocala?
I am very excited for the Championship to be held at a new venue this year. The scheduling allows us to watch the entire team compete, which will help us stay more engaged and supportive of each other. I am most excited to spend the entire week with my team at such an incredible facility!

How has your season been this year?
Our season has been the best season that I have been a part of so far. We only lost two regular season meets and just came off a huge Big 12 Equestrian Championship win. I personally have received a couple special awards this season. I was voted to the All-Big 12 Reining team, earned a Second Team NCEA All-American honor, and received the Most Outstanding Performer award during the Big 12 Conference.

What are you looking forward to about the NCEA National Championship being held at World Equestrian Center – Ocala?
I am very excited to be at the facility; it’s such a gorgeous place. I am also just so excited to get to compete with my team for a national title.

How has your season been this year?
This year has been a particularly special season for me. Our team had a bit of a learning curve in the beginning as we all got to know each other and learned to work together as a team. That being said, it has been remarkable watching everybody work so hard and seeing the work start to pay off at this year’s Southeastern Conference Championship. I am hoping we can continue the team’s success at the NCEA National Championship.

Riding is usually an individual sport, what do you enjoy about competing on a team?
It was an adjustment to transition from competing as an individual to being a part of a team. I would say that my favorite part about being on a team is that all the pressure does not fall on you. At the end of the day, you have 40 other girls that win or lose and always have your back. Every girl on your team wants to see you succeed in the arena, classroom and every other facet of life. Knowing you have that kind of support has been really special for me.

What has been one of your biggest challenges this season?
One of my biggest challenges of the season has definitely been adjusting to the fast pace of a regular competition season and school year. Due to COVID-19, I had not had the opportunity to have a full year’s worth of regular schoolwork and team events. Adjusting to having a full competition schedule as well as in-person classes has been a challenging but welcome adjustment.

Riding is usually an individual sport, what do you enjoy about competing on a team?
Riding on a team pushes me to be better each day. We compete together every day in practice, and we are also able to learn from each other. It’s a great experience, and I’ve become a better horsewoman and person in the process.

What are you looking forward to about the NCEA National Championship being held at World Equestrian Center – Ocala?
I absolutely love the facility. I’ve shown my own horse there before and honestly, there is nothing like World Equestrian Center – Ocala. I think having the championship at that venue is great because of the large horse community that surrounds it. I believe it will help the fan base and support for collegiate equestrian grow.

How has your season been this year?
This has been one of my favorite seasons thus far. Our team has really come together and worked hard to create a supportive culture, which has positively impacted our performance throughout the year. We have had one of our best seasons since 2017. We have always been hard workers, but this season, especially, we have taken it to a new level and are ready to show it off.

Riding is usually an individual sport, what do you enjoy about competing on a team?
My favorite part about competing on a team is being able to watch all my teammates ride. I truly love to watch every single person on my team, especially the western disciplines since I am not used to watching them. It is really fulfilling to have competed individually all my life and then come to college and get to share my love of competing with my “Aggie” family. There is no better feeling than hearing my teammates cheer for me and walking out of the ring knowing they are proud of me.

What has been one of your biggest challenges this season?
One of the biggest challenges I have faced this season is preparing for life after I graduate and balancing it with my current responsibilities. I am getting involved in exciting projects outside of riding which requires a lot of attention and time. It has been challenging at times to find the balance between being a competitor and developing professionally in the workforce, but I am slowly figuring it out.

How many NCEA National Championships have you competed in? How do you prepare for the championship?
This is my second time attending the NCEA National Championship and my first time competing. My preparation process is practicing as many times as I can on as many horses as I can so I am prepared to ride all the horses that we haven’t seen yet this season. There will be horses from all of the schools involved in the championship, many of which we haven’t gotten to compete against this year.

Riding is usually an individual sport, what do you enjoy about competing on a team?
It can be nerve-racking to say the least because you are riding for 52 girls as well as yourself. I for one love it because you have those 52 girls put all their trust in you to get your job done and ride your best. It is also amazing that even if you don’t do your best that day, you have your whole team to lift you up and have your back.

What are you looking forward to about the NCEA National Championship being held at World Equestrian Center – Ocala?
I’m really excited to see the facility and get to show somewhere new. This is the first time the NCEA National Championship will be hosted at World Equestrian Center – Ocala, and my first time being there. It makes traveling and competing at the championship just that much more exciting!

The National Collegiate Equestrian Association (NCEA), a non-profit corporation, was created as a governing body to advance the sport of Equestrian for women at the collegiate level. In 1998, Equestrian was identified and adopted by the National Collegiate Athletic Association (NCAA) and the Committee of Women’s Athletics (CWA) as an emerging sport for women at the Division I and II levels. The NCEA, in concert with the mission and vision of the NCAA, is committed to providing collegiate opportunities for female equestrian student-athletes to compete at the highest level. Learn more at www.collegiateequestrian.com.