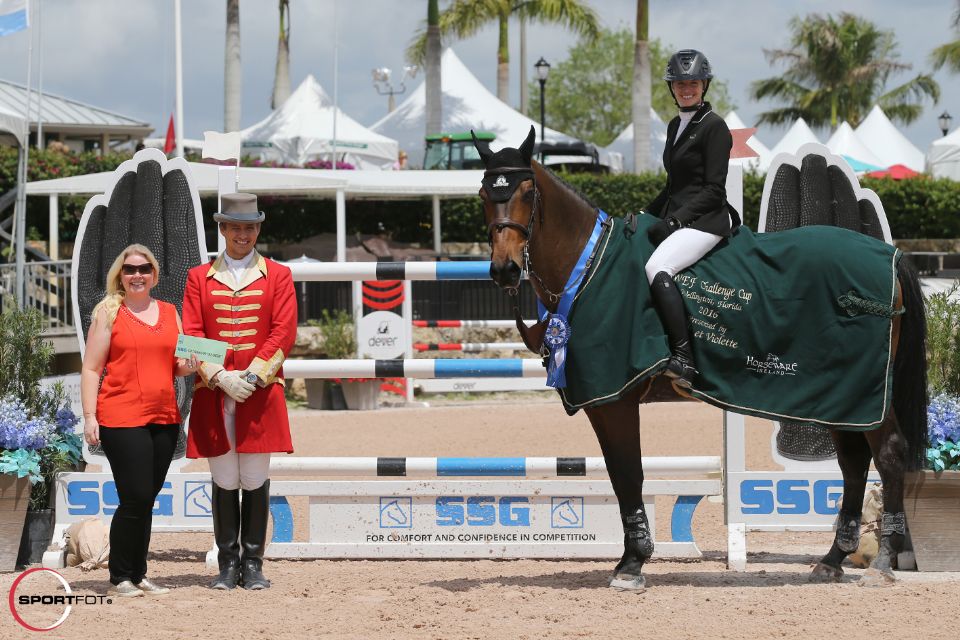 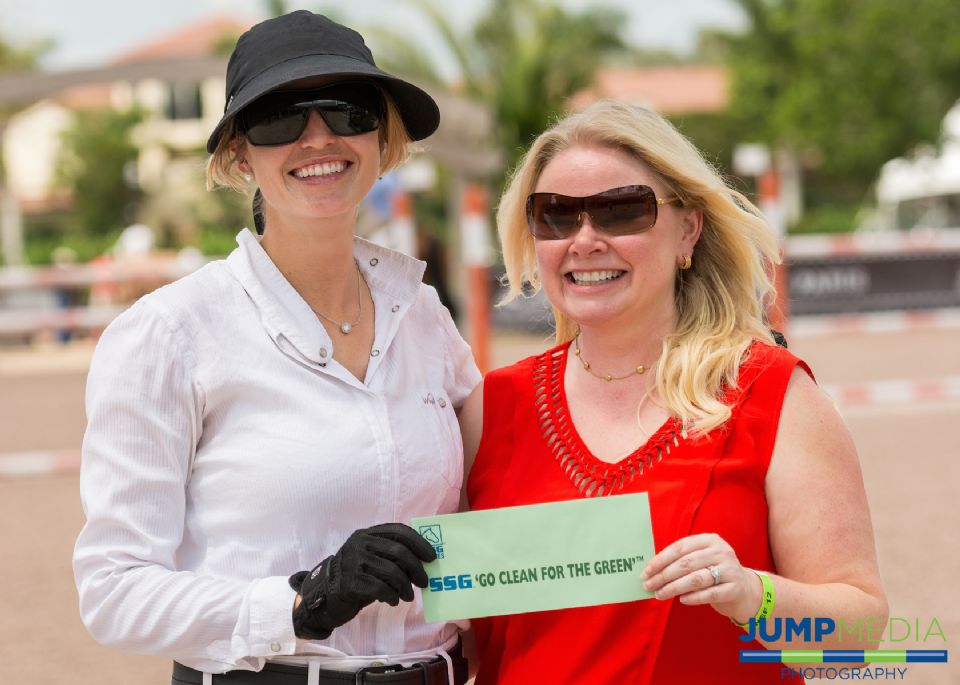 Canadian Olympian Tiffany Foster ended the 12-week WEF Challenge Cup Series on a high note, wearing her SSG ‘Digital’ style riding gloves to victory in the $35,000 Ruby et Violette WEF Challenge Cup Round XII on Thursday, March 31, at the Winter Equestrian Festival (WEF) in Wellington, FL.  For wearing her ‘Digitals’ on her way to the win, Foster secured her second $3,000 bonus of the season in the popular SSG Gloves “Go Clean for the Green” promotion.

Foster and her long-time mount Victor, owned by Artisan Farms LLC and Torrey Pines Stable, bested a field of 38 starters by producing the fastest clear round in an 11-horse jump-off.  Leaving a stride out to the final fence on course designer Anthony D’Ambrosio’s jump-off track, Foster and Victor, a 14-year-old bay Dutch Warmblood gelding (Elmshorn x Grandeur), stopped the clock in 40.22 seconds to take the win over Samuel Parot of Chile who crossed the timers exactly two seconds slower, in 42.22, riding Atlantis.

With two WEF Challenge Cup victories to her credit, Foster's final tally of SSG Gloves bonus money hit $6,000 this week.  She won her first SSG Gloves “Go Clean for the Green” bonus aboard Brighton during WEF Week 8.  With another $3,000 in hand, Foster stressed how grateful the riders are for the promotion and bonus money.

“I think the promotion is a great idea and I would like to thank SSG Gloves,” said Foster of North Vancouver, BC.  “We are really appreciative that they do this promotion because it goes a long way.”

As a Canadian rider herself, Foster is always eager to support Canadian-based SSG Gloves, explaining, “With these gloves being so nice to wear, it's not like doing any extra work at all to win the bonus; I wear them in every class anyway!”

When asked how she plans to spend her bonus money, Foster responded, “I'll probably give some to my groom and buy a lot of carrots for Victor.”

Following Thursday's win, Foster and Victor will cap off the 2016 Winter Equestrian Festival by competing in the $130,000 Suncast 1.50m Championship Final on Saturday, April 2.

“I know Victor very well; we have been together for a long time and he's an old campaigner of mine,” she said of her 2012 London Olympic mount.  “It feels good to win any class here, but it's great to win during week 12 when everyone has their best horses out and the money is up.”

SSG ‘Digital’ Riding Gloves are available for purchase at numerous Wellington locations, including Tackeria, as well as on-site at the Winter Equestrian Festival show grounds at various retailers such as Hadfield’s Saddlery and Running Fox.