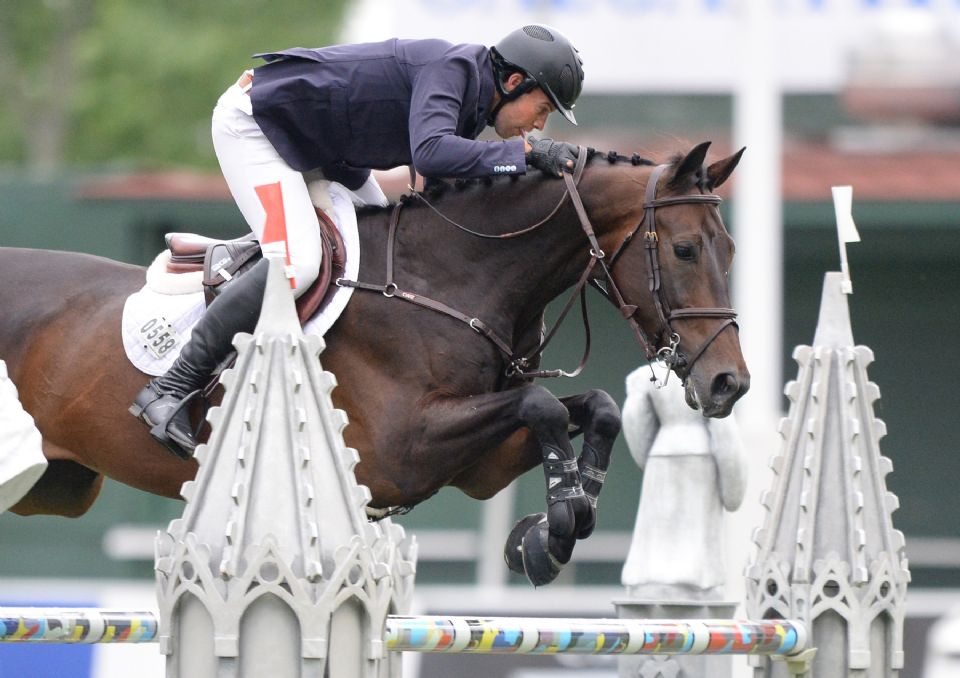 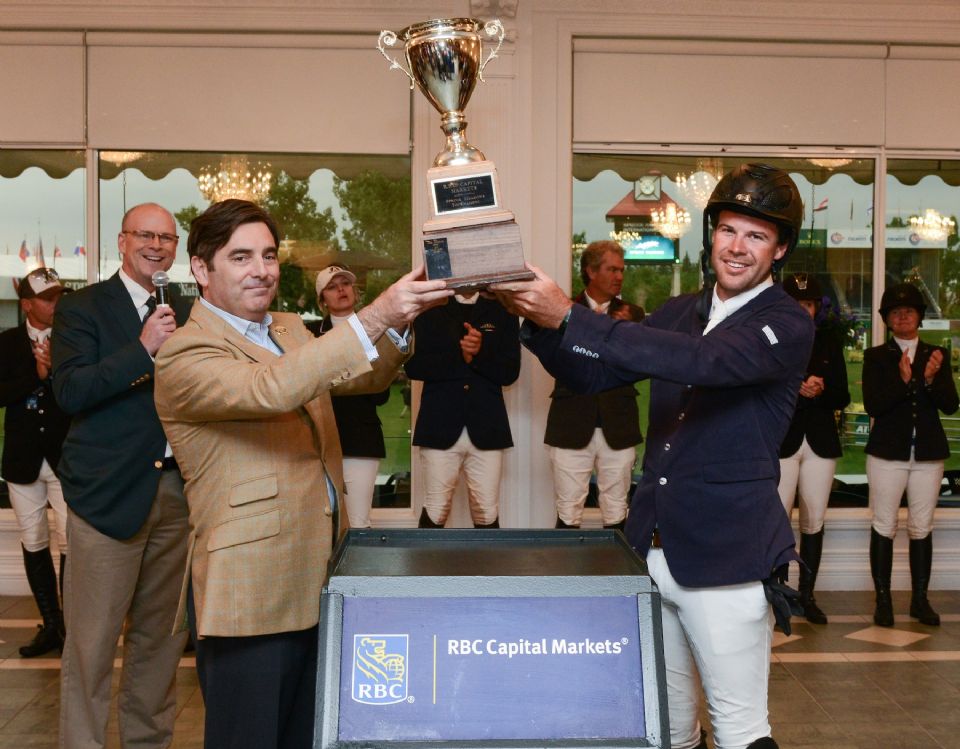 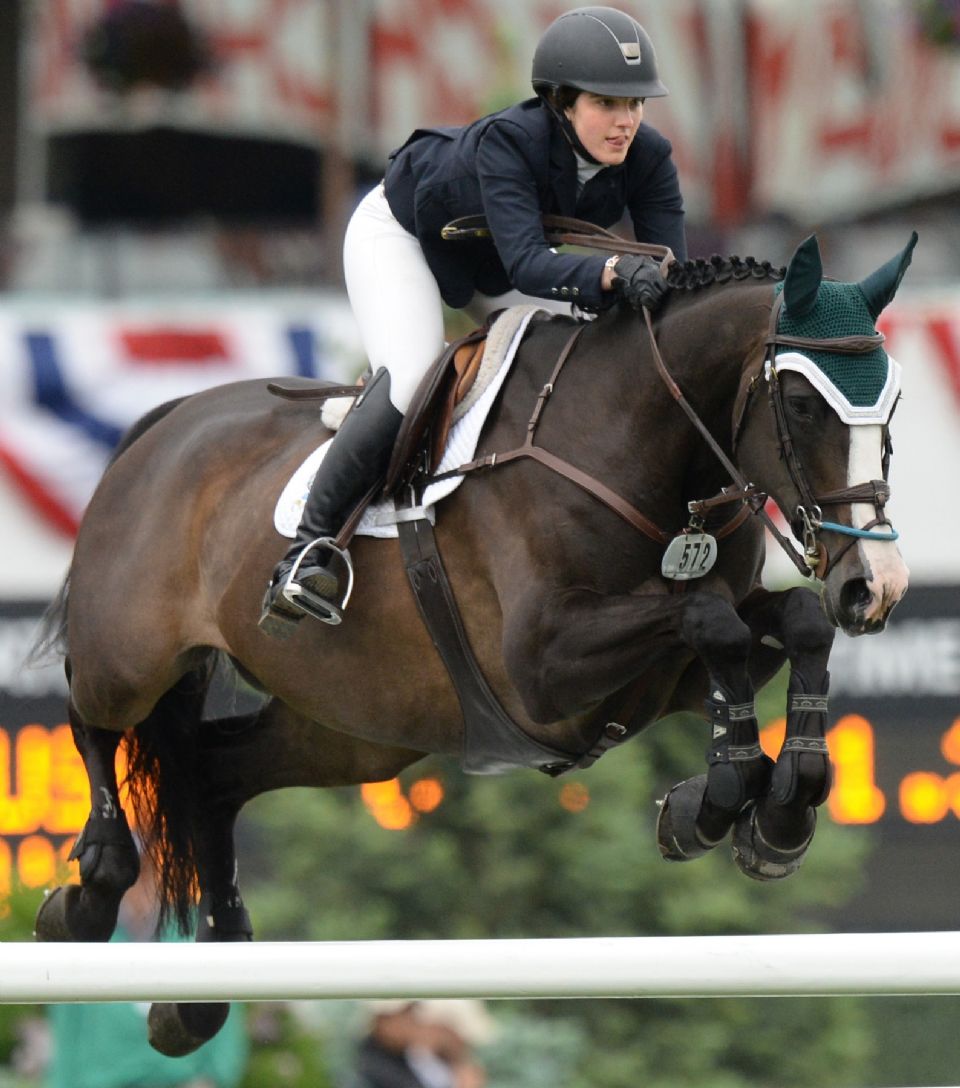 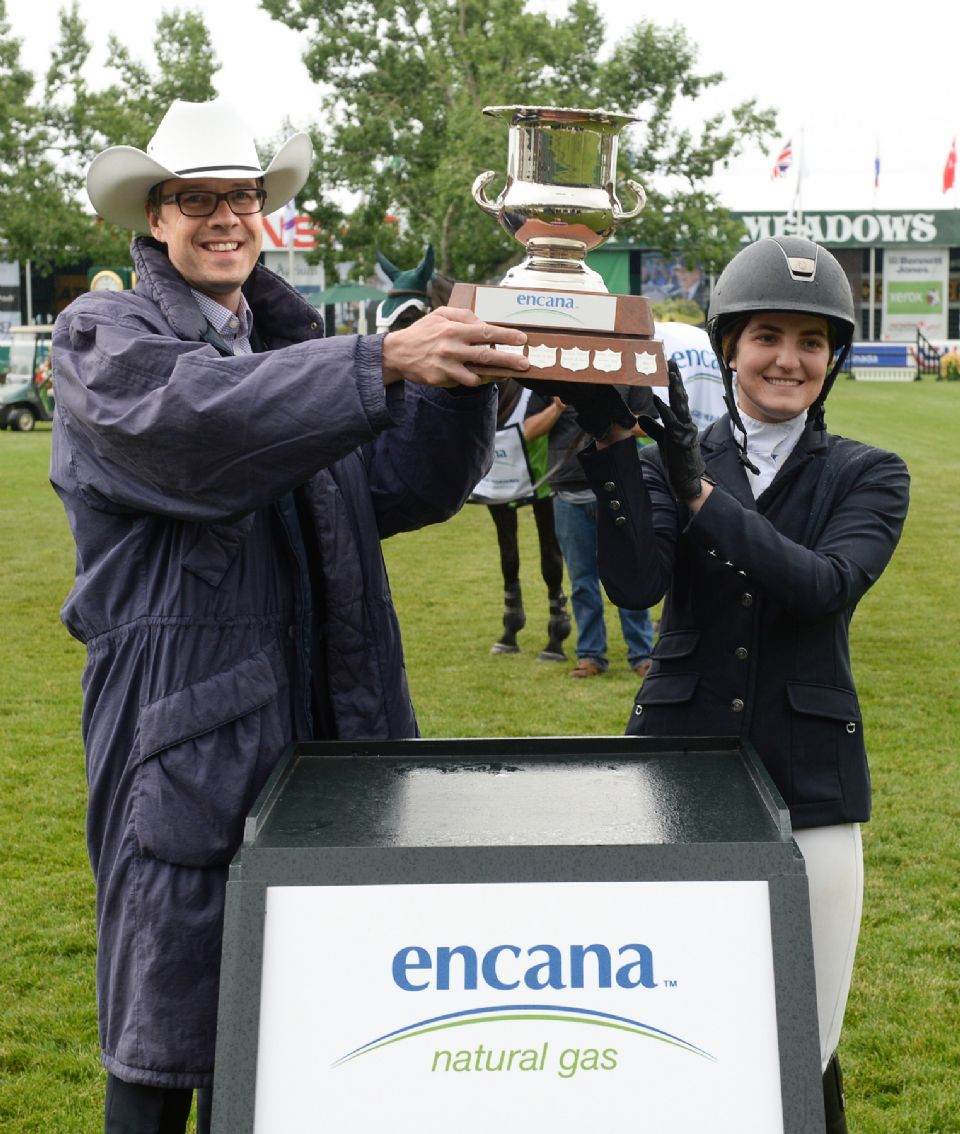 Jack Hardin Towell Jr. of the United States and Lucifer V won the RBC Capital Markets Cup 1.50m on Friday at the Spruce Meadows ‘National’, presented by Rolex. Eric Lamaze (CAN) and Chacco Kid finished second, while Ben Asselin (CAN) was third on Plume de la Roque. Winning for the first time in the International Ring in her first trip to Spruce Meadows, Kelli Cruciotti (USA) rode Chamonix H to victory in the Encana Under 25 Cup, a brand-new addition to the schedule for the Spruce Meadows Summer Series. The CSI 5* tournament continues through Sunday, June 12.

Highlights of the week’s competition include the $500,000 RBC Grand Prix, presented by Rolex, on Saturday, June 11, and the $175,000 CNOOC Nexen Cup Derby on Sunday, June 12. 2016 Olympic Games course designer Guilherme Jorge of Brazil is setting the tracks in the International Ring during the ‘National’, presented by Rolex.

The RBC Capital Markets Cup 1.50m had 21 entries, and eight were clear to move on to the jump-off. Setting the opening pace with a clear round was Tiffany Foster (CAN) on Cadalora, who stopped the timers in 45.02 seconds. They would eventually finish in fourth place.

Calgary’s own Ben Asselin and Plume de la Roque lowered the winning time down to 44.00 seconds to hold onto third place. Patricio Pasquel (MEX) and Candela slipped into fifth place with a time of 45.69 seconds.

Eric Lamaze (CAN) and Chacco Kid made a bid for the win with a speedy time of 42.61 seconds, but it was last to go who proved to be the best. Jack Hardin Towell Jr. and Lucifer V, a 10-year-old Westphalian gelding (Lord Pezi x Grandeur) owned by Jennifer Gates, put the pedal down to win in 40.96 seconds.

“I was lucky enough to go last and see him go,” Towell said of Lamaze. “My horse is naturally quick, so I went quite fast. I knew what I had to do, and I thought I did enough. Luckily the last two jumps I caught right out of stride. My horse is very naturally quick. I gave it a shot, and it worked out.”

This was the pair’s second win of the week, having previously topped the Back on Track Cup 1.50m. Towell has stepped Lucifer V, his top horse, down to the 1.50m competitions this week and focused on his other horse, New York, for the grand prix.

Towell noted, “After World Cup Finals, it didn’t go the way I would have liked, so maybe I lost a little confidence in myself and Lucifer. It’s nice to go back down and gain confidence again. My plan is to do him in the grand prix next week. I entered him in the right classes. Now I have a lot of confidence in him going into next week.”

Lamaze may have a new star in Chacco Kid, but he did not go all out in this jump-off.

“Hardin is a very fast rider, and I knew that perhaps I left the door open,” he conceded. “In my case, I felt like I asked as much out of my horse tonight [as I could]. If I went after Hardin tonight, I don’t think much would have changed for me. It’s a new horse for me that I’m really happy with, that I love, so I’m a bit cautious. But I thought I put enough pressure to make him run, and at that point anything can happen.”

Lamaze termed Chacco Kid as a “great one,” and added, “He has everything to me that great horses do. After that, he has to prove me right, but I’m really excited about this horse. Winning or not, I was very excited about his jump-off.”

Asselin also felt that he could be caught when he came out of the ring after his jump-off ride. He said, “My horse jumped fantastic. I was fast enough, but I knew there was quite a bit left on the table. I was slow to the Chinese oxer and then also to the double. I was thrilled with the way my horse jumped.”

He has been riding Plume de la Roque for just over a year, and their partnership has taken time to develop.

“It took me quite a long time to get in tune with her,” he revealed. “This coming year we’ve really started to click together. It’s quite exciting. She had some great results, like earlier this year in Mexico, and she feels on form for the rest of the circuit.”

There were 30 entries in the Encana U25 Cup 1.45m, a new competition added to the schedule for the Spruce Meadows Summer Series. Showcasing the best young riders in the sport of show jumping, the competition had 10 go clear to contest the jump-off with seven double clears.

The fastest in that second round was 18-year-old Kelli Cruciotti (USA) on Chamonix H, a 15-year-old Swedish Warmblood mare (Equest Carnute x Caletto II) owned by Serenity Equestrian Venture. They sped through the shortened course in 34.80 seconds for a decisive win.

“I am typically a very slow rider, and we’ve been working on really going for it, not trying to set up so early,” Cruciotti explained. “My trainer Peter Lutz told me the plan. When you have ten in the jump-off, you just kind of have to go for it. Originally my plan was to go inside the open water to the vertical, and it really wasn’t there, so I kind of called an audible and zipped around. Luckily [then] it was right there. To the last jump as well, it was my plan to go as fast as I could with leaving all of them up.”

Cruciotti and Chamonix H have plenty of experience in U25 competition, having won the Artisan Farms Under 25 Grand Prix Series at the 2016 Winter Equestrian Festival. Cruciotti was the youngest rider in the Encana U25 Cup, and this was her first time competing at Spruce Meadows.

“It was a feeling like no other,” she expressed. “I was fortunate enough to have a very seasoned horse, but you’re still nervous when you go into a ring like that. It’s very intimidating walking through the clock tower. She jumped incredible in both rounds.”

The Under 25 competitions have become popular at major events in North America, and Cruciotti felt it was a special addition to Spruce Meadows.

“It’s such a fantastic idea for Spruce Meadows to do this. It’s such a good opportunity for riders to gain this valuable experience and yet not be put in with riders of such high experience,” she said. “The classes are equally as hard; there are lots of fantastic horses with fantastic riders. It’s definitely still a challenge. When you go into the ring and you’re in with everyone else, it’s a bit intimidating, but this lowers it just a little bit. It’s such high standard of sport and top show jumping [here].”

Cruciotti has been riding Chamonix H for four years and called her a “real horse of a lifetime.” While her horse is only three years younger than her, the experience has helped her grow as a rider. “She loves this just as much as I do,” she said. “Even though she’s 15, I feel like she’s found her second wind, if you will. I believe in her, and we feed off each other. She gives you that extra oomph that you want to win and be competitive. It really helps when you have a horse like that.”

Cruciotti will continue competing at Spruce Meadows for the remainder of the Summer Series and plans to compete in each of the U25 competitions held at the four tournaments.

“It’s an incredible venue. It’s fantastic that the sponsors, Encana, put this on, and everyone at Spruce Meadows. I’ve never been at a horse show like this in my life,” she said.

Five different countries were represented in the inaugural U25 competition at Spruce Meadows. The decision to add it for up-and-coming grand prix riders was an easy one, said Spruce Meadows Senior Vice-President Ian Allison.

“It seemed natural, particularly on our tournament schedules, with the big horses having Friday night off,” he said. “It allows the young riders a chance to come in and feel a little bit more at ease, but also step up to a level with one less element of pressure. They’re not taking on Farrington, Lamaze, Millar. We thought we would try it. We were delighted that we had 30 entries, it was very international, and it was a good competition. We like all of those things that represent what we’re trying to be. It’s something that we think will allow the young stars to gain valuable experience. It was a legitimate FEI competition.”