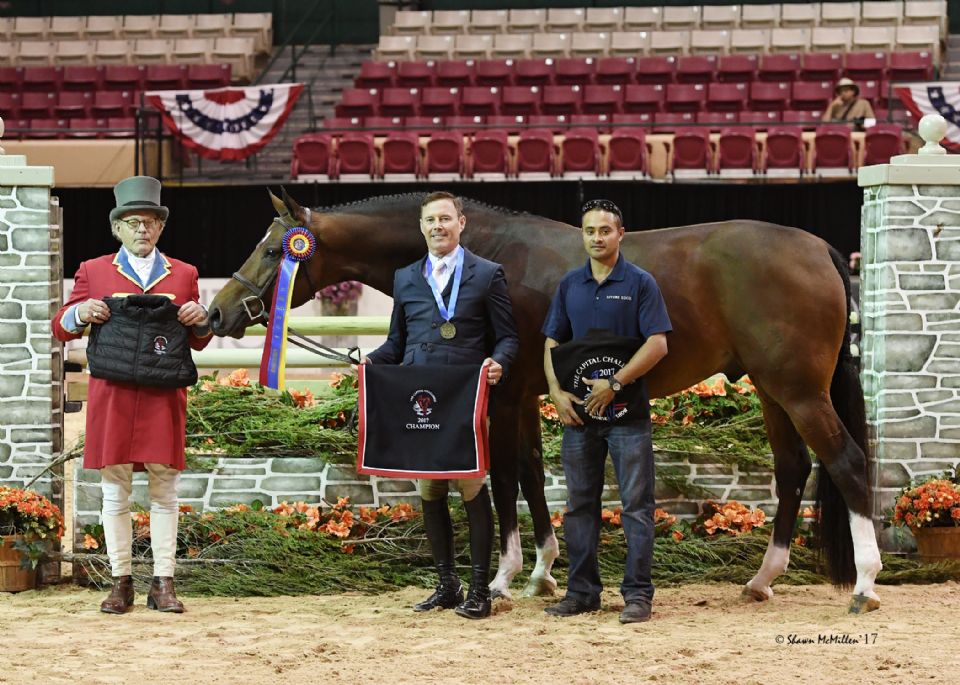 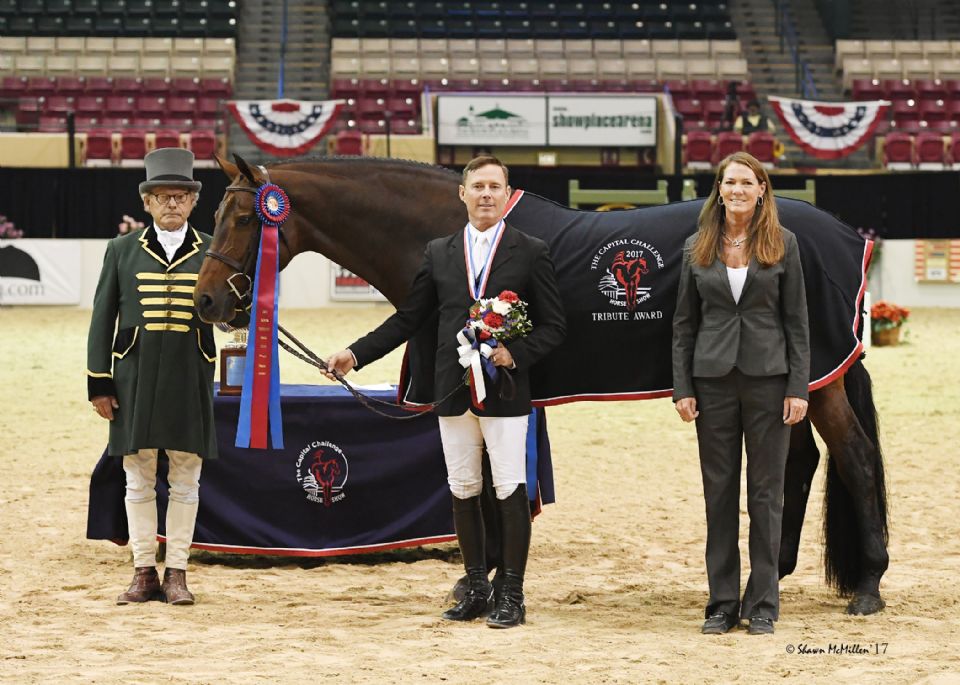 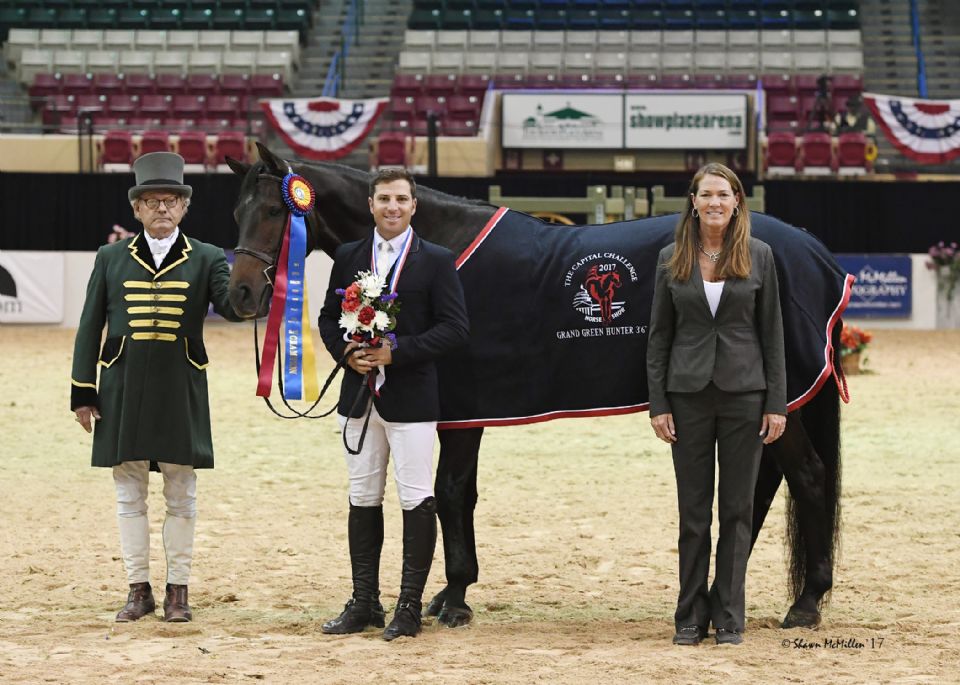 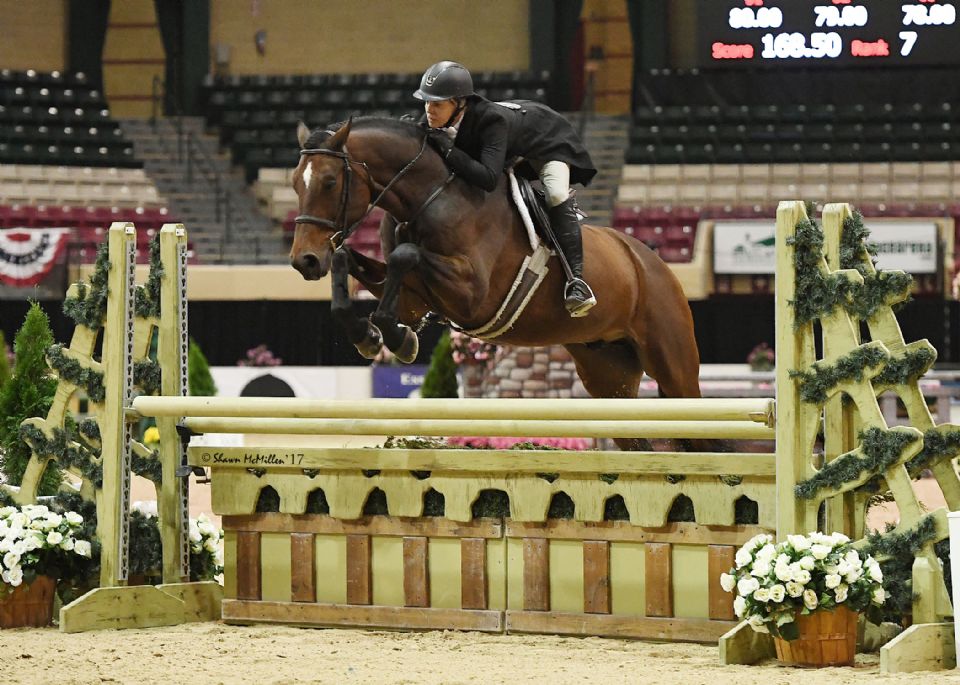 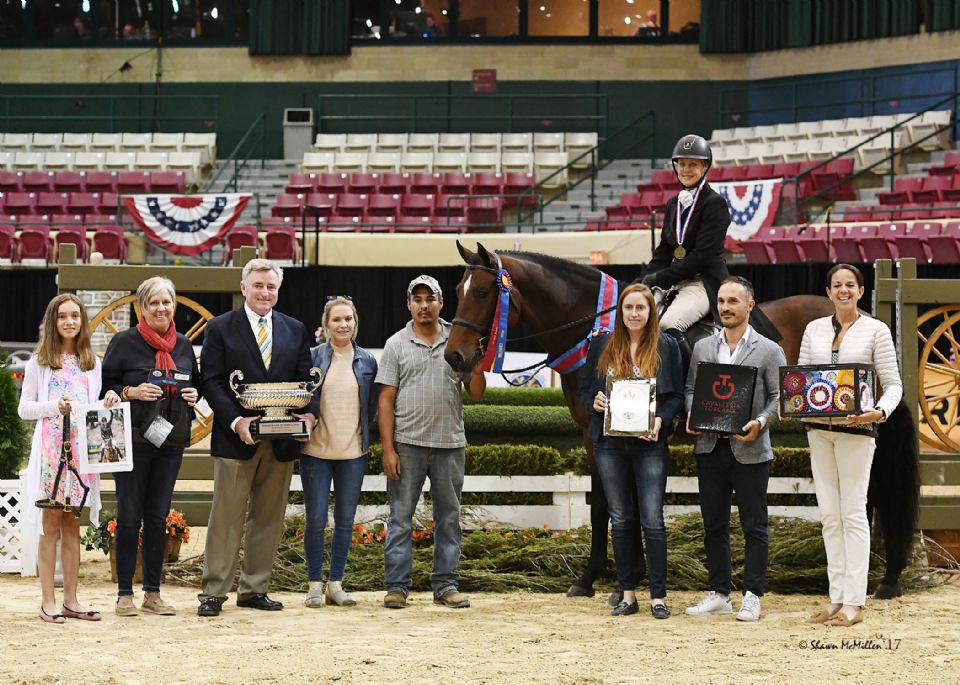 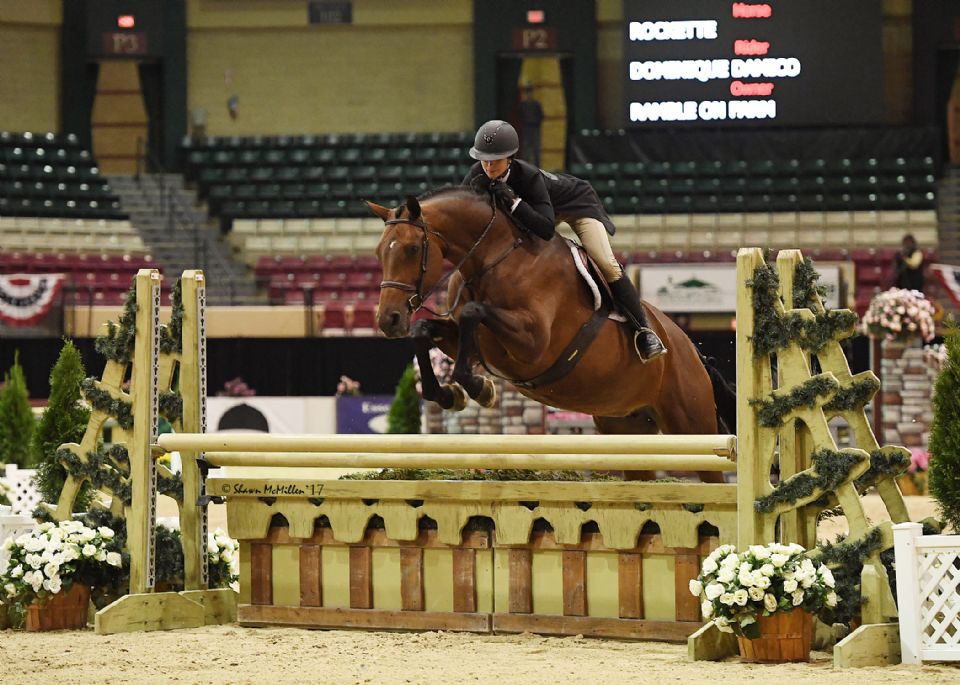 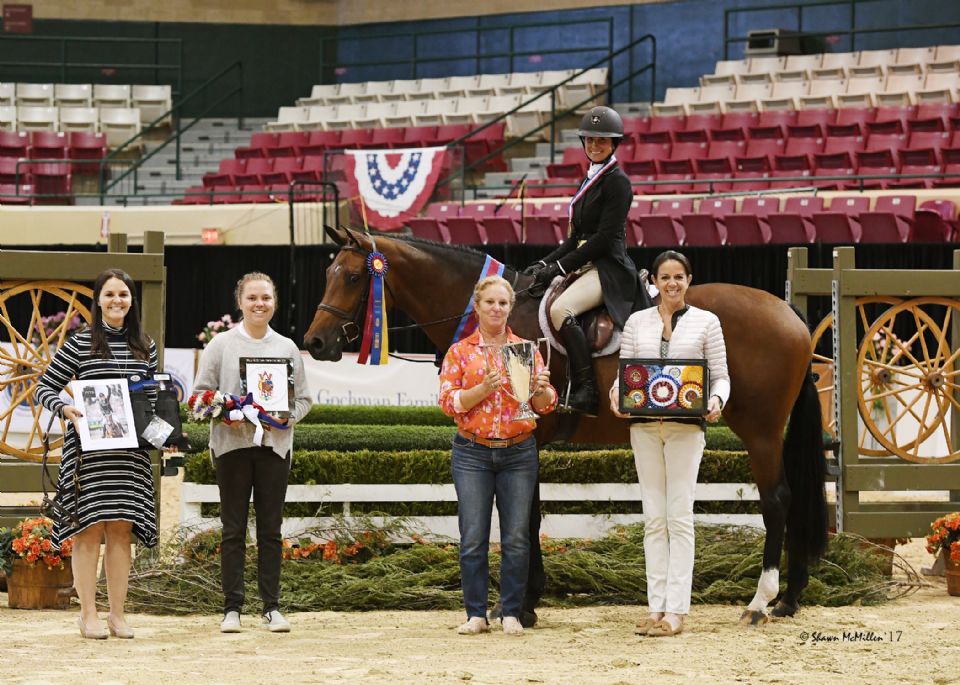 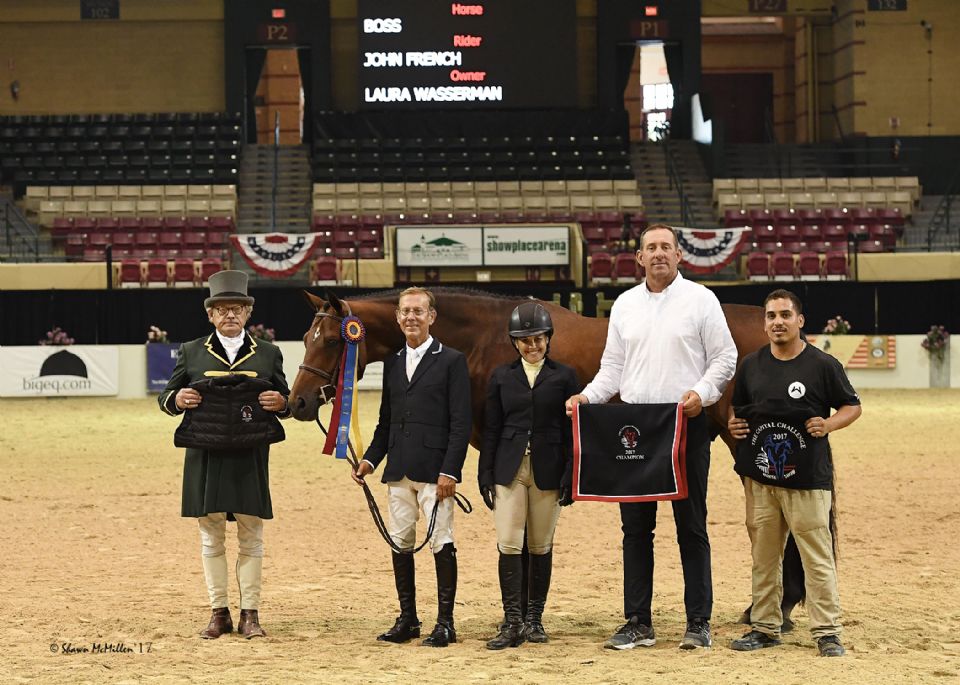 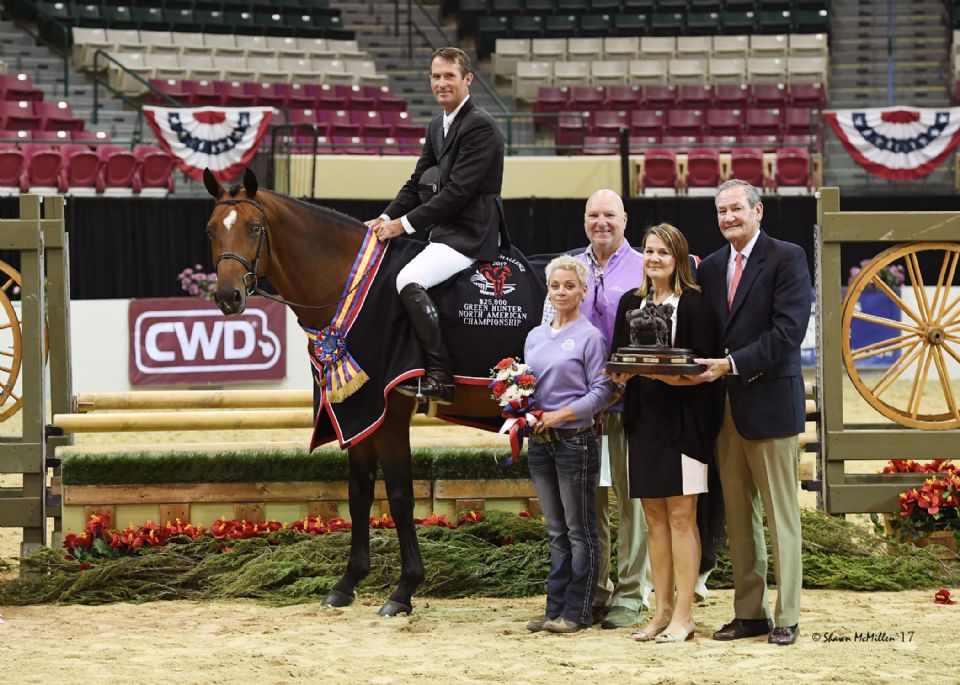 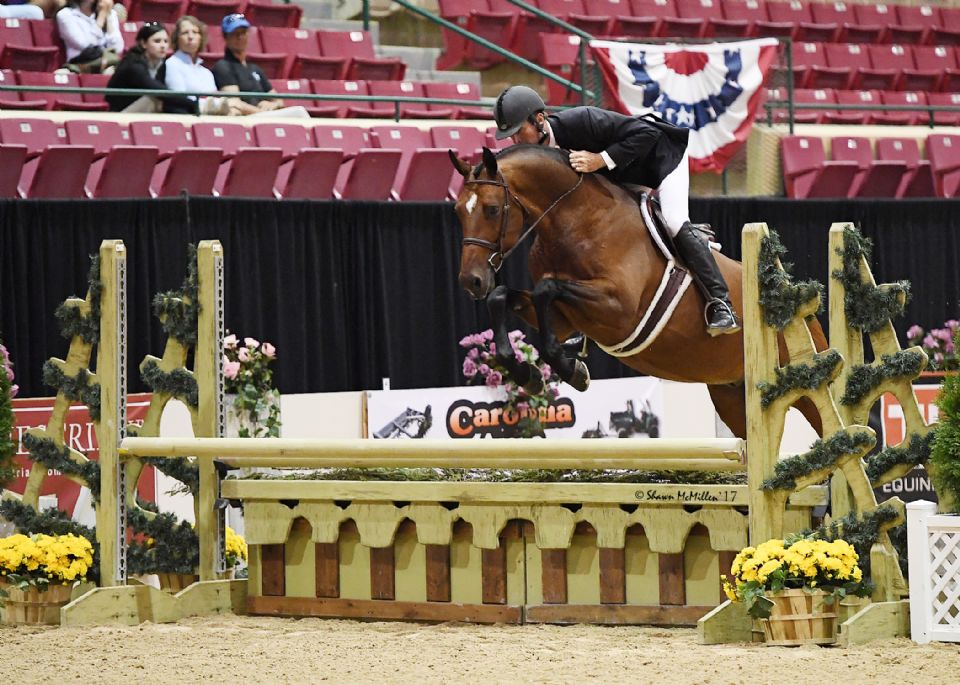 Hunt Tosh and Lights Out.
Photo by Shawn McMillen Photography

The $25,000 WCHR Professional Challenge had 31 entries in the first round, which ran on Wednesday afternoon. Twelve returned for the second round in the evening session.

Fenney, of Flower Mound, TX, and MTM Outbid went tenth in the order and had a fantastic opening round. With an average score of 90, they sat in second place going into the night class. Fenney was happy that she did not have to go at the end of the class.

She explained, “I think that’s to my benefit, to watch one and then go get ready and do the course. The jumps are so beautiful, and they do such a wonderful job here [at Capital Challenge]. The grounds and everything is so nice; it just feels important to be here.”

Coming back for the second round later at night, Fenney said she was pleased not to be leading the class.

“I don’t like going last because that’s a lot of pressure,” she remarked, “so I was kind of glad Louise beat me in the first round. I was like ‘good, I don’t have to go very last,’ because I tend to screw up the second round.”

They were stellar in round two, receiving scores of 93, 93, and 95 for an average of 93.66 and a total of 183.66 for the win. For their victory, Fenney and MTM Outbid were presented with the Little Brook Trophy donated by Gary Duffy and Little Brook Farm.

“He’s always been very brave at everything he does,” Fenney said. “Since he’s been a baby, we’ve really liked him. He’s just really easygoing and likes to do his job and likes to jump and does it easily. I don’t think there’s a jump he can’t jump.”