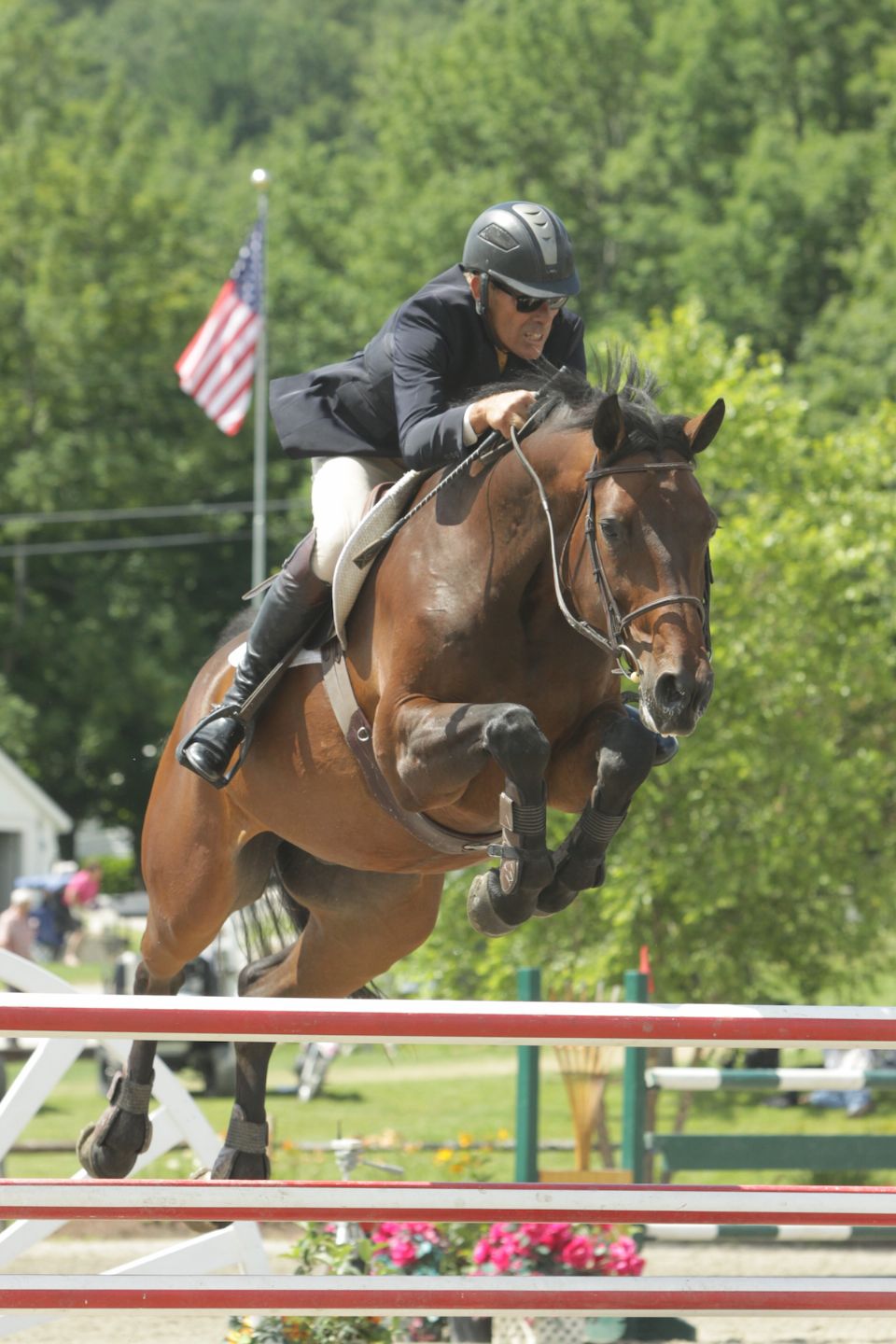 Ian Silitch and Cordovo on their way to victory in the $10,000 Vineyard Vines Welcome Stake, presented by Manchester Designer Outlets, on July 23 at the Vermont Summer Festival in East Dorset, VT.
Photo by David Mullinix Photography 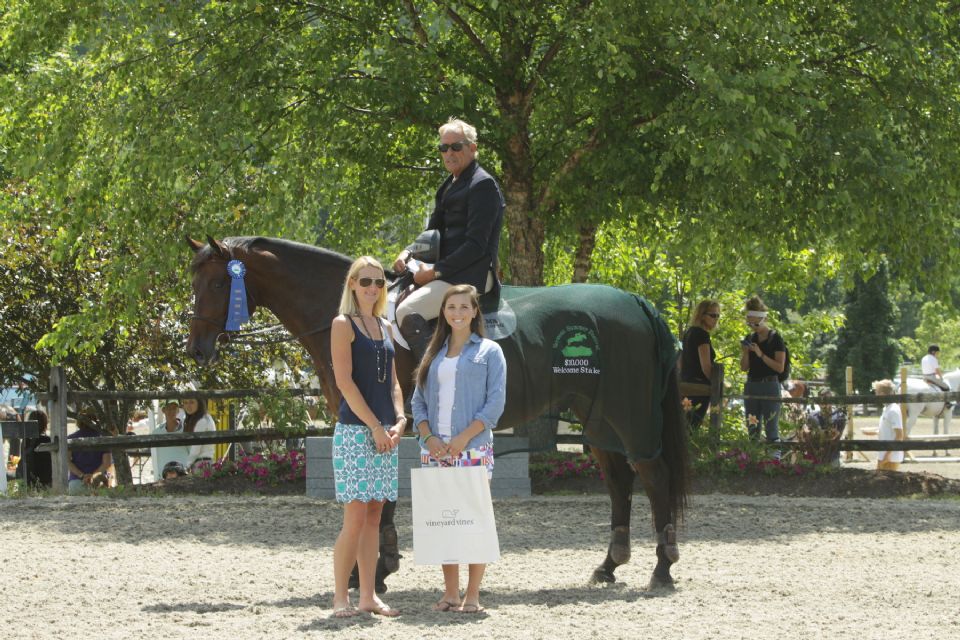 Ian Silitch of Ocala, FL, and Cordovo, owned by Gaston Family Investments, LLC, galloped their way to a win in the $10,000 Vineyard Vines Welcome Stake, presented by Manchester Designer Outlets, on Thursday, July 23 at the Vermont Summer Festival in East Dorset, VT. The Vermont Summer Festival runs for six consecutive weeks at Harold Beebe Farm from June 30 through August 9.

Seven horses advanced to Thursday's immediate jump-off over tracks set by Steve Stephens (USA). Courtney Boyd of Wellington, FL, set the pace in the irons of Acobella, owned by Cynthia Scott, with a clear effort over the short course in 40.60 seconds. Julie Welles of Wellington, FL, contested her time two trips later with Bazooka De Muze for owner Missy Clark and North Run. Their clear jump-off trip in 35.17 seconds took over the lead, which sat at the top until the last go of the 13-horse order.

Silitch and Cordovo, a 10-year-old Holsteiner gelding (Contender x Erania), entered the ring and had both the speed and the scope to take the lead. They jumped double clear in 33.98 seconds for the win, bumping Welles and Bazooka De Muze to second.

Cordovo celebrated a birthday win after turning 10 on July 17 and Silitch commended the gelding on how far he has come in the nearly two years he has had the ride.

“We bought him young, but he has come a long way and is always willing to give it a go,” he said. “We've had a lot of fun with him so far.”

While Cordovo was all business in the ring, his personality shines in the barn aisle, according to Silitch.

“He's always in your pocket – I think he would like to be a poodle and sit on someone's lap all day,” he said. “Knowing that, you would think he'd be like a school horse, but you need to ride him. Once you do he's easy and kind. Last year I rode with a dislocated shoulder and we got ribbons in Vermont with one arm.”

Silitch has had his fair share of experience riding courses built by Stephens and stated that Thursday was consistent with his typical style.

“It wasn't too big, but he always makes it interesting enough – you better make sure you have your riding pants on because he'll never let you not ride,” said Silitch.

Coming off several top finishes in Virginia, Silitch will campaign Cordovo at the Vermont Summer Festival for the next two weeks.

“It's nice at 55 to be back on top again,” concluded Silitch with a laugh.

In addition to their share of the prize money, the top two finishers were presented with awards from Manchester Designer Outlets in Manchester, VT. Silitch claimed a $1,000 gift card from Vineyard Vines, while Julie Welles was awarded $100 to Polo Ralph Lauren for second-place honors.

“It is a very special thing that sponsors like Vineyard Vines get involved in the Vermont Summer Festival,” said Silitch. “The prize money is nice, but we are very grateful for what sponsors do for us as riders, as well as our owners.”

High-stakes competition will return to the Grand Prix Arena in Vermont on Saturday as jumper riders compete for the big prize in the $30,000 Mount Equinox Grand Prix, presented by Purina Horse Feed.