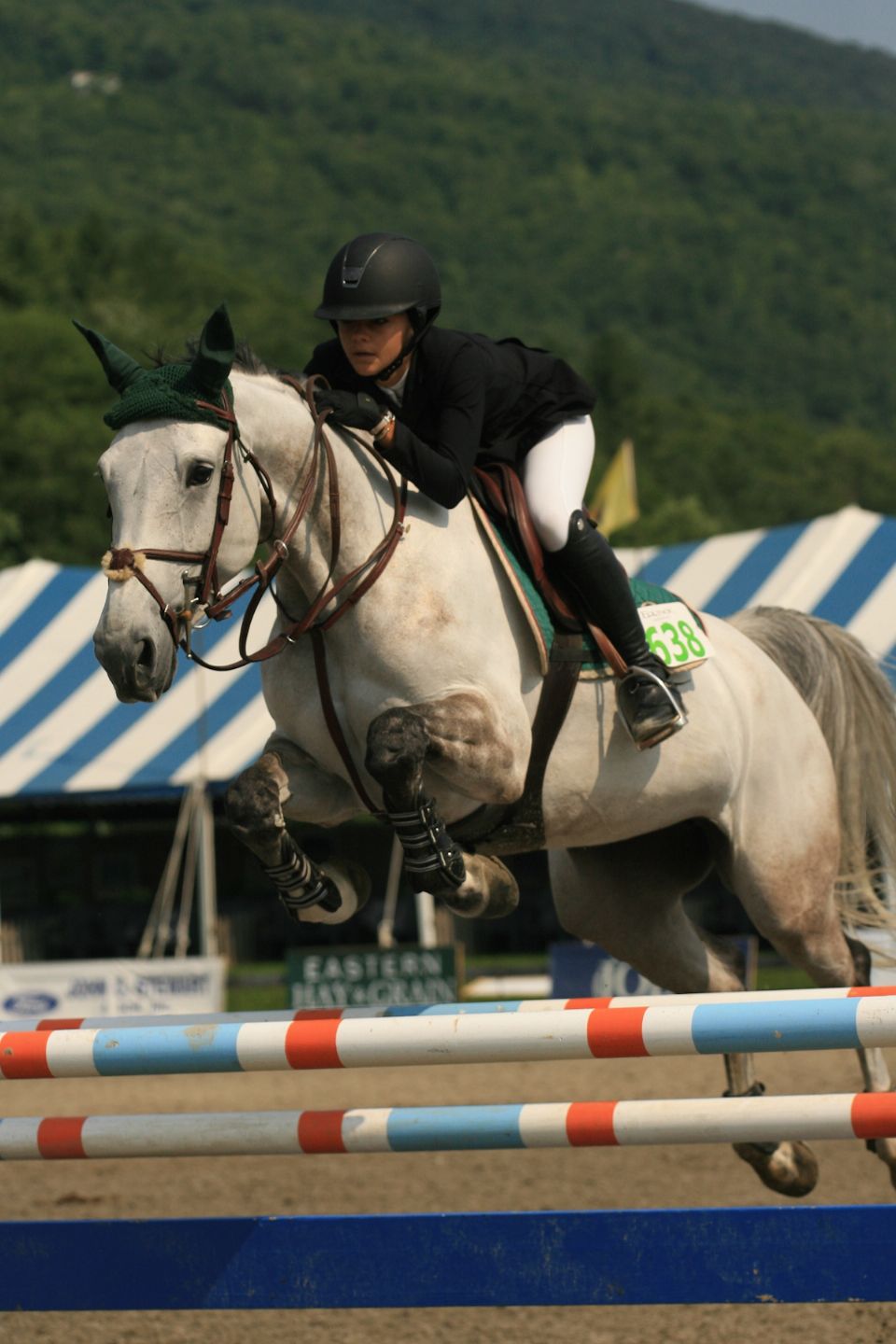 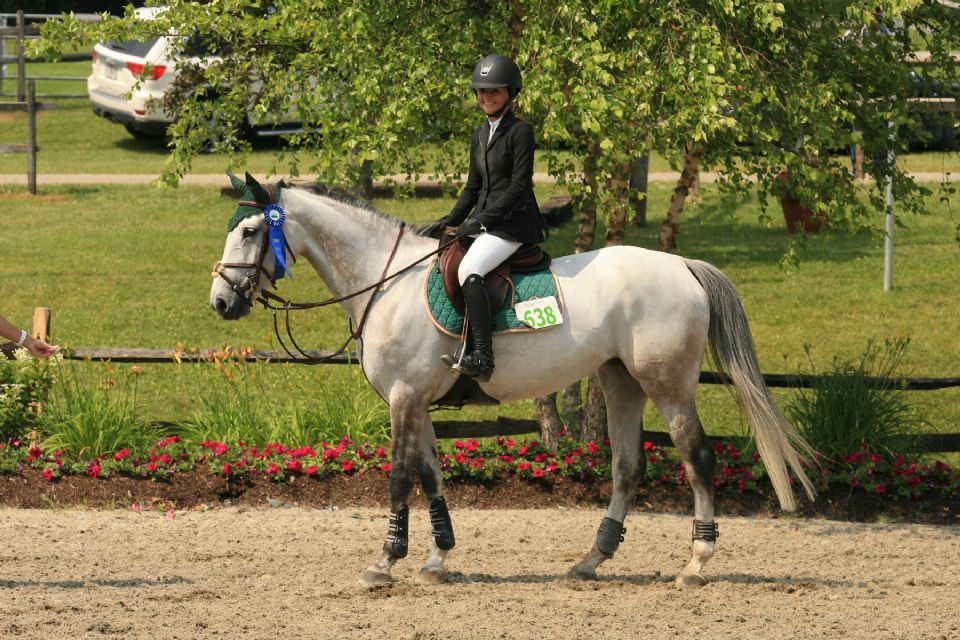 Hannah Lupica of New Canaan, CT, and her own Hypnose Van Paemel cruised to a win in the $1,500 Marshall & Sterling Children's Jumper Classic on Sunday, July 12, to wrap up the second week of the Vermont Summer Festival. The Vermont Summer Festival runs for six consecutive weeks, from June 30 through August 9, at Harold Beebe Farm in East Dorset, VT.

Lupica was the fastest of three double-clear efforts over courses set by Michel Vaillancourt (CAN). She and her eight-year-old Belgian Warmblood mare won out over a 17-horse field and bested ten pairs in the jump-off.

After six trips, Ariana Morales of Shrewbury, NJ, was the first to jump the short course without fault in the irons of Leon, owned by Luke 3:11, LLC. She took the lead in 41.52 seconds, but her time at the top didn't last long, as Lupica returned one round later to post the winning time of 35.59 seconds.

Anna Platek of Weston, CT, was the last ride on course and she piloted her own Aisha to a clear effort in 40.76 seconds, sliding into second and bumping Morales to third.

Lauren Paddock of Spencerport, NY, and her own Chacca Blue claimed the fastest four-fault ride in the jump-off in 34.61 seconds for fourth. Platek rounded out the top five on her other mount Vindoctro with four faults in 37.87 seconds.

Lupica and Platek, both 16-years-old, train with Amanda and Juliana Starbuck at Starbuck Equestrian in Ridgefield, CT, and were quite pleased with a little friendly competition among barn mates.

“Since there weren't any going clean, we were planning to take it slow and both go double-clean,” said Lupica. “But, after we saw the one clear we knew what we had to do.”

Hypnose Van Paemel is new mount for Lupica and their partnership is already off to a promising start. “We've been second a lot lately, so winning today was nice,” she added. “She has an attitude, but wants to win, so she helps me out all the time. I really like how she sets a pace by herself and will learn the track for you if you let her.”

Lupica put Hypnose Van Paemel's speed and impressive turning ability to good use on Sunday, while Platek relied on Aisha's huge stride to get it done.

“She's a completely different ride for me – I'm not used to just a big stride,” said Platek of her Ten-year-old Dutch Warmblood mare. “I just got her at the end of the winter circuit, so I am happy that we are putting in consistent, clean rounds.”

Both Lupica and Platek have set their sights on Marshall & Sterling Finals in September, as well as qualifying for indoor competition this fall.

Also on Sunday, Alyssa Kinsey of Danville, NH, and Grisset won the $2,500 Marshall & Sterling Adult Jumper Classic for the second week in a row. Danielle Torano of Wellington, FL, and her own La Scala took blue in the $5,000 NAL Low Junior/Amateur-Owner Jumper Classic

In addition to prizes inside the ring, the Horse Sport Canadian Sportsmanship Award was also presented on Sunday. James Gillam, who operates G & G Sporthorses in Halton Hills, ON, accepted the prize after week 2 at the Vermont Summer Festival. The new award, sponsored by Horse Sport Magazine, Canada's most respected equestrian magazine, will be presented each week during the circuit, with the winners collecting several prizes, including a subscription to Horse Sport magazine.