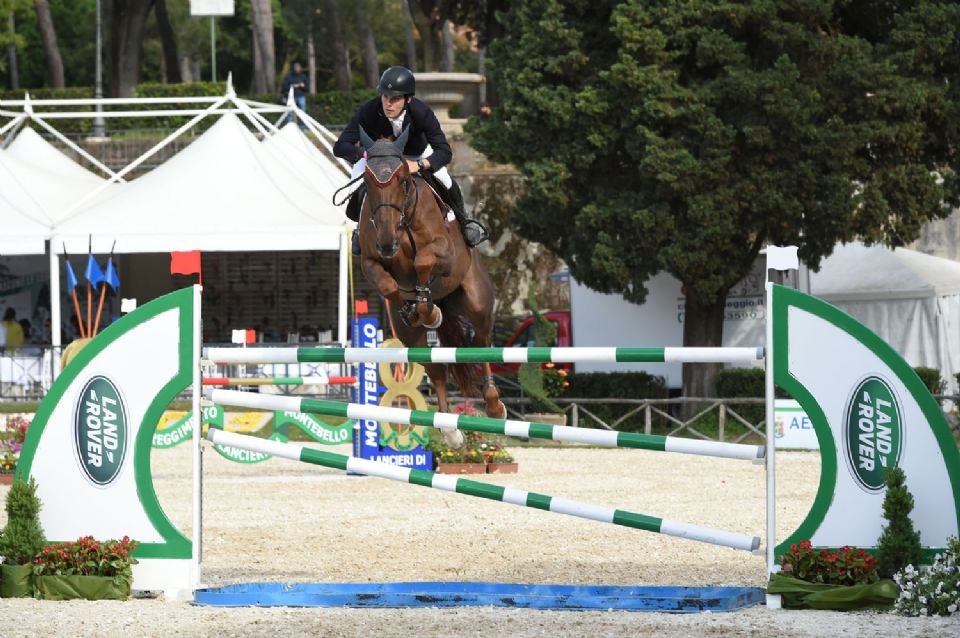 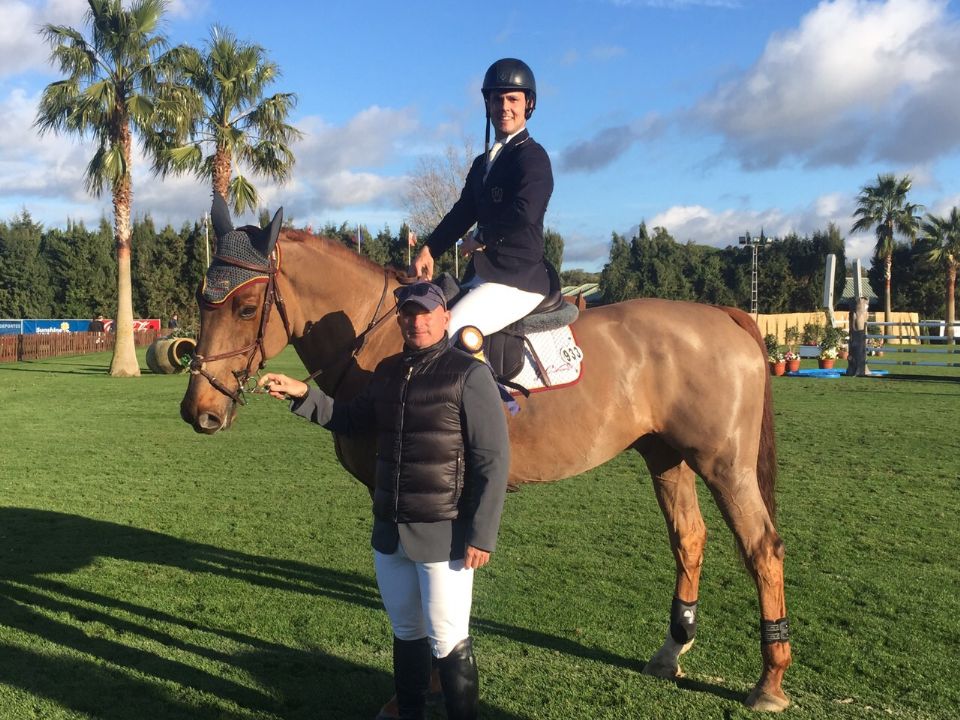 G&C Farm Europe has been recognized by the popular Spanish equestrian website, Cabalarium, for their support of Spanish Equestrian sport and rider Sergio Alvarez Moya. G&C Farm Europe is owned by Gustavo and Carolina Mirabal and based in Madrid, Spain. The Mirabals are successful amateur jumper riders and have been working with top-ranked show jumper Sergio Alvarez Moya for nearly one year.

Cabalarium contributor Carolo Lopez-Quesada stated, “I want to praise Mr. Gustavo Mirabal, G&C Farm's owner, for the great contribution he is giving to our sport. There are not many sponsors of this quality and this level that come into our country to contribute just like Gustavo Mirabal is doing, to the highest level of the sport and making a difference through the sponsorship of Sergio Alvarez Moya.”

Since Moya joined the G&C Farm Europe team in March, he has seen great success with the horse that he owns with G&C Farm Europe, G&C Quitador de Rochelais, a 10-year-old Selle Francais gelding by Jamac. Moya and Quitador won in Rome and Vejer de la Frontera, placed second in the puissance at CHI Geneva and were second in Madrid, third at CSIO Gijon, and fourth at CSIO Rome. They also contributed to the Spanish Equestrian Team by competing in the Nations Cups in Dublin, Falsterbo, and Gijon.

Moya brought G&C Quitador to the FEI European Championships, and Lopez-Quesada related, “When there was a Spanish rider that was not sure his horse could participate, Gustavo Mirabal and Sergio Alvarez Moya offered their horse to be at complete services of the Spanish team, and even though in the end it was not necessary, what they did and their gesture honors them.”

The collaboration between Moya and G&C Farm Europe is growing in 2016 with the addition of three more horses co-owned in Moya’s string to keep him well-mounted now and in the future.

Lopez-Quesada noted, “Thank you Gustavo and Carolina. Here at Cabalarium we recognize your effort, your good will, your solid sponsorship, and your contributions to the Spanish Equestrian colors.”

G&C Farm brings exceptional horses and top jumper riders to the highest levels of competition. Their state-of-the-art, full-service facility is located in Madrid, Spain. The vision of G&C Farm is to improve the instruction and training of their top jumper riders and horses in order to seek a place at all preeminent tournaments.