On The Rail: Elizabeth Mellen Works Behind the Scenes to Help Make WIHS Happen

From the moment the Washington International Horse Show (WIHS) kicks off, it runs like a well-oiled machine, with everything planned to the minute and every detail polished. If you’re touring the concourse, you might see a young, blonde woman intently watching every detail, chatting with the vendors, and keeping an eye on things.

Elizabeth Mellen has the official title of Operations Director, and it’s her job to make many of the preparations for the show throughout the year that enable WIHS to run seamlessly. “I do a little bit of everything,” Mellen said. 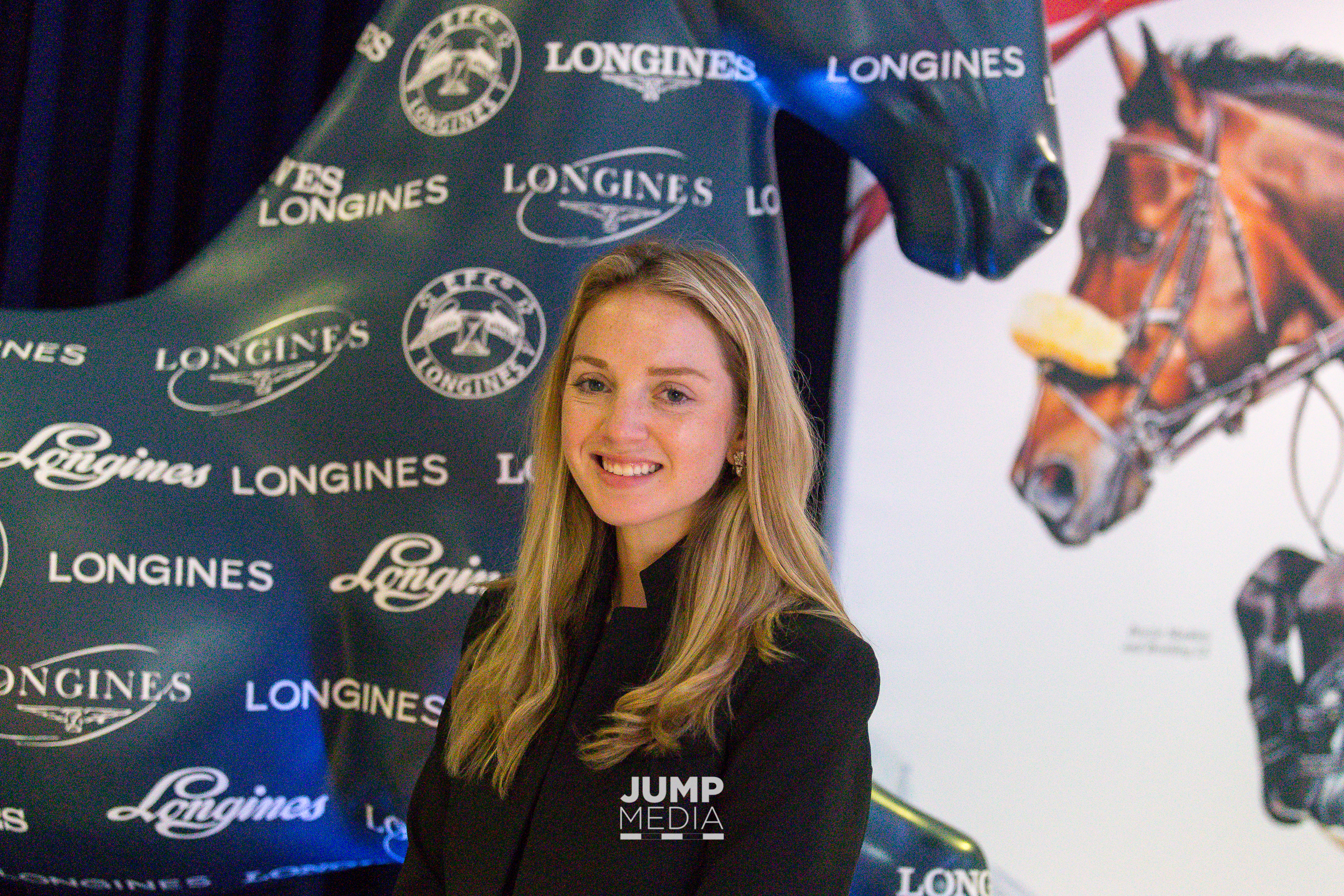 It’s her responsibility to work with the city of DC for permitting to shut down the streets around the Capital One Arena so that stabling can go up for the week. She also makes arrangements for hoses to be connected to the fire hydrants so that the tents have a water supply. Mellen oversees getting public assembly approval, which authorizes the show to host large gatherings of people in the arena.

In addition, Mellen recruits all the outside vendors for the show—tack shops, the candy booth, clothing shops and more—and handles the logistics related to them. Finally, she orders all of the awards given out to the competitors. “I do random other things like write or edit letters, do things with our board, a little bit of everything,” she said.

For Mellen, developing the connections with the vendors, staff, and officials with the show is a rewarding experience. “Building those relationships is one of the most rewarding parts of the show, and then watching it all unfold,” she said.

It’s Mellen’s second year working with WIHS. She grew up in Charlottesville, VA, in a horsey family, so she’s ridden her whole life, but she fell in love with the urban lifestyle and moved to DC. Finding the full-time position at WIHS gave her the opportunity to have the best of both her worlds. “It was kind of unbelievable to have the opportunity to work in the horse world, but be in a city, and be able to do it full-time,” she said. “I never, in a thousand years, thought that would work out. I knew I wanted to be in DC or another city, but I thought I would have to wait to go back to the horse world.”

Mellen drives to Charlottesville to visit about once a month, and will still hop on a horse every now and then. Her grandmother, Phyllis Jones, is a legendary Thoroughbred breeder, while her mother, Robin Jones Mellen, is also a lifelong rider. “I like to show, but not too much,” Mellen said. “I rode pretty casually in comparison to my mother and grandmother.”

A graduate of the University of Virginia, Mellen worked for The Madeira School in McLean, VA, and George Washington University in DC, before finding her role at WIHS. “My background is in non-profit development, fund-raising, and alumni relations,” she said. “Washington is a non-profit, so I have the flexibility to work on all kinds of different things at the show, so it’s fun to be learning a different side of non-profit management.”

During the majority of the year, Mellen walks to the WIHS permanent office. But for the week of the show in late October, she Ubers to Capital One Arena. “The Uber driver always asks why I’m going to Capital One Arena at 6 a.m.,” Mellen said. “Then they see the tents on the street, and they’re so intrigued to hear about the horse show happening. So I’ll be like, ‘Oh, I’ve got vouchers in my purse, here you go!’ Show staff are given a bunch of ticket vouchers, and all of mine go to Uber drivers. It’s a fun little ritual.”

Mellen spends a lot of time with paperwork and at the Department of Consumer and Regulatory Affairs office for permits throughout the year, but when the show starts, she enjoys seeing the results of that hard work. “The biggest thrill is watching it all come together,” she said. “I like the whole mission of giving access to horses to a community that isn’t familiar with this world. It’s great for me, being in DC and being positioned to so easily do that.”